As the Iowa wrestling team moves deeper into its Big Ten schedule, something is amiss and coach Tom Brands is determined to figure it out.

More precisely, Brands wants to figure out what is going on with Jaydin Eierman.

The Hawkeyes’ 141-pound senior is 11-0 on the season but getting there has been an adventure.

The second-ranked senior, a four-time all-American and runner-up at the 2021 NCAA Championships, hasn’t recorded a bonus point for Iowa since winning a major decision against Iowa State’s Zach Redding on Dec. 5.

In his five wins since, he has won three decisions by a single point.

Eierman scored just one takedown and needed a pair of third-period escapes to hold off 25th-ranked Parker Filius of Purdue 7-6 in the Hawkeyes’ dual win Sunday.

His recent work includes overcoming an 11-2 deficit to win 13-12 in a match against Central Michigan’s seven-ranked Dresden Simon.

“That’s not excitement. That’s hard-on-the-ticker excitement,’’ Brands said. “What we want is excitement where we control things, where we’re up big in the third period, controlling what’s taking place in the match.’’

“This is a sport where greatness is required,’’ Brands said. “You must prepare yourself and we’re less than three months out now from the objective. … He has to do better. You cannot just show up and flip a switch.’’

Iowa lists both Eierman and junior Drew Bennett, a transfer from Northern Iowa, as lineup possibilities at 141 for duals this weekend.

Brands is looking for continued progress from the Hawkeyes (8-0, 2-0) at every weight.

“There’s not a whole lot of patience for complacency right now," Brands said. “… The hardest critics on our guys are themselves. I’ve said that for a long time and that hasn’t changed.’’

True freshman Drake Ayala will face a third-straight top-10 test in his match at 125.

Northwestern senior Michael DeAugustino is ranked sixth this week and would be the third consecutive opponent ranked in the top seven nationally that Ayala has faced since stepping into the lineup last weekend.

DeAugustino is 2-0 on the season, making his season debut last weekend.

It’s a challenge both Brands and Ayala welcome.

“He is the guy,’’ Brands said. “He just needs to get ready for his next match. That’s all that matters, rankings or not. It’s just another opponent and it’s important because it is the next opponent.’’

Ayala said his preparations really haven’t changed since Spencer Lee opted to undergo surgery that will require him to miss the remainder of the season.

“I was preparing to be out there for each match all along,’’ Ayala said. “At Iowa, that’s the way it is every week. You’ve got to be ready every single day. I’ve stayed ready my entire time.’’

Brands has also been pleased with the recent readiness of Max Murin at 149, labeling him “a warrior.’’

Murin views that toughness as a byproduct of his southwestern Pennsylvania roots.

He sees a little of the same in Ayala.

“Drake is so good at wrestling. That single leg he hit last weekend was so fast. For a 19-year-old freshman, you don’t see that from a lot of guys,’’ Murin said. “He is so good at that. He has a great future in front of him.’’

Iowa is no longer the top-ranked college wrestling team in the country.

Iowa comes from behind to defeat Nebraska women

Nebraska, which was without its top two scorers, raced to a 30-14 lead in the first quarter. But Iowa took a one-point lead into the fourth quarter and outscored NU 9-2 in the closing minutes.

Beyond searching for its first Big Ten road win of the season, the Iowa basketball team finds itself dealing with the Minnesota makeover Sunday.

It’s gotten to the point that when the bus pulls up to the arena door, Lisa Bluder figures the Iowa women’s basketball team is going to play that day.

WASHINGTON — From the inaugural platform, President Joe Biden saw American sickness on two fronts — a disease of the national spirit and the one from the rampaging coronavirus — and he saw hope, because leaders always must see that.

There are wrestling duals and then there are duals like the one second-ranked Iowa is preparing for this week.

Tyler Linderbaum made it official Friday.

MINNEAPOLIS — When Filip Rebraca watches tape of his work in Iowa’s 81-71 win Sunday at Minnesota, coach Fran McCaffery wants him to watch every second closely.

In a letter sent to parents of University of Iowa football players, coach Kirk Ferentz disputes reports that an advisory committee he formed to help a more inclusive culture within the program has been dissolved. 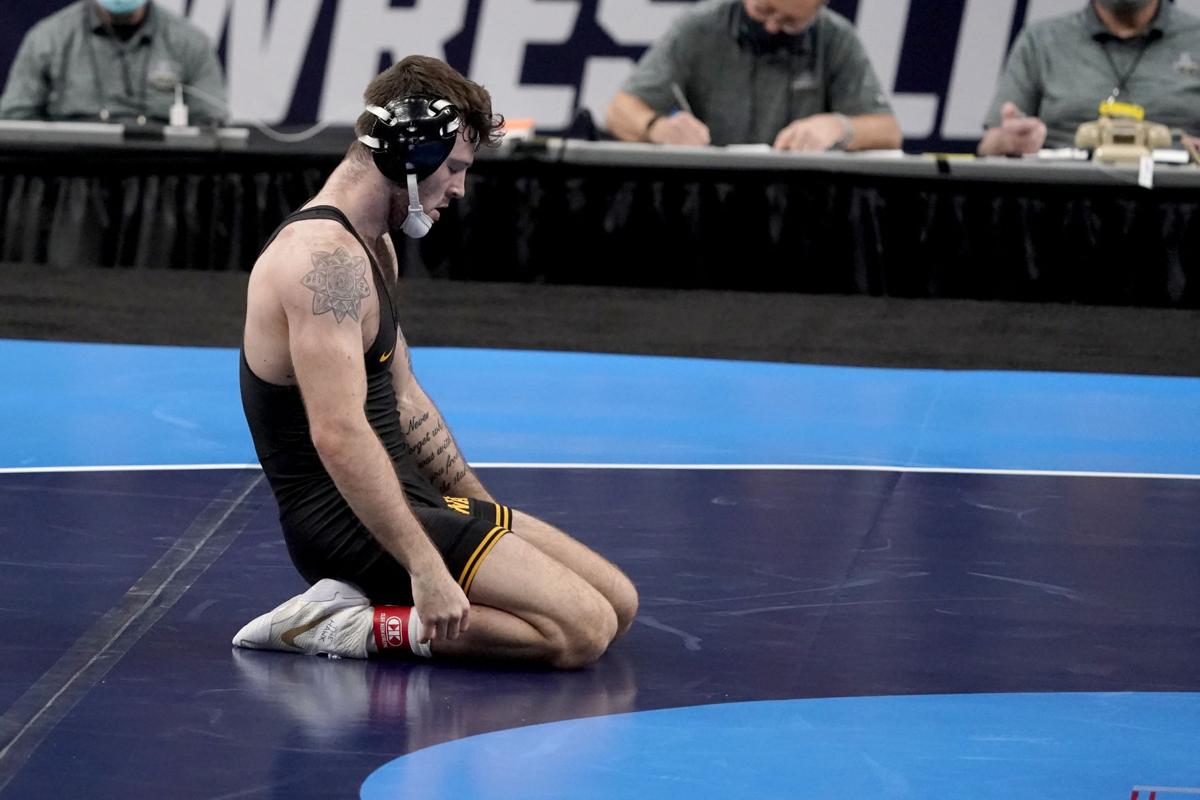 Iowa's Jaydin Eierman reacts after losing to Penn State's Nick Lee during their 141-pound match in the finals of the NCAA wrestling championships last March. Eierman is undefeated this season, but Tom Brands said his senior "has to do better." 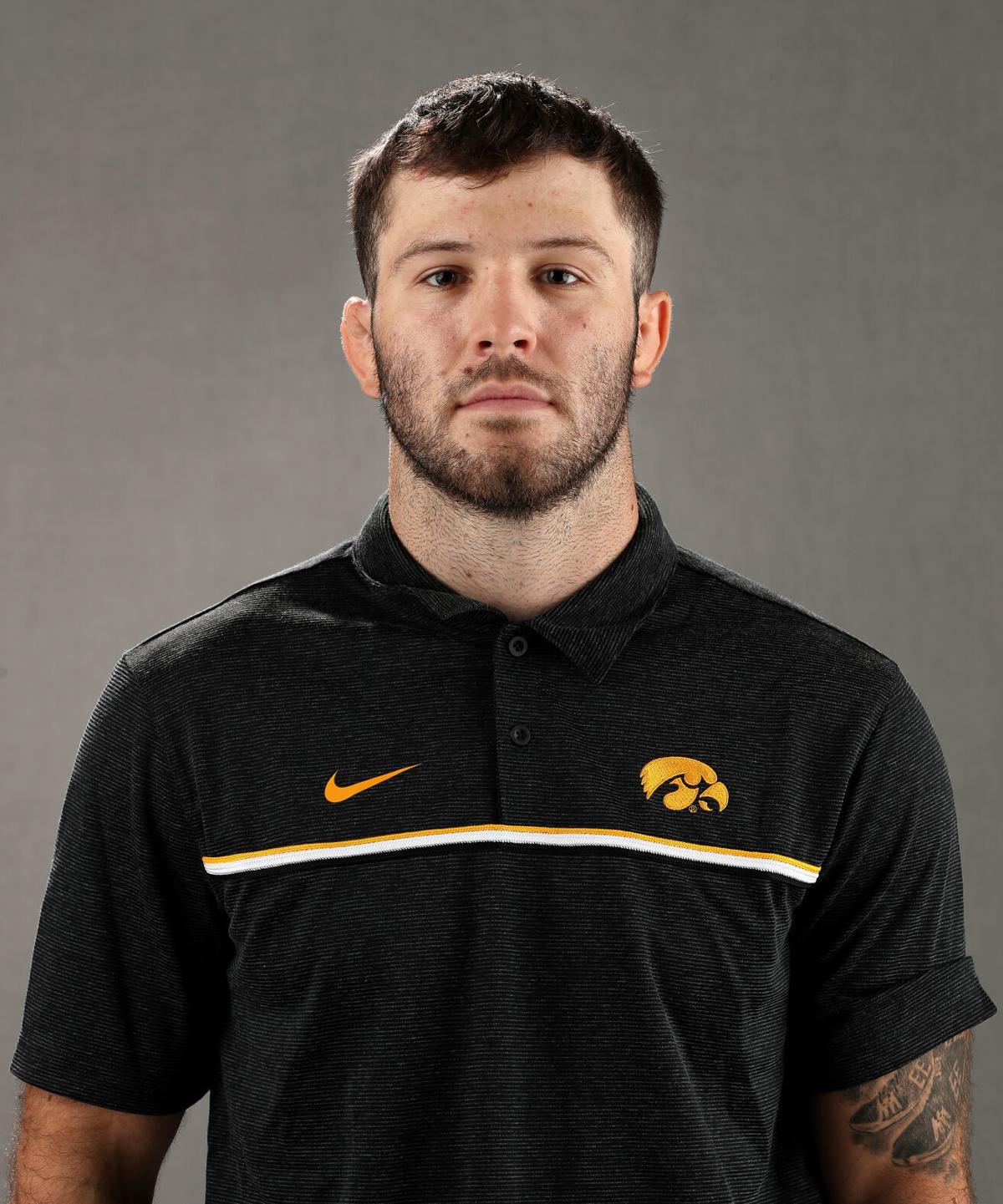