Brian Dahl and Jeff Hegwer know the risk of going into work every day. But they also know the reward.

The two janitors at John Adams Middle School have been working at the school for around a year, and their world flipped upside down on March 16 – the day Mason City announced school was closed due to COVID-19 concerns.

Since then, janitors around the district, state and nation have been on overdrive working extra hours and learning new procedures during the spring and summer in an effort to bring students and staff back to school safely.

Dahl has 14 grandkids and Hegwer has five – and some are in the Mason City district. It’s important for them to keep things clean.

“The guys, we all kind of talk and stuff, too. My wife’s a teacher here, so I like to keep things safe for her,” Dahl said. “Like I said, I’ve got 14 grandkids. If you’ve think of all the kids in here as part of your kids too. They’re our future. They’re kids. You’ve got to keep them safe.”

While keeping the community safe is the goal, to say that every day has been sunshine and roses would be wrong. There’s been overwhelming days and challenges – like any other profession at this time.

“It’s been a lot more work. In each position here, the amount of work, they added a bunch of hours that it takes to do this,” Hegwer said. “We’ve got creative and got help to use the resources and make it work.”

But unlike the most other professions, there’s a scary reality that if janitors don’t do their jobs correctly, lives could be at stake. Hegwer doesn’t outwardly think about it this way, but it does sit in the back of his mind.

“It’s a high risk, but it’s really not any different than anybody else,” Hegwer said. “You can catch it anywhere. The more we do, the safer it is. I’m comfortable with what we’re doing. It’s frontline work. You’re in the trenches. Someone’s got to do a great job to make sure things are safe.”

The two, along with other janitors in the district, have been working hard all summer. One big point of emphasis in the Mason City district has been touching points. Door handles, hand rails, call buttons and light switches are constantly sanitized. If things look clean, that doesn’t necessarily mean they are.

“The process of cleaning stuff, it used to be if everything appears to be clean, it’s good. Now it’s not good enough. Appearance is nothing,” Hegwer said. “A dirty carpet or classroom or garbage can-full is appearance. Now it’s way more important than that.”

According to Hegwer, there are three levels in the process of cleanliness. Objects looking clean, being sanitized and actually being safe is the order in which janitors operate. In order to make things safe, that extra work to go through the levels of cleanliness is necessary.

“Certainly it’s worth it. It’s a huge investment in ourselves and our community and our youth,” Hegwer said. “You can think this things isn’t real, but it’s real. And it’s invisible. You don’t ever know so you just do the extra safeguards and stuff to make sure you’re covering your bases as best you can.”

Both custodians are happy with the administration and the efforts to keep janitors in the loop and prepared with the right supplies. If someone’s got to do the dirty work, these two want it to be them.

“My grandparents, when I was younger, used to say you can think of bad things that can happen to you – and that’s going to happen in life anytime,” Dahl said. “This is not a good thing that’s happened to everybody, so how are you going to react to it? Dig in a little deeper.”

In North Iowa, school cancellations, delays and early outs related to weather aren’t uncommon. Most of the time, the weather has to do with ex…

Masked and ready, students at Mason City and Newman Catholic were back for the first day of school on Monday.

Students gathered at Newman Catholic Elementary on Monday morning, eager to get into the school that they've been shut out from since March.

The highlight of Monday night's Osage School Board meeting was the principals' reports from Lincoln Elementary, the middle school and the high…

River City Sculptures on Parade will hold an unveiling ceremony at 9 a.m. at the Mason City Arena.

A Clear Lake city employee caught on video assaulting a man at a construction site in May entered a written Alford plea Thursday in Cerro Gordo County District Court.

The Mason City Community School District and the Cerro Gordo County Public Health are not disclosing positive COVID-19 cases to the community.

The county is eligible for the money after a recent announcement from Gov. Kim Reynolds.

A new medical helicopter is coming to the skies of North Iowa.

The Central Springs Community School District is now accepting bids for construction and improvements to the high school football field in Manly. 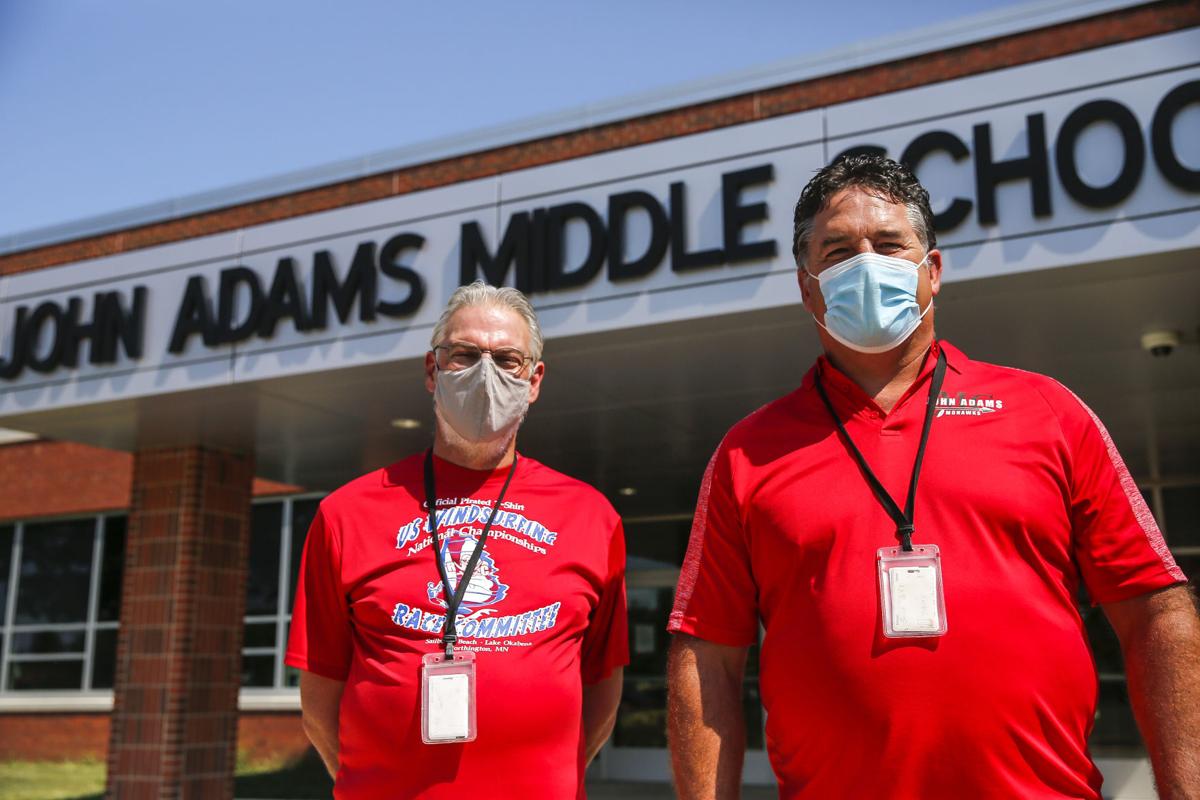 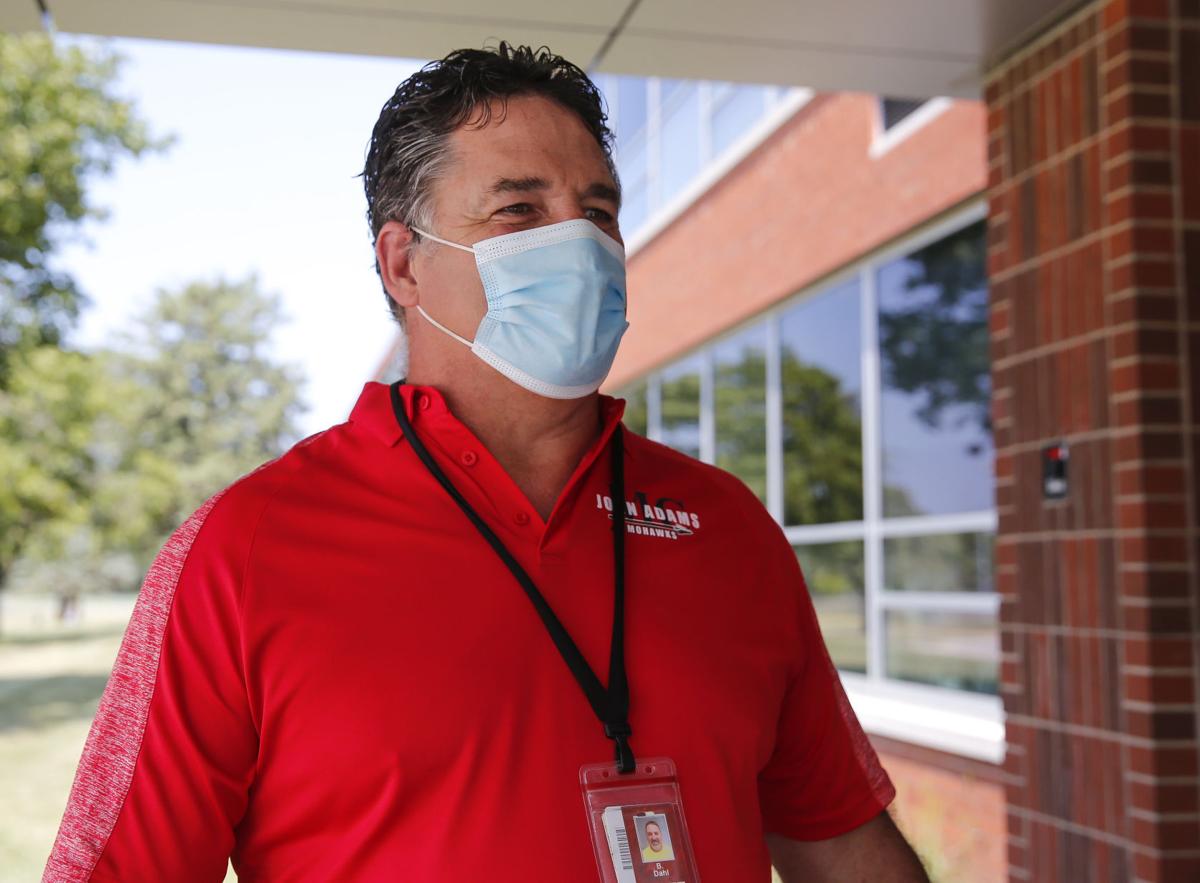 Brian Dahl talks about his daily routines as a janitor, which have changed due to COVID-19 concerns. 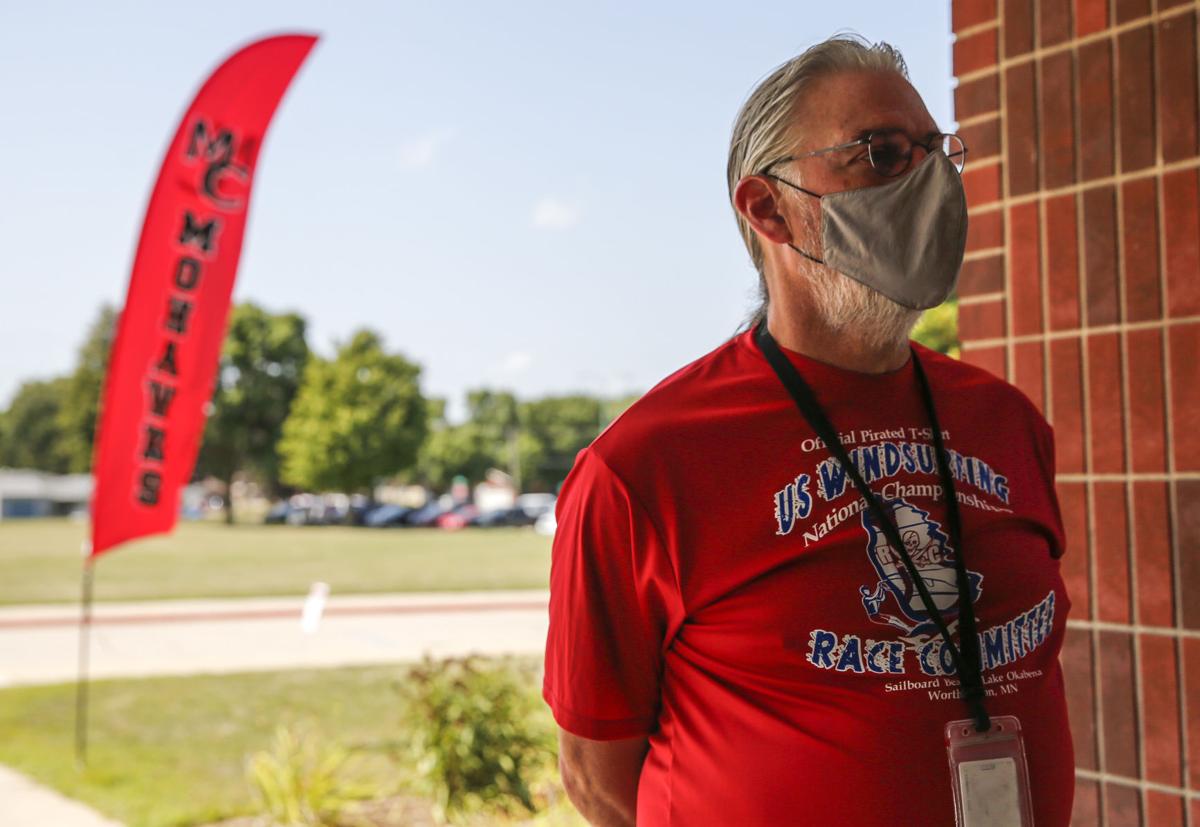 Jeff Hegwer talks about his daily routines as a janitor, which have changed due to COVID-19 concerns.