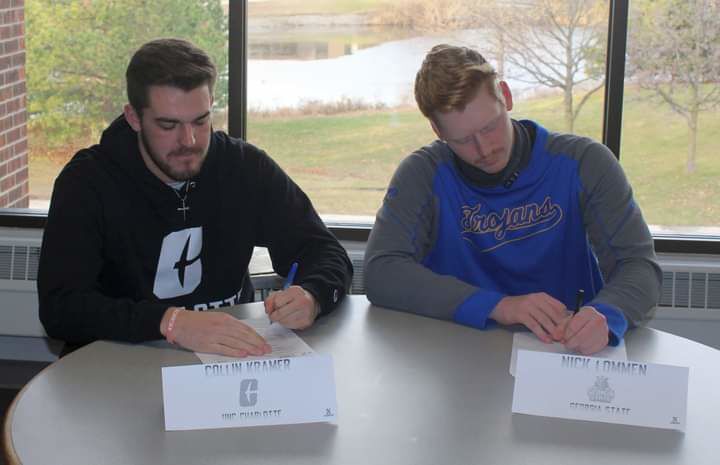 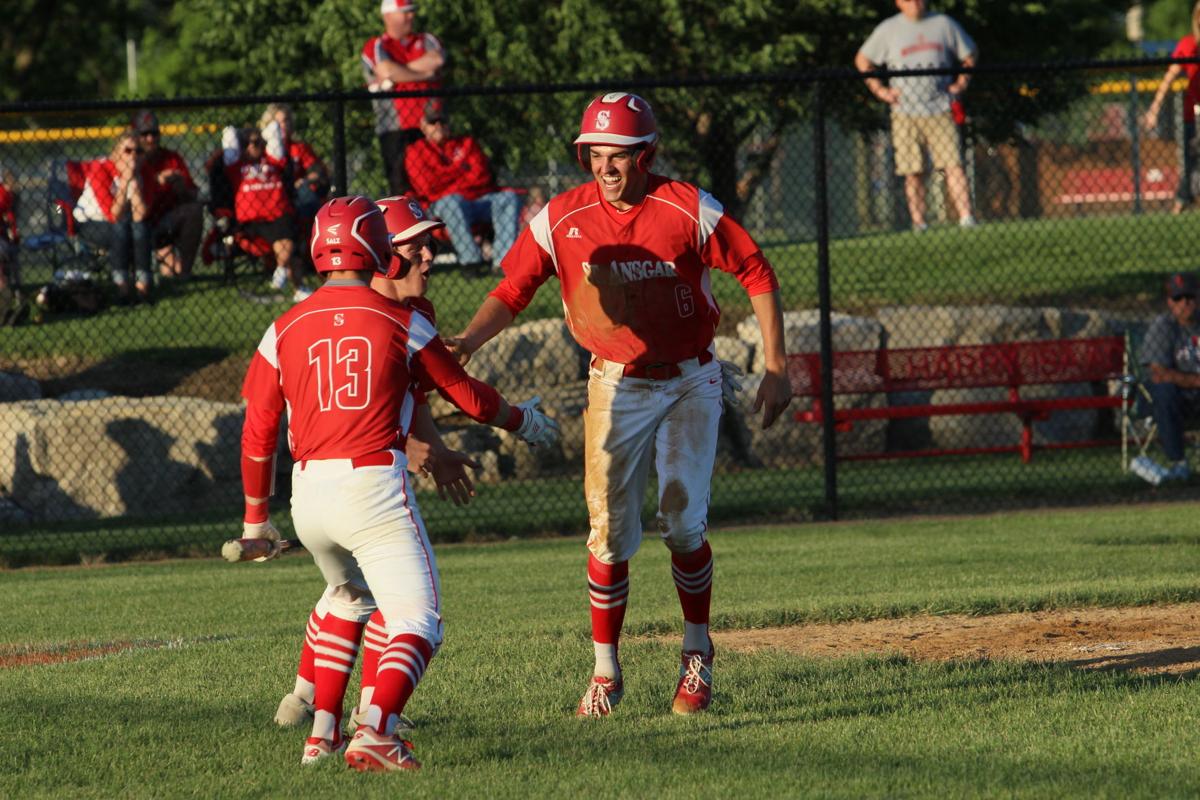 Colin Kramer celebrates with teammates after safely sliding into home.

Kramer and fellow NIACC lefty pitcher Nick Lommen both signed their national letter of intent on Wednesday, and both will be going on to play Division I baseball. Lommen, who hails from Minnetonka, Minn., signed with Georgia State University, while Kramer will play for UNC-Charlotte, in Conference USA.

Kramer pitched in only three games in his lone season at NIACC, before COVID-19 caused the NJCAA to cancel the spring sports season. In those three games, Kramer pitched six innings, allowed seven hits, and finished with a 4.50 ERA. Kramer played on varsity for five seasons for the Saints, and was named a First Team All-State player by the IHSBCA in both his junior and senior years.

Kramer played on varsity for five seasons for the Saints, and was named a First Team All-State player by the IHSBCA in both his junior and senior years.

"It feels good to finally have it over with and focus on the now," Kramer said in a NIACC press release of his commitment to the 49ers. "I really liked the development they have on their pitching side."

Lommen pitched in eight innings over two games in 2020 for the Trojans, with nine strikeouts and a 3.38 ERA. He joins a Panthers team that went 9-7 this past season, and 15-41 the year before.

"It's awesome," NIACC head coach Drew Sannes said in a press release. "It's a testament to the time they have put in here. Those guys have seen massive growths since they've got here. It comes down to them going all in. They've taken the time to be very detailed in their process. It's a very rewarding feel for both of them."

NIACC's Sarah Bertry racks up accolades after arriving from France

There are a lot of things that Sarah Bertry has had to adjust to in her two months living in America.

The presidents of the Iowa Community College Athletic Conference (ICCAC) schools, including NIACC, have decided that there will be no spectato…

Colin Kramer celebrates with teammates after safely sliding into home.