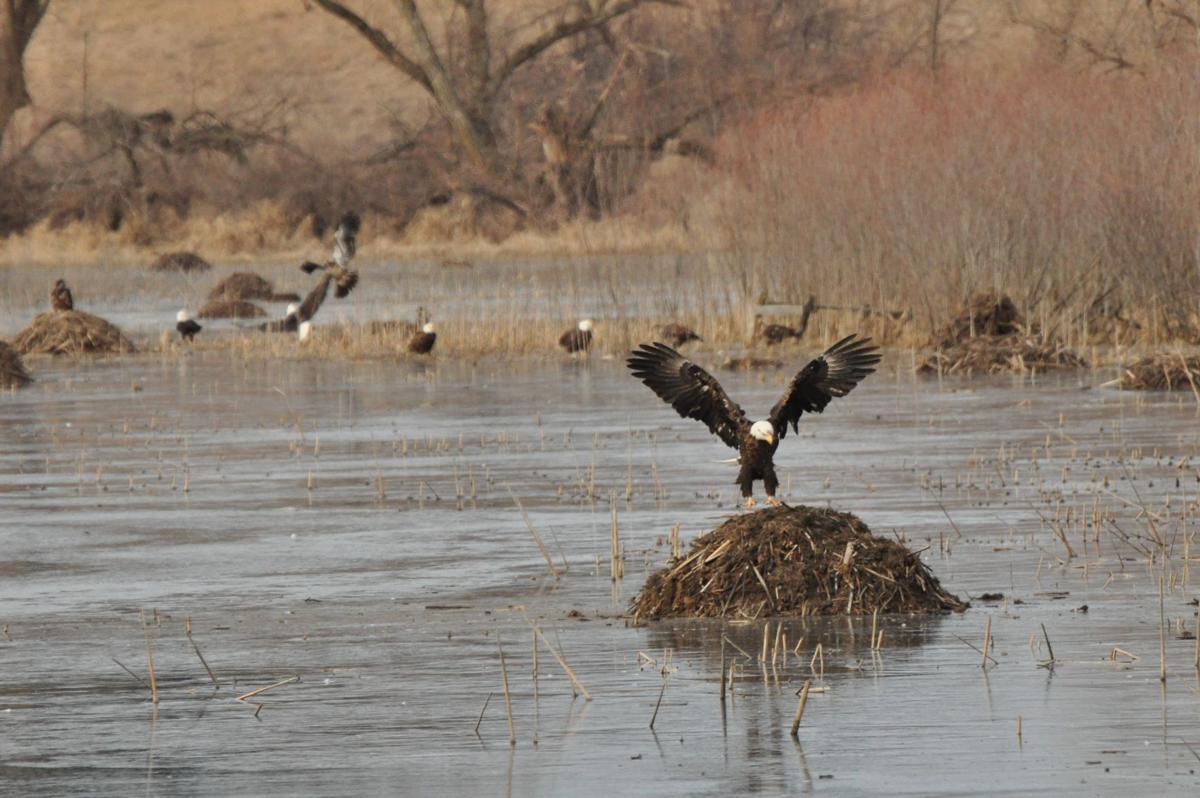 A mature bald eagle comes to land in Ventura Marsh near Clear Lake. 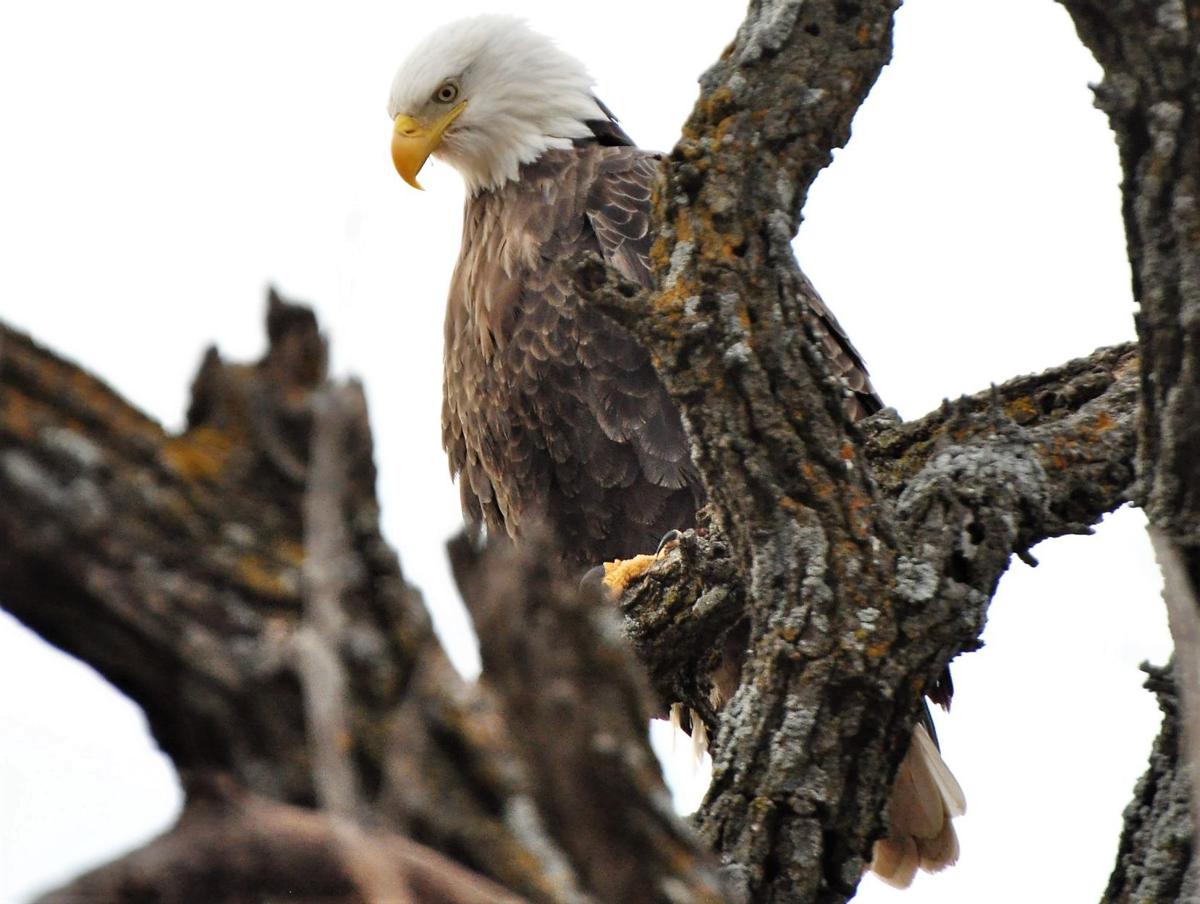 A mature bald eagle perches in a tree. 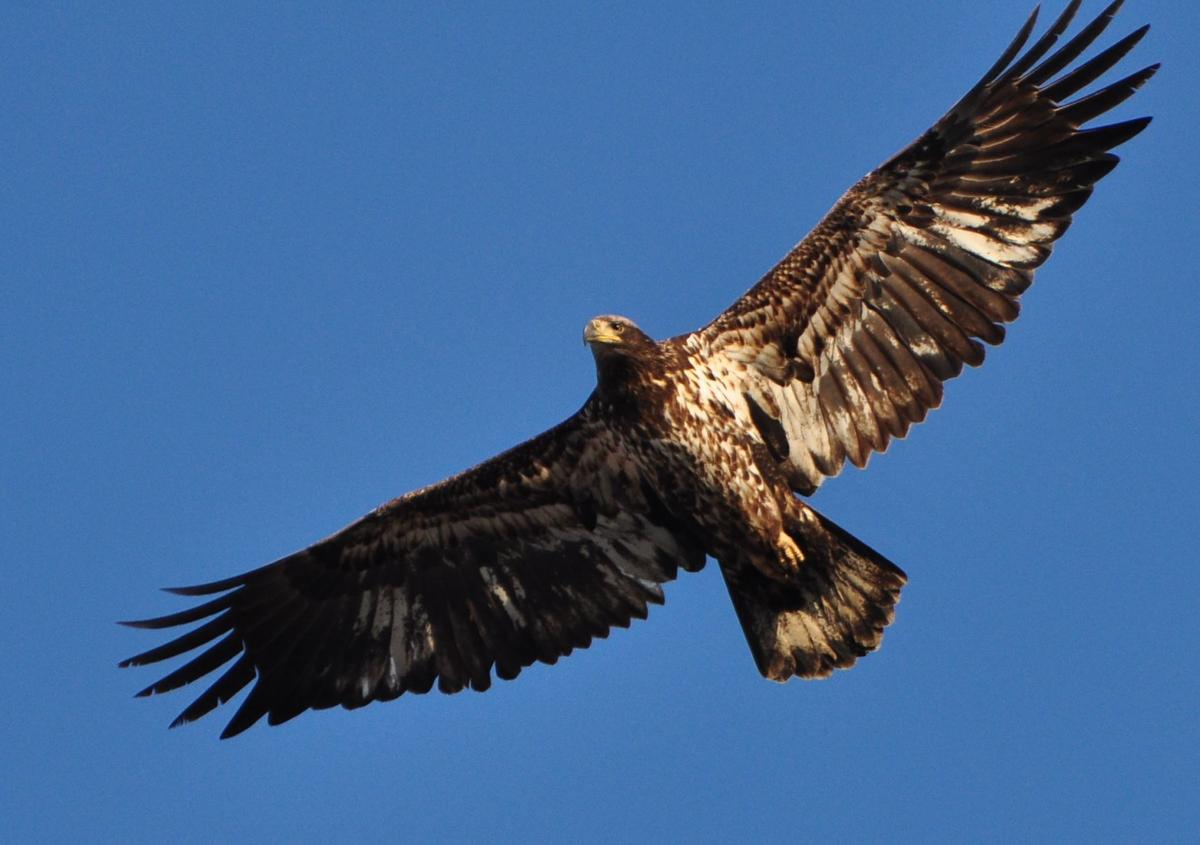 An immature bald eagle in the sky over Ventura Marsh.

This year’s spring migration of bald eagles through Northern Iowa will certainly qualify as one of the best in our lifetimes.

Observing our national emblem never grows old and the majestic birds are certainly creating a lot of local excitement.

It seems that no matter where you happen to go these days, people are talking about eagles. Everyone is eager to tell their story about what they’ve seen. Many of those comments focus on the sheer number of eagles currently passing through our area.

It’s an impressive sight to be sure; but perhaps the migration’s most positive aspect is number of immature eagles being seen — a clear sign that the population is healthy and growing. It wasn’t all that long ago, of course, that spotting a bald eagle of any age was an all too rare occurrence; catching a glimpse of a young eagle was something that almost never happened in our corner of the world.

My most dramatic personal encounter of the 2017 migration occurred late last week while photographing waterfowl at Clear Lake. There were several eagles nearby. Some decorated the trees while others rode the wind, chattered warnings to other eagles who ventured into their personal space, or occasionally locked talons in the sky.

Following several minutes of frivolous play, one of the adults decided it was time for lunch. Soaring out to the open water, the eagle soon took a position above a raft containing several hundred waterfowl — mainly canvasback and redhead ducks.

As the huge raptor moved directly overhead, the ducks became increasingly uneasy. When the eagle began to lower its flight, the uneasiness gave way to panic. Instead of flying, the ducks sought refuge underwater. The spray flew high as dozens of birds simultaneously headed for Davey Jones’ locker.

Having played the game before, the hungry eagle held its position until the ducks began heading back to the surface. As the fowl began to reappear, the raptor quickly chose its target. Dipping its extended legs into the water, the eagle deftly snagged a still submerged drake redhead and pulled it to the top.

The experienced adult made the whole event seem effortless. Without missing a wingbeat, and in an incredible display of power, the eagle easily lifted its prize from the water and carried the duck across the lake where both birds soon vanished behind the canopy of tall oaks bordering the Ventura Heights shoreline.

A mature bald eagle comes to land in Ventura Marsh near Clear Lake.

A mature bald eagle perches in a tree.

An immature bald eagle in the sky over Ventura Marsh.