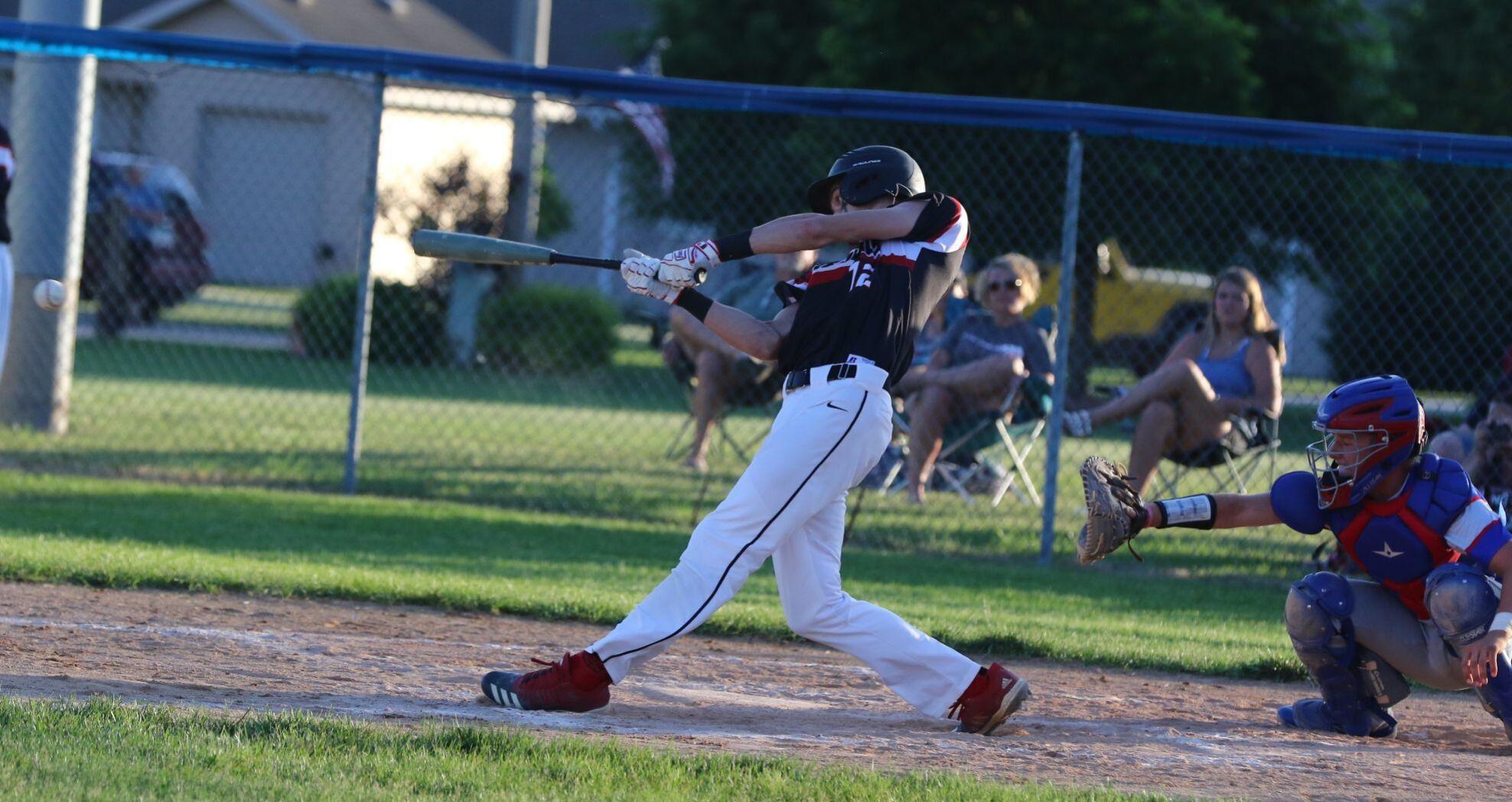 Garner-Hayfield-Ventura's Kevin Meyers makes contact with the baseball in a game against Northwood-Kensett on Tuesday, June 8 in Northwood. Meyers is one of five starters for the Cardinals that played soccer in the spring.

Mason City Engineer Mark Rahm has been with the City for 21 years and said he's never see anything like it: A six-figure private donation to make a street paving project happen. 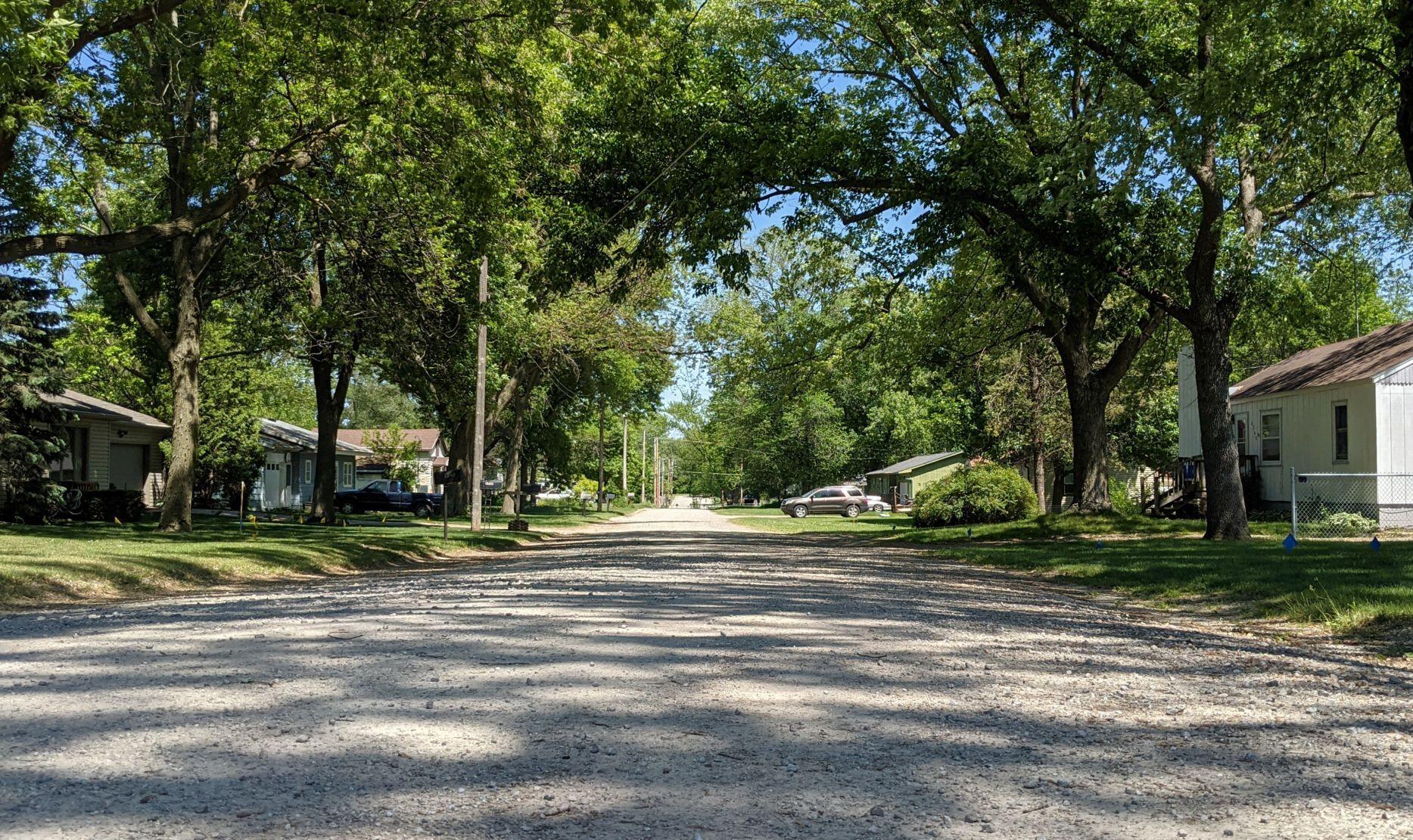 The stretch of 24th Street Southwest that runs between South McKinley and South Grover avenues will be paved using privately donated funds.

The road? 24th Street Southwest, between South McKinley and Grover Avenue, not far from the Newman Catholic High School football field. The amount? It's $140,000 to help cover the costs for grading, paving and restoration.

Rahm said that usually what happens is that a street project will be funded by the City through a road use tax (or local use tax) or by a special assessment for the property owners who abut the road.

In this case, Croell Inc. out of New Hampton won a contract bid of $159,679. The $19,679 or more not covered by the donation will come through road use tax. Rahm said there would be no assessment for the folks currently living on 24th Street Southwest.

"They’re going to have a new paved street and it’s not costing them anything," he said.

According to Rahm, the project wasn't even on the City's radar until he was contacted by the secret benefactor back in January. He said that that the neighborhood has had some streets paved in it more recently and that there’s only a couple of streets that still need to be paved.

"I talked to them and said: This is what you’d be looking at if you’re looking for a donation. And they agreed to it and the discussions went on further," he said. "Why would you not do that?"

From there, Rahm said that the City was able to get on a fast track for the project and got assistance from the engineering firm SEH. The donor isn't doing that sort of legwork for the project — that's under the City's purview. 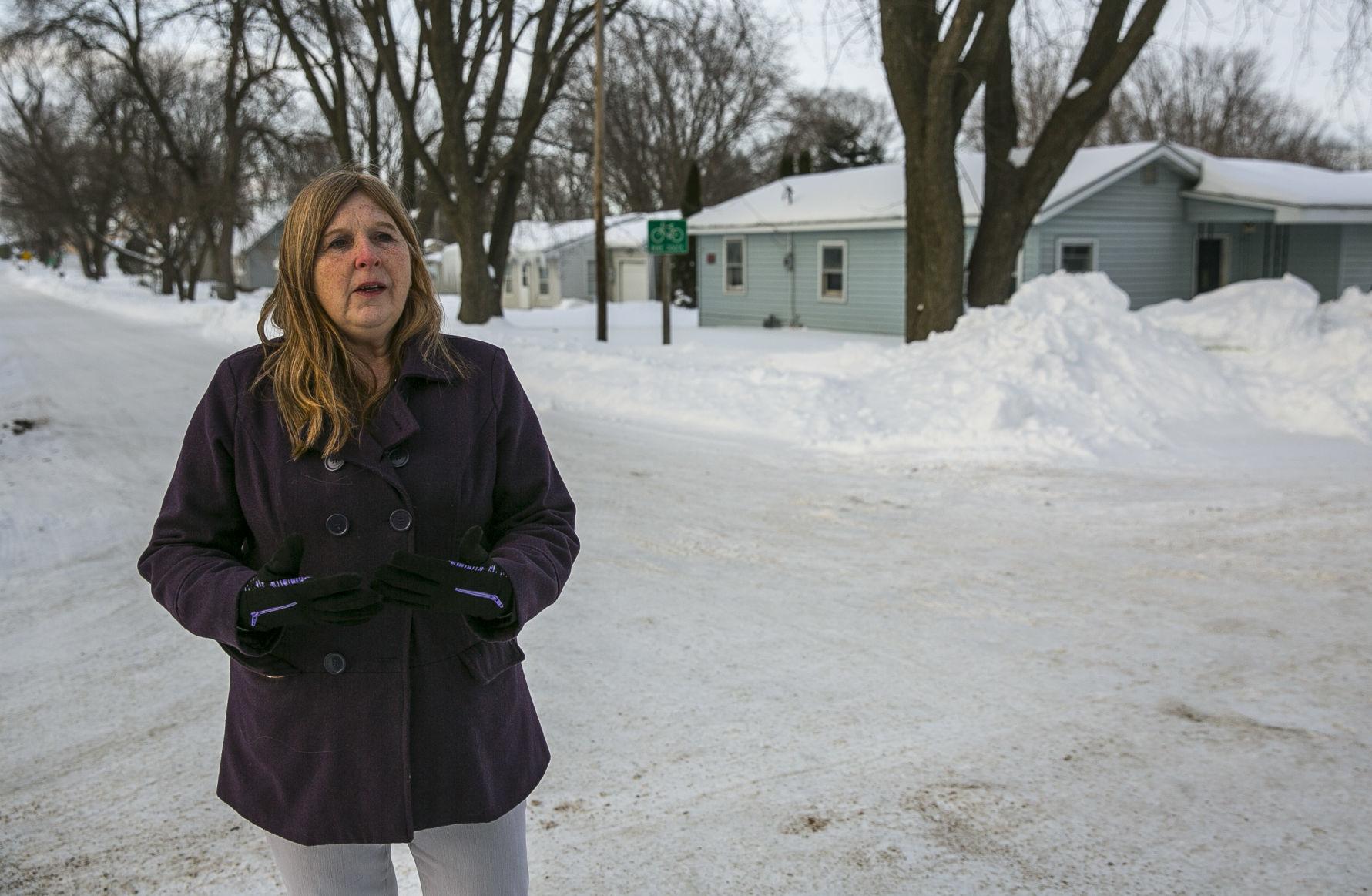 Diane Sanchez stands in an intersection near her home in the Central Heights neighborhood in southwest Mason City on Wednesday. For three decades, residents in the neighborhood have fought to have the streets paved.

Roger, who's lived on the street for a number of years and declined to give his last name, said that he's for the project under specific conditions.

"If that’ll cover the entire cost, then I’m all for it. If it don’t, then they can stick it," he said.

His fear is that it will trigger some sort of assessment on his property that he'll then have to pay out the wazoo for. "I don’t want to pay now for something that’s going to cost four or five times more than it would’ve cost when they should’ve had it done when they did all of the rest of them," he said.

Rahm, in a follow-up discussion, made clear that there won't be a special assessment rebounding to the residents there on 24th Street Southwest.

Rahm also said that such a special contribution to local infrastructure helps Mason City out in a big way.

"Now we have our storm control that we need as far as drainage off the street. There’s less maintenance. It eliminates the need for grading and putting down gravel. So it’s a win-win."

"They’re going to have a new paved street and it’s not costing them anything."

That's what the organizers behind the Country Thunder Iowa music festival in Forest City are betting on when concertgoers first come through the gates on Friday, June 11.

"Your (first) festival back, you’ll remember for the rest of your life," Country Thunder Director of Marketing and Media Relations Gerry Krochak said.

In 2020, the festival didn't happen due to the COVID-19 pandemic and in 2019, the event took place under the "Tree Town" banner. So it's not merely the first festival back, but the first iteration altogether in its new format.

Tree Town is no more.

Despite the yearlong delay, Krochak said that organizers were able to retain almost all of the artists who were set to perform for the festival in 2020. Which means that attendees can expect to hear from of-the-moment Billboard chart behemoths such as Kane Brown and Old Dominion as well as long-running bands like Lonestar and a group out of Jacksonville, Florida that goes by Lynyrd Skynyrd.

"The biggest, most-established acts and the young up-and-comers," as Krochak said. "(It) takes a lot of planning and a little bit of good luck." 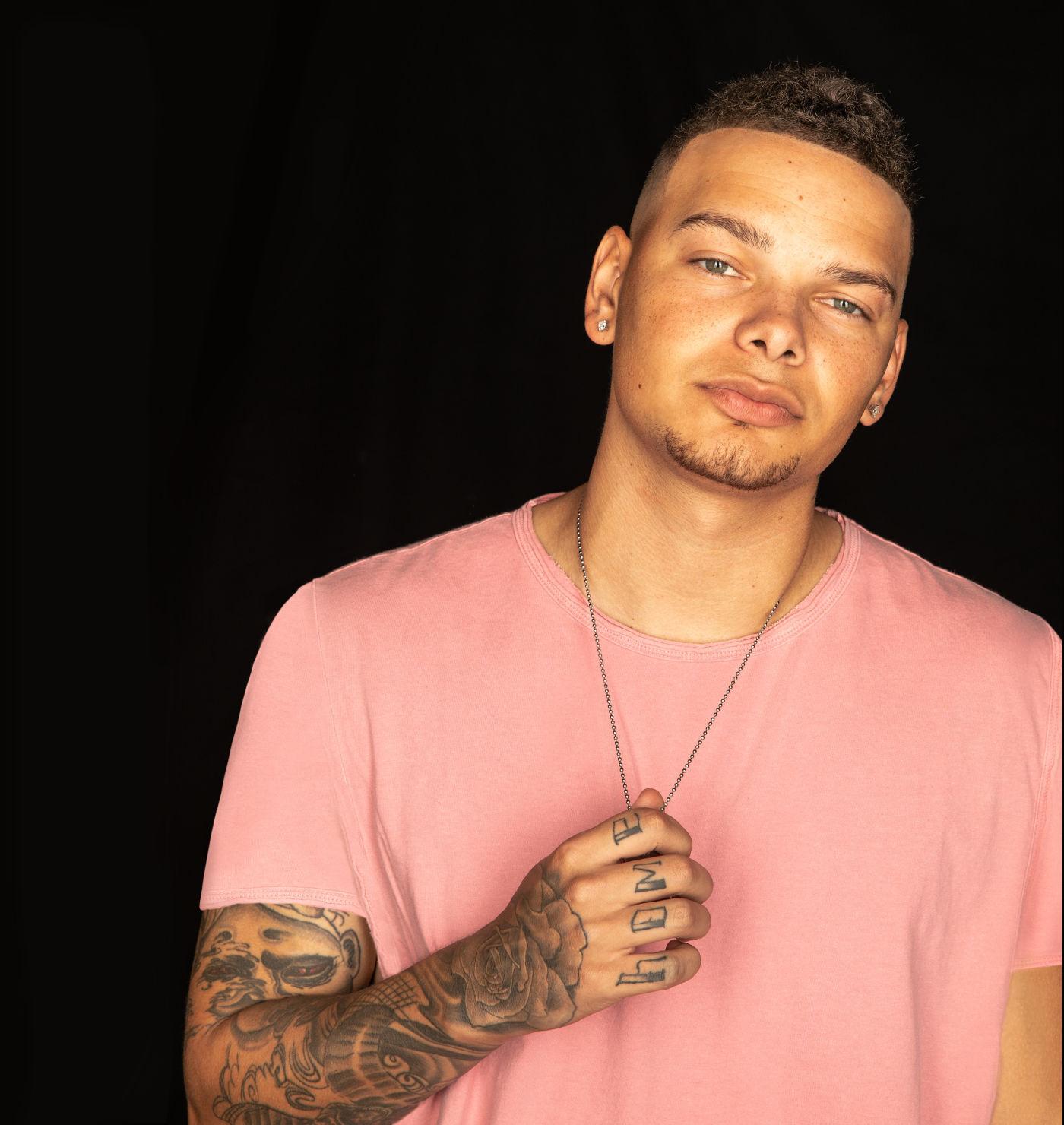 One of those up-and-comers is Florida-native Nolan Sotillo, who's kicking off the entire festival on Friday, at 4:30 p.m. The self-described "soulful country rock" artist is new to both the festival circuit as well as performing in Iowa but said that he has a plan for how he'll approach his set.

"We’re here for good music and I hope people can appreciate my stuff. I know I’m an opener, I’m embracing that role," he said.

Sotillo, who listens to artists as unrelated as George Strait and Pink Floyd, recently released his single, "Stop," which he said took patience because it was written more than a year ago but not put out right away in part because of not being able to tour on it due to the pandemic. "Finally putting out music is exciting and it opens up so many doors," he said. 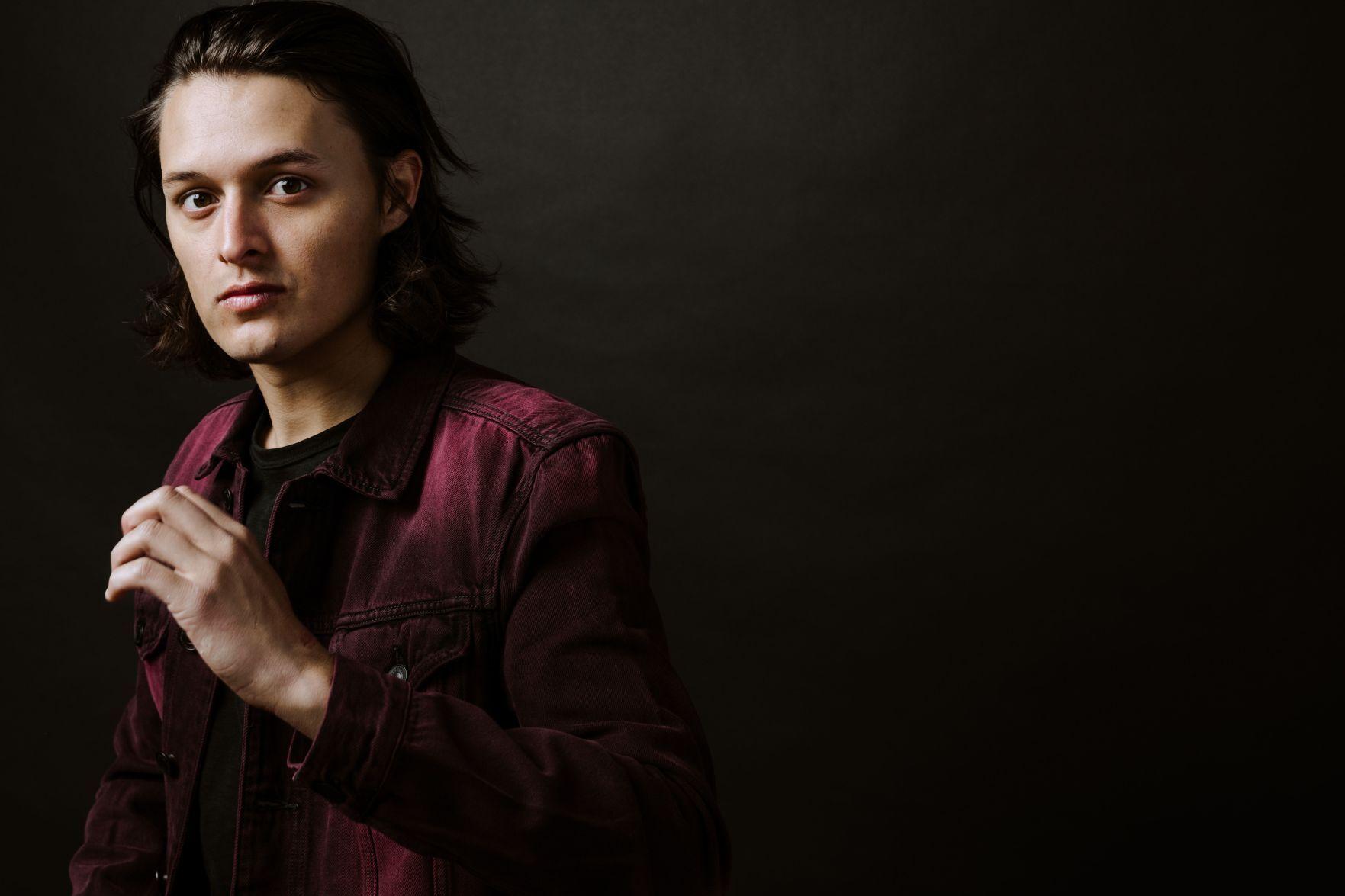 The Florida native said it's his first time playing a festival, as well as any show in Iowa at all, and that he's hoping to set a tone that let's folks know they're in for a good time.

Playing a festival such as Country Thunder is one door opening for Sotillo and he said he's treating it as a way to set things off for the audience, but also as a possible learning experience.

"I’ll only be there Friday but just learning from guys who played so many shows. They’re pros. I’m a professional too but I’d like to think I can learn," Sotillo said. Following the show, he shared that he's headed back to Nashville to continue work on his latest project.

After Sotillo, festivalgoers will see the southern rock group The Cadillac Three at 6 p.m., the all-over-the-map duo Big & Rich at 8 p.m. and the pop-tinged Old Dominion at 10 p.m.

On Saturday, festivities begin with the fusion-heavy Payton Smith at 3 p.m., followed by the "High Class White Trash" balladeer Jenny Tolman at 4:30 p.m., then "Pretty Heart" singer Parker McCollum at 6 p.m., longtime performer Clay Walker at 8 p.m. and Kane Brown, whose 2018 album, "Experiment," debuted atop the Billboard 200 chart, finishes off the night.

Sunday, folks will hear from Canadian singer Meghan Patrick at 3 p.m., the reflective Troy Cartwright at 4:30 p.m., Lonestar, best known for "Amazed," at 6 p.m., "One Beer" artist Hardy at 8 p.m. and then, closing down the entire occasion, Lynyrd Skynyrd at 10 p.m.

"When we finish the festival and people leave with smiles, (we'll realize) that’s a very big thing that we missed," Krochak said.

Discount tickets for the festival are still available online at CountryThunder.com or through participating Hy-Vee locations. Single-day passes cost $75 a pop, while three-day tickets run $130.

Related
+4 The Pit Barbecue in Forest City is all fired up
Jared McNett
Updated Jun 8, 2021

Marc Wentz, who runs the business with his wife, talked about spending 300 hours building a smoker, major sales in small towns and shared grilling tips for the holiday.

On Monday night, the Clear Lake City Council announced that Adam Long had been hired as the new executive director for the Clear Lake Wellness Center.

Long comes to Clear Lake from Liberty, Missouri, where he currently serves as the head strength and conditioning coach at Liberty Hospital Sports Medicine. According to Clear Lake City Administrator Scott Flory, Long has nearly 20 years of experience in the field of health and wellness.

Long was among 15 candidates who applied for the position, but Flory said Long’s candidacy stood out.

“We had a very competitive field of applicants for this,” Flory said at Monday’s city council meeting. “I thought throughout the interview process that Adam (Long) struck me as what I thought was the best cultural fit for our community. ... I was impressed, and I know the (wellness center) committee was as well.”

At the city council meeting, Long spoke on the phone about his excitement over his new role.

“I’m sad to leave my current position … but I’m beyond excited to get to Clear Lake,” Long said.

Long will be in charge of Clear Lake’s $10.6 million wellness center. The 81,000-square-foot wellness center is a joint venture between the Clear Lake Community School District and the City of Clear Lake, and it will feature workout facilities, an indoor track, multiple hardwood courts and more.

The wellness center is currently under construction and is planned to be finished in December of this year. Once beginning his position, Long will assist the city of Clear Lake in the final steps of planning and logistics for the wellness center.

“The few times I’ve been up to Clear Lake, it did not take long to see what type of community you guys have,” Long said. “The vibe (in Clear Lake) is really, really cool, and I’m very excited to be a part of that.”

Long will be accompanied to Clear Lake by his wife, Carlie, who will be working in the Clear Lake Community School District, and their three children. Long’s first day in his new role as executive director will be later this month, on Monday, June 21.