Gov. Terry Branstad and Lt. Gov. Kim Reynolds talk about their tour of the 340,000-square-foot McKesson Corp. facility in 2016 in Clear Lake.

In this August 2016 photo, McKesson Corp. Director of Operations Chris Van Norman describes the operation of the warehouse where employees use automated machines and technology to move, pack and ship inventory through the 340,000 square-foot facilityin Clear Lake.

Branstad said he made trips to the company’s San Francisco headquarters and has kept up on the company’s work in the state, not just in Clear Lake but also in Dubuque.

“They’re a great company with a real commitment to health,” said Branstad, who was joined by Lt. Gov. Kim Reynolds. “This facility is replacing three others in other states, and we’re proud that the jobs are here in Clear Lake.”

The distribution center, which employs 120, plans to hire 100 more workers in the coming months. The Clear Lake jobs average $39,000, or roughly $18.75 per hour, according to company officials.

Construction of the $80 million, 340,000-square-foot facility attracted statewide attention since the name of the company behind it was kept secret for about a year, until the building was nearly complete.

As part of the state’s goal to make Iowa the healthiest state, Branstad was pleased with the company’s dedication to the health of their employees and patients.

Nationwide, McKesson says it serves more than 50 percent of hospitals and 20 percent of physicians. Delivering one-third of all medicines used in the U.S., it is the country’s largest pharmaceutical distributor. At peak operation, Clear Lake’s center will deliver to 2,000 points on a daily basis.

“This company, their whole philosophy and goal is consistent with our goal,” Branstad said.

Reynolds said she was impressed with the company’s cutting-edge technology and security. The center features an automated product picking machine as long as a football field and a refrigeration area for specific medicines.

“This is state of the art; the automation is just phenomenal,” Reynolds said. “The distribution they have in place is very beneficial to small-business pharmacies and hospitals.”

McKesson supplies 4,700 independent Health Mart pharmacies in the U.S., including one in Atlantic that was recently named best in the country. Branstad visited that pharmacy to congratulate them earlier this year.

Branstad said he is always looking for new economic development opportunities for North Iowa and the state, a place he says is ideal for distribution centers.

“Because of the highway and great work ethic, education and job training here in Iowa, we’re a good location,” Branstad said.

He also spoke about Prestage Foods of Iowa’s decision to pursue Wright County for their $240 million pork processing plant after the Mason City’s deal collapsed with a 3-3 City Council vote in May.

Reynolds said there was a lot of competition from neighboring South Dakota, Nebraska, Minnesota and Wisconsin for the facility.

“Wright County is right in the heart of a pork producing area,” Branstad said. “I think it’s going to be a real benefit not only to Wright County but to the surrounding counties.”

Branstad and Reynolds toured the McKesson after visiting the Iowa Downtown Conference and presenting an award at First Citizens Bank in Mason City.

Coverage of key events and breaking news that would typically appear in the Monday edition will still be available online and will be re-purposed for the Tuesday edition, according to Editor David Mayberry. He added that obituaries and funeral information will also be updated as needed.

The number of pages devoted to the Tuesday and Sunday editions will increase. John Skipper’s weekly column on the Opinion page and the Health & Fitness page, both published on Mondays, will move to one of those editions. Answers to the Globe’s puzzles that appear in Monday editions will be published on Tuesdays.

“Our North Iowa neighbors count on us to give them relevant news and information on a daily basis, in print and online,” Mayberry said. “We’ll continue to be that leader, and we have plans to improve our products, as well.”

Following the change, the Globe Gazette will be one of seven six-day publications in Iowa. The group includes communities far larger than Mason City, such as Waterloo, Iowa City and Council Bluffs.

A bulk of the state’s daily publications publish five days per week.

The decision follows an industry trend for newspapers, as publishers follow readers’ and advertisers’ interest toward online news and information. At the same time, newspapers are adding online content that can be utilized around the clock.

“Our desktop, mobile and app audiences continue to show strong growth and reach record audiences, and we’re excited about their future opportunities for readers and advertisers,” Biondi said.

Nationally, major metro publications in Detroit, Cleveland and New Orleans have curtailed their publication schedules, as well, some as few as three publication days per week.

Since the Globe Gazette doesn’t publish on holidays, the final Monday edition will be printed on Aug. 29.

Dan Burden, who has been a consultant to more than 3,700 cities in his career, proposed some innovative ideas when he spoke at a session of the Iowa Downtown Conference at The Music Man Square.

The three-day conference, which ended Thursday, attracted civic leaders from all over the state.

One of his suggestions, something he said has worked in many communities, is to reduce speed limits to 20 miles an hour and eliminate stop signs and stoplights.

“Put round-abouts up instead of stop signs. The noise level drops and people actually get to their destinations sooner,” said Burden.

The lower speed limit also allows people the opportunity to see more of the community and perhaps see somewhere they’d like to stop.

And when they stop, they meet people, and when that happens, you have a happier community, he said.

Burden also places a heavy emphasis on a city’s “walkability” not only for the exercise but for the opportunity for people to meet and greet one another.

“The key to success is the foot,” he said. Cities should be built to encourage short trips, places you can go by walking or biking.

“If you build for the car, people don’t linger,” said Burden. “How many conversations have you struck up at the drive-up window at McDonald’s?”

“We need to get away from standards and start using common sense,” he said.

There’s another advantage to cities building with people in mind rather than automobiles. “If you build for people, the adjacent land value will go up,” said Burden.

He said downtowns should have an age-friendly design. “When I go into a downtown, I like to see elderly people there and children.”

Burden first came to Mason City in 2010 and said he is amazed at the progress the city has made, particularly with trails. He praised the City Council for investing $1.8 million in the bicycle-pedestrian trails master plan.

MASON CITY | If no one receives 50 percent (plus one) of the vote in the special City Council election Sept. 20, a runoff election will be held Dec. 6, according to Cerro Gordo County Auditor Ken Kline.

Four potential candidates have announced their intention to run for the At-Large council seat left vacant by the July 15 death of Alex Kuhn. They are Max Weaver, Andy O'Brien, Paul Adams and Joshua Masson.

Kline, who is also the county's election commissioner, said the run-off election would be between the top vote-getters, regardless of how many candidates there are.

The last day for filing is Friday, Aug. 26. The winner would take office immediately and serve out the remaining three years of Kuhn's term. 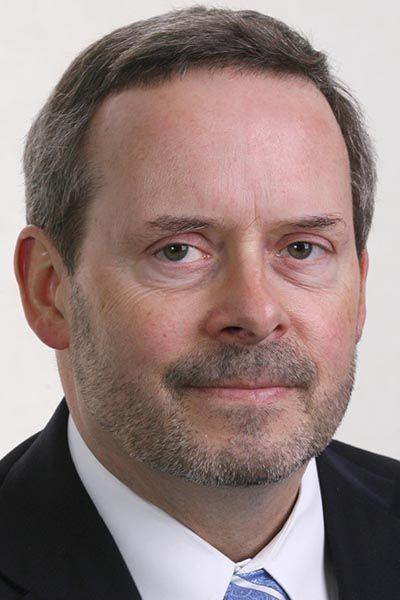