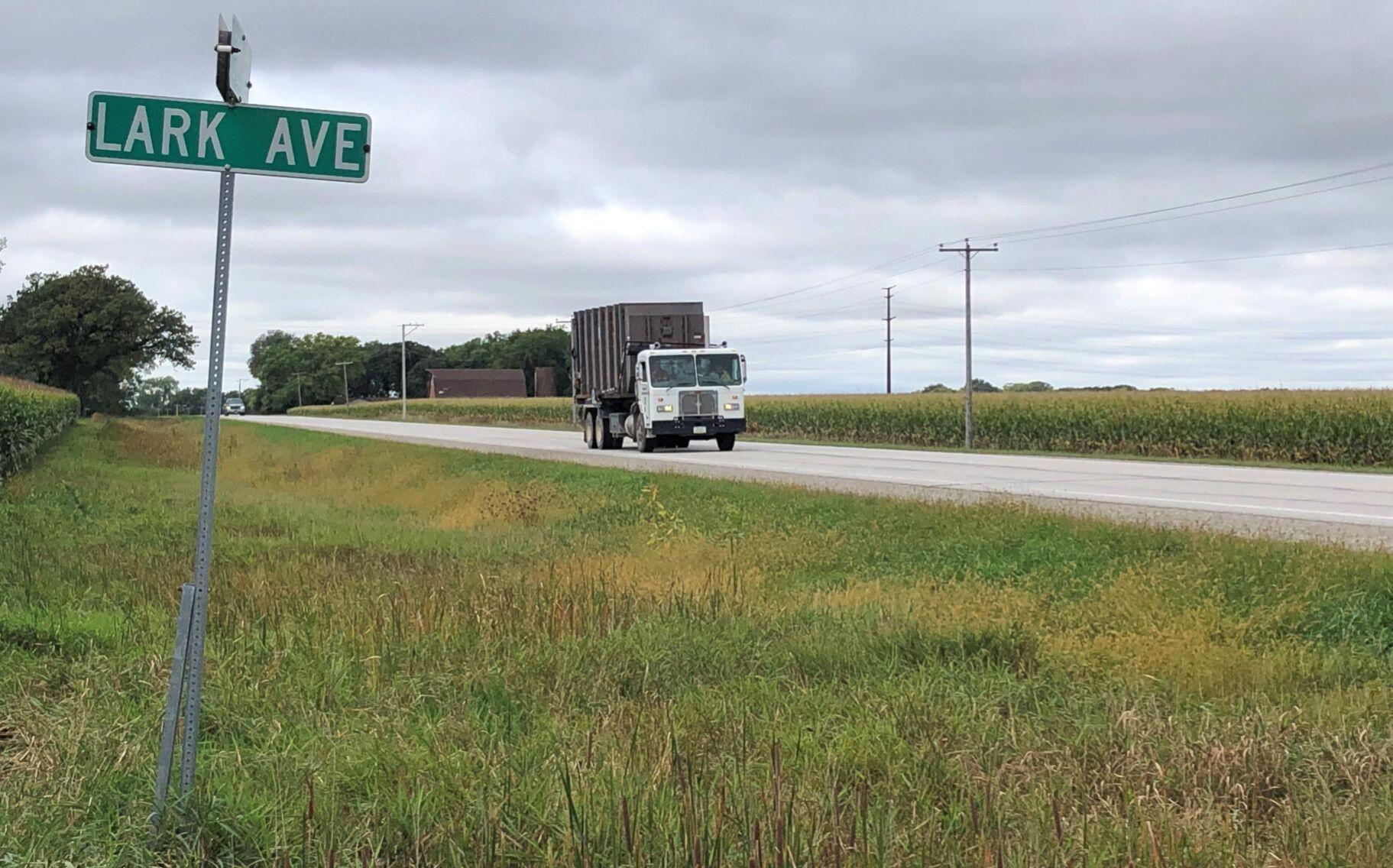 Cerro Gordo County Engineer Brandon Billings said his department is looking to replace three culverts around the county before wintertime comes. That includes one on Lark Avenue.

While the Cerro Gordo County Engineering Department is working on a series of culvert replacements around the county before the winter hits, it's closed the books on the past fiscal year.

According to a report from the Iowa Department of Transportation, which the Cerro Gordo County Board of Supervisors unanimously approved on Tuesday morning, the county department had $6.2 million in general roadway expenditures and $3.14 million for total roadway maintenance.

According to Cerro Gordo County Engineer Brandon Billings, the department went about 15% under on expenditures other than construction (due to COVID-19 delays) and had a 5% reduction from where revenues were expected to be at.

"We’ll make that up next year and move forward," Billings said.

The overall financial sheet for the county's secondary road fund showed that there was about $13.2 million worth of funds to account for.

Billings explained that the agreement essentially codifies the duties and responsibilities of adjacent counties when it comes to construction and maintenance on roads that run between counties. Part of the rationale behind that is to prevent duplication of work.

In the coming days, the county intends to act on similar items with the counties of Franklin, Hancock, Mitchell and Worth as well as agreements with cities within Cerro Gordo such as Clear Lake, Mason City and Rockwell.

"It’s just a restatement of what we already did with them and any stuff in the gray area is now written in stone," Billings said.

According to airport manager David Sims, the Mason City Municipal Airport is currently undergoing a terminal expansion survey to determine if renovations, or even a new building entirely, is needed.

"The current terminal is not big enough to handle the capacity from United’s service," Sims explained. "It just can't handle 50 passengers."

United through SkyWest Airlines offers daily flights to and from Chicago's O'Hare International Airport, and with the passenger demand increasing, Chad Schreck from the North Iowa Corridor Economic Development Corporation said this project is a great sign of progress.

"The new partnership with the jet service to Chicago from United (Airlines) is working, we are seeing the increased numbers," Schreck said. "So the fact that the airport is not able to meet the needs because it's not big enough anymore is really cool."

The survey will examine the need for expansion at the airport, and currently Sims says they are in the historical data section of the study, but will also be taking public comment in the near future.

Sims says this is just the first step towards the project, and that there will almost certainly be some form of an expansion project in the works, it's just a matter of what type of project is chosen.

"It's a very, very small chance," Sims said of the chances that no project is undertaken. "We are in a situation where something must be done.” 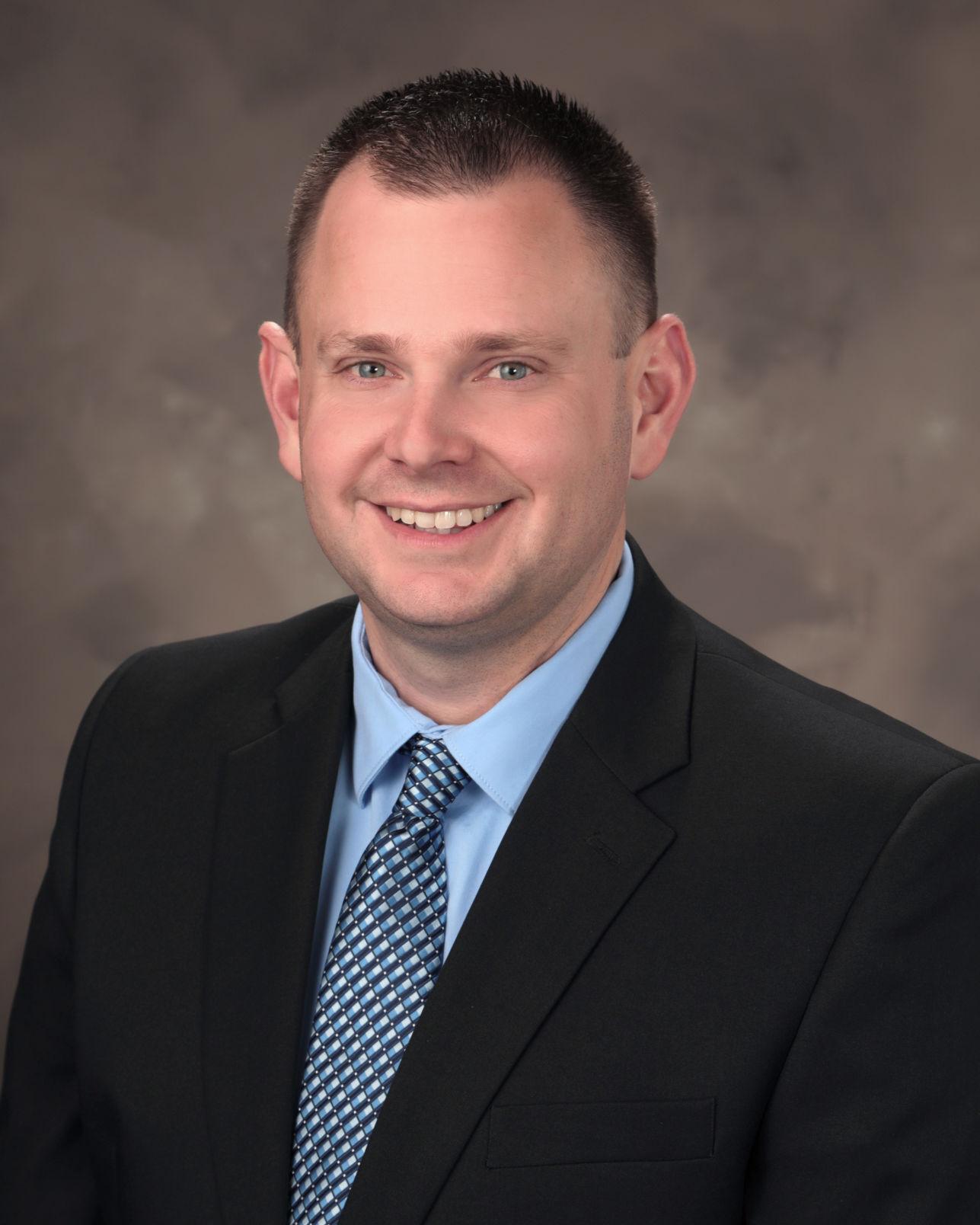 The main decision needing to be made with this project is whether to make renovations to the current building, or to create a whole new terminal.

Sims says that both are still on the table, but the difference in estimated cost between the two is small, and renovating presents some challenges that a new building would not.

"The difficulty with rehabilitation is you don’t know what you’re getting into until you start," Sims said. "New building costs can be controlled better."

Sims also noted that the airport has received nearly $12 million in federal funding for the project.

“Obviously, this is going to be a big project," Sims said. "This is the largest project for MCA in decades... It will be an important asset for entire community."

However, as part of the terms for federal funding, the terminal must be complete by May of 2024. To abide by that completion date, the project is aiming to start construction around the end of the summer next year.

"We see this as a really positive thing for economic development in the region," Schreck said. "We're just really excited to see where it goes." 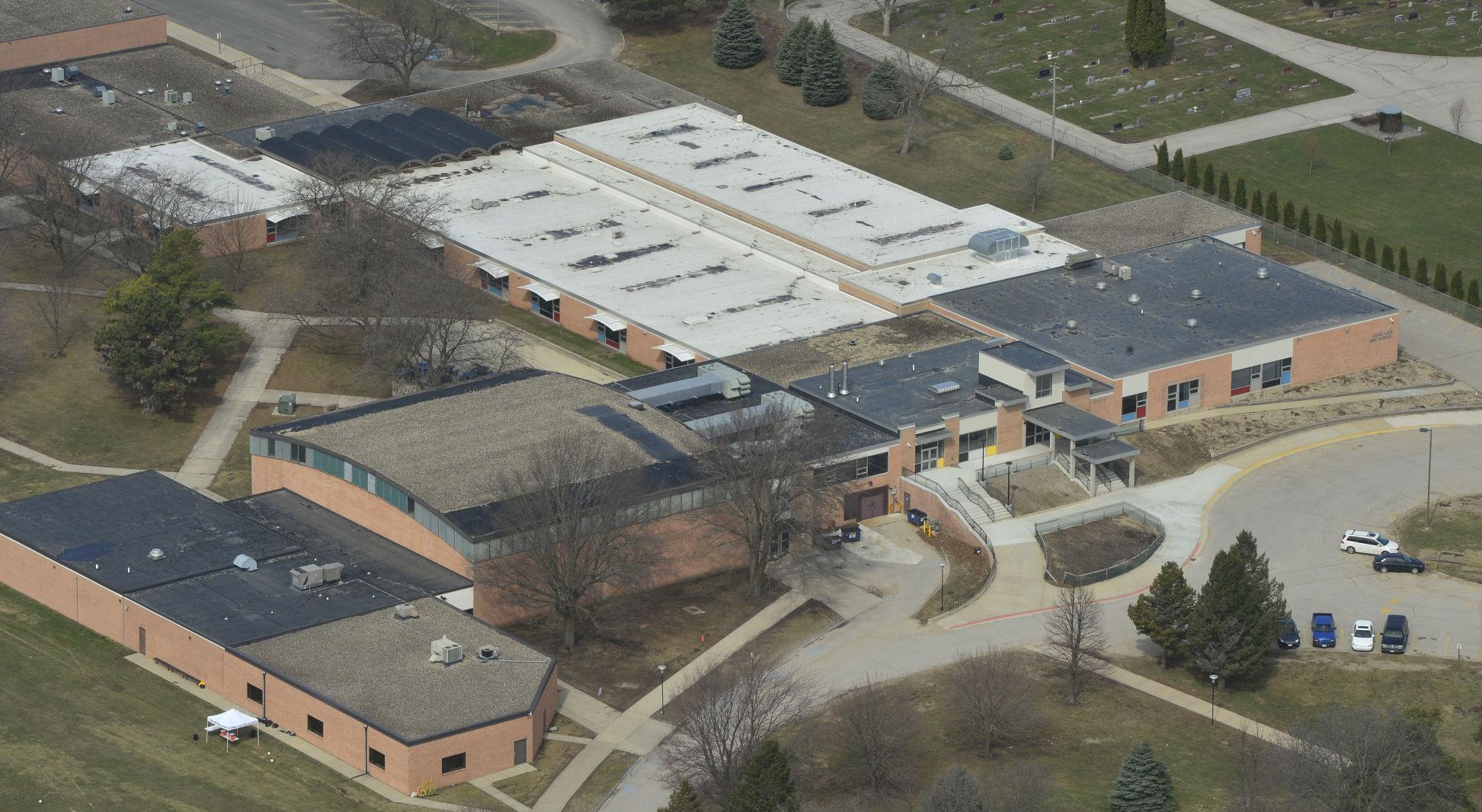 Clear Lake Community School District has seen an increase in students open enrolling into its schools over the past four years.

Because of that, space is getting a little tight. 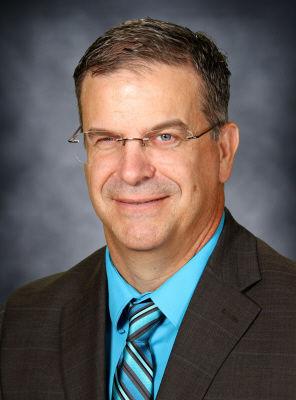 Gee says the large number that open enrolled during the school district during 2020 was a bit of an “anomaly” and was attributed to the pandemic last year.

“We had kids that wanted to get into Clear Lake to have an in-person class experience,” said Gee.

The numbers for this year’s open enrollment will not be known until later on in the year, but Gee says he wonders if students would return to their home district.

Gee said 245 students coming into the district last year and 59 leaving was “huge” for Clear Lake. As a result, Clear Lake Community School District was able to receive $1.3 million in funding.

When asked about other factors that were contributing to the number of students entering the district, both Gee and board director Tony Brownlee said it came down to housing in the area and the programming offered. 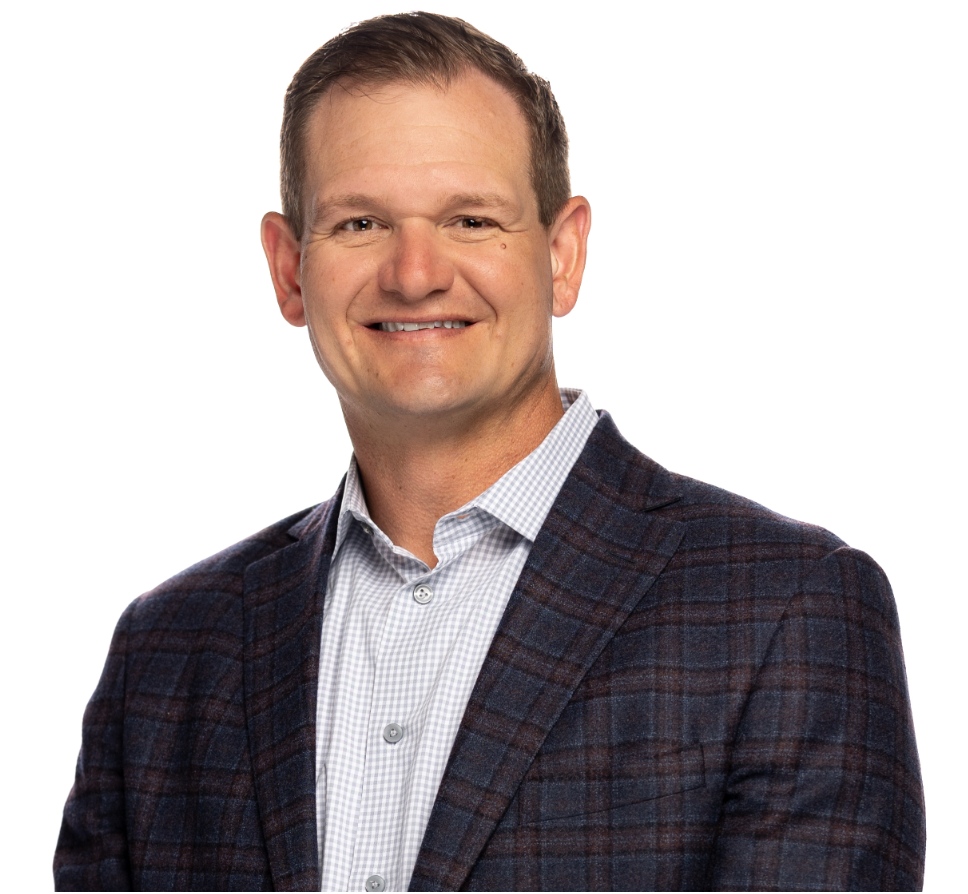 “It’s really hard to find housing in Clear Lake, but we find that families want to come to Clear Lake schools,” said Gee.

“I think we are seeing choices all around us and people are seeing (Clear Lake) as another choice,” said Brownlee.

Because of the numbers coming in, things are getting a little tighter in regards to space within school buildings according to Gee. Solutions for the increased numbers has been hiring on additional teachers and adding classes to a grade level.

“We have continued to ask teachers if the class sizes are too big and we have added teachers,” said Gee.

If the trend continues, two more options for Clear Lake are adding on facilities or closing open enrollment. Gee said he hesitates to close enrollment since he wants to see students come to Clear Lake if they desire.

Currently, there is no plan to close open enrollment or add on additional space to buildings. Gee says there have been informal talks about it, but it would be more of a bigger discussion come October or November to have a strategic committee to figure out a plan.

“I just said to (the board) informally at some point of time, we will have to look at adding a building or close open enrollment,” said Gee.

Brownlee says that watching the numbers at the elementary level, particularly with kindergarten, would be key.

“(Open enrollment) is something that we monitor every month and we are blessed to have students coming into the district,” said Brownlee.

“I think from my perspective, (our enrollment) sends a really good message about our staff and parents want to bring their kids to Clear Lake,” said Gee.

With the Iowa Supreme Court’s blessing, state lawmakers will meet Oct. 5 to begin their part of creating new congressional and legislative election districts to reflect population changes shown in the latest 2020 census that arrived too late to meet constitutional deadlines.

The U.S. Census Bureau said it initially planned to provide states by March 31 with the data they need to begin the process. But delays from the pandemic caused the deadline to slip to this month.

Election redistricting occurs once every 10 years after the national census has been completed. Based on the 2020 census, new boundaries will be drawn for 50 Iowa Senate and 100 Iowa House districts, as well as for four U.S. House districts based on criteria established in the U.S. and Iowa constitutions and state law. In Iowa, the new elections maps at least initially are drawn by the nonpartisan Legislative Services Agency. The agency says its goal is to make the districts as close to equal as possible. Any deviation greater than 1 percent must be justified by the Legislature.

“Iowans don't want politicians picking and choosing who they represent,” House Minority Leader Jennifer Konfrst, D-Windsor Heights, said earlier this month. “That's why Iowa House Democrats plan to vote ‘yes’ on the first map. We can feel confident in this plan even before seeing the maps because it's not about the political makeup of the districts. It's about ensuring fair representation for Iowans. It's not about us. It's about the people we represent.”

She challenged Republicans to make the same commitment. However, none of the other legislative caucuses have made a similar commitment.

In a statement Tuesday, Senate Minority Leader Zach Wahls, D-Coralville, said lawmakers should approve the first plan “if it meets all the legal and constitutional requirements.”

House and Senate Republicans have said they will follow the law.

“As I have repeatedly stated, the goal of Senate Republicans after the census is to follow by the redistricting process outlined in Iowa Code,” Senate Majority Leader Jack Whitver, R-Ankeny, said. He also thanked the court for “maintaining Iowa’s nationally recognized redistricting process.”

House Speaker Pat Grassley, R-New Hartford, said House Republicans are “eager” to get to work on a redistricting process “considered one of the fairest in all 50 states.”

“We’ve worked with the nonpartisan LSA and the Supreme Court to ensure that the integrity of our highly-praised redistricting process is maintained,” he said.

However, Democrats warn that following the law would allow the Republican majorities to gerrymander by amending a third plan to give them an advantage in future elections.

“Despite our requests, and we've been making these requests for almost a year now, Republicans still have not made a declarative statement that they won’t gerrymander,” Wahls said. “We’re very concerned.”

Neither Wahls nor Konfrst had evidence, however, that Republicans plan to create their own map for partisan advantage.

Reynolds was asked during a radio interview Tuesday if she expected legislators might consider any issues beyond redistricting during the special session.

“They can,” she replied. “We’re going to be very focused on the redistricting. We’ve got a pretty tight turnaround because of the timing. It’s really compressed, that timeline. They do have the ability to do that.”

Click and hold your mouse button on the page to select the area you wish to save or print. You can click and drag the clipping box to move it or click and drag in the bottom right corner to resize it. When you're happy with your selection, click the checkmark icon next to the clipping area to continue.