DES MOINES — A federal judge on Monday ordered the state of Iowa to immediately halt enforcement of a law passed in May that prevents school boards from ordering masks to be worn to help prevent the spread of COVID-19.

Judge Robert Pratt said in an order signed Monday that the law substantially increases the risk of several children with health conditions of contracting COVID-19.

Pratt said he has looked at data on the effectiveness of masks to reduce spread of the virus and agrees with recommendations from the Centers for Disease Control and Prevention and the American Academy of Pediatrics on mask wearing in schools.

"Because Plaintiffs have shown that Iowa Code section 280.31’s ban on mask mandates in schools substantially increases their risk of contracting the virus that causes COVID-19 and that due to their various medical conditions they are at an increased risk of severe illness or death, Plaintiffs have demonstrated that an irreparable harm exists," he wrote.

He issued a temporary restraining order to be in effect immediately. It remains in effect until the court issues an order for a preliminary injunction.

Several parents and The Arc of Iowa, a group that defends the civil rights of people with intellectual and developmental disabilities sued the state.

Clear Lake Community School District Superintendent Doug Gee said that he isn't sure if this decision will have an impact on the school district yet, and that it needs to be discussed with the board of education.

"We haven’t talked about it as a board yet," Gee said. "We would like to make an educated decision about this."

Barb Schwamman, the superintendent for both Osage's and Riceville's school districts, echoed the comments from Gee.

"What will happen is it will go back to our board,” Schwamman said. "School boards will be able to make those decisions ... There's a lot to discuss."

Schwamman also went on to say that her school districts, and likely most others in the area, won't be coming to any decisions in the next few days, especially as an appeal to the decision may be coming.

West Hancock Superintendent Wayne Kronemann said that for at least right now, he does not anticipate a mask mandate in his district.

"I believe I can speak on behalf of the school and that we will not be mandating masks for the time being," Kronemann said. "Considering our current mitigations and our current numbers in the county, state, and mostly our school district."

Kronemann does say that it may still be discussed in the district's board meeting on Monday, Sept. 20.

To herald a decade having passed since the Historic Park Inn Hotel reopened in downtown Mason City, area artists Andrew Newell and Amelia Ouverson collaborated on the words and music of a piece called "To Make a Home." The Una Vocis Choral Ensemble of Mason City performed the original work in the ballroom of the hotel on Sunday afternoon and the final words of the song fit an event all about preservation and continuation.

"But to honor what remains, to restore, to make a home," the choral members sang in the space designed by Frank Lloyd Wright more than 100 years ago. 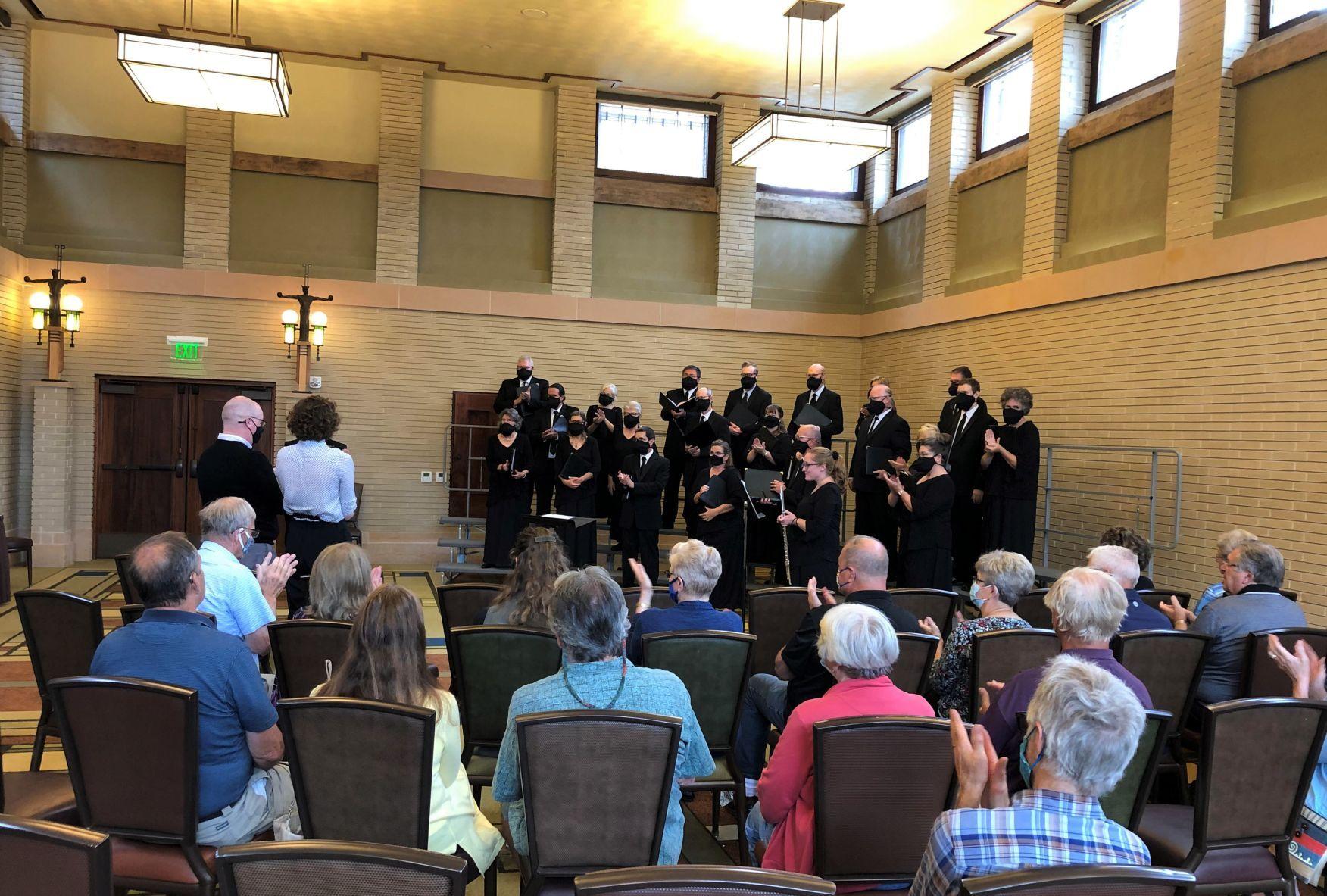 Between its initial opening and the celebration of its return in 2011, the nationally historic place and last remaining Wright hotel had numerous ups and downs including: odd remodels and renovations, competition from other lodging sites, closure and, in 1999, listing on the "10 Most Endangered Historic Properties" from the Iowa Historic Preservation Alliance (according to the National Park Service).

During her introduction of the event, Peggy Bang, a board member of Wright on the Park, which is dedicated to preserving the Historic Park Inn, said that such a rebound could only happen for one reason.

"(The) community made this possible," she said. 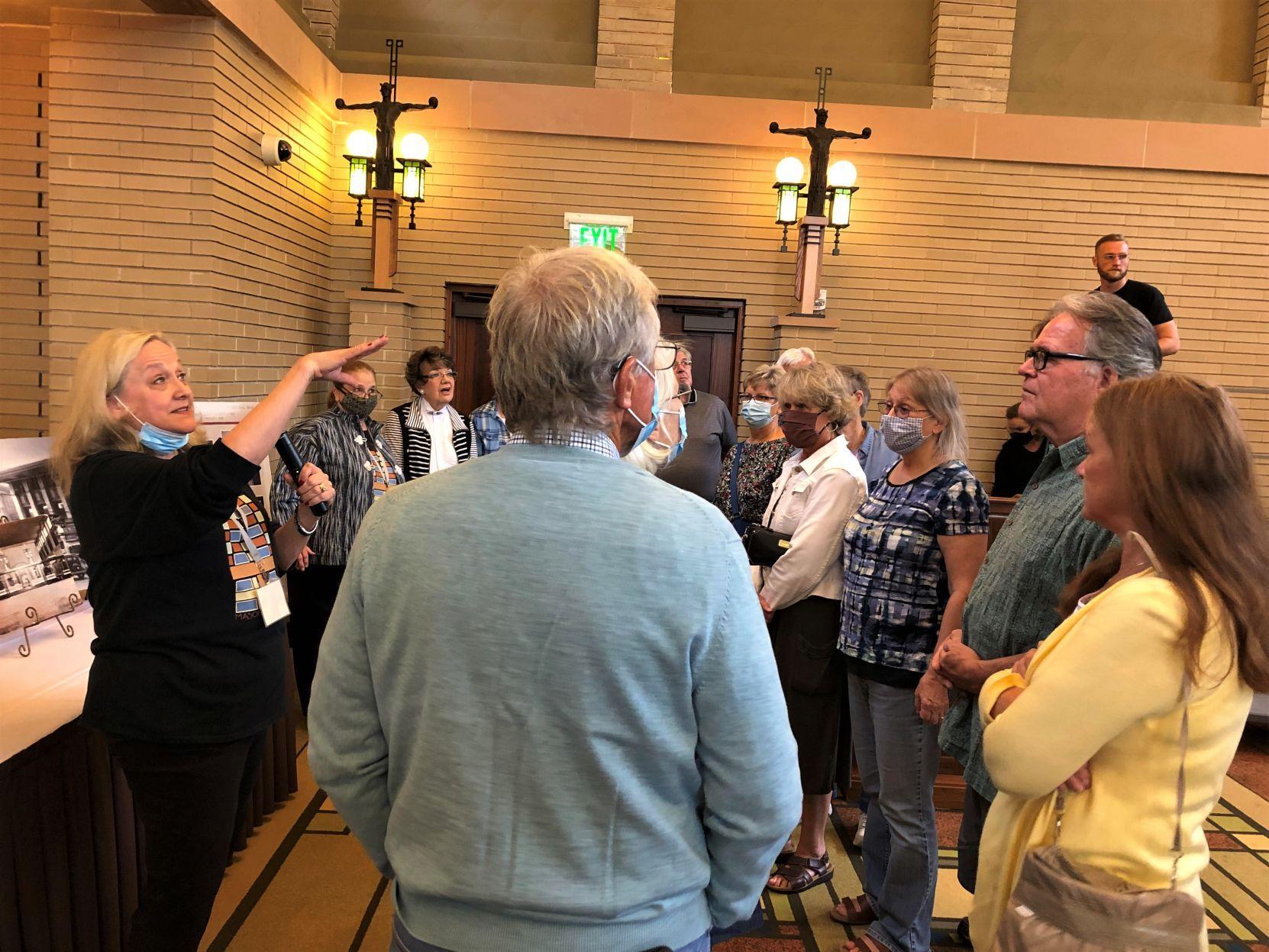 At far left, Peggy Bang, a board member for the Wright on the Park group, which is dedicated to preserving the Historic Park Inn Hotel, prepares to lead a tour on Sunday afternoon.

After the first performance and a tour, Bang said that she hopes events such as these can be a way for the Historic Park Inn Hotel to connect with the community in a new way that it hasn't before.

"Our goal is to continue and keep it fresh and we thought doing a little celebration like this today would be something that people hadn’t anticipated. So we want to keep doing things like that," Bang said.

Designed by renowned architect Frank Lloyd Wright, the Historic Park Inn Hotel was built in 1910. Here is a collection of photos of the downto…

Bang then pointed out that a building of the Historic Park Inn Hotel's vintage will continue to have practical concerns as well.

"This is a 111-year-old building so there is always going to be ongoing maintenance and preservation so we just hope that people continue to support us and learn more about how Wright fits into our community," she said. 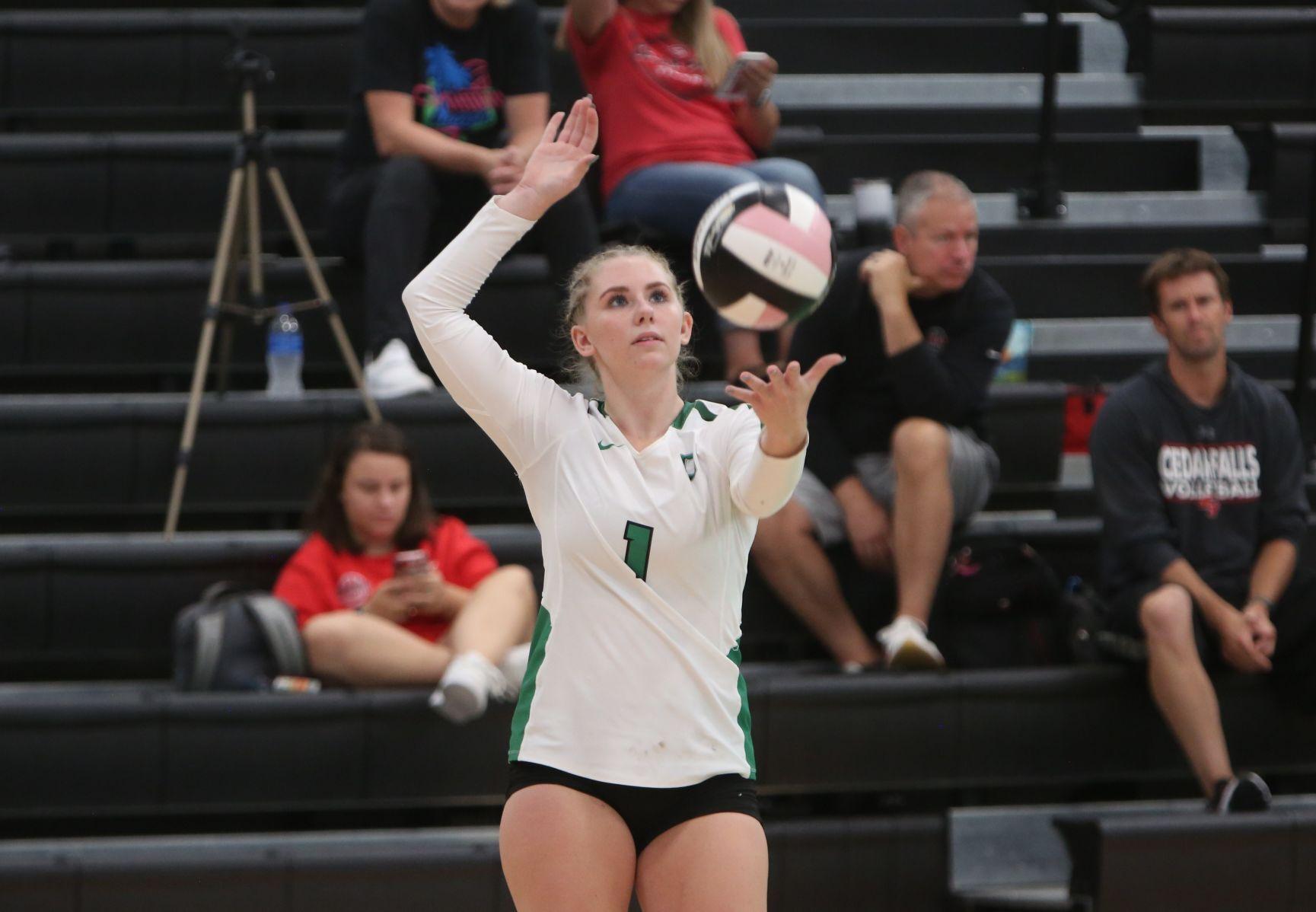 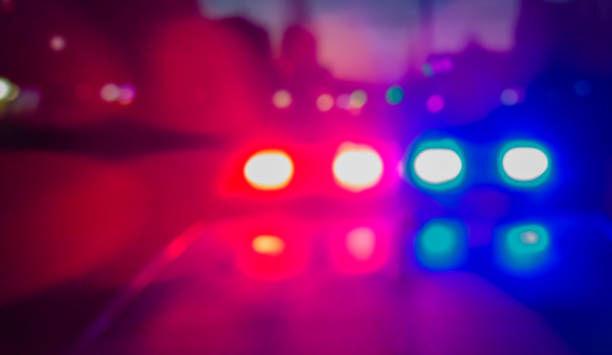 A Thompson man has died after an officer-involved shooting in Winnebago County on Saturday.

Deputy Josh Douglas arrived on the scene and encountered James Anderson, 48, who was a resident at the address. Anderson was armed with a loaded 9 millimeter handgun, according to a press release from Iowa Department of Public Safety (DPS). Anderson admitted the 911 call was a ruse and that there was no assault at the address.

The DPS release said that Anderson was "despondent over a recent medical diagnosis."

Anderson refused to put down the gun as officers negotiated with him for 10 minutes, according to the DPS. He later "pointed his weapon in the direction of officers and was shot one time," according to the release.

Anderson later died from his injuries.

The incident still remains under investigation by the Iowa Division of Criminal Investigation. Results of the investigation will be forwarded to the Winnebago County Attorney's Office and the Iowa Attorney General's Office for review according to Iowa Department of Public Safety.

Support local journalism that you can't find anywhere else. For less than a stop at the coffee shop, you can buy a 3-month digital subscriptio…

Click and hold your mouse button on the page to select the area you wish to save or print. You can click and drag the clipping box to move it or click and drag in the bottom right corner to resize it. When you're happy with your selection, click the checkmark icon next to the clipping area to continue.