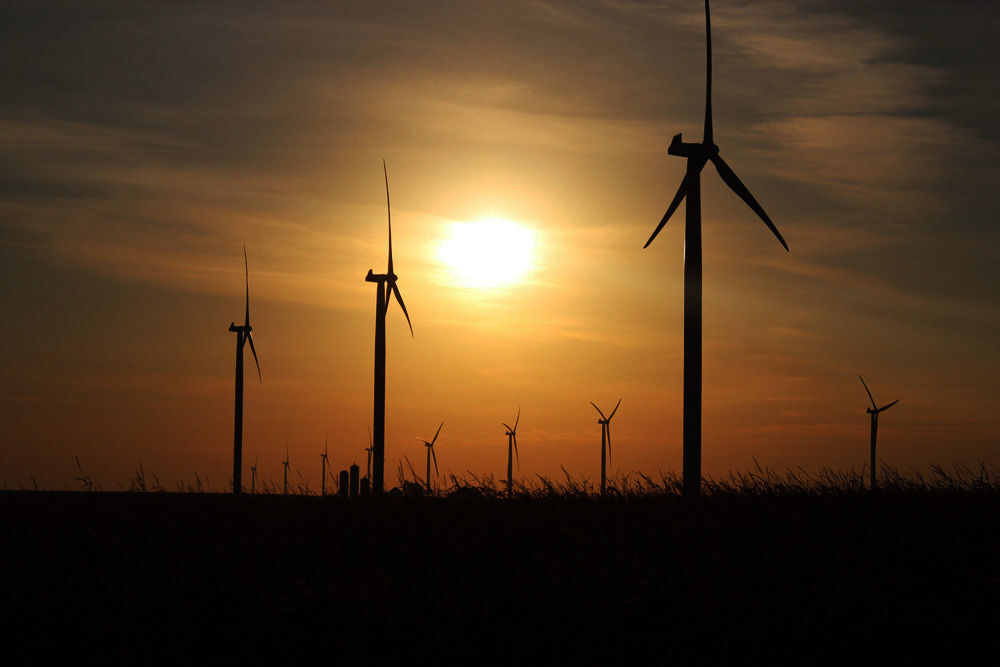 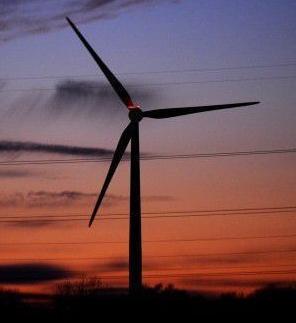 Winnebago County supervisors continue to do their homework and due diligence when it comes to the Worthwhile Wind Project of Invenergy proposed for Worth and Winnebago Counties.

It is in Norway Township where residents have raised concerns in Winnebago County, which is slated for far fewer turbines than Worth County.

Worth County Zoning Commission Chair Jeff Gorball met with supervisors on Oct. 5 to discuss how Worth County has addressed zoning on the proposed wind turbines. He said a prior wind project in northeast Worth County, which was not zoned, placed turbines as close as 800 feet to homes, in some cases.

As a result, Worth County supervisors passed a moratorium resolution on new wind turbine development in the county, which has a June 2022 sunset.

County officials there researched county ordinances and peer-reviewed scientific journals to develop an initial set of new guidelines. They compiled a draft ordinance solely for commercial wind development. An existing county ordinance there pertains to just three townships. It has not been extended countywide.

Gorball said written public feedback was solicited and a public hearing was held with about 200 people attending. There was overwhelming support for the draft ordinance at hearing and written comments.

However, some who commented did not want to preclude wind development in the county. The 40-page-plus ordinance specifies a noise complaint process, shadow flicker, and a recommendation to purchase noise-measuring devices was also made to the board of supervisors.

In side negotiation with supervisors, Invenergy recommended 30 hours of shadow flicker per year and 50 decibels of sound as acceptable. Gorball said his zoning commission decided upon maximum sound levels for day and night.

“We thought two different levels would be appropriate, because sound at night can wake people up,” he said. “Not being able to sleep was a primary complaint.”

He also said “there should be no shadow.” They recommended 1,600 feet for setback, citing a safety zone in case of fire from scientific literature for the specific turbine size proposed, and adopted a “3.75 times total height” multiplier for other/larger turbines.

The Invenergy project stalled in Worth County on Oct. 4 (it has not started in Winnebago County) when supervisors discussed a proposed agreement with Invenergy, which failed for lack of a second motion to approve it.

Gorball said Invenergy officials have not moved from their original 1,500-foot setback, 30 hours of shadow, and 50 decibels of noise proposals.

Worth County supervisors’ failed agreement stemmed from a road and drainage agreement, with development terms added for this proposed wind project. Worth County is now looking to finalize the zoning commission’s draft ordinance, he noted.

“My opinion is to keep a special exception permit to allow such zoning issues,” Duve said. “That allows us to look at the projects individually."

He noted his concerns with moving into a zoning ordinance like Worth County is considering, saying that if a developer checks all those boxes in the ordinance, “I’ve got to approve that permit” to build turbines in Winnebago County. He also cited a potential lack of public input.

Duve said he has had about six conversations with company officials in last 18 months.

“Probably, as of three or four weeks ago, they aren’t planning on any wind turbines in Winnebago County right now,” Duve said. “They were focusing on Worth County.”

He also noted that a special exception permit is not going to drive away wind development, noting that officials can garner conversations with the public.

“In past we’ve had a couple of turbines allowed closer to properties than the setback, but that’s because the adjacent landowners signed off on it,” Duve said. “Let’s look at what they are proposing, have some public meetings, let me do my job and understand where the locations are, get in touch with the landowners adjacent, and let’s talk about it.”

No petition has been filed in Winnebago County. Gorball and Duve agreed the focus is on Worth County right now.

Gorball confirmed that the appendix of a development agreement, provided to Worth County officials on Sept. 28, shows five turbines to be located in Winnebago County. The vast majority are slated for Worth County with 50 locations, although the company is not necessarily planning all of those, according to Gorball.

Supervisor Susan Smith said she received no response from company officials when inquiring about proposed geolocations for turbines in Winnebago County.

“In the past we used a setback number,” Chair Terry Durby said. “I’m thinking the multiplier is probably a better way to go. That way, if they change their equipment (it’s addressed).”

In other business, supervisors heard reports from:

• County Engineer Scott Meinders, who said that a new box was installed recently on a bridge replacement project just near Leland and that the bridge there could reopen by or before Oct. 11. The creek flow near the bridge has also been relocated further away from the road. The area will be grass-seeded before winter.