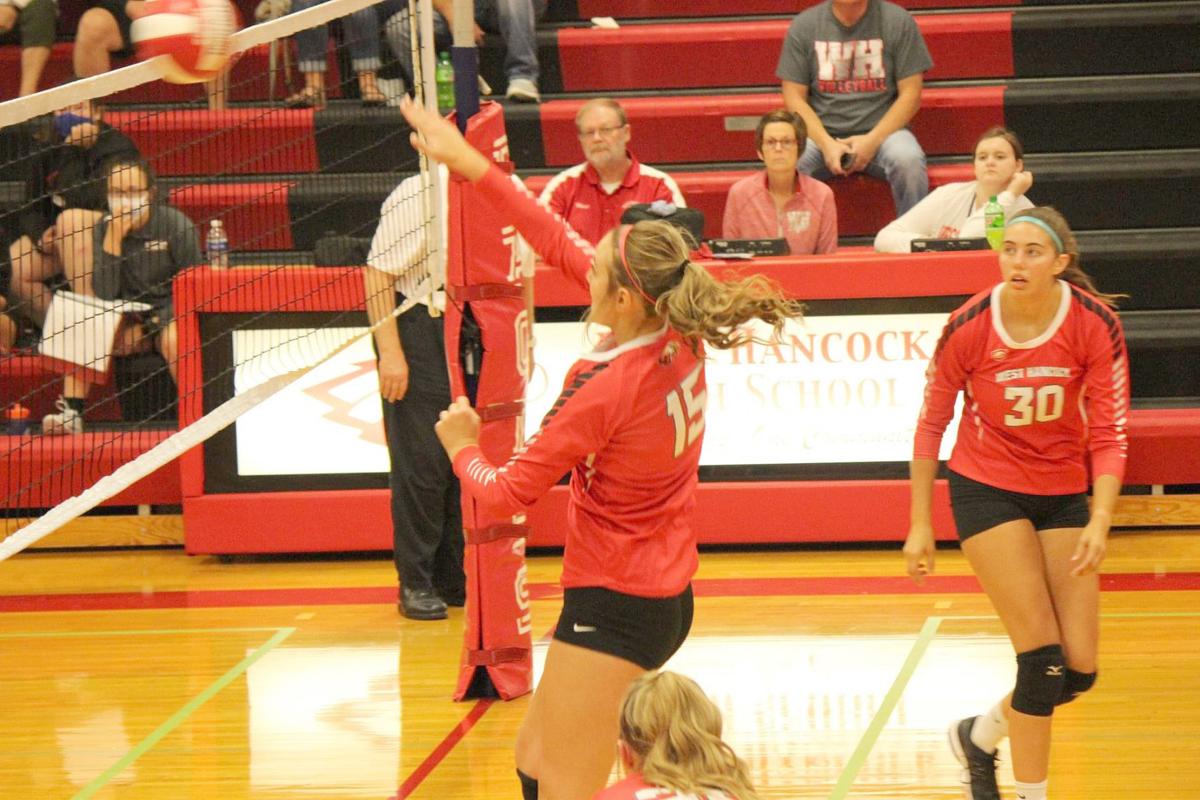 West Hancock sophomore Maddie Bruggeman returns a shot in the Eagles' close three-set loss to Newman Catholic on earlier in the season. 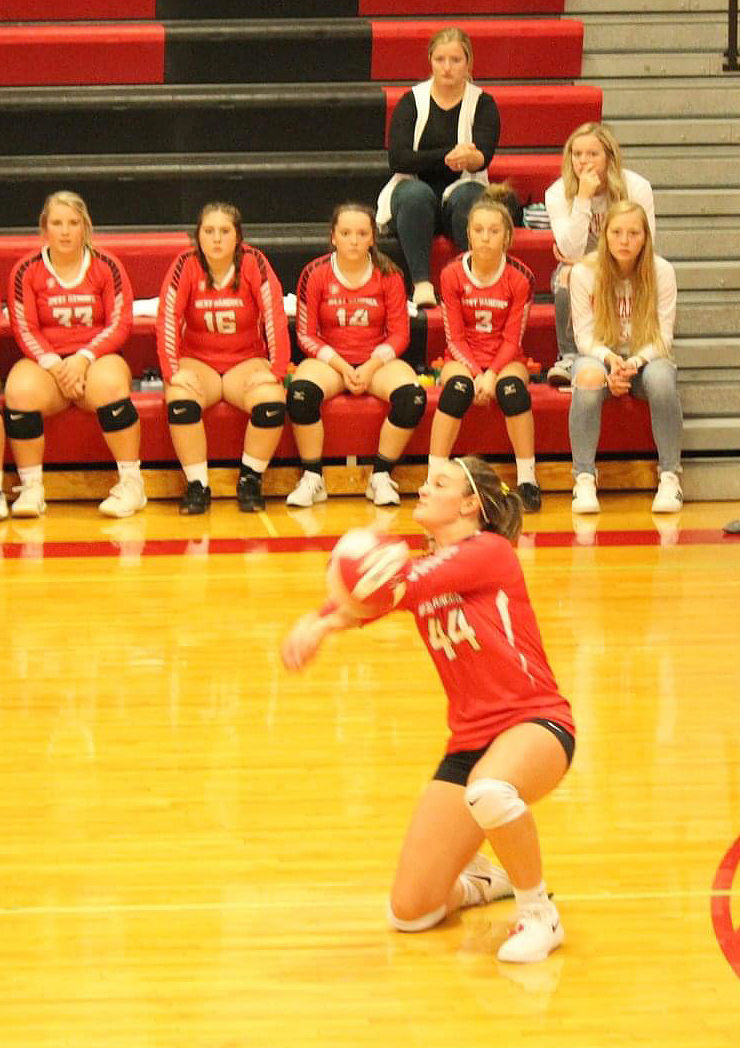 West Hancock senior Shae Smith goes down to save a shot during the Eagles' three-set loss to Newman Catholic on Sept. 17 in Britt.

The West Hancock volleyball team kept it close but couldn't pull out a victory in a three-set loss to Newman Catholic on Thursday in Britt.

The night started well for West Hancock as the Eagles jumped ahead 24-20 in the first set. The Knights were able to complete the comeback and scored six straight points to win the first set.

No stats were available for West Hancock.

The Eagles have lost five straight games to the Knights, falling 2-0 on Sept. 12 in the Central Springs Tournament.

West Hancock fell to 2-12 on the year with the loss and traveled to play in the Graettinger/Terril High School tournament on Saturday.

The Forest City volleyball team got back to its winning ways against the Eagles on Tuesday, with a victory by sweep. The Indians beat the Eagles in straight sets, by scores of 25-13, 25-14, and 25-11.

The West Hancock volleyball team dropped three of its four matches at the Central Springs tournament last Saturday, as the Eagles' only victory came in a 2-1 win against Rockford. Ann Horstman finished the day with a team-high 17 kills.

With the victory, the Eagles snapped a five-game losing streak, and now sit at 2-10 on the year. They will play on Tuesday, against Forest City.

A Forest City resident is fighting back after the city took his building materials after issuing him abatement notices.

First car show in a long time in Forest City

Forest City hosted its first car show in a long time with overwhelming success: 170 vehicles took up more than 4 blocks on Clark Street with some overflow into side streets and parking lots.

West Hancock sophomore Maddie Bruggeman returns a shot in the Eagles' close three-set loss to Newman Catholic on earlier in the season.

West Hancock senior Shae Smith goes down to save a shot during the Eagles' three-set loss to Newman Catholic on Sept. 17 in Britt.