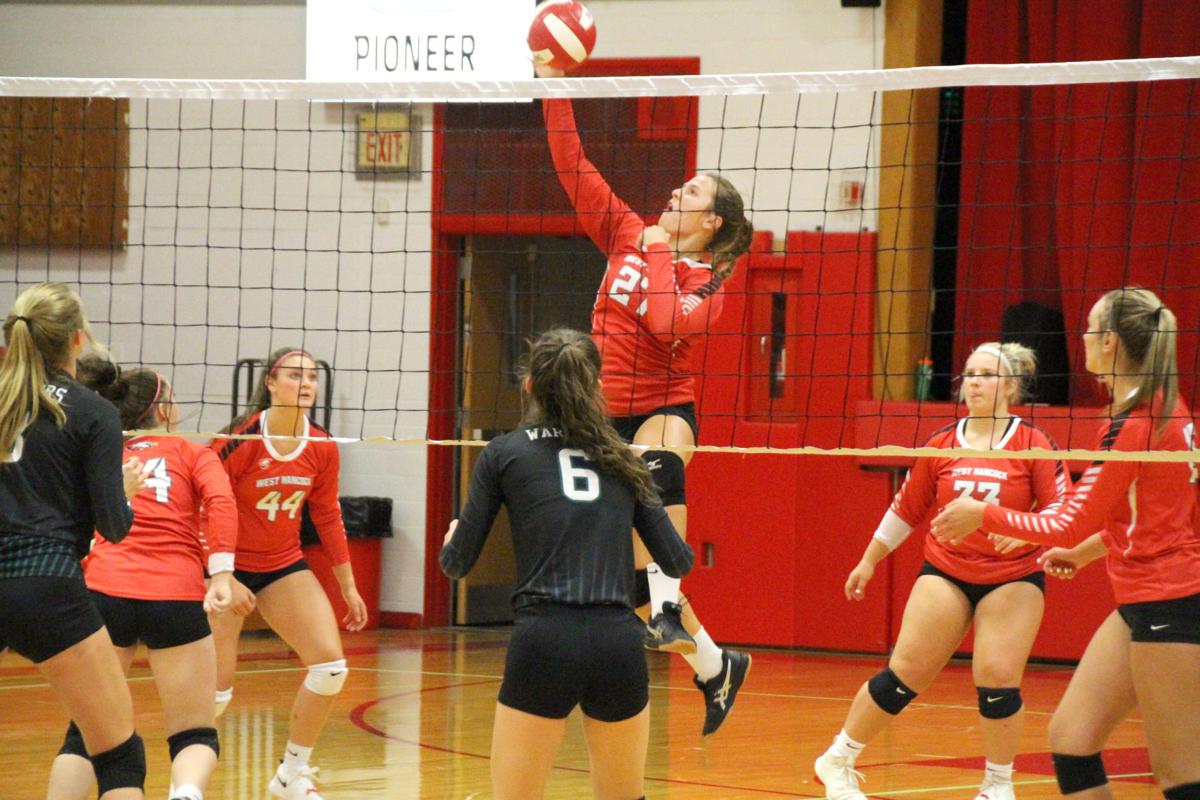 West Hancock's Ann Horstman goes up for the kill Tuesday night against North Union in Britt. 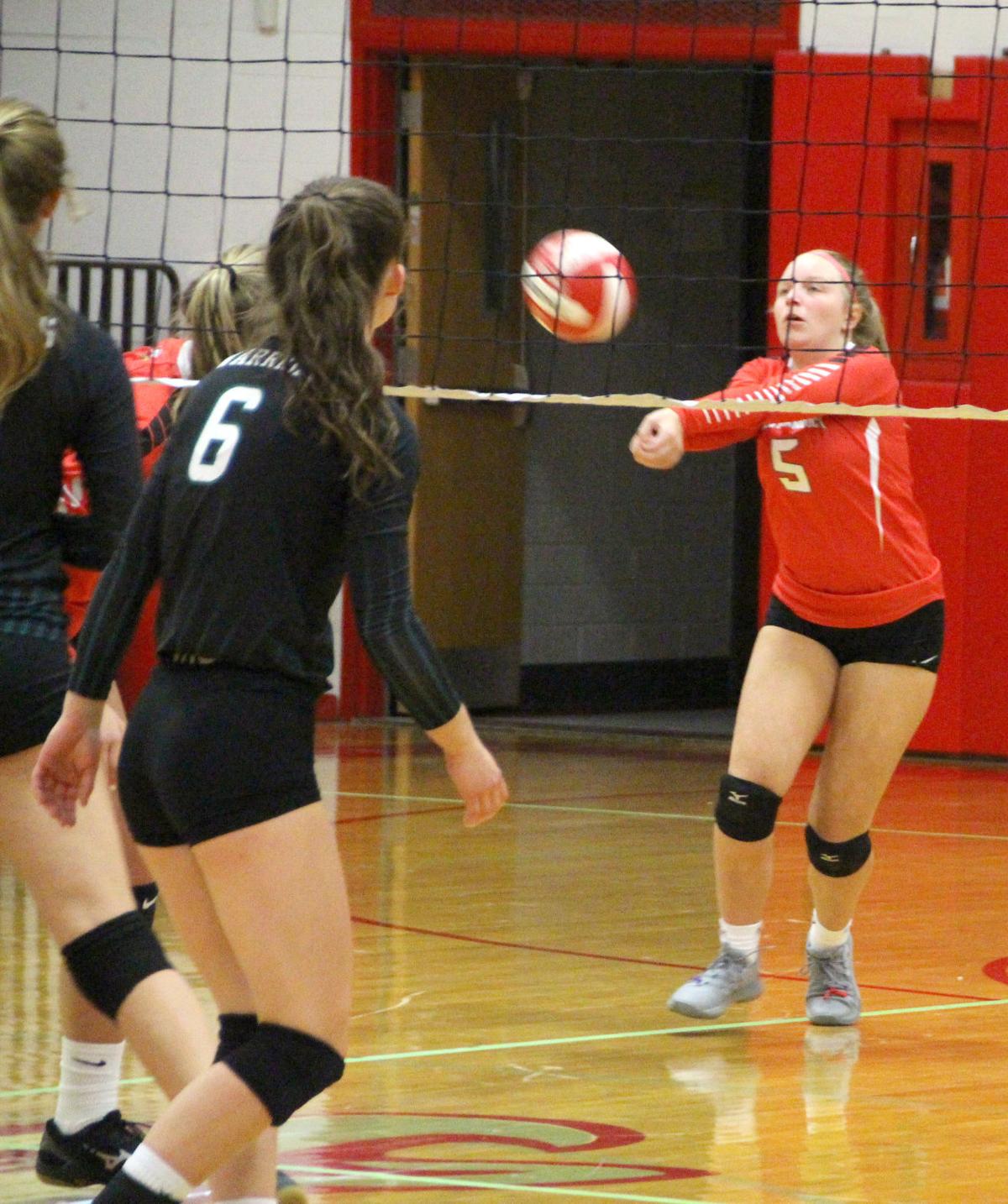 The West Hancock volleyball team struggled against North Iowa for the first two sets, but took a win in the third. The Eagles still fell to the Bison, 3-1.

The Eagles were successful from the service line, connecting on 89.1 percent of their serves. Leading the way were seniors Carlee Bruns and Ann Horstman. Bruns was 12 of 13 with three aces, while Horstman was 11 of 12.

There was no stats available for West Hancock. The Eagles fell to 1-6 on the season with the loss.

West Hancock's Ann Horstman goes up for the kill Tuesday night against North Union in Britt.