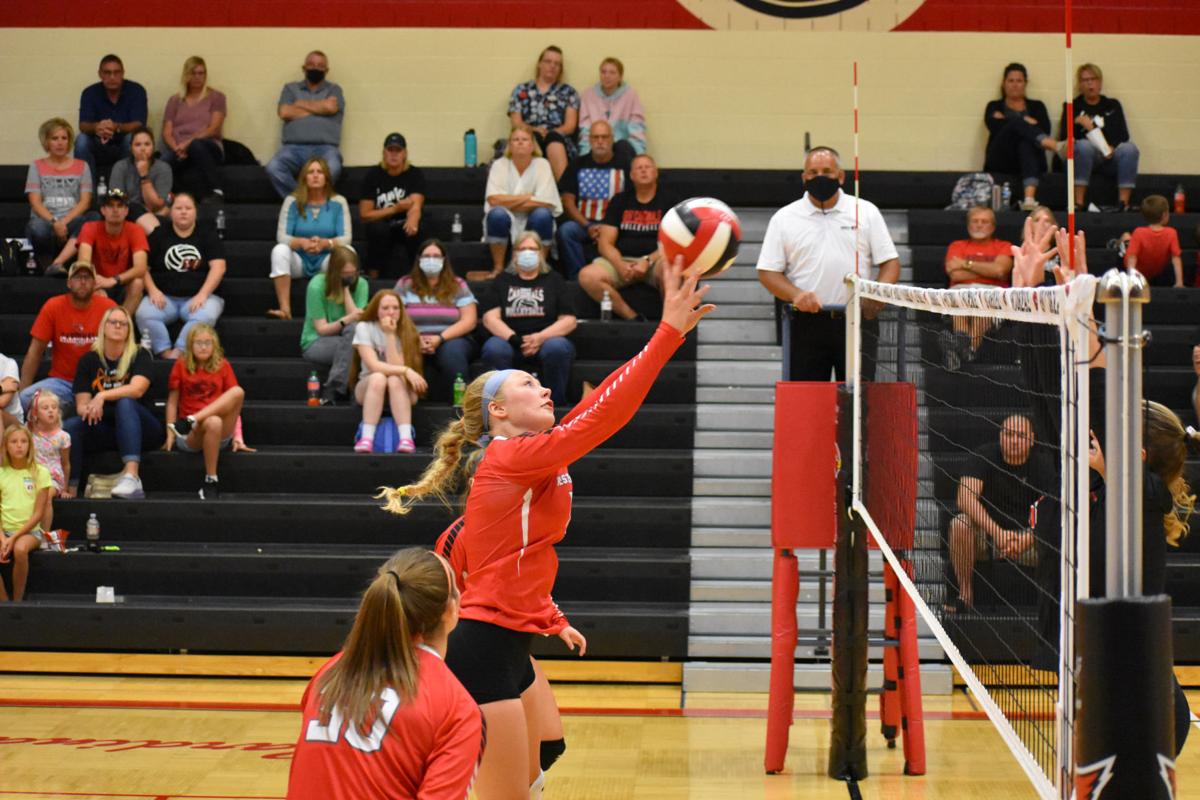 West Hancock's Quinn Harle taps the ball over the next against GHV on Tuesday in Garner. 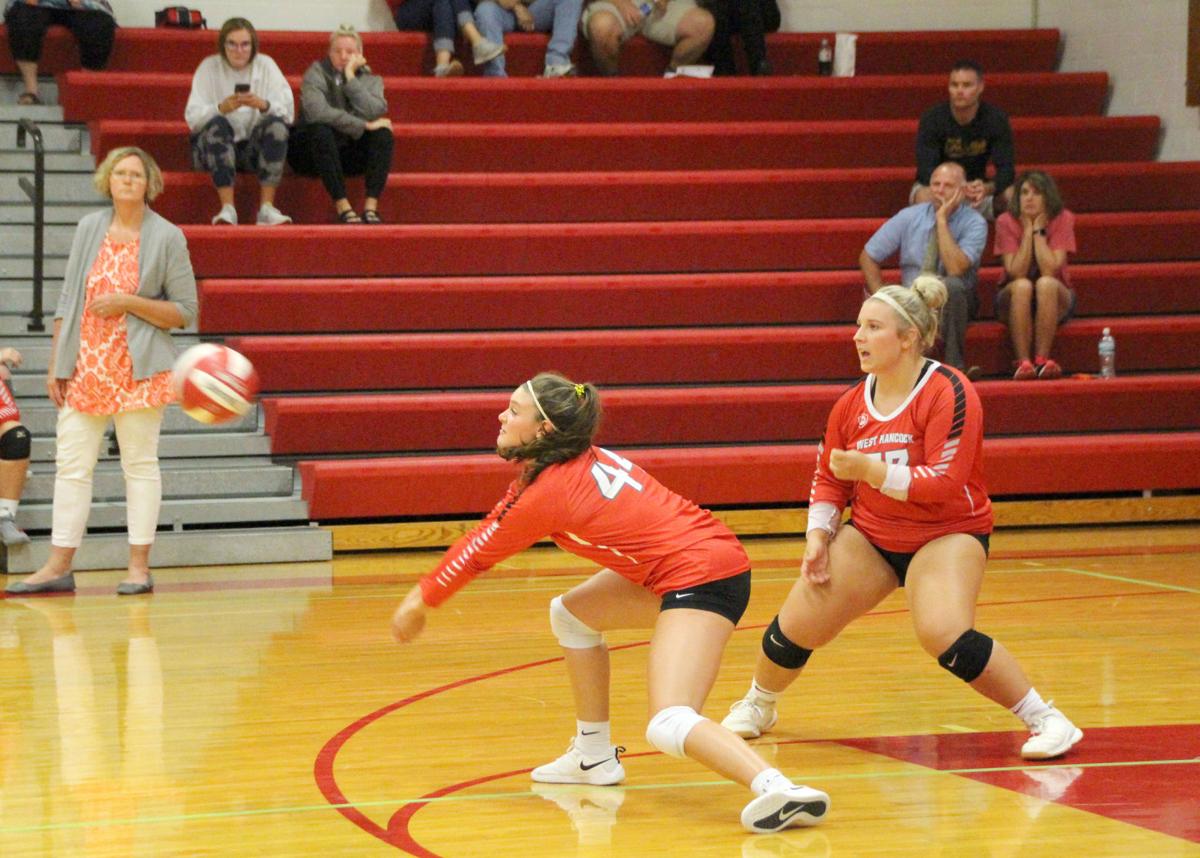 West Hancock's Shae Smith digs up a spike on Tuesday against Eagle Grove. 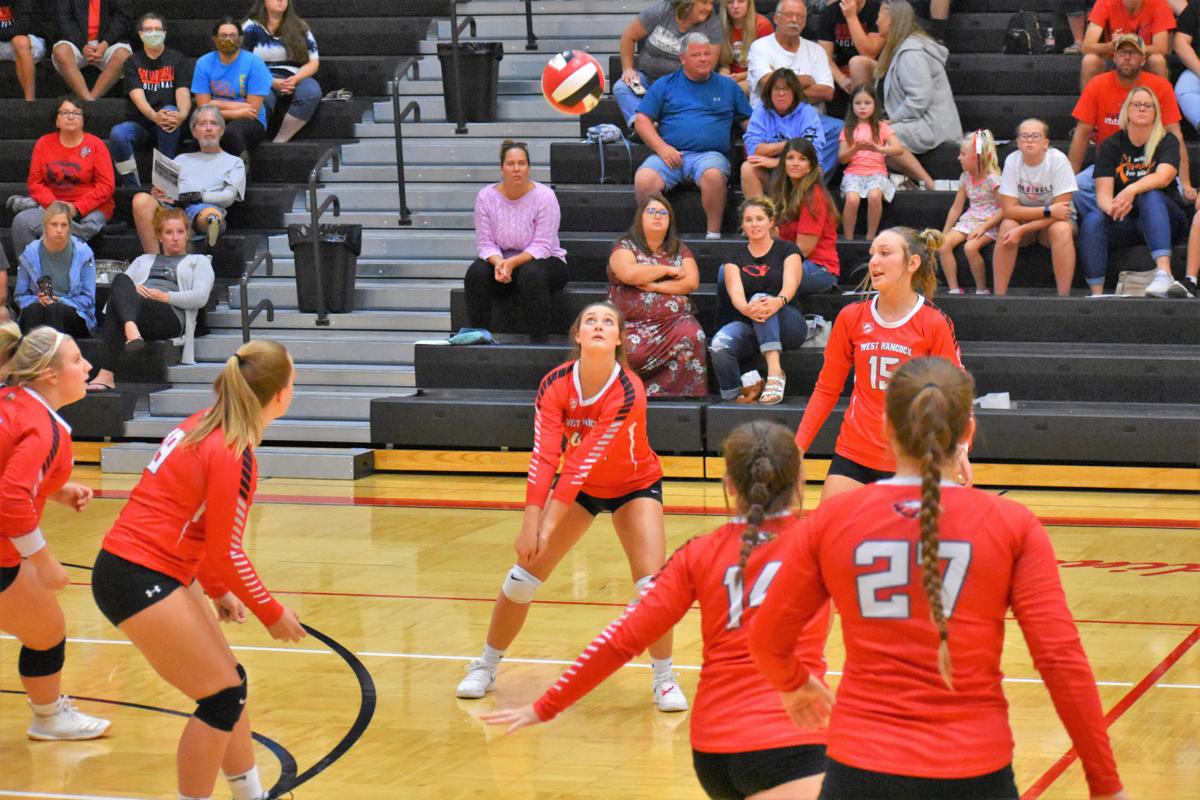 West Hancock's Shae Smith gets set to set the ball against GHV on Tuesday night.

The West Hancock volleyball team fell in three straight games to Garner-Hayfield-Ventura on the road Tuesday, beating the Eagles by set scores of 25-14, 25-8, and 25-10.

No stats were available for West Hancock.

The Eagles fell to 1-5 and will play on Tuesday against North Union.

Eagle Grove came out and delivered the first blow, winning the first set 25-22. West Hancock bounced back and evened the series with a 25-23 victory in set two. Set three was a nail-biter, as Eagle Grove won 26-24.

In set four, West Hancock stole momentum with a 25-22 victory. The Eagles soared in set five, 15-8, to take home the match win.

The win moves West Hancock to 1-4 on the season.

North Iowa made quick work of West Hancock in the first set, winning 21-2 before dispatching the Eagles 21-11 in the second.

In its second match of the tournament, West Hancock fell in two sets to Nashua-Plainfield, 21-10 and 21-4.

Against Rockford, the Eagles showed signs of life, staying with the Warriors the entire way in 21-18 and 24-22 losses.

West Hancock is back in action at 7 p.m. on Tuesday night as it hosts Eagle Grove on Senior Night.

West Hancock's Quinn Harle taps the ball over the next against GHV on Tuesday in Garner.

West Hancock's Shae Smith digs up a spike on Tuesday against Eagle Grove.

West Hancock's Shae Smith gets set to set the ball against GHV on Tuesday night.