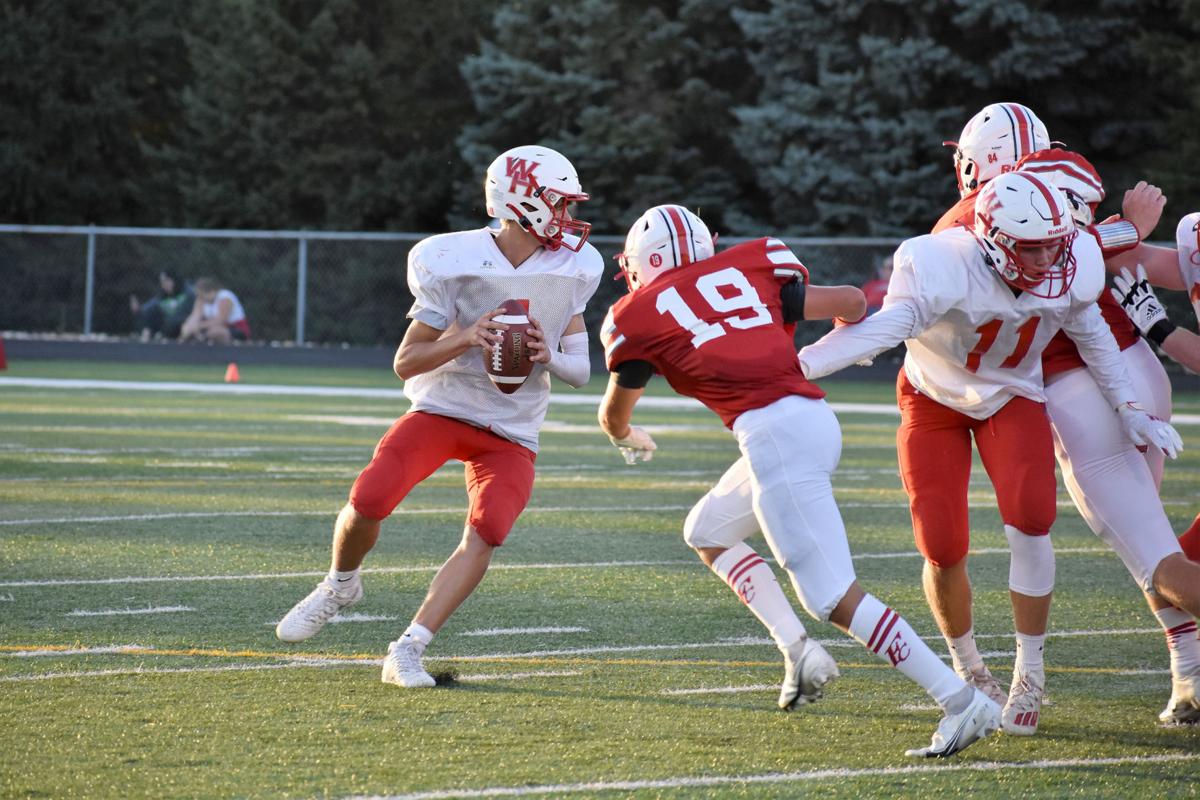 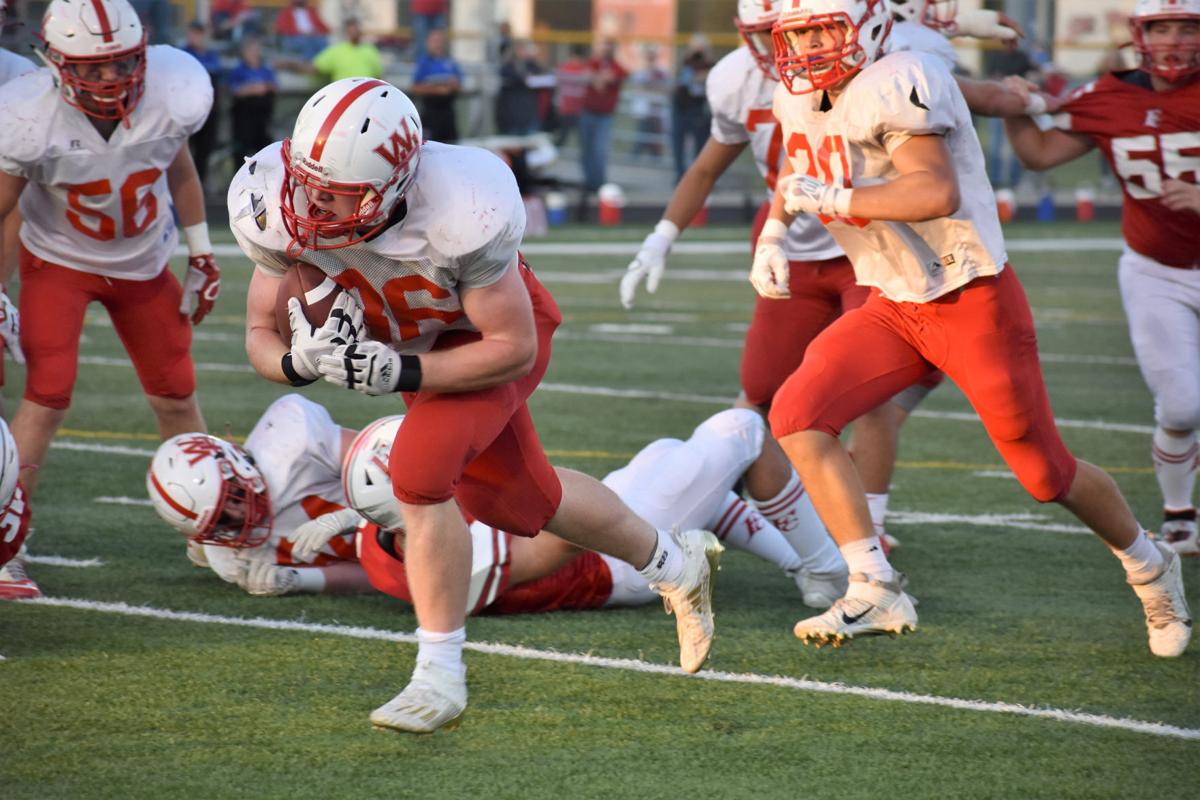 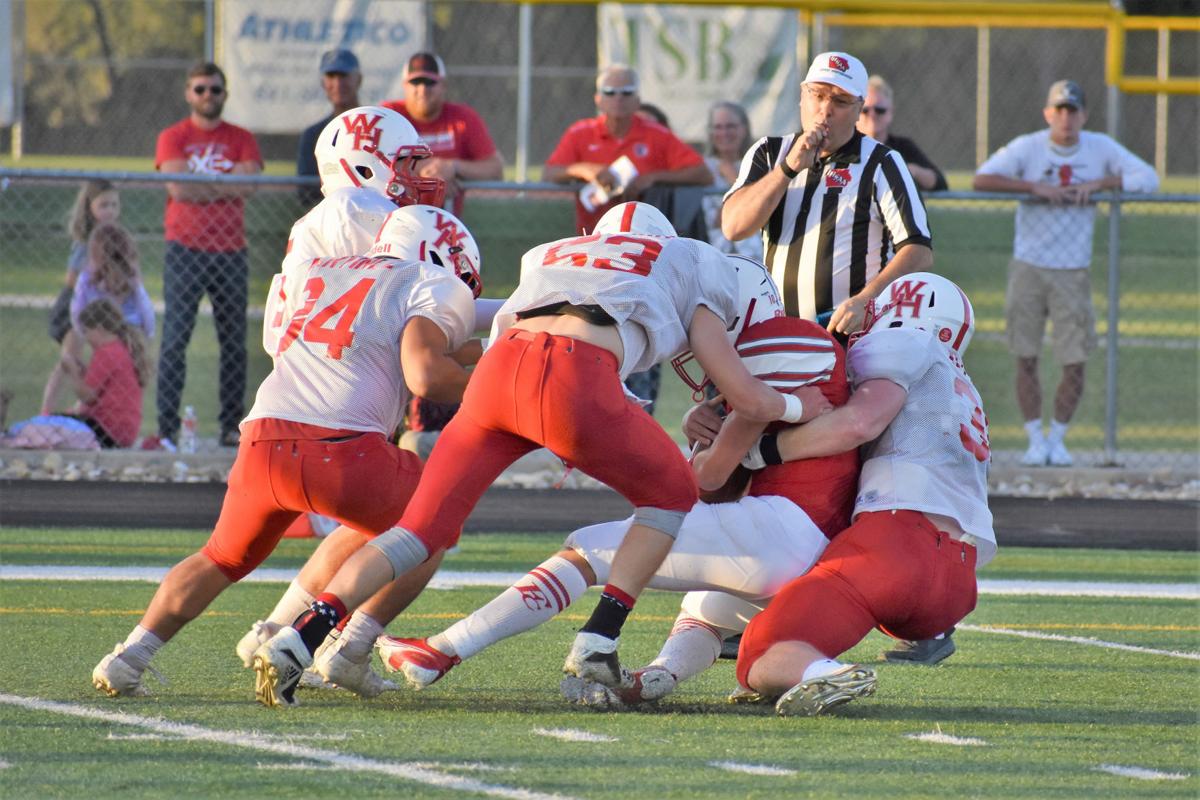 The West Hancock defense makes a tackle for the Eagles in their win over Forest city on Aug. 28.

The West Hancock football team got back to its old ways on Friday night, as the Eagles' run game dominated, paving the way for a lopsided 35-0 Eagles' victory over the Golden Bears.

Quarterback Cayson Barnes threw only one pass on the night, as the Eagles leaned heavily on the run game. Senior feature back Cole Kelly rushed for 303 yards on 20 carries, and four touchdowns. Kelly finished with an impressive 15.2 yards per carry average.

On defense, the Eagles didn't allow the Golden Bears to catch their breath. The team finished with three interceptions, two by junior Braden Walk, and one from Barnes. Walk returned one of those two picks for a touchdown.

Senior Chase Kronemann led the team with eight tackles, including 2.5 for loss.

With the win, West Hancock improved to 2-1 on the season. The Eagles will play next Friday, against St. Edmond.

The West Hancock defense makes a tackle for the Eagles in their win over Forest city on Aug. 28.