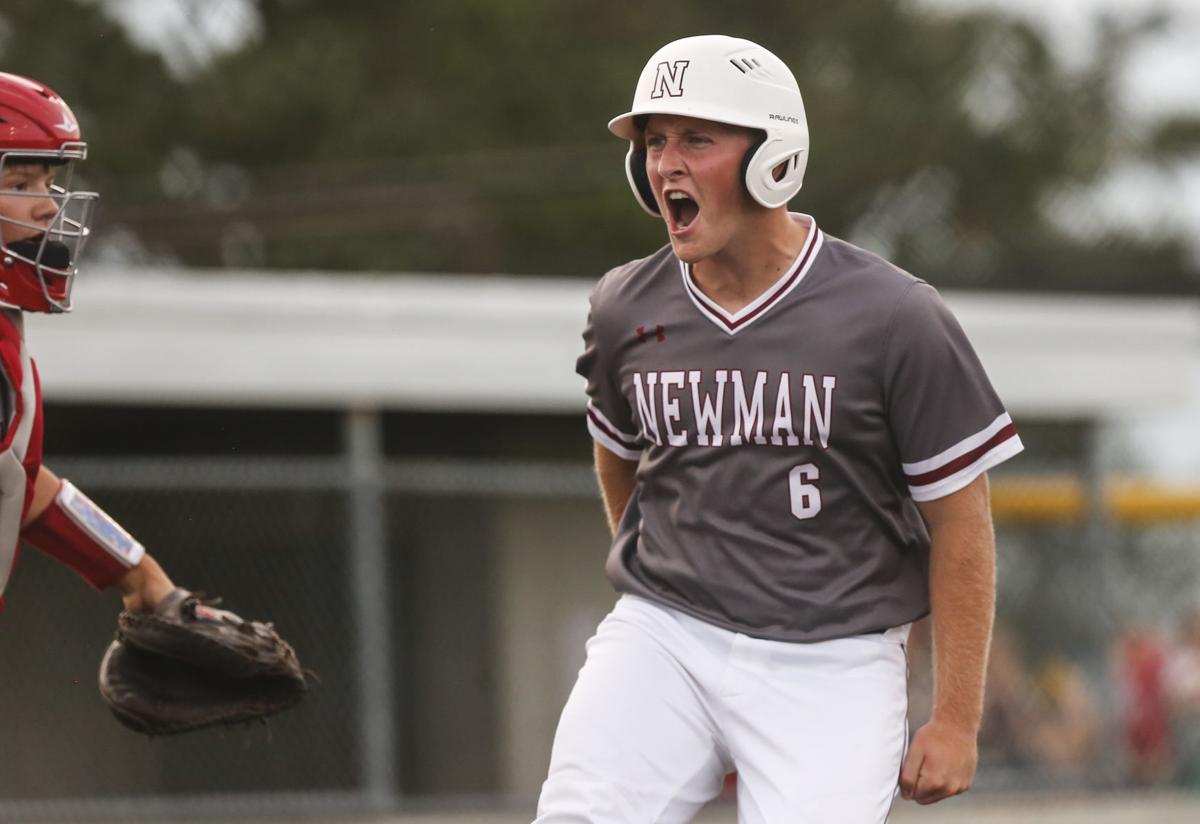 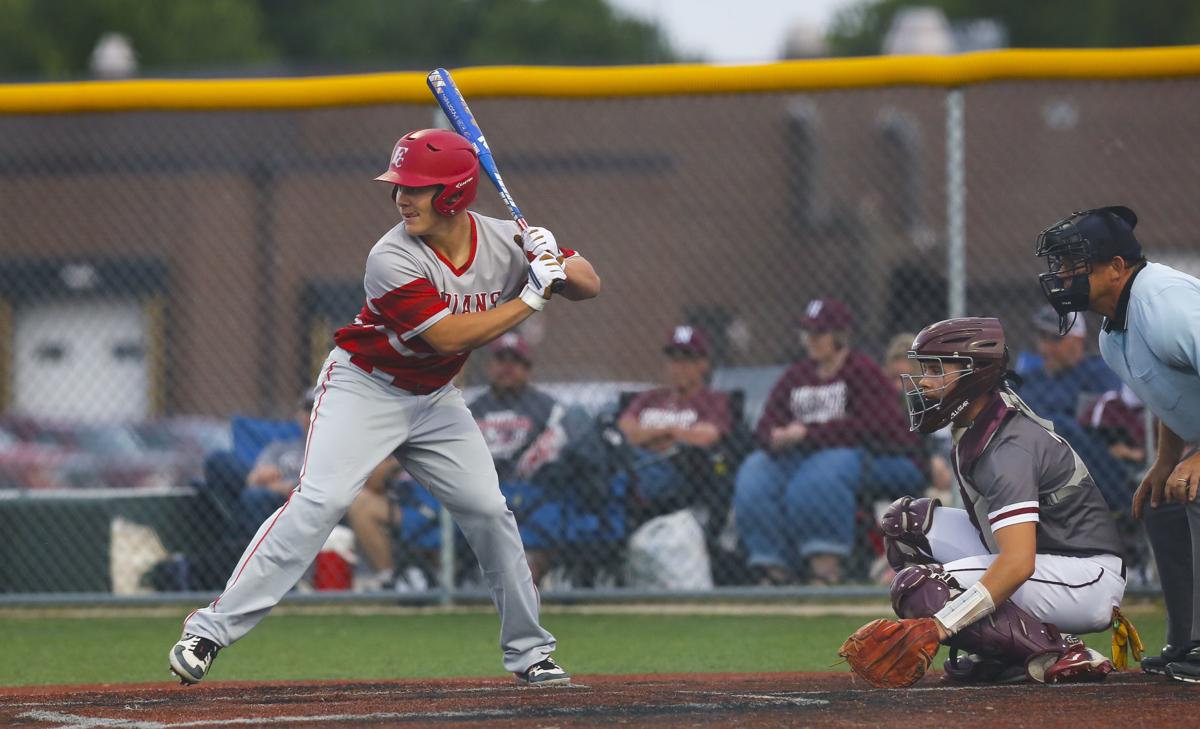 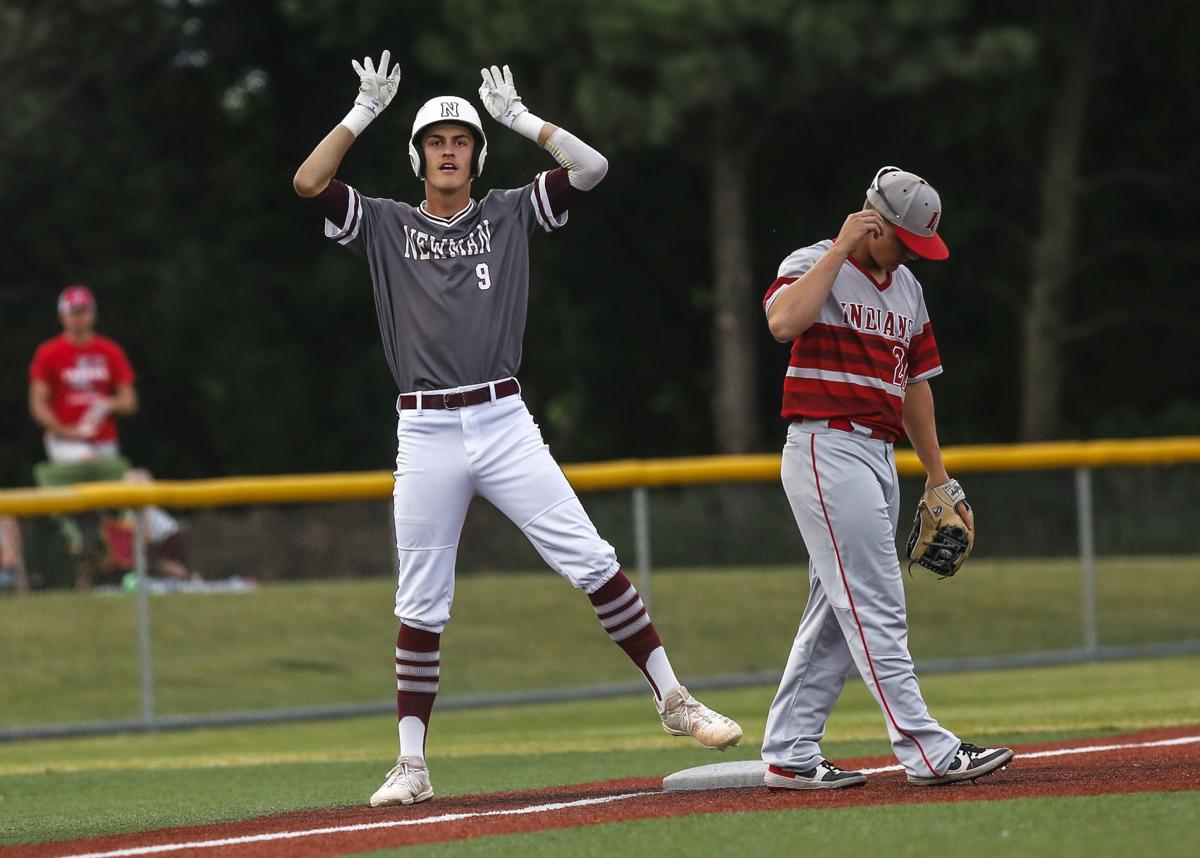 Newman Catholic senior Jacob Nelson celebrates at third base after clearing the bases with a triple against Forest City Thursday at Forest City.

The Newman Catholic baseball team only needed five innings to beat Forest City on Thursday night. The Knights put on an offensive show, beating the Indians, 17-2, in non-conference action.

After a scoreless first inning, Newman Catholic blew the game open in the top of the second inning, scoring nine runs. In the top of the third inning, senior Sam Kratz hit a three-run bomb over the towering left field fence. The Indians found themselves in a hole quickly.

"Pretty easy to see that Newman can swing the bat," Forest City head coach Jeff Jerome said. "We couldn't string anything together early in the game and then you dig yourself in a big hole like that into the fourth inning, it's tough to come back on a team that's fundamentally sound."

The Indians were able to score a run in the bottom of the third inning, when sophomore Reese Moore, one of the top hitters in the state, hit an RBI single to right field. After three innings, the score was 12-1.

"We finally but together a better approach at the plate," Newman Catholic head coach Alex Bohl said. "You get a nice night, the wind's blowing out a little bit, it feels like whenever you come up here the ball jumps a little bit. The kids put some good swings on pitches."

After the Knights suffered the first loss of the season earlier this week, Bohl says it was good to earn a win in such commanding fashion.

"That's the key. We've got to get back to playing Newman baseball," Bohl said.

Standing at just 5-foot-0, eighth-grader Gwen Fiser isn’t exactly the most intimidating pitcher the Central Iowa Metro League has ever seen. I…

School districts across the state of Iowa have been choosing to follow the Department of Education’s guidance of COVID-19 rules and regulations differently.

The Mason City softball team chalked up two marks in the win column tonight against Marshalltown.

State revenues have fallen by more than a half-billion dollars over the past three months, but the full impact of the coronavirus pandemic on Iowa tax collections may be less than that, an analyst reported Thursday.

Cedar Rapids investigator among best at tracking people down

CEDAR RAPIDS, Iowa (AP) — When prosecutors are tracking down a witness, looking for that one statement that confirms a victim’s story or helps… 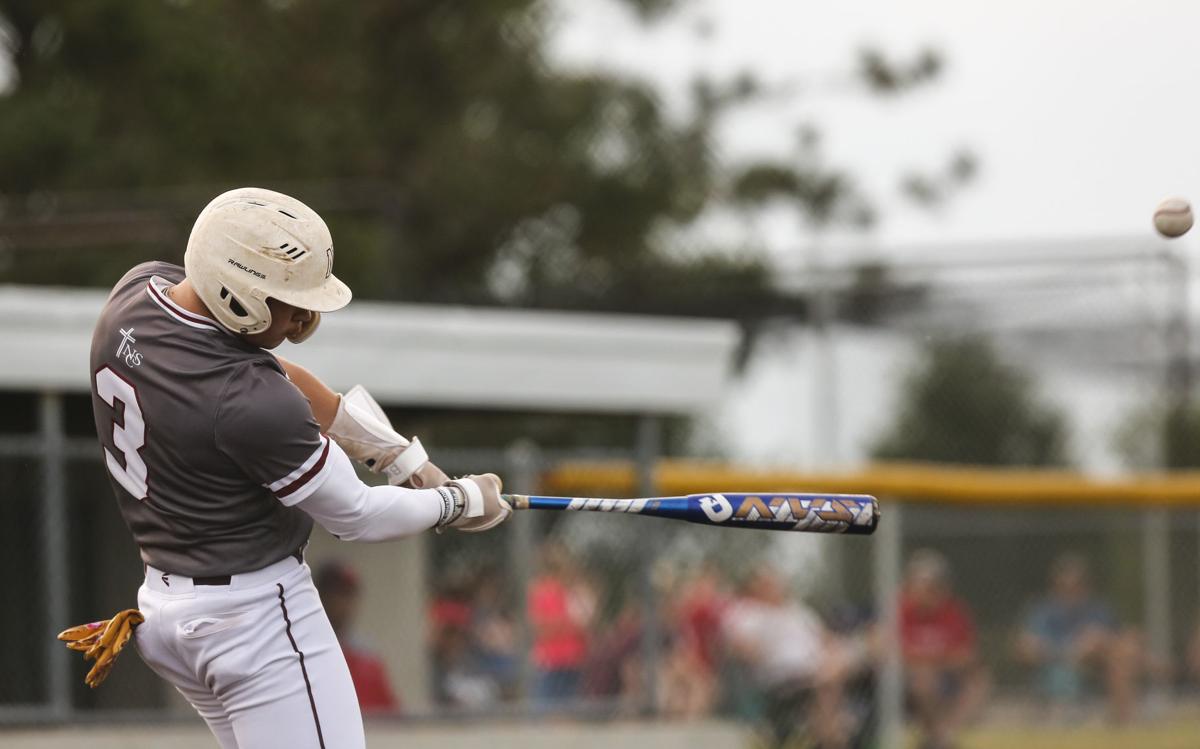 Newman Catholic senior Jacob Nelson celebrates at third base after clearing the bases with a triple against Forest City Thursday at Forest City.