At the Iowa State Capitol in Des Moines, there is a model of a retired World War II battleship. Almost 80 years ago it was christened the U.S.S. Iowa.

But soon there will be a nuclear powered submarine by the same name. It is currently being built in Connecticut.

Retired Capt. Peter Welch is a messenger. The Cedar Rapids attorney is also chairman of the commissioning committee for the U.S.S. Iowa. As a former United States Naval officer, Welch presents information about the new submarine and shows people a way to send the U.S.S. Iowa underwater with its sailors prepared.

At 2 p.m. on Oct. 27, Welch will give a free, public presentation at the Cedar Valley Seminary in Osage. No registration is required.

Before that, at noon the same day, he will speak to the Osage Rotary Club.

Before a similar event in Mason City, Welch said, "My mission is to raise money for the christening and commissioning process because we can do things like upgrade certain things that make habitability better for the crew.”

It was this presentation that inspired local financial advisor Steve Swenson to bring Welch to Osage. Like Welch, he is a messenger. According to Welch, the Navy does not provide beyond what is necessary for the crew, and other times the Navy must take the lowest bid, leading to the use of inferior products. There are limitations to spending taxpayer dollars, Welch explained.

“By edict, the cheapest of the bidders is going to be the successful awardee,” Welch said.

For example, low-bid curtains stretch across the bunks for the sailors’ privacy, and Welch and Swenson believe they can do better for servicemen. If they can raise the funds, they can upgrade such items by buying them by private purchase.

Another goal is upgrading the entertainment system, which is important during long stretches of tedium undersea.

Welch also said the in the 1960s and 1970s, the military was less concerned about the family of servicemen back home. One solution is the Family Readiness Group, created to support those left behind during times of crisis or important life events the sailor might miss.

“They finally woke up and realized the family unit back home is important,” Welch said.

While it is not the first time females have been crew members of a submarine, Welch said the U.S.S. Iowa will be the first American sub built with quarters specifically for women officers and enlisted crew members.

“Part of my mission is to get this out to the public,” Swenson said, adding he will attempt to make the local Rotary Club’s program educational. He is just glad to have one in 2021, as last year’s was canceled by the pandemic.

Swenson loves military history. He owns a World War II jeep. His grandfather served in the Navy during World War II. He was a dentist in the Philippines, and he would also travel to the horrific battleground of New Guinea to work on the teeth of the natives, who helped the Allies in the Pacific Theater.

Though his grandfather did not see combat, because of his occupation, he was sent to identify, by dental records, bodies charred beyond recognition.

“It was more than just filling cavities,” Swenson said.

Those stories stuck with him.

Welch also has a connection to World War II. He was in the U.S. Navy for 32 years, and for his first eight years he served on fast-attack submarines. For a while he was aboard the U.S.S. Dallas, whose collision with a Russian sub inspired the Sean Connery movie "The Hunter for Red October."

Welch’s father was a World War II veteran, and even in 1996 Welch could not tell his father what he did in the Navy during the Cold War. It was classified.

While Welch is chairman of the commissioning committee, former First Lady of Iowa Christie Vilsack is sponsor and Tom Hudson is executive director. Sponsors of Naval vessels have always been women, according to Welch.

There is one more sponsor, and it is a household name. It is Kelly Sullivan, the only granddaughter of the five Sullivan brothers, who were killed in action on the U.S.S. Juneau in World War II. Welch had known Kelly Sullivan for several years when he asked her to serve on the commissioning committee.

Their goal is to promote a lasting relationship between the people of Iowa and the crew of the submarine bearing the state’s name. Recently, the commissioning committee had the U.S.S. Iowa crew, including its CO, Cmdr. Quintin James, and the weapons officer, Lt. Kelly Packett, in Iowa the weekend of Oct. 9. They were on the field when the Hawkeyes beat Penn State.

According to the commissioning committee, the U.S.S. Iowa submarine is the fourth Navy vessel named after the state. It was announced in 2015 and its keel was laid in 2019. It will be christened, the bottles broken in the spring of 2022, and commissioned in the summer of 2023.

This is a $2.8 billion sub. It is 377 feet long and can travel at over 25 knots, the equivalent of around 29 miles per hour. Its crew will include 135 officers and enlisted men.

Part of Welch’s mission is to raise awareness of a new U.S.S. Iowa to follow the titular battleship. The former is smaller with fewer crew members.

“But it’s a lot of fine young men and women who for the next 35 years are going to be ambassadors for the state of Iowa as the ship sails all over the world,” he said.

The submarine was named in a ceremony in Ames in 2016.

The U.S.S. Iowa is a Virginia-class submarine, for which Jonathan Toebbe is accused of attempting to pass design information to a foreign government, according to the Navy Times. Therefore its technology is sought after by hostile countries across the world.

At his recent Mason City presentation, Welch said there was a petty officer from Webster City who could have chosen any place in the Navy, and he chose to spend his last two years on the U.S.S. Iowa. Otherwise the crew was chosen by Navy detailers.

“It’s the start of a wonderful relationship with the state, the crew and the ship,” Welch said. “When I was on submarines 45 years ago, they weren’t near as sophisticated. Back when I was on it, it looks like the old movies, where guys are standing there with these big hydraulic wheels. And the submarines had periscopes.

The Forest City community celebrated preservation of the former Irish Hospital at its groundbreaking ceremony. The old hospital is to become Irish Hospital Apartments.

Stacy Anderson has been promoted to a Lichtsinn RV sales manager. She will join Hannah Lunning and Jason Bruckhoff. 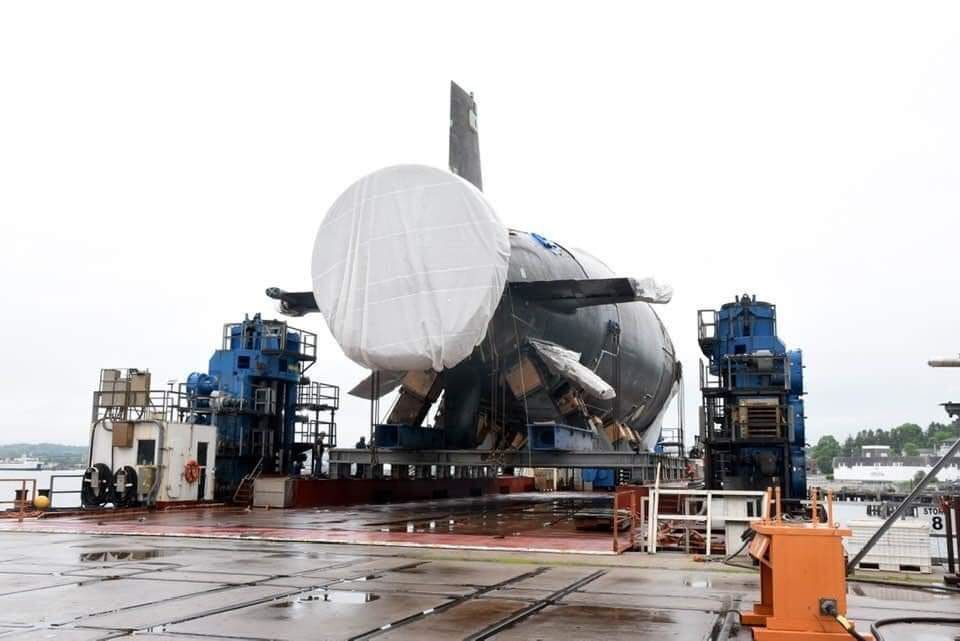 The rear part of the U.S.S. Iowa submarine arriving in Connecticut from Virginia. 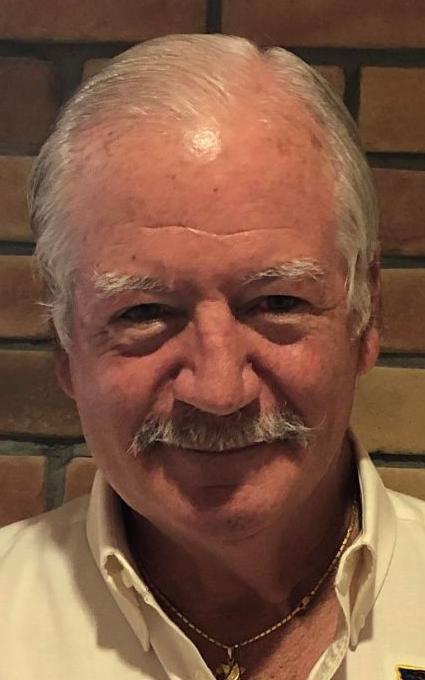 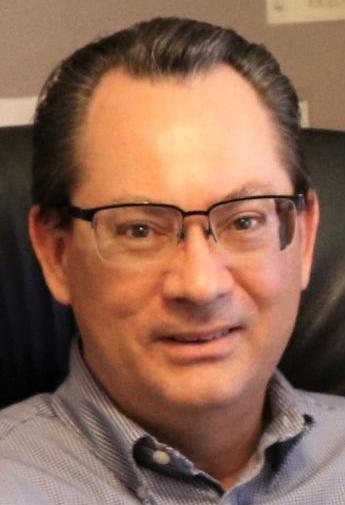 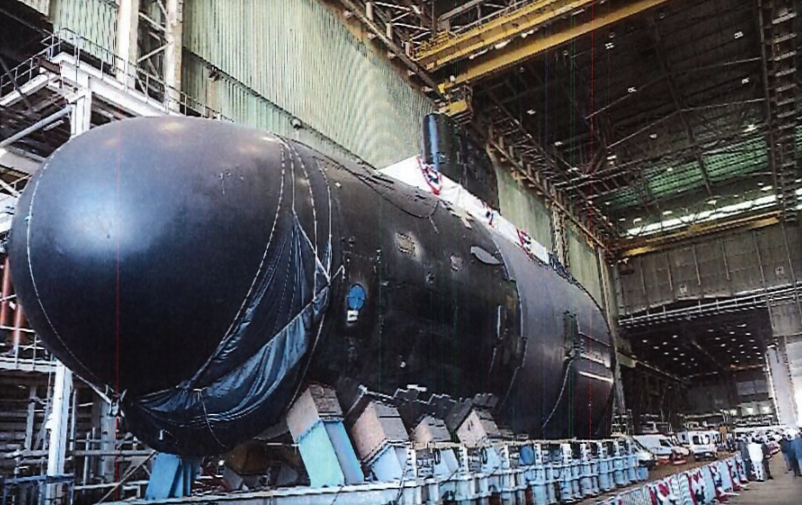 The front of the U.S.S. Iowa nuclear powered submarine.