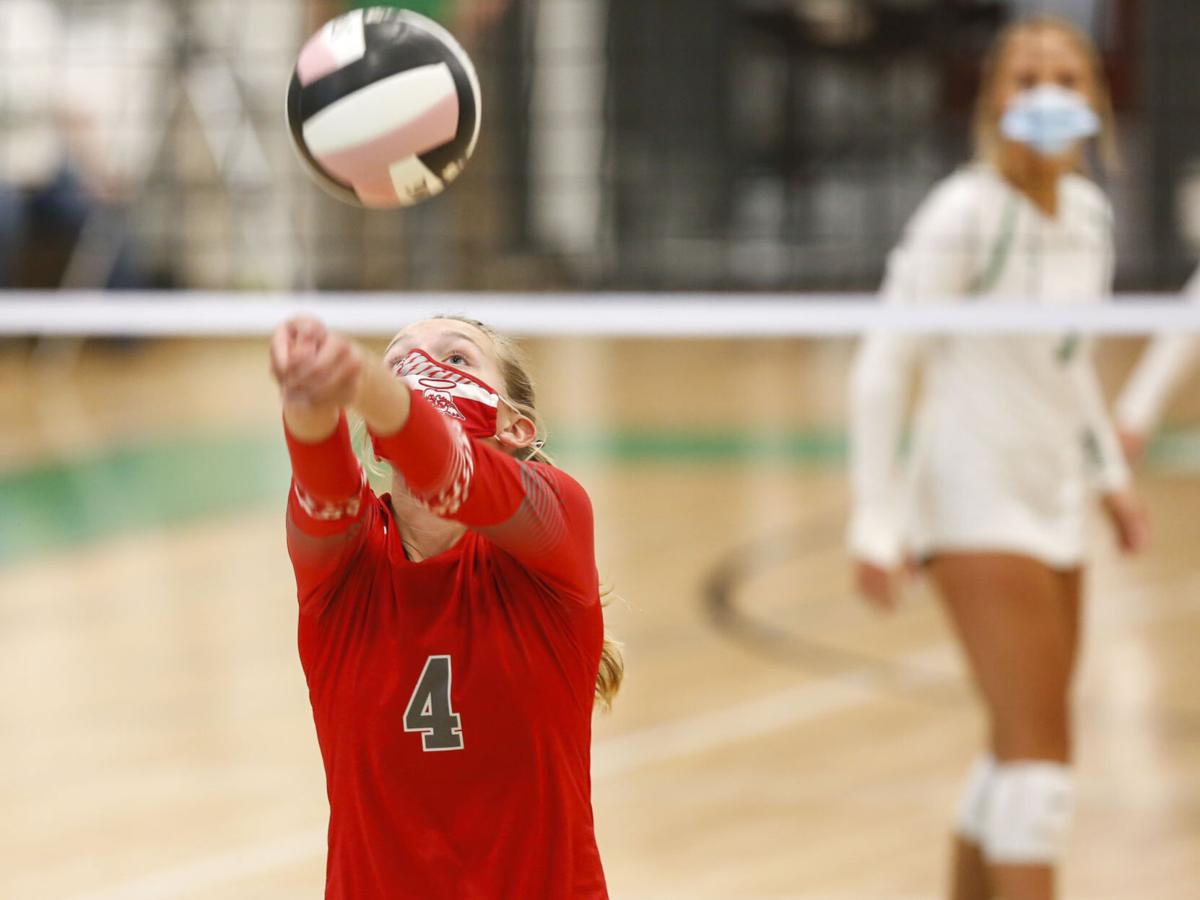 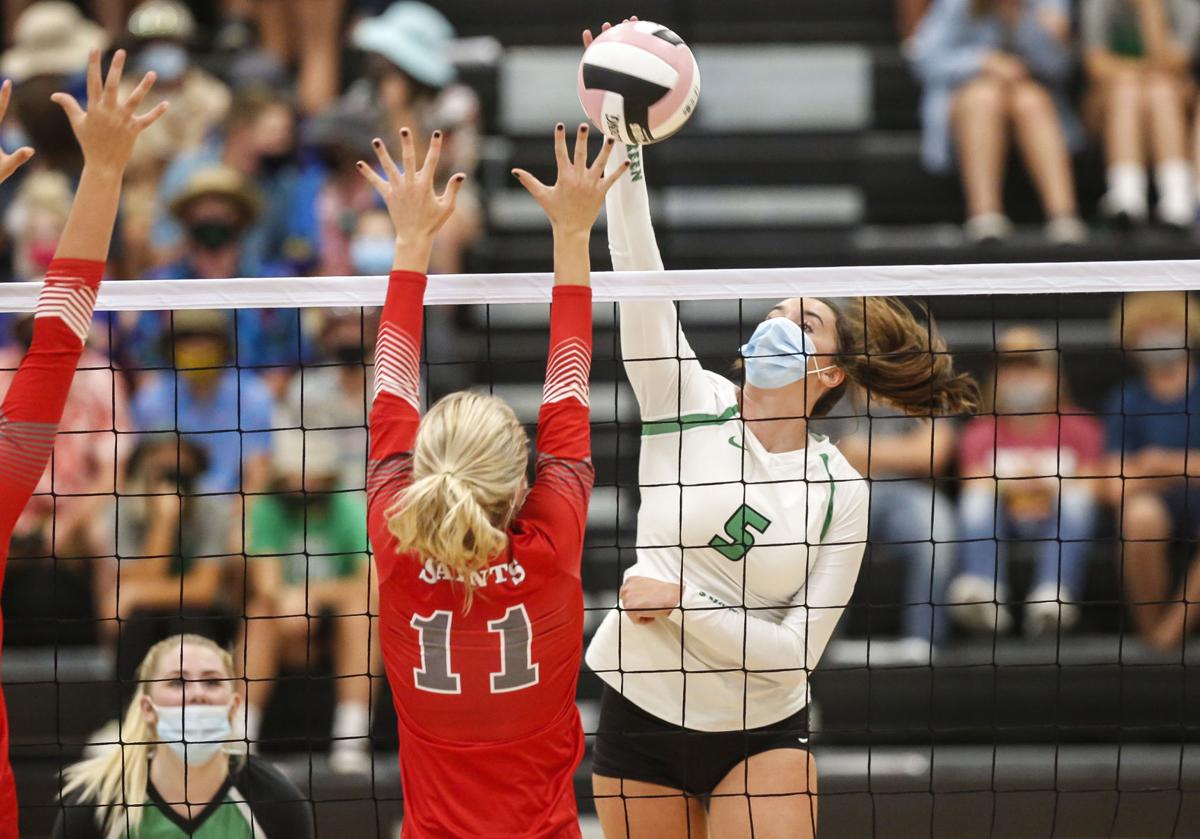 Osage junior Kaebre Sullivan hits the ball over the net against St. Ansgar earlier in the season at Osage.

Although North Butler snuck away with a win in one set, the St. Ansgar volleyball team earned the match victory on Tuesday night at home. The Saints beat the Bearcats, 3-1.

Senior Brooklyn Hackbart had 14 kills and senior Blayne Koster had 10 in the win. Senior Hali Anderson had 40 of the team's 43 assists. St. Ansgar moved to 4-3 with the win.

Osage junior Kaebre Sullivan hits the ball over the net against St. Ansgar earlier in the season at Osage.