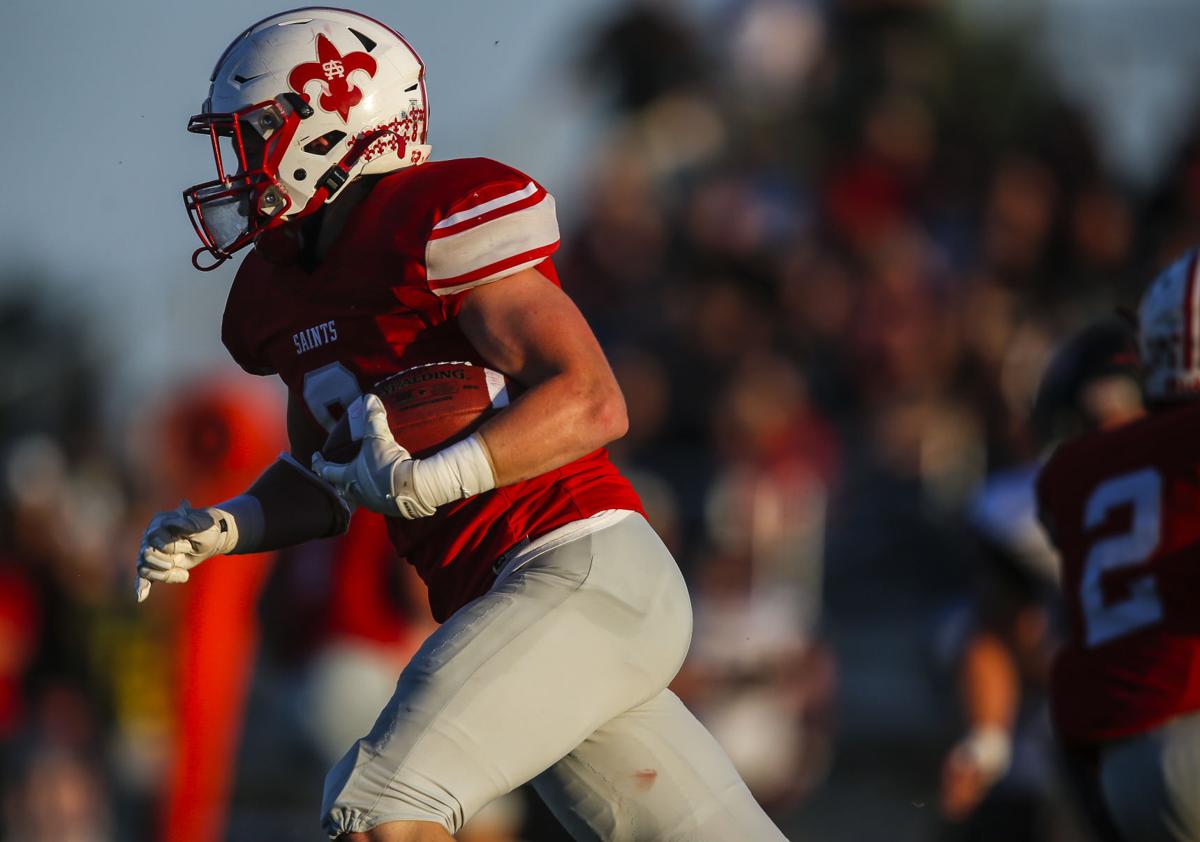 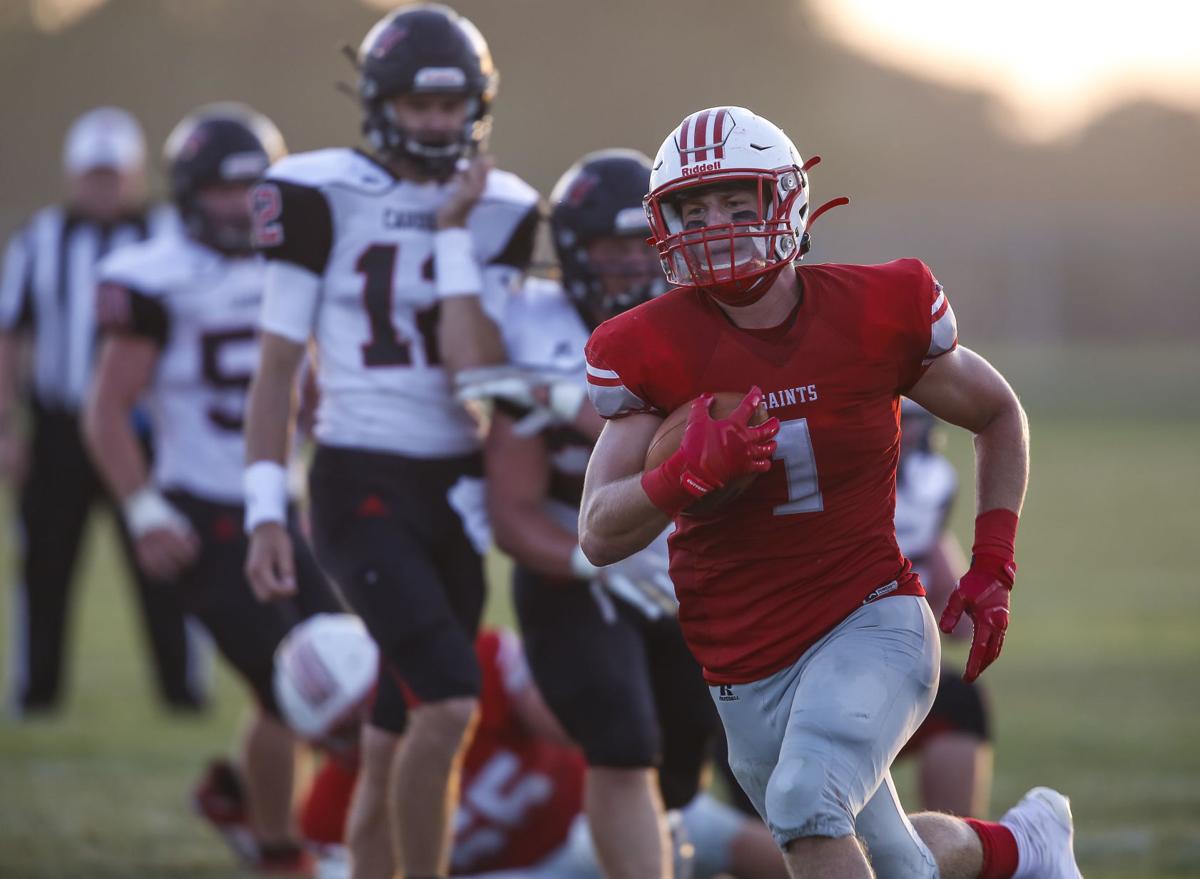 St. Ansgar senior Carter Salz strolls through the end zone for a touchdown against Garner-Hayfield-Ventura on Sept. 4 at St. Ansgar. 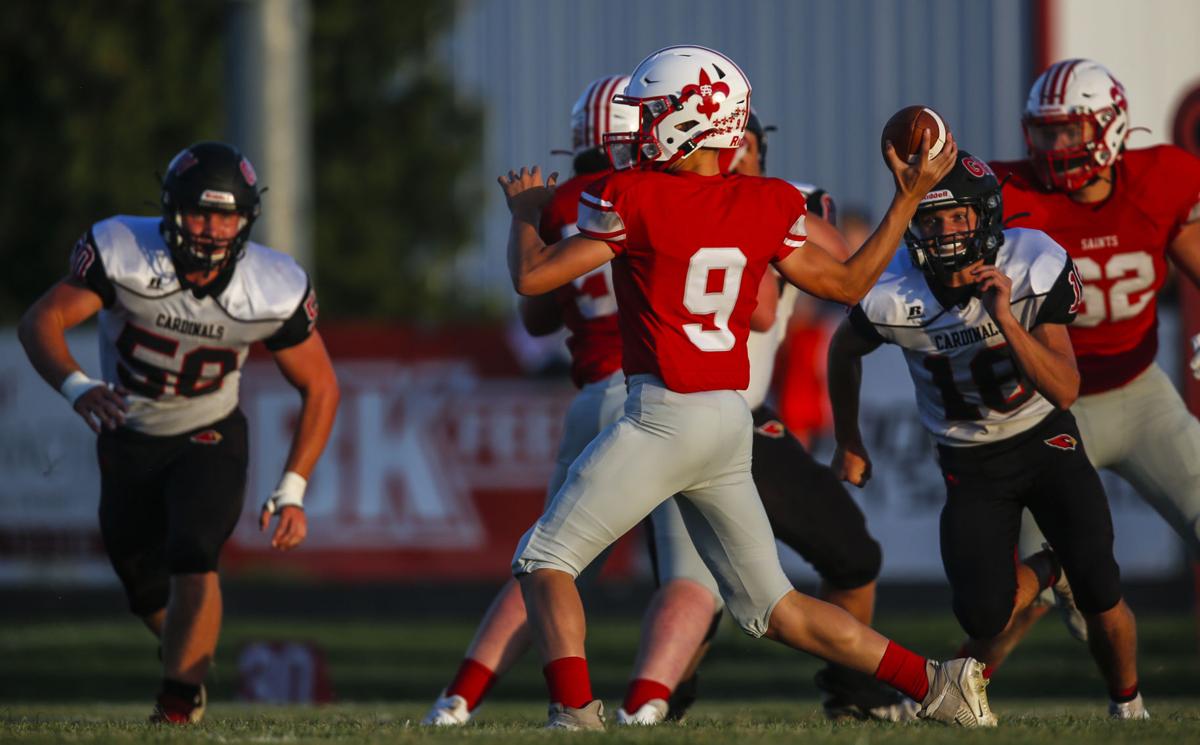 The St. Ansgar football team earned its third straight dominant win to start the season, as the Saints crushed Nashua-Plainfield on Friday night, 42-0.

Cole had a spectacular game, rushing for 141 yards on 12 carries and a touchdown. Cole also picked up a receiving touchdown, returned a kickoff 83 yards for a score, returned a punt return 51 yards to the end-zone, and also finished with an interception.

Senior Derek Peterson scored the Saints' other touchdown, with a one-yard recovery on a Huskies' fumble.

The Saints held the Huskies to just 96 yards of total offense.

The win boosts St. Ansgar's record to 3-0 on the season. They will play next Friday, against West Fork.

St. Ansgar senior Carter Salz strolls through the end zone for a touchdown against Garner-Hayfield-Ventura on Sept. 4 at St. Ansgar.