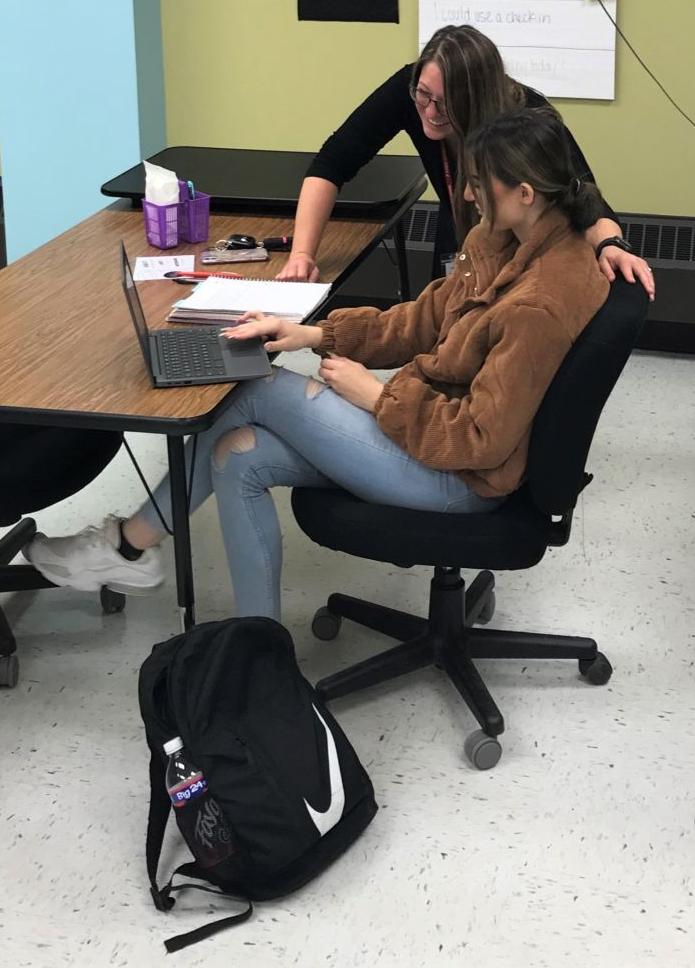 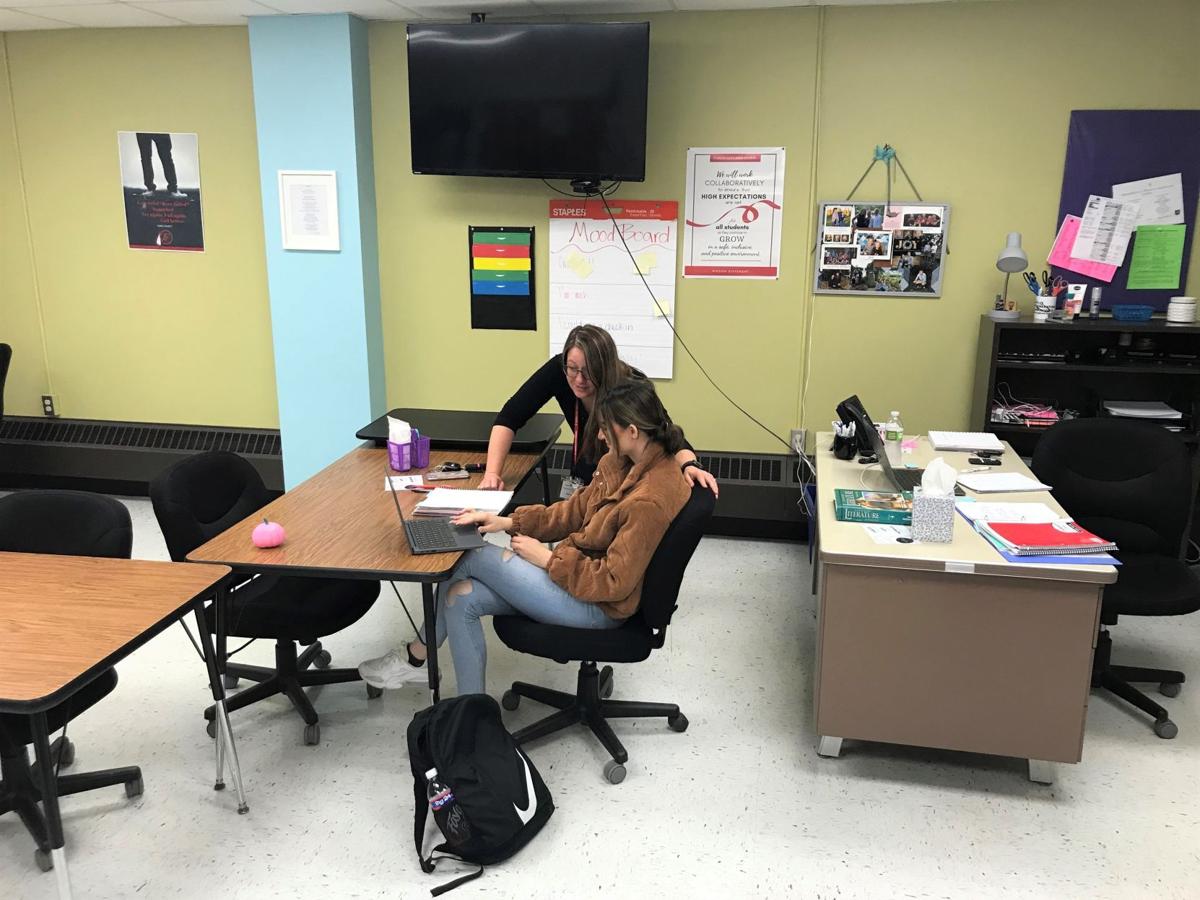 Merriya Ruiter is in her first year as the Forest City Community School District’s alternative school teacher, but she already has nearly two decades of diversified teaching experience.

“This is my 18th year teaching,” Ruiter said. “I started as a foreign language teacher after having been a foreign exchange student in high school.”

She taught German, Spanish, and then English and spent most of her teaching career to date at West Sioux High School in Hawarden. She even taught abroad in China for an entire school year about five years ago. That’s when a private American high school in Florida started a sister school in China. Ruiter expressed her interest and earned the assignment, aligning the curriculum there to American curriculum standards and teaching English as a second language.

Not long after she returned, she met her future husband, Patrick Ruiter, son of Barb and Barney Ruiter of Forest City, and was hired by the Belmond-Klemme Community School District.

“Him being a Forest City alum is part of what interested me in this position,” Ruiter said. “We had some connections in town and I was familiar with and really liked this community.”

In August 2020, Merriya and Patrick were married. In landing the job of Forest City’s alternative school teacher for the 2021-22 school year, Ruiter quickly became settled into the downstairs classroom at the Cooper Building/Forest City School District Office, 145 S. Clark Street. It is a different position than she has taught before, but she said she is enjoying the challenges it brings.

“It is mostly upper-level high school students, mainly juniors and seniors, with some students who have not been real successful in the regular classroom and need extra time and attention to get a diploma,” Ruiter said.

“Even though some of my students are involved in that program, it is separate,” Ruiter said. “I am averaging about 12 students right now. A lot of it is goal setting, program monitoring, and assessing their individual situations. Their goals might be when they want to graduate, finding opportunities to get a job, living on their own, or completing work studies for high school credit.”

She noted that oftentimes it is like being an advisor as much as a teacher because in addition to grading many essays, she manages individualized programs for each student. She makes sure these students are getting things done and going in the right direction to meet their goals.

“It’s a little bit of cheerleading and being there for them,” she said. “It is very individualized. These students are in different situations, places, systems and courseware.”

She utilizes an online learning platform for a wide-range of lesson planning, whether it be English, math, electives, sociology, or whatever individual students’ needs may be.

“It’s all over the board,” Ruiter said. “Nobody is doing the same thing. It is so individualized. Right now, there are eight students here all day long and four or five that come for part of the day and are at the main high school campus the rest of the day. Some need core coursework, let’s say English, to catch up or to graduate. This is a new kind of teaching for me. As an English teacher, I usually had about 180 students and you know them, but don’t really know them like this.”

Ruiter has a long-term goal to expand the curriculum so that more students can attain everything they need academically, and for their life situations, in her classroom. That includes best helping students transition to post high school, jobs, military enlistment, or whatever they want to do. She said she hopes to do it by establishing even stronger relationships with businesses and volunteer organizations in the community.

“These students do get a regular high school diploma,” she said. “If they are interested in further study or training at NIACC or somewhere else, those opportunities are available to them, to have me help them make that transition. It is a parenting, mentoring sort of a role. I really enjoy that part of my job.”

She said her current students are developing good relationships with her and other school staff and that “they are really good kids, so it is great to see them reach some of their goals and have some success.”

She cited examples of what some of these students are dealing with at a young age.

“I have some students struggle with health issues or they are living independently of their parents,” Ruiter said. “That’s a lot of pressure for an 18-year-old. They might have a lack of family support, have to pay for rent. But it is mostly getting them that diploma. Completing high school will be a huge benefit.”

A native of South Dakota, Ruiter graduated from the University of South Dakota in Vermillion, South Dakota, where she had already earned college credits as an ambitious high school student. Two decades in education have only honed her ambitions to make a positive difference in the lives of her students.

The Forest City community celebrated preservation of the former Irish Hospital at its groundbreaking ceremony. The old hospital is to become Irish Hospital Apartments.

Stacy Anderson has been promoted to a Lichtsinn RV sales manager. She will join Hannah Lunning and Jason Bruckhoff.