When Northwood-Kensett and West Hancock showed up in Sheffield for the first round of Class 1A District 3 baseball action, the original plan was to start at 4:30 p.m.

After a series of downpours and thunderstorms, the West Fork baseball team worked furiously for four hours to make sure the four teams there could get in the doubleheader on Saturday.

The first pitch in Northwood-Kensett and West Hancock's baseball game came at 8:10 p.m. The Vikings put an end to the Eagles season, beating them 12-4.

West Hancock jumped to an early 3-0 lead, scoring all three runs in the second inning. The Vikings were able to get one back in the bottom of the second frame to make the score 3-1.

In the bottom of the third, the Vikings took the lead, scoring four runs on four hits. After a slow start, Northwood-Kensett's offense seemingly found a rhythm.

The Vikings continued putting up runs, scoring one run in the fourth frame and five runs in the fifth to extend their lead.

West Hancock struggled with pitching in the fifth inning, walking in two runners with the bases loaded and hitting a batter to send another in. The Eagles only scored one more run throughout the game after scoring three in the first two innings.

For the Vikings, junior Cade Hengesteg and freshman Nolan Senne each had two hits and an RBI. For the Eagles, senior Chandler Redenius had a hit and two RBIs.

West Hancock finished the season with a record of 4-7.

Rockford 11, West Hancock 3: The Rockford baseball squad beat West Hancock by an 11-3 score on Monday night, as the Warriors improved their record to 9-4 on the season.

Rockford held a 6-3 lead going into the top of the seventh, and then scored five runs to put the game out of reach.

For the Eagles, seniors Brayden Leerar, Tate Hagen, and Tristan Hunt all pitched, and each allowed at least three runs. With the loss, the Eagles fell to 4-6.

When eating establishments in Iowa were allowed to reopen after being closed in March due to COVID-19, Jessica Baldus, who owns two restaurant…

Proceedings in the Iowa District Court for Winnebago County for the week of July 13, 20, 27

Construction will soon be complete for the Osage Agriculture Greenhouse at Osage High School. 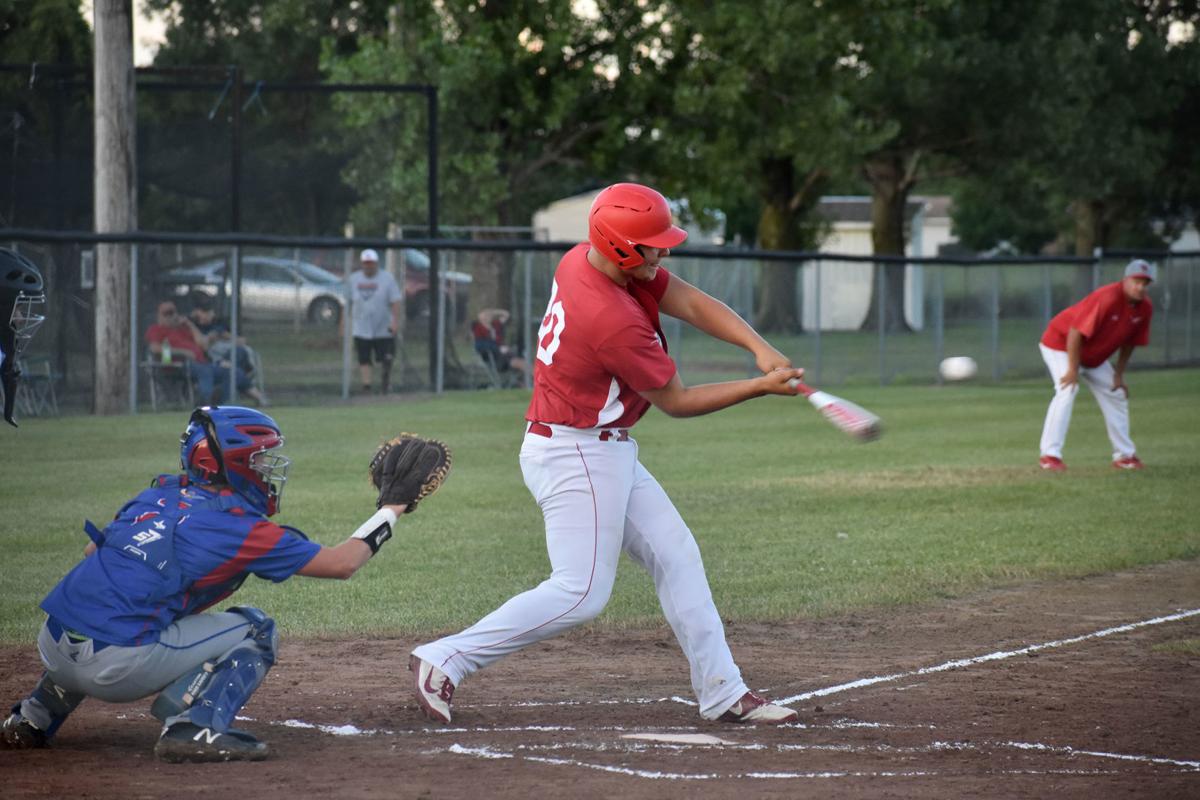 West Hancock's Tristan Hunt gets a base hit against Northwood-Kensett in first-round action of the Class 1A District 3 playoffs Saturday in Sheffield. 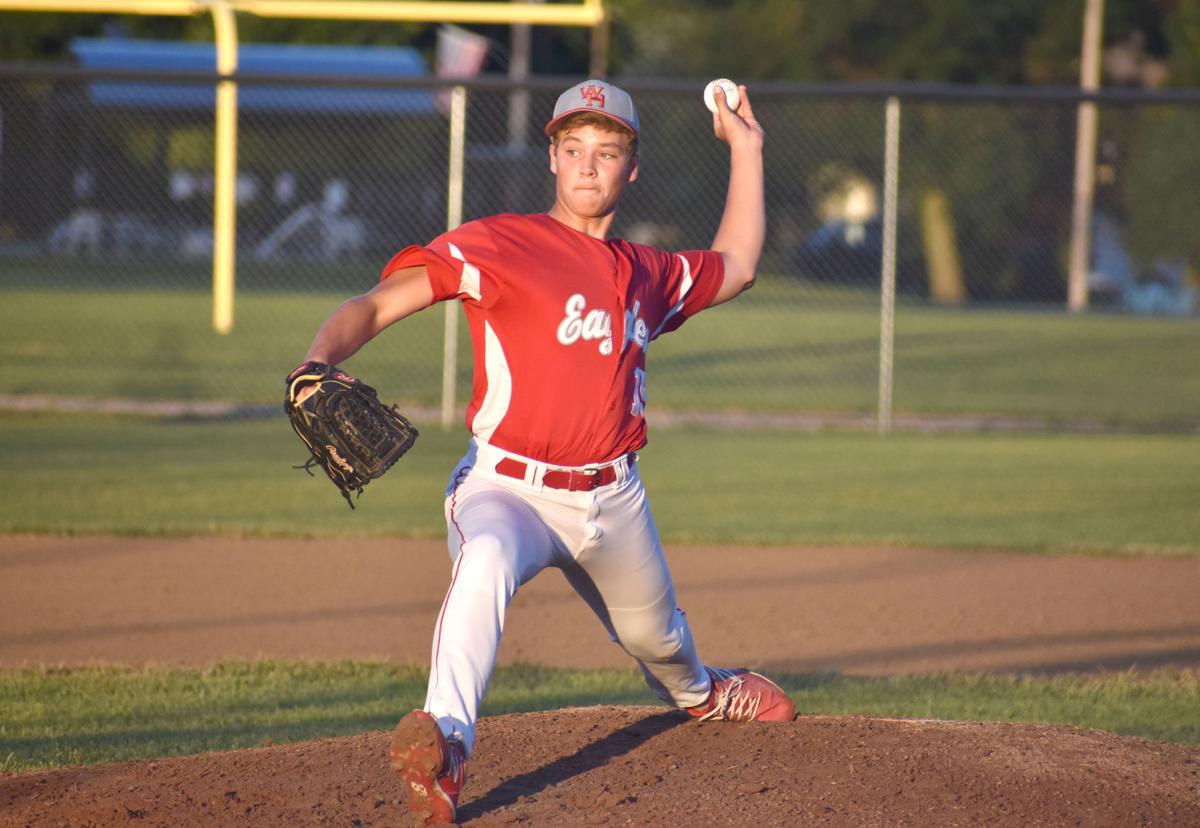 West Hancock's Braden Walk delivers a pitch during the Eagles' first round playoff game against Northwood-Kensett on Saturday in Sheffield. 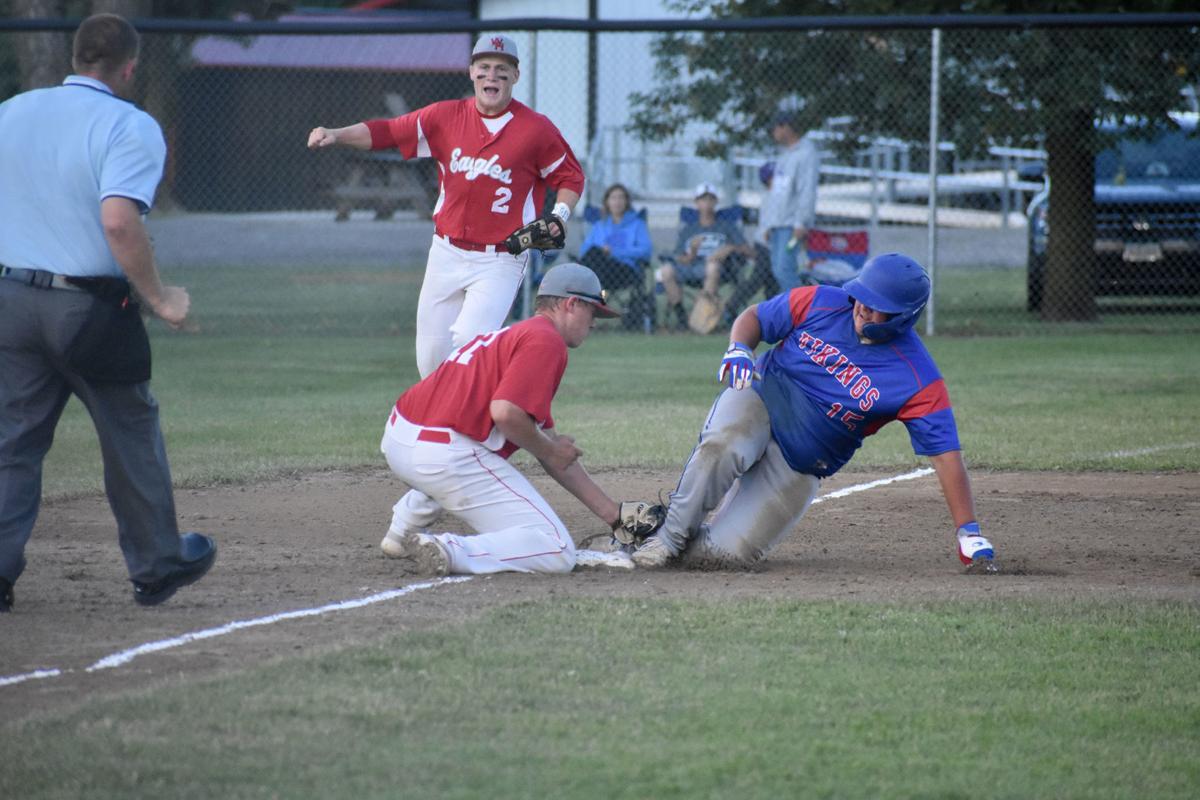