Several actors and choreographers were chosen to participate in the 2022 Iowa High School Musical Theater Awards Showcase. They will be under the bright lights of the Des Moines Civic Center on June 18.

Emma Blaha, Baily Nasstrom and Mathew Johnson will receive special recognition for playing their principal roles of Rosie, Tanya and Sam, while Maggi Steele will be honored for her choreography.

Michael Johnson and Alexa Thyer will represent Osage by performing in a collaborative interschool medley led by a guest Broadway music director and choreographer.

Claudia Aschenbrenner will have the biggest part to play. In Des Moines she will audition for the Triple Threat Award – singing, acting and dancing – with an excerpt from her award winning role as Donna Sheridan in Mamma Mia! There are six males and six females vying for the crown of best actor and actress in the State of Iowa.

In addition, the Osage Choir was recognized for outstanding scene.

The Winner Takes it All

For Matthew Johnson, the recognition came as a surprise.

“I wasn’t expecting anything,” he said. “Then one day we find out we won an award. It was great to be recognized for the effort we put in.”

Nasstrom said she would not have been disappointed. Blaha found out about the honor from word of mouth.

By March, Osage music director Laurie Hoeppner knew the secret, though Aschenbrenner’s Triple Threat Award was not revealed to Hoeppner until April. The recognitions were not announced until May 11, so mum was the word, since some schools are not done with their shows until the first weekend in May.

For Aschenbrenner, she knew it was meant to be last fall when the musical was chosen. She first watched Mamma Mia! when she was 10 years old, and she knows the movie by heart.

“It’s still on repeat at our house,” she said. “Being Donna in high school was a dream come true.”

If the Civic Center is full, Aschenbrenner will perform before an audience of 2,744 people. “And it sells out within the first five minutes,” she said. “It’ll just be another performance for me. I’ve been training enough I’ll have muscle memory by then.”

Aschenbrenner must prepare a monologue and a two-measure cut from a Mamma Mia! song, as well as a song from a play she has never performed, which in this case is The Sound of Music.

Appropriately enough, the name of the song from Mamma Mia! is The Winner Takes it All. Aschenbrenner hopes that is prophetic. Students who win the Iowa Triple Threat Award get to compete in New York City.

A few years ago, the school also earned several awards for its performance of Beauty and the Beast. Four students received outstanding performance in a principal role. Three of those four earned the Triple Threat Award. But because of COVID-19, the students did not get the chance to perform.

Nasstrom’s older sister was one of those honored.

Hoeppner described these students as the leaders of the drama department.

According to Aschenbrenner, school plays bring students together who do not normally interact, and then transforms them into a performing family. When she says it is hard work, it is not an exaggeration. The cast has been known to practice for over four hours in one stretch. They also put in time outside of practice from September to November.

That is four days a week, but when extracurricular activities besides theater cut into their time, they add another day. Sometimes there are Saturdays, sometimes Sundays. Football players are often gone, thinning out many of the male roles.

They get their scripts before school starts in the fall semester.

Aschenbrenner is busy enough in autumn as a standout volleyball player and a fulltime student. There is cross country and swimming. Blaha worked two jobs in addition to practice.

“It’s a good time being someone you’re not,” Johnson said. “You step into their shoes and act like them. You practice so much, as soon as you step out there, it’s natural.”

“I’m not Bailey Nasstrom when I walk on stage,” the Osage junior said. “I am Tonya.”

None of them feel pressure to perform well. One of the reasons they excel and were honored by the State was because they put in the work, according to Hoeppner.

Nasstrom believes she struggled more in practice than onstage. She went as far as to say practice was frightening. “I kept getting this one part wrong, but on opening night I did it right,” she said. “Having the audience there helps in a way.”

Because of the stage lighting and the darkened amphitheater, it was difficult to make out faces, but she could still hear their laughter.

For many of the actors, freshman year was their introduction to the theater.

“I was never interested in it until I got into high school,” Johnson said. He did not even try out for a role that year. Instead, it was Hoeppner who saw his potential and drew him into the fold. “She pressured me, and I’m glad that happened.”

Johnson is described as leader of the men. He is the only senior among them.

A common sentiment among the theater students is the desire to leave stressors and responsibilities of the world behind, if only for a few hours.

“I come onstage and let those worries go,” said Aschenbrenner. “That day I become Donna. It is therapeutic to step out of yourself for a second and be a different person. It’s fun to explore new characters.”

Before the play, Blaha said she rarely talked with her fellow actors in lead roles, but they became best friends.

For three years, Blaha’s role had been as a backstage hand. In 2021 the senior auditioned for a leading role. “Mrs. Hoeppner pushed me. She said, ‘You can do it this time.’”

For auditions, actors indicate a preferred role, but that does not always happen. The part chooses them.

“You don’t pick it,” Nasstrom said. “It’s whoever fits the role best.”

Johnson believes Hoeppner already knows before auditions what shape the actors will take. For him it was Sam.

Nasstrom also believes Hoeppner chooses the musical based on her cast. For some reason, Hoeppner saw Mamma Mia! in this year’s students.

For Aschenbrenner, the hope is Hoeppner’s choice takes her from Osage to New York City.

On June 28, the Britt Police Department announced the execution of a search warrant and recovery of narcotics recently in the 500 block of 3rd…

There could soon be a return to local ownership for the growing Forest City campus and online degree programs of Waldorf University.

Joy Newcom of Forest City was named an Iowa Mother of Merit for 2022 by the Iowa Mothers Association, a chapter of American Mothers, Inc.

The West Hancock school board was already hard at work, preparing for the 2022-23 school year during its June 20 meeting at West Hancock Middl…

The Winnebago County Road Department has announced several upcoming bridge replacement projects that will impact local traffic in the county. 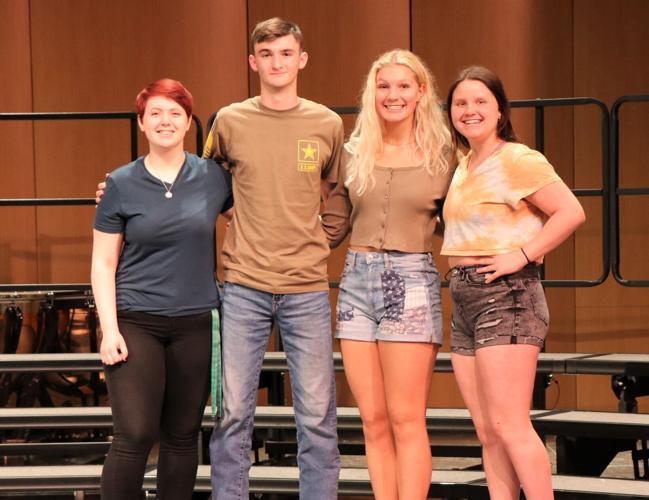 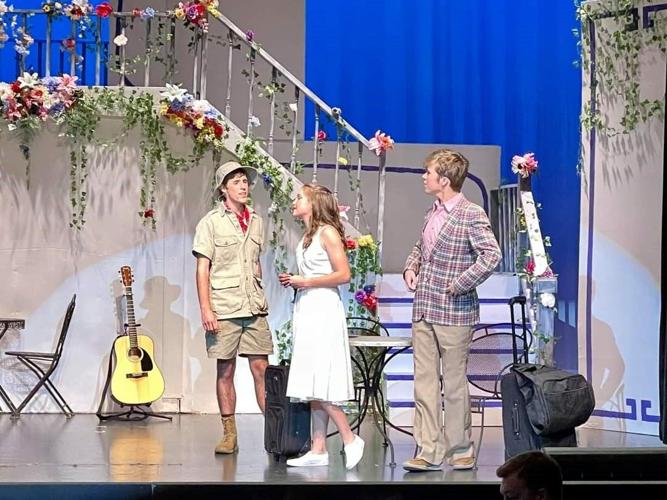