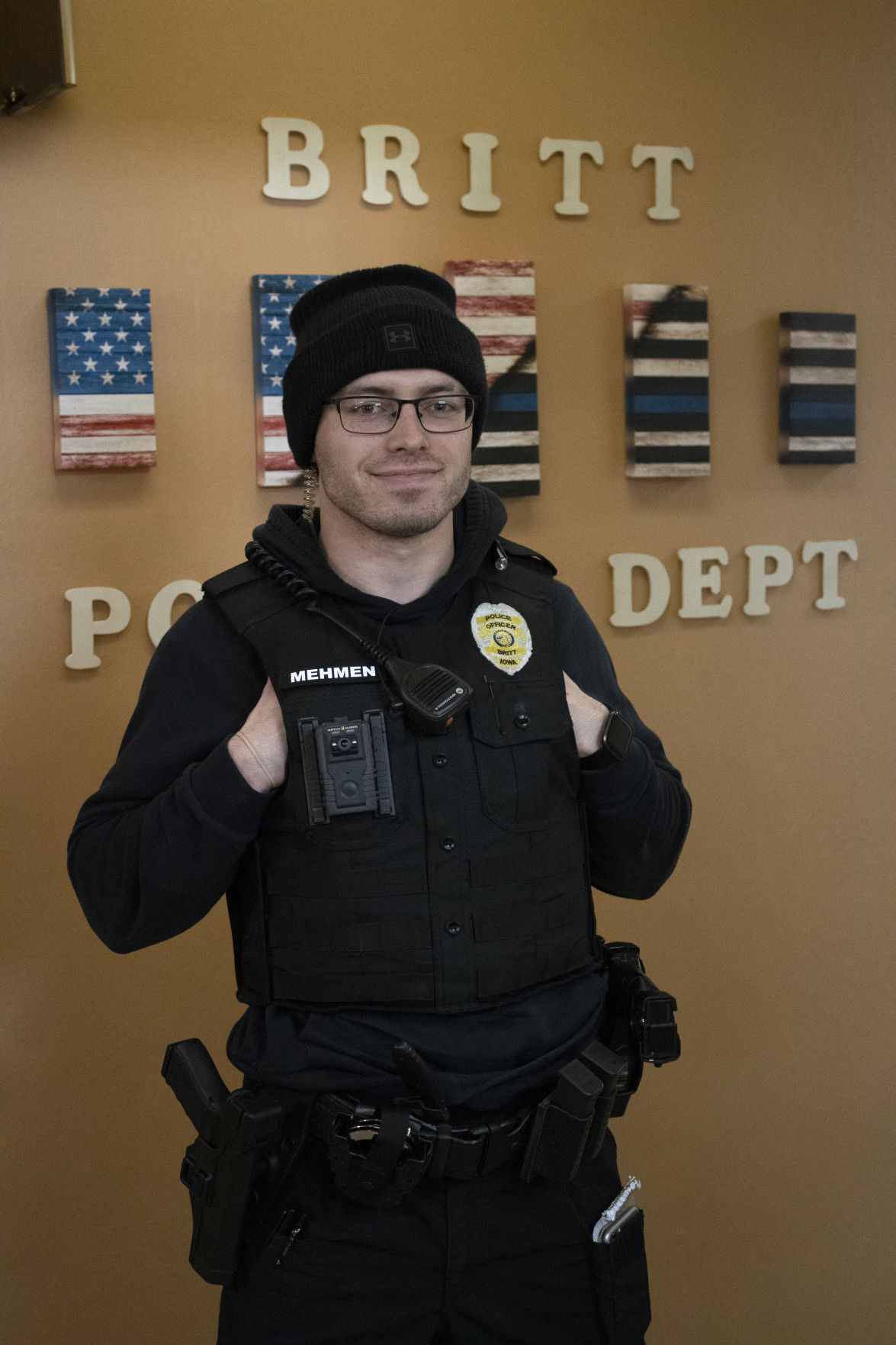 Benjamin Mehmen is already patrolling for the Britt Police Department. 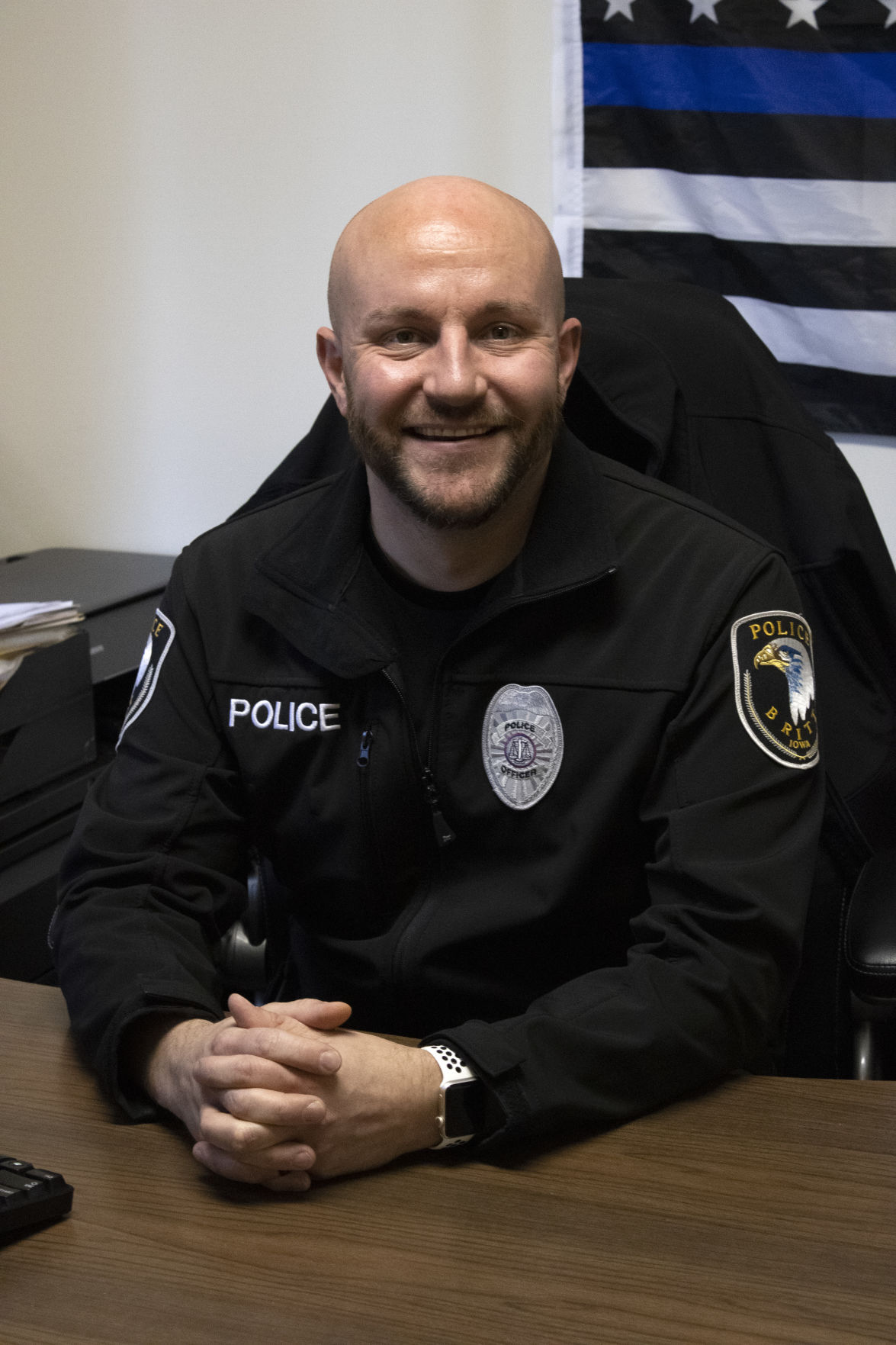 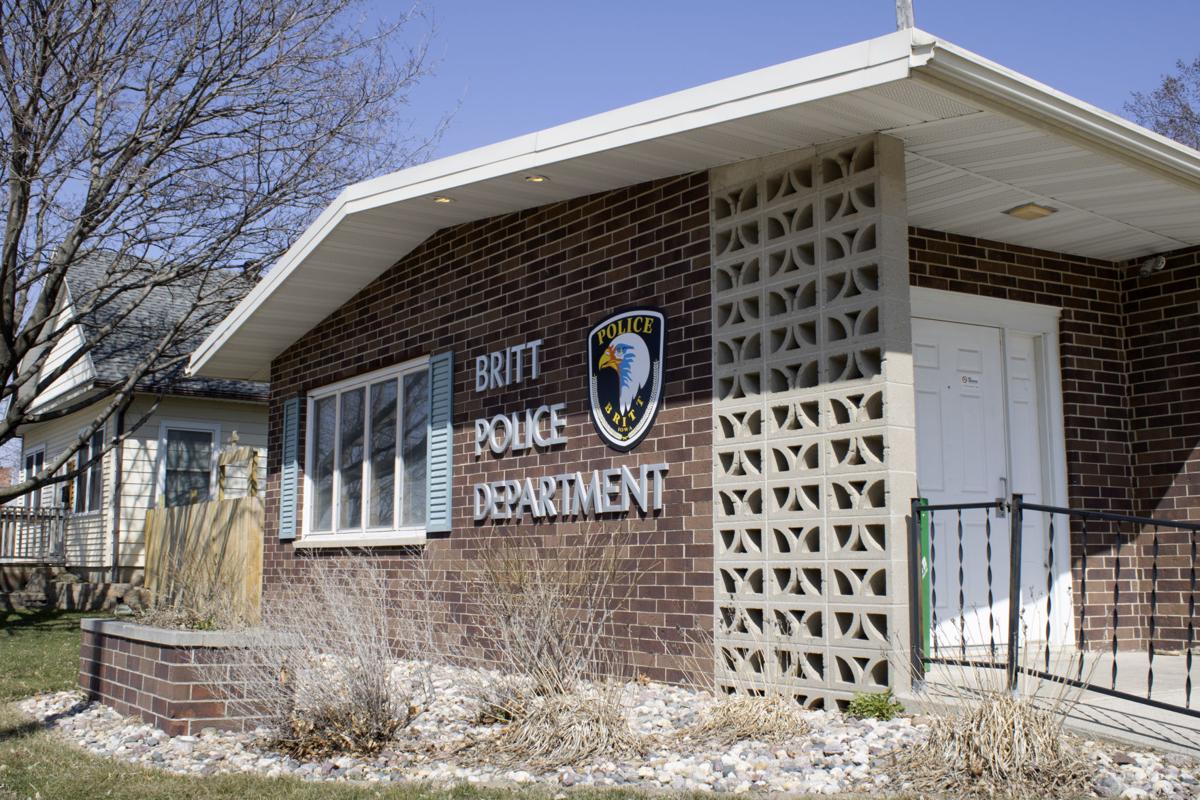 Chief Mark Anderson and the Britt Police Department are in process of making positive changes to the changing department. Officer Ben Mehmen is a new officer taking on policing duties.

Benjamin Mehmen uses this objective as a way to stay motivated toward his goal to not only help change the public’s image of the police, but also to establish a positive relationship with the community.

Last month, the Britt Police Department welcomed Mehmen, and will look to make some other additions within the department.

Mehmen worked at MercyOne North Iowa Medical Center as a security guard for about two years prior to applying to become an officer.

He became the fifth addition to the Britt Police Department, making him the fourth part-time employee.

Britt Police Chief Mark Anderson sees no downsides to the department size outside of trying to hire new employees, which he believes is due to the current stigma around police officers, as well as having to compete for new hires with surrounding departments.

“Everything is more personable,” Anderson said. “You create more of a bond than you would in a larger department.”

To Anderson, Mehmen stood out among the other applicants, scoring the highest, as well as displaying strong skills in communication, problem-solving and time management.

Mehmen is finishing up field training and expects to attend the police academy next month. He has been patrolling on his own for a couple of weeks, but still has some restrictions – such as sobriety cases – until he graduates from the academy.

In the academy, Mehmen will be working with responsibilities including emergency vehicle training and learning the department systems. This is also where he will be studying criminal law more in-depth.

Along with Mehmen, the department will also be introducing a new squad car, and it is the only of its kind in the surrounding areas.

This 2021 Ford Police Interceptor is a hybrid model, allowing for power while also burning less gas for a more eco-friendly impact. The department hopes to have the car on the road this summer.

“It works great in the winter time,” Anderson said. “Especially when the counties are tied up on various calls and there’s a stranded motorist or something out in the county and we are the closest vehicle. The ability to have a truck helps out with us being able to get there.”

The Britt Police Department has also found a need for a K-9 police dog; Anderson believes it will allow them to do their job faster. However, this is a process that demands time and careful consideration.

It will take roughly a year to a year and a half to find a compatible dog for the department, get it trained and certified, select an officer to be certified for K-9 work and finally purchase all needed equipment.

While police dogs can be certified in a variety of options, the Britt Police Department is looking specifically for a dog certified in drugs (at least narcotics), gun powder, and tracking.

“It’s very beneficial for us to have a dog in that aspect (narcotics), but there have also been instances where an individual is missing or hiding, so that’s where the tracking comes from,” Anderson said.

For now, the Britt Police Department continues to move forward, looking ahead to a busier summer as people continue to go out after getting vaccinated.

“Being in law enforcement is very fulfilling,” Anderson said. “And it’s nice to know that we as a department can help or we as the surrounding agencies can work together to find solutions to whatever the issues are."

Benjamin Mehmen is already patrolling for the Britt Police Department.

Chief Mark Anderson and the Britt Police Department are in process of making positive changes to the changing department. Officer Ben Mehmen is a new officer taking on policing duties.