A St. Angsar man and his Minnesotan son were arrested Friday morning for their alleged involvement in the U.S. Capitol riot on Jan. 6.

Daryl Johnson, of St. Angsar, was taken into custody by the FBI Omaha Cedar Rapids Resident Agency June 11 on charges relating to the events at the Capitol Building on Jan. 6, the agency tweeted.

The FBI received a tip through their online portal that Daryl Johnson and his son, Daniel Johnson, of Austin, Minnesota, were both inside the Capitol building during the riot that took place on Jan. 6, according to charging documents released by the U.S. Attorney’s Office District of Columbia.

Daryl Johnson’s Facebook page was found to have several references in comments to being present at the Capitol during this time. Several of his comments claimed, “I was there.”

Investigation by the FBI found videos and photographs of Daryl Johnson and Daniel Johnson inside the Capitol building. Subjects identified both of the men in the footage.

Several articles of clothing that Daryl Johnson was wearing in posted photographs to Facebook were compared to the Capitol footage to further identify him.

The FBI received three additional tips that Daniel Johnson was involved at the Capitol on Jan. 6. One tip mentioned him posting a video inside the Capitol on his Snapchat account.

Daniel Johnson’s Facebook page also had multiple posts relating to being at the Capitol. A post on Jan. 7 showed the crowd near the U.S. Capitol and captioned “Couple thousand??? Lol try like 4 million people!!!”

Daniel Johnson was taken into custody by the FBI Minneapolis special agents and the Austin Police Department on charges relating to criminal acts at the Capitol, according to a tweet by FBI Minneapolis. He has the same charges as his father.

Daniel Johnson, 29, of Austin, MN was arrested by #FBI Minneapolis special agents and Austin PD this morning on charges relating to criminal acts at the U.S. Capitol on January 6, 2021. The charging documents will be made available by the DOJ at: https://t.co/t0LtD4E2Jn. #FBIWFO

A Mason City man was sentenced to three to five year probation after pleading guilty to theft from the Mills Fleet Farm, according to court documents.

A Mason City man received a suspended sentence of jail time after pleading guilty to the charges of soliciting prostitution with a minor.

Three Belmond men charged with robbery and willful injury pleaded not guilty for their alleged roles of robbing and holding down two victims who were stabbed multiple times in April in Mason City.

Pedestrian struck by vehicle in Mason City has died

A pedestrian who was struck by a vehicle in the parking lot of Fleet Farm in Mason City has died, the Mason City Police Department said. 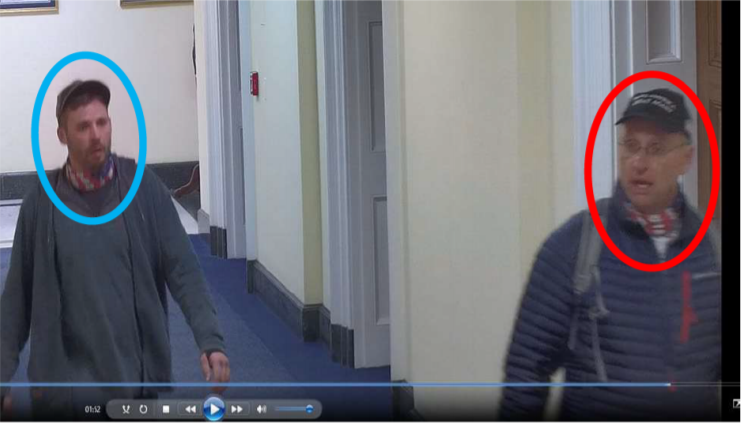 Charging documents released by the FBI included this screenshot from video taken inside the U.S. Capitol on Jan. 6 and identified the two men as Daniel Johnson (left) and Daryl Johnson (right). 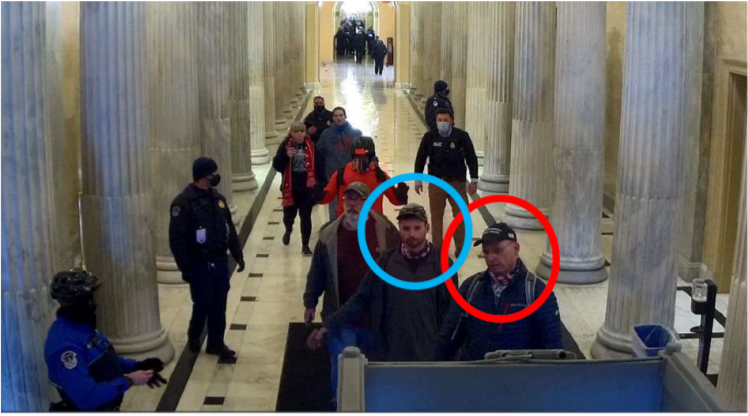 Charging documents released by the FBI included this screenshot from video taken inside the U.S. Capitol on Jan. 6 and identified the two men circled as Daniel Johnson (left) and Daryl Johnson (right).