Brad Farmer was just sitting with his dad while fixing up a truck when he had an idea for a project that has already helped many families in the Mitchell County area.

According to Brad, he was just talking to his dad about all that is going on in the world currently with the coronavirus going around and businesses and restaurants having to temporarily shut their doors when they came up with the idea to donate one of their hogs.

“We just kind of thought to ourselves, ‘Wow, there’s going to be a lot of people hurting here in a couple weeks that aren’t going to know where their next meal is gonna come from or where their next paycheck is gonna come from,' and we just kind of put this idea together that we were gonna donate one of our hogs to the Locker, pay the processing, and donate it to two families in need,” says Farmer.

What started out as one hog soon turned into eight. Farmer says that once people started hearing about what he was planning on doing neighbors and other community members wanted to donate one of Farmers’ hogs in their names too. Four of Farmers pigs will be donated besides the one Farmer Stock & Grain is donating, and a neighbor farmer will also be donating three of his hogs.

One of the farmers who donated a hog was Eric Kapping. “Just giving when I can,” Kapping said when asked about why he wanted to donate a hog.  “You never know the day when a person might need a little something. To know that you give when you can and whenever you need to receive it kind of clears your conscience about it.”

Elma Locker and Grocery in Elma will process the hogs. Farmer plans on getting this round of hogs to the Locker on April 8, and then it can take anywhere from 10-14 days to process the animals. The meat should be ready for pick up in mid-April, according to Farmer. Farmer estimates that some of these hogs will be $200-$400 for processing, and some will be even higher.

The eight hogs will be quartered out and 32 families will receive meat.

Farmer held a raffle on Facebook Live to see who the meat would be going to. Farmer says that 77 families reached out to him to ask for help. In the video Farmer says he appreciates the families that reached out.

“That takes a lot of courage, an awful lot of courage, to explain yourself like that and actually reach out and seek help,” Farmer says. “We are here to provide as much as help as we can and do the best we can for everybody.”

When asked why he was doing this Farmer said, “It’s kind of the American farmer way. When the country or the community is in hard times, in a lot of agricultural communities you find the farmers really step up and put forth their generosity. I guess it’s just kind of the farmer way.”

Kapping says that’s just the kind of guy Farmer is. He’s a really good guy,” says Kapping. “ He’s all about helping other people. Never heard a bad word about him. He always puts other people in front of himself. He’s always looking out for himself, his neighbors, and his community.

Farmer says he plans on continuing to do this, but nothing has been officially set up as of yet.

“I want to thank everybody for their contributions, donations, and generosity,” says Farmer. “None of this would’ve been possible without everybody that came forward to help.”

Iowa has its first death related to the novel coronavirus.

Look for the helpers: North Iowans come together amid COVID-19

You can now donate to the United Way of North Central Iowa's COVID-19 Disaster Relief Fund.

Here is a list of public events that have been changed or canceled due to the threat of coronavirus; keep checking back for updates. If you are hosting a local event and wish to get information out about it, please email editor@mcpress.com.

Osage Community Daycare is taking the necessary precautions and staying up to date with DHS to keep the communities' children safe.

From trucks to crossover SUVS to shopping for low-tech videos, see what the 2020 North Iowa Spring Auto Guide has to offer:

Gov. Tim Walz on Wednesday ordered Minnesota residents in nonessential jobs to stay at home for two weeks in an effort to slow the spread of COVID-19 and prevent the coronavirus from overwhelming the state's health care system.

Many non-essential Iowa businesses will remain closed through April 7, an extension of one week announced Thursday by Gov. Kim Reynolds.

With the recent COVID-19 pandemic, thermometers are not readily available for purchase in the community or online. CG Public Health is seeking…

DES MOINES - The Iowa Department of Public Health (IDPH) has been notified of 56 additional positive cases of Iowans with COVID-19, for a tota…

The novel coronavirus is on a trajectory to peak in Iowa during the next two to three weeks, according to a state public health official.

While brave medical personal work to save the lives of COVID-19 patients, those in the Ag industry continue to supply the nation with food, fi…

COVID-19 funding will be available for farmers

As of April 29 the USDA is continuing to work on setting up the specific plans on how they will implement their response to the COVID-19 crisis. 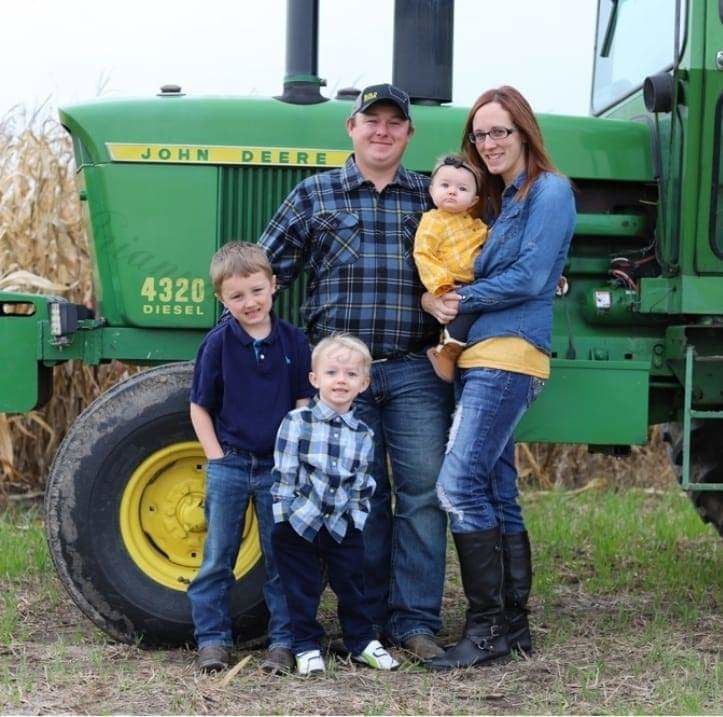 The Farmer family pose for a family photo next to a tractor. Pictured is Brad Farmer, his wife Kelci Farmer, their daughter Avalee (1), their son Reed (3), and their oldest son Lane (6). 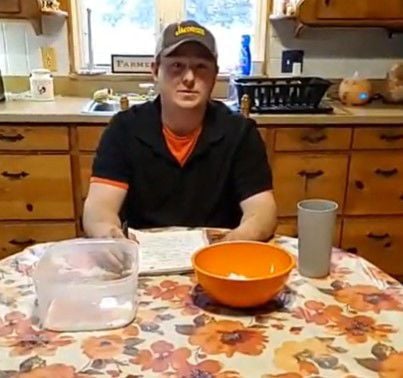 Brad Farmer during his Facebook Live, selecting the names of the 32 families who would receive pork donated from Farmer, sponsors and a neighbor.