In summer when the snow has long since melted, Laurie Hoeppner plays her bassoon in front of a crowd.

Before this sunny requiem, in her office at Osage in January—where Hoeppner is the high school chorus and fifth and sixth grade band teacher—there sits a bassoon she plays “to keep it in shape.”

Her bassoon does not have a name. A friend of Hoeppner’s named her flute, which is the practice of some famous artists like B.B. King and his guitar Lucille.

The bassoon has a wide range, from high notes to low notes, from clarinet level descending to tuba. Hoeppner learned to make her own double reeds when she was in high school, to personalize the sound.

“Then you can make them how you want, to make the notes come out for you,” Hoeppner said.

Music is an important part of mental development, according to Hoeppner. A famous example is Albert Einstein and his violin Lina.

“Music is the only thing you can do that engages both sides of your brain,” she said.

Hoeppner plays at NIACC in the concert band and orchestra, and with the weekly Mason City Municipal Band. Her goal is to find more time to practice.

In the fall of 1992, Hoeppner began teaching at Osage. Before that, she taught orchestra and sixth grade band for two years at Waterloo East, where she played bassoon in the symphony. She attended the University of Northern Iowa for her master’s degree.

A few years later, after budget cuts in Osage, the music department shrunk from four instructors to three. They divvied up the remaining duties. Hoeppner began teaching choir.

“Music’s all the same when you’re counting and reading notes,” Hoeppner said of the similarities and differences between teaching choir and band. “And you have only four parts for the choral score. For band you have the clarinet part, the flute part, the saxophone part – you have 10 different lines you’re looking at, at the same time. Singing is a lot different than playing an instrument.”

For Hoeppner, her role as conductor changes when guiding singers or a roomful of instruments. She must corral and guide her students with the wave of her hands.

“For fifth and sixth grade band, you’re conducting to keep everyone together, so we’re all going at the same tempo,” she said. “I’m also giving them confidence of when to (start playing). If they’re counting rests, I want to be sure to cue them – ‘Yes, this is your time to come in.’ With high school students, you don’t have to be a timekeeper. You can work more on expression.”

For an uninitiated audience, conducting is perhaps the most mysterious part of a coordinated band performance. In college, Hoeppner took conducting 101, 102, etc. There are also independent classes for the ambitious.

“It makes sure you’re coordinated enough and listening enough,” she said. “It’s not just conducting, but listening to all the parts at the same time, and how to fix things. It’s pretty tricky at first.”

In choir, voice is the instrument. Conducting is more complex. It is also about the emotion of the selection.

“We sing universally and make the story of that song come out,” Hoeppner said.

Since high school, Hoeppner wanted to be a band director. As her education continued, serving the youngest students became more appealing. She does not know why. When she arrived in Osage, she had never had beginning band experience.

“(Middle school and high school band director Jeff Kirkpatrick) had to help me a lot,” Hoeppner said. Kirkpatrick is also her husband. “I loved seeing how we show them how to put the instrument together. By the end of our four weeks, the students were playing all these tunes and they’re happy and enthused. I wanted to embrace that and keep that going.”

“Laurie is an excellent teacher because she cares about her students and wants them all to be successful,” Kirkpatrick said.

Every Christmas, the lights are dark in auditoriums across the country. In some cases there are candles lit or lights strung around the set. This is the Christmas concert. The audience sings, and the students remind them of the words to carols. It is a learning experience.

There is nostalgia for Hoeppner to lead the youngest students through the ceremony of Christmas.

“I love the season,” she said. “I love the type of music that’s played. For fifth grade band, it’s all about teaching them new rhythms, and adding some more notes to what they already know. The Christmas selections we use are a quick way to do that. Usually they know the tune – Jingle Bells, Up on the Housetop, they have it in their heads already. Then you’ve just got to transfer it to their instrument. That fast forwards their improvements.”

Kindergarten through eighth grade music teacher Wendy Thorson prepares Hoeppner’s future students for choir. In turn, Hoeppner prepares her band students for Kirkpatrick, and it is difficult to see them go.

She considers 2020 as the most musically talented class at Osage. “They were leaders. It was more like a partnership rather than me teaching the kids, because they were so advanced.”

Evolving from fifth graders, sixth graders are ready for more harmony and trickier rhythms. Hoeppner said that if they learn a selection, they want to play it over and over again.

“They don’t mind repetition," she said.

Logistics are Part of being a fifth and sixth grade band director. Hoeppner seats students together who get along, who are in lessons together. If someone is quiet, she will place them next to an outspoken student.

Stage fright is real, and at it is worst for fifth graders. There is nervous energy they do not yet know how to manage or channel into their performance. Conducting then is most important. The older the student gets, the less of a problem it becomes.

“If the selection is difficult, a senior might be nervous but it won’t interrupt their performance,” she said. “If fifth graders are nervous, they tend to speed up.”

Her colleagues appreciate her versatility and gravitas in the face of pressure.

“Laurie's position is unique, teaching both vocal and instrumental music over six different grade levels,” said Osage Middle School Principal Sarah Leichsenring. “She is an excellent collaborator and is a dedicated teacher who wants to see students take risks, find their passions, and develop their talents. We are lucky to have her.”

Risk is the key word. For Hoeppner, she has lost all stage fright. She conducts and the students play. And as a musician in the summer, it is only Hoeppner, the bassoon and the audience.

The Cedar River Complex will be hosting a flag football league with four practices beginning in March and games played in April and May. Regis…

Around the first of January, Mitchell County Public Health saw a spike in active COVID-19 cases, in part due to the Omicron variant. Coordinator Jessa Ketelsen expects that number to continue to rise and then peak the first week in February. As well, at-home tests are becoming more available, adding another tool in the pandemic fight.

Valent BioSciences is restoring 34 acres of farmland into a diverse prairie, which will be open to the public. Next to the restored prairie will be a 1.5-megawatt solar field, which is set to be finished in September.

While Mitchell County Engineer Rich Brumm prepares the Secondary Roads crew for a new year of maintenance, an unexpected bridge repair is proving to be costly. One quote provided to the county estimates approximately $50,000 for traffic control. 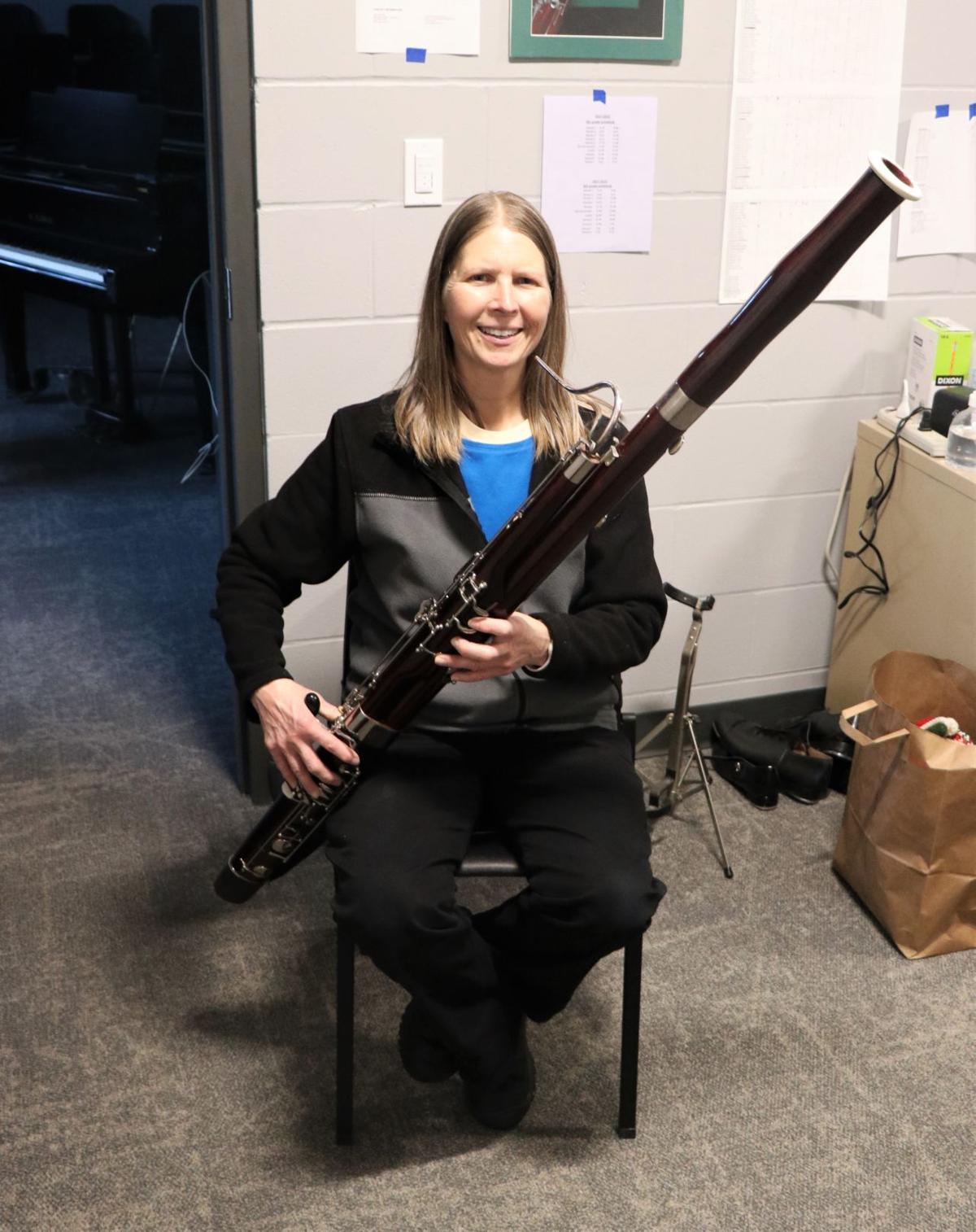 Laurie Hoeppner in her office in Osage with a school bassoon. 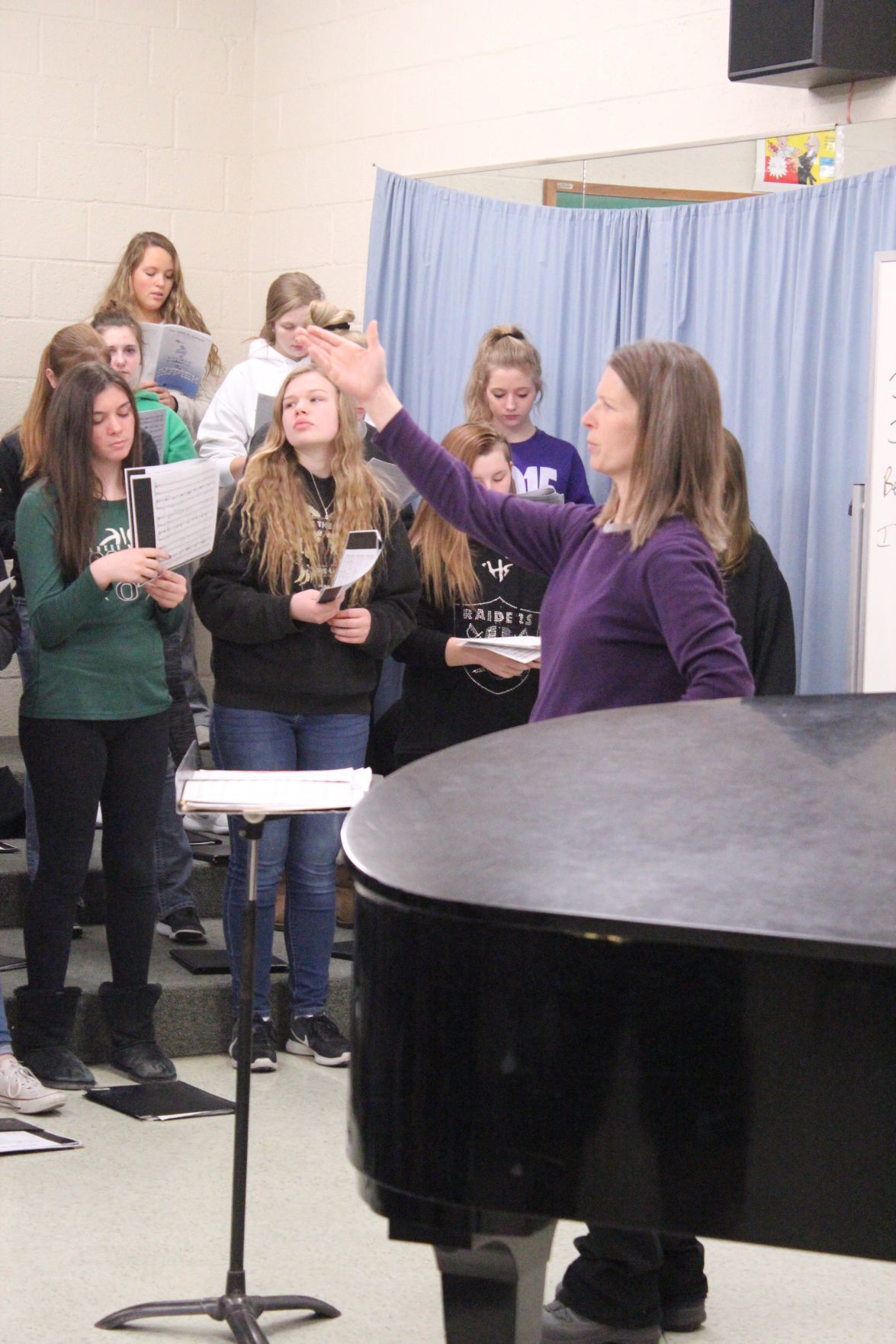 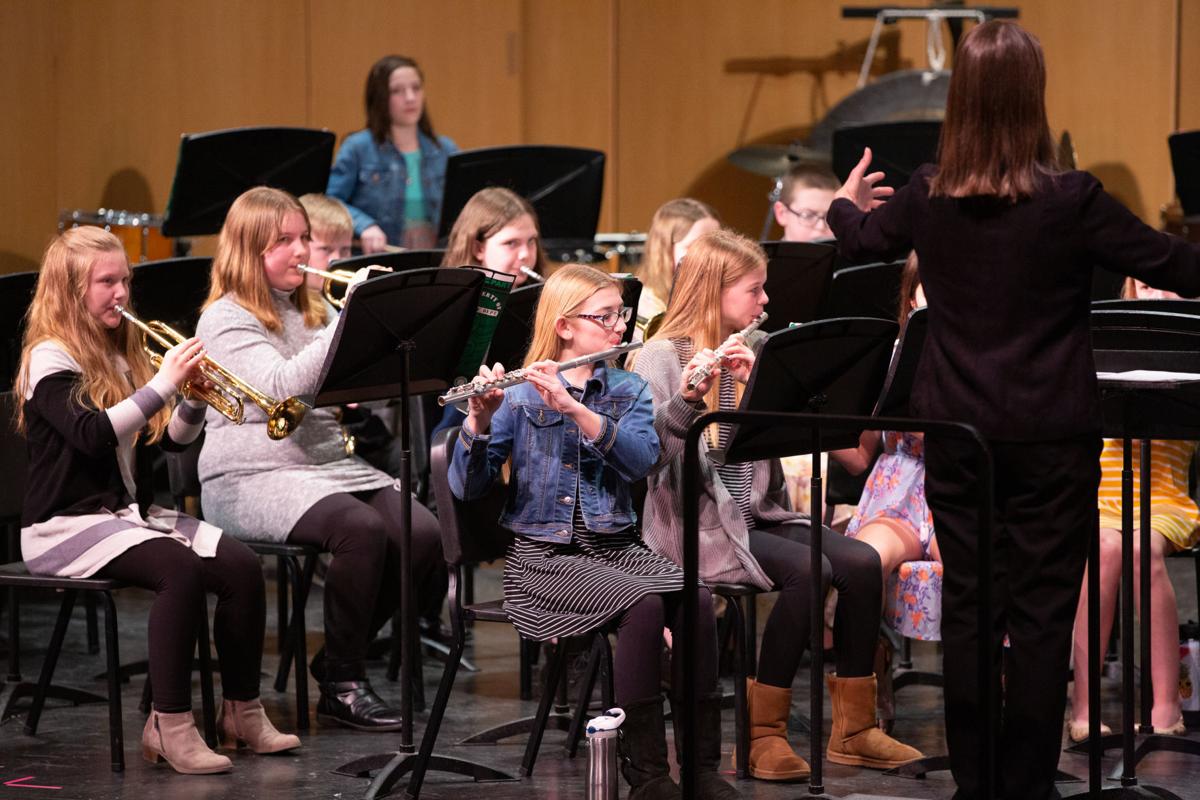 The 2020 Middle School Cadet Band as directed by Laurie Hoeppner.