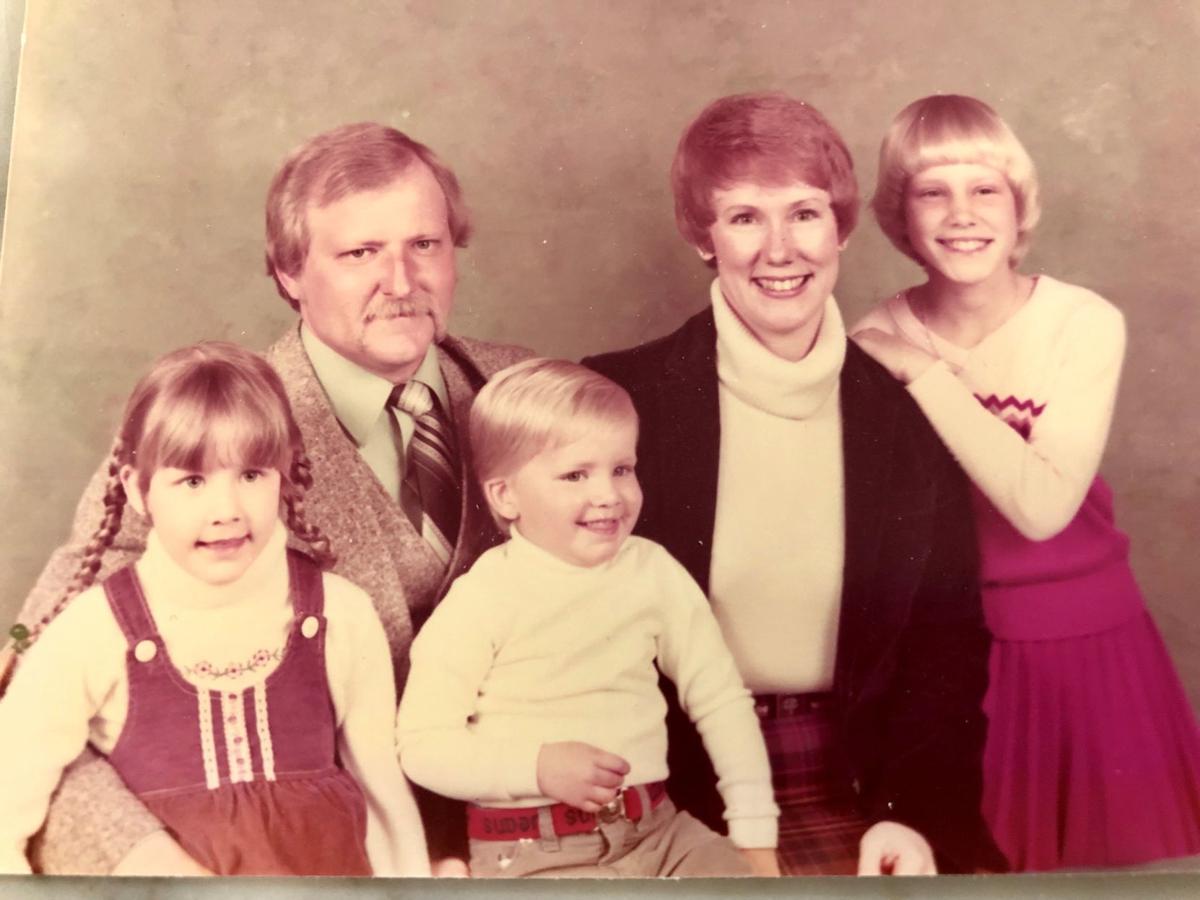 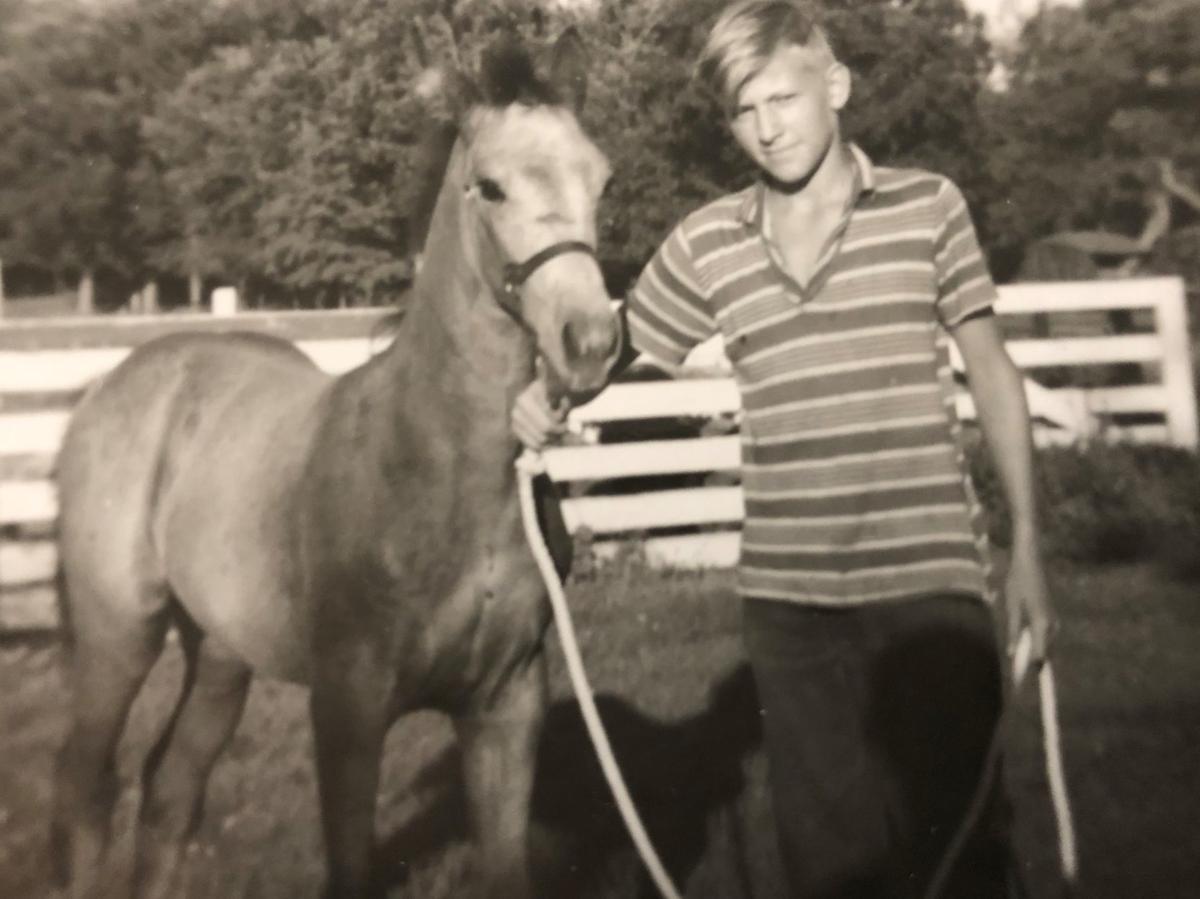 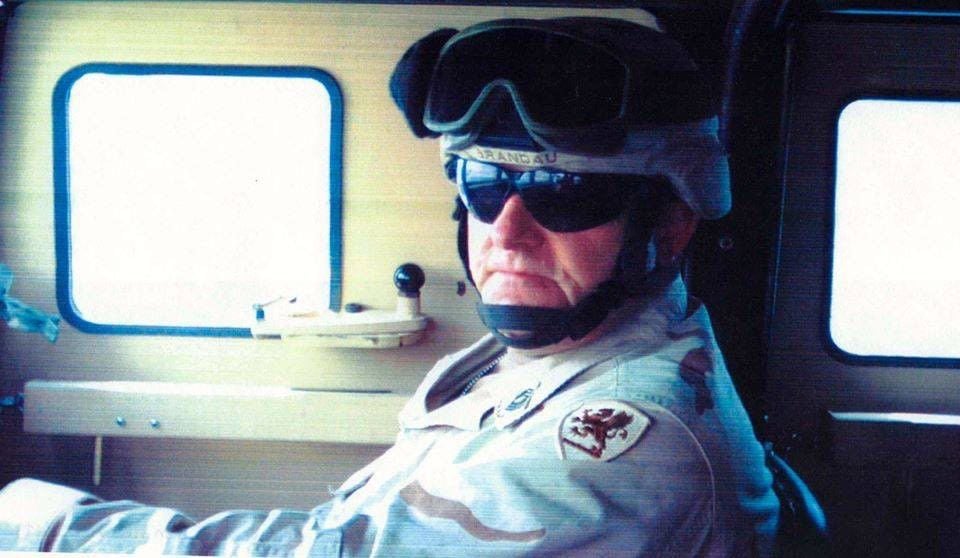 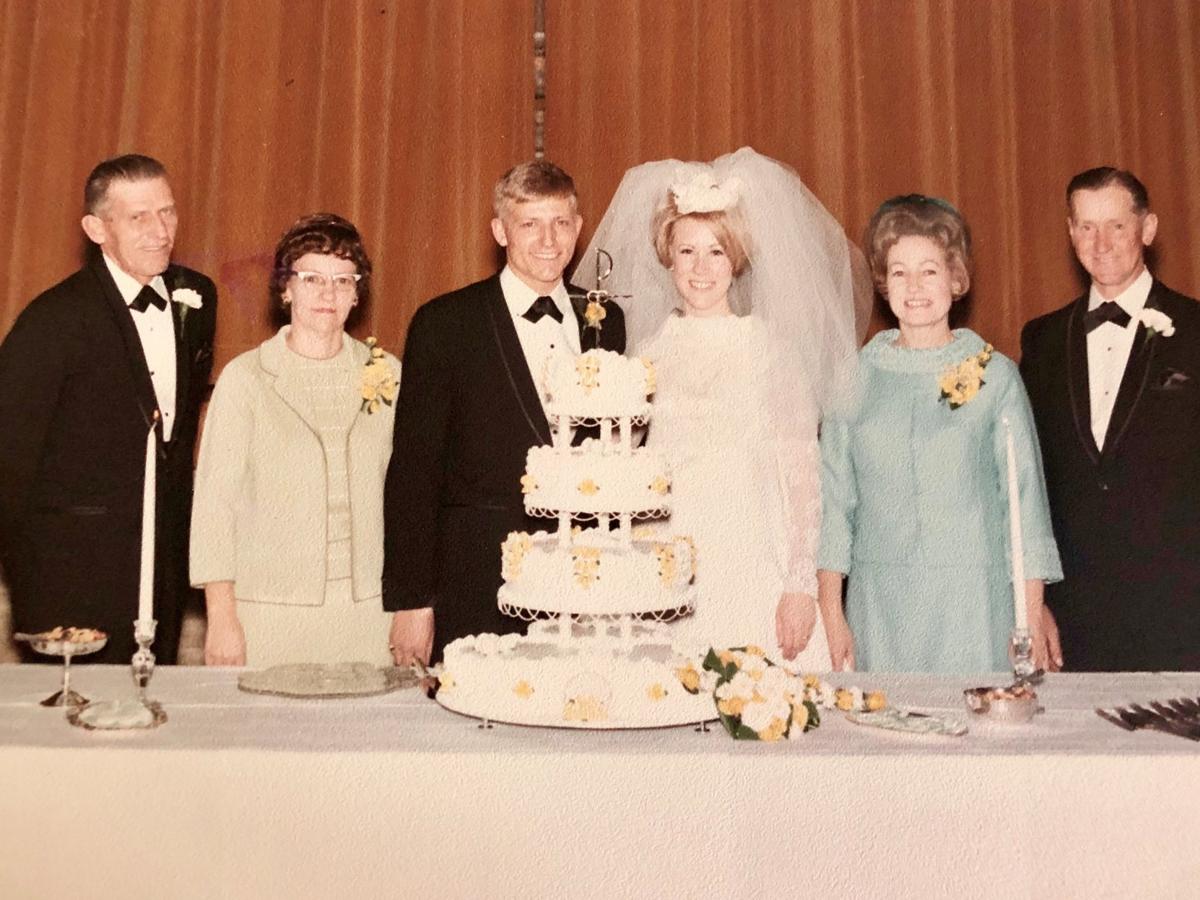 The Brandau's wedding at Our Savior's Lutheran Church in Osage on December 20, 1968. Pictured are (from left) Wilmer and Lola Brandau, John and Christie and Elsa and Ingemar Pearson 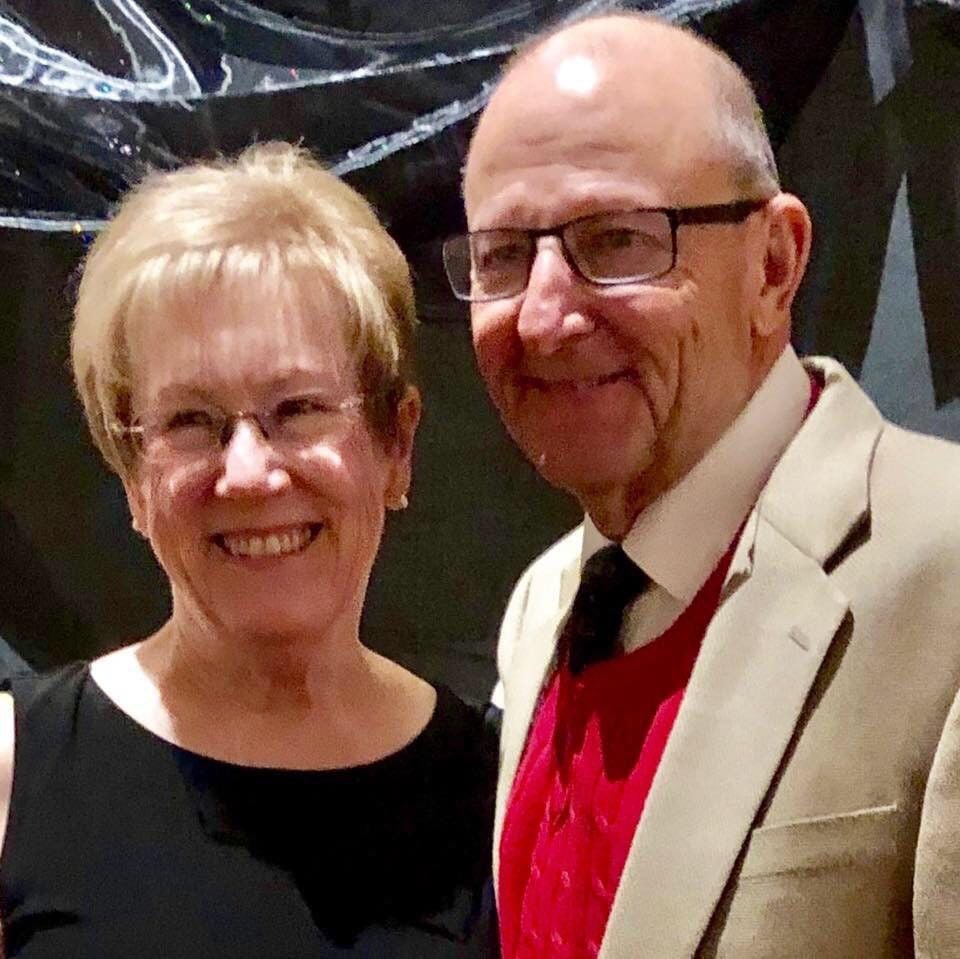 As many rural areas of Iowa continue to see a decline in population, Mitchell County has seen its population hold steady or even increase.

The reason for that is simple – people are still “coming home” to Mitchell County.

John and Christie Brandau are two of those residents.

Christie grew up on a farm outside of Little Cedar, attending school in Little Cedar through sixth grade before starting seventh grade in Osage. Brandau graduated from Osage High School in 1967.

John grew up on a Century-farm near Meroa. Brandau’s family was one of the first residents to settle in Mitchell County, arriving in 1852. John attended school in Osage, graduating from Osage High School in 1966.

In looking back at life in Little Cedar, Christie said growing up on the farm with her parents and her brother, Gary, was a fairly typical farm life that included chores and helping in the house while her parents were in the field.

“Our local 4-H club - the Liberty Merry Maids - was a major influencer,” she said. “I learned so much from our leaders. Our farm was located 15 miles from Osage, so my school activities were limited, although we did ride the activity bus when we stayed after school.”

Her family attended church at Our Savior’s Lutheran Church in Osage. “I think back at how many 30-mile round trips my parents made by driving us to town for Sunday school, confirmation classes and other activities,” Christie said.

John remembers Luther League at Rock Creek Lutheran church, 4-H, and all of his family being involved in horses and the Cedar River Saddle Club.

“We participated in horse shows and have wonderful memories of those events,” he said. “I worked on our farm and helped with livestock chores. One year, as an FFA project, I rented ten acres from my folks and raised soybeans. It wasn’t all work, though. We enjoyed a swimming hole near our farm called ‘the rock.’ ”

In February of 1968, John enlisted in the Army. He was in the military when the two were married at Our Savior’s Lutheran Church on Dec. 20, 1968.

Shortly after the two were married, John left for Germany to serve in a unit in Baumholder. Christie followed him there about one month later, making their home in Germany for two years.

John’s dream was always to farm, so after his military service and graduation from college, the couple had the opportunity to rent the former Milo Merritt farm.

“We lived there for a couple of years until we moved one mile west and lived and farmed on my parent’s home place." During that time, Christie worked at the Riceville Public Library and the Osage Public Library.

In addition to farming, John was in the Iowa National Guard. In 1990, his unit, the 1133rd, from Mason City, was activated for Desert Shield/Desert Storm. He spent nearly a year away and, of course, could not farm.

During that time, Christie was offered a position with the State Library of Iowa in Des Moines. When John returned, they moved the family to Polk City and he continued his employment with the National Guard.

John then retired from the military and took a position at the University of Kansas libraries, managing a remote storage unit for library materials.

“We always knew we would move back home someday, and, in 2010, we retired early and bought an acreage outside of Osage."

Christie said the draw to move back to Mitchell County was family.

“My parents, Ingemar and Elsa Pearson, are long-time Mitchell County residents, as are my brother Gary and his family,” she said. “John’s brothers and sister all live in Iowa.

“Happily, we discovered returning to Mitchell County also meant we were able to rekindle old friendships, including high school friends."

When asked, if they were to recruit people to live in Mitchell County, what would be their top three reasons for moving/living here, they said outstanding medical services and hospital, outstanding schools and public libraries.

"We didn’t realize until we were grown and in our careers what an amazing education we received at Osage Community Schools and most importantly, caring, friendly communities," Christie said.

She added, “From Riceville to Osage to St. Ansgar and all the towns in between, there are people who are proud to be from Mitchell County, who care for their neighbors and who work hard to make it an outstanding place to live.”

Gary Fossey is running for the Mitchell County Supervisors Board.

Michael Mayer: District 4 candidate for Mitchell County Board of Supervisors

Michael Mayer is one of six candidates running in the primary election for the Mitchell County Supervisors Board.

Mark Morley Hendrickson is hoping he will be a third-generation Mitchell County Supervisors Board member after the June 2 primary election.

During the May 18 Osage Community School District school board meeting, the main topic of discussion was how families of the district felt the continuous learning response to the coronavirus was handled.

Al Winters is running as a Republican candidate for the Mitchell County Supervisors Board.

During a May 18 Zoom meeting, the Osage City Council approved a measure to temporarily amend the Commercial Development Loan Programs, which have previously been used by business owners to make structural improvements.

Current Mitchell County Supervisor Steve Smolik is looking to begin his second full term on the Board of Supervisors. His name is on the Republican ballot for the June 2 primary election in District 3.

Leo Chisholm invites people of Mitchell County to donate to Relay for Life.

The Brandau's wedding at Our Savior's Lutheran Church in Osage on December 20, 1968. Pictured are (from left) Wilmer and Lola Brandau, John and Christie and Elsa and Ingemar Pearson