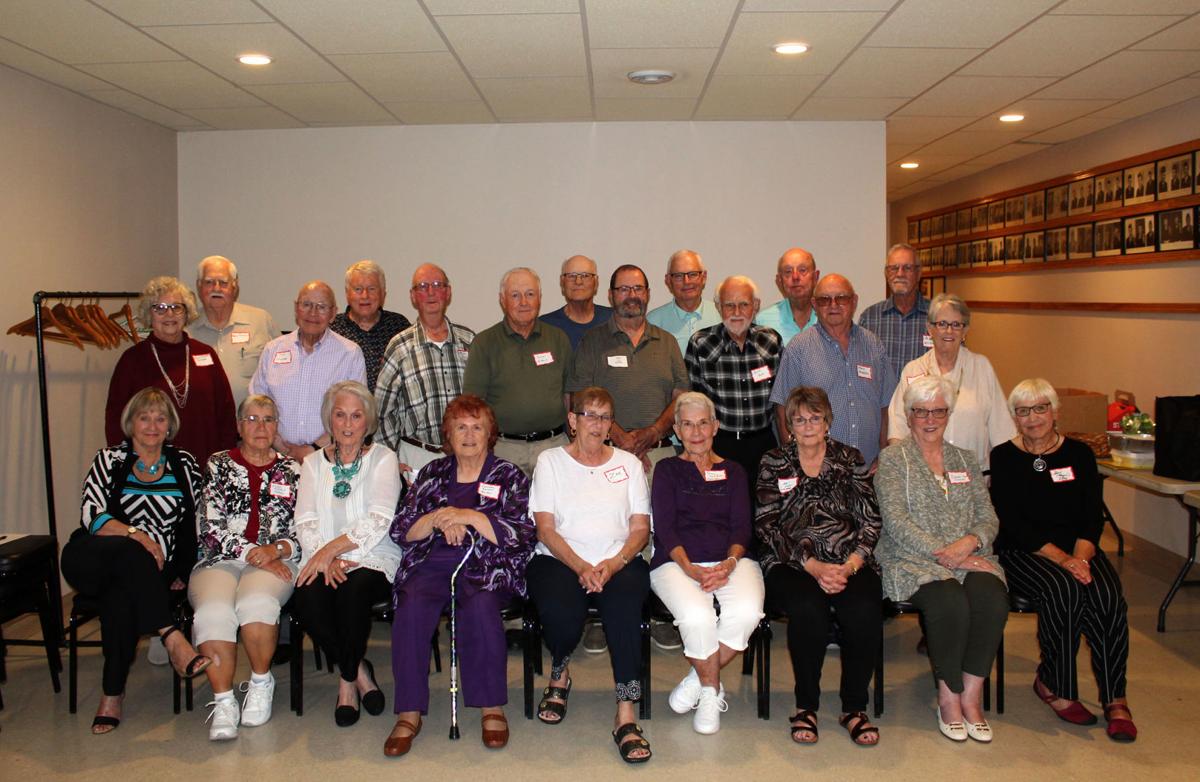 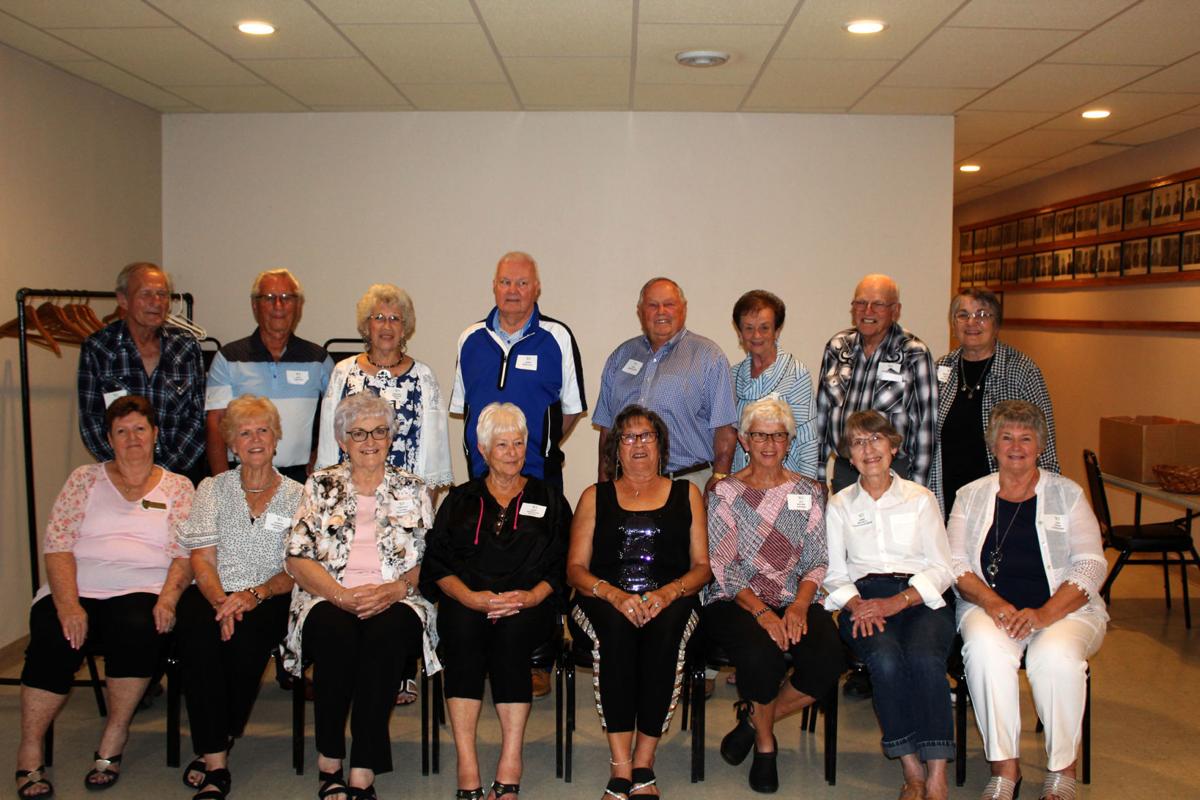 On Sept. 18, the Osage High School classes of 1960 and 1961 collectively held their high school reunions at the American Legion in Osage.

The Class of 1960 had 76 graduates and had planned their 60th reunion in 2020, but the pandemic delayed the celebration until this year. The Class of 1961 celebrated its 60th high school reunion this year.

Gary Gilbert of Osage, who helped to organize the 1960 class reunion, said that a meal was served and then classmates spent the rest of the evening sharing memories and catching up on classmates’ lives.

Alice Laughlin traveled from South Carolina to join in the celebration.

“After graduation, I went to college, then lived 20 years in northern California, 30 years in Washington, D.C., and moved to South Carolina in 2015. The last reunion I attended was in 2015,” Laughlin said.

“Some of the biggest changes I see when returning to Osage is the new areas of homes," she continued. "Osage is such a beautiful town. I also recall having picnics at Spring Park where my Dad would fish, while the women made lunch. I love the rock work they have recently done by the spring in Spring Park.”

Gilbert said that 21 members of his 1960 class returned for their 61st class reunion.

The Class of 1961 was celebrating their 60th year since the class graduated 95 seniors.

“We had 16 classmates and their spouses attend the reunion,” said Carol Pollard, who helped to organize the event.

“I usually come back every year, and have never missed a class reunion," Sterzelmaier said.

“It’s fun to come back, because there are a lot of people that you haven’t seen in the past five years," he said.

Valent BioSciences is restoring 34 acres of farmland into a diverse prairie, which will be open to the public. Next to the restored prairie will be a 1.5-megawatt solar field, which is set to be finished in September.

Supervisors approve Jail Heating, Ventilation, Air Conditioning project. The humidification system and portable water treatment is estimated at between $110,000 and $165,000. The base bid estimate between $720,000 and $1.08 million

While Mitchell County Engineer Rich Brumm prepares the Secondary Roads crew for a new year of maintenance, an unexpected bridge repair is proving to be costly. One quote provided to the county estimates approximately $50,000 for traffic control.

The Osage Community School District Board met on Jan. 4 to address a new OSHA mandate requiring employees of businesses with 100 or more employees to be vaccinated. If they are not vaccinated, they must undergo weekly testing and wear a mask at school. Testing would begin on Feb. 9.

Hy-Vee, Inc. recently announced that free Pfizer-BioNTech COVID-19 vaccine booster doses are now available by appointment only to 12- to 15 ye…