In the past, kindergarten has been the introduction for children into society and education. While preschool has begun to take over that role, the school system is still called K-12, and there is an aura to that first year.

At Lincoln Elementary School in Osage, Sarah Klapperich, Joclyn Rawn and Janet Larrison all play the pivotal role of kindergarten teacher. When students look back upon their academic careers, the memories of their first mentors are often the most compelling.

For Rawn, that first classroom she occupied as a kindergartner is just next door to where she has been teaching for four years. Shelly Mohl, kindergarten prep instructor, is the senior member of the group. When Rawn was a student, she sat in a child-sized chair with Mohl as her teacher. For Rawn, it is surreal to now be teaching in the next room.

“It seems so big when you’re in the classroom,” Rawn said of her days as Mohl’s student. “And now it’s tiny.”

Klapperich and Larrison have been Osage kindergarten teachers for eight years. While they started at Lincoln Elementary School together, they had never met beforehand. Both wanted to work where their children could attend the same school as their mothers.

Rawn, Klapperich and Larrison are all local women, hailing from Osage, Riceville and Charles City.

School has been in session for one full week. This day, students learned their first word. Larrison said the children are now pushed so hard to read, and that kindergarten has become the new first grade.

“When I went to kindergarten, it was to learn your colors, shapes, numbers and letters,” Rawn said. “There was never a component of reading until you got to first grade.”

Where once it was a letter a week, it is now a letter a day, which is adjustment for students who are sometimes only five years old.

“By October they’ll have all of those sounds,” Klapperich said.

When Klapperich was young, not every student attended preschool. Now, the goal for kindergartners by the end of the year is fluency.

“It was more of a social school,” Larrison said. “There’s been a big difference just in the push for literacy, computer science and technology.”

Rawn is impressed with the students’ precociousness, as she teaches them the letter “T,” and teacher and student alike marvel when they are able to read the word “sit.” They are eager, excitable and they like to play with others. Sometimes it is difficult for them to sit, even though they can now pronounce the word.

The students are not the only ones who like to socialize.

“We get the littles, but then we also have our colleagues,” Larrison said. “We get adult interaction. The collaboration is fun. The school has implemented so many things to make connections”

According to Rawn, the first rule of kindergarten is to build relationships. Only then is progress in education possible, whether it is a letter a week or a letter a day.

Occasionally students budge in line, they shove, they exclude, they call each other names, they do not let other students play with them, but then they learn how to fix the problem, at first under the watchful eye of the teacher, and then on their own. They must be diplomatic and use their words.

To Rawn, these growing pains are universal. Children can learn how to read at home, but outside of family, they often cannot work through the process of commiserating with others until they are in school. She sees this as the first purpose of kindergarten.

Larrison praises Osage’s elementary school counselor Erin Bremer for her social and emotional work with students. Bremer teaches students to talk it out, beginning with preschoolers. The key is a bug and a wish:

“‘It bugs me when I wish she’d stop,’” Larrison said, providing an example of this simple lesson. “They’re given a lot of tools because (Bremer) does awesome lessons. Her door’s always open.”

Because of Lincoln Elementary School’s emphasis on making connections, Osage has kept the practice of play centers and three recesses a day, where many schools have moved away from that tradition. Children can still gather in the classroom to stack blocks and build with Legos. There is an art center. Students turning six years old can still do what they do best, which is play.

Then, when they are ready, after they learn how to resolve conflicts and pick up chairs, they can begin playing with words.

“They’re resilient, but it takes a little time,” Klapperich said.

Correcting kindergartners is never just about punishment. When the teachers catch students doing good things, they send postcards through the mail to parents, praising compassionate behavior.

Every year when classes start, the day is a blur for these kindergarten teachers, as everyone learns what to do. There is so much to juggle. It is easy to forget time is passing and that their former students are growing older, carrying lessons from their most formidable years, and when they look up from their desks, the teachers almost do not recognize these faces.

By March, the classroom is up and running, and it is a marvel for teachers who have engineered months of coursework, recess and social order.

“They’re independent,” Larrison said. “They know what to do.”

In the beginning, it is usually difficult just to manage playtime, find the bathroom, fill water bottles, memorize lunch numbers, and get folders out of bags.

“Go slow to go fast,” is one of Mohl’s mantras.

With new students, life restarts every fall, no matter how experienced the teachers get. At the end of school in May, the students seem like their own children. As the years pass, the students move just down the hallway. However, it gets more difficult when they grow older and age out of the building, going on to middle school and high school.

However, the students remember them, just as Rawn came full circle back to Mrs. Mohl’s room. Last year, the sixth graders from the middle school read stories to the kindergarten students.

“The big kids will stop in your room to say ‘hi,’” Larrison said. “They stay kindergarteners in your eyes.”

Kindergarten is the foundation. Everything else in their academic and social lives depends upon the success of those who teach it.

While it is hectic and a struggle and sometimes thankless, the teachers say their jobs are meaningful and rewarding. There are breakthroughs for the students, epiphanies which they call “lightbulb moments.” Often they receive appreciative hugs.

“I love you,” the kindergartners tell them. “You’re really nice.”

That is all the praise they need.

Emerald ash borer (EAB) has been discovered in Mitchell County for the first time. Since its original detection in 2010, the invasive, ash tre…

Hancock County supervisors on Sept. 19 received an update from Derek Montgomery of Summit Carbon Solutions on the company’s proposed pipeline …

Thousands of people will flood downtown Britt for the last Britt Car, Truck, Bike and Tractor Cruise of 2022 between 6 and 10 p.m. on Sept. 21…

In an earlier-than-usual homecoming coronation, Dru Hagen and Jackson Johnson, were crowned as the 2022 West Hancock High School queen and kin… 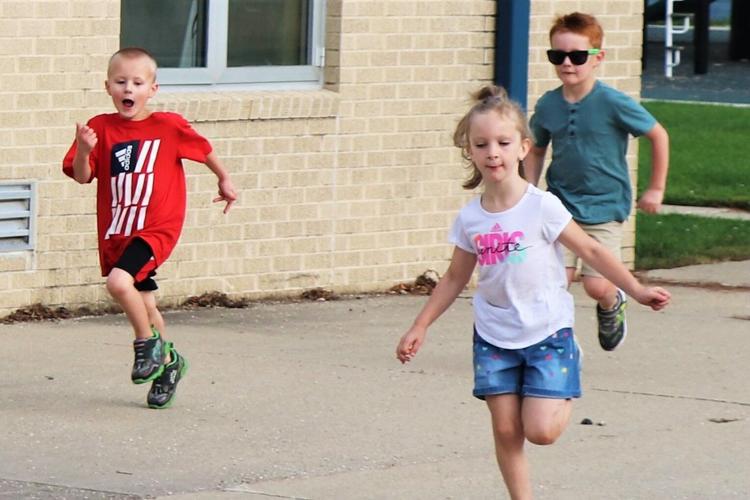 Ryker Jakobson, Parker Hargens and Celeste DeRaad rush in from recess on the first day of school. 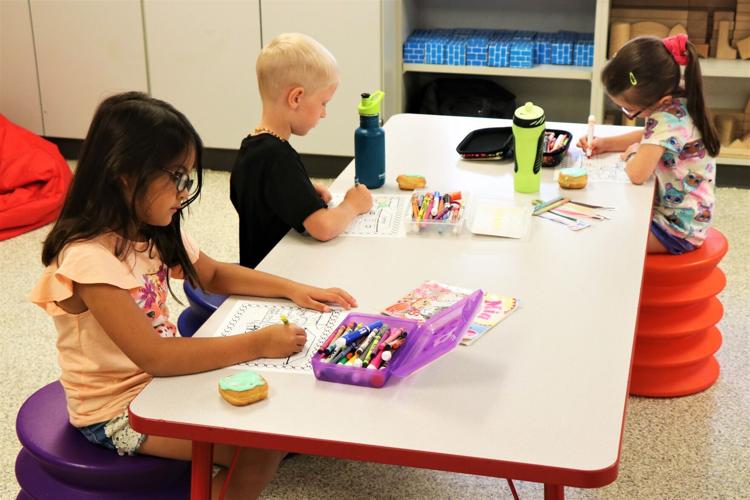 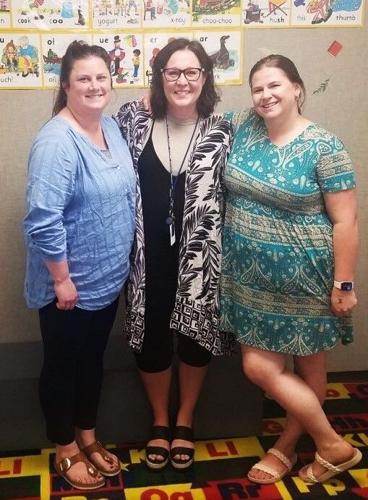