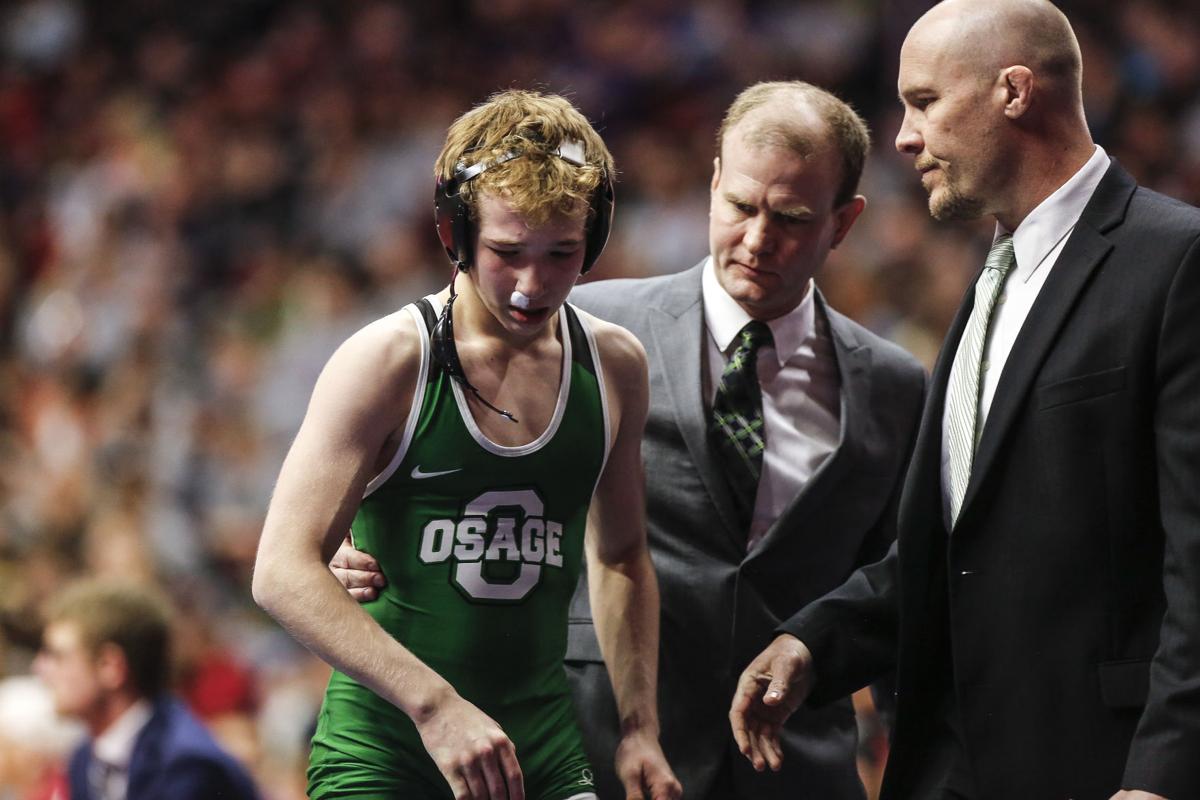 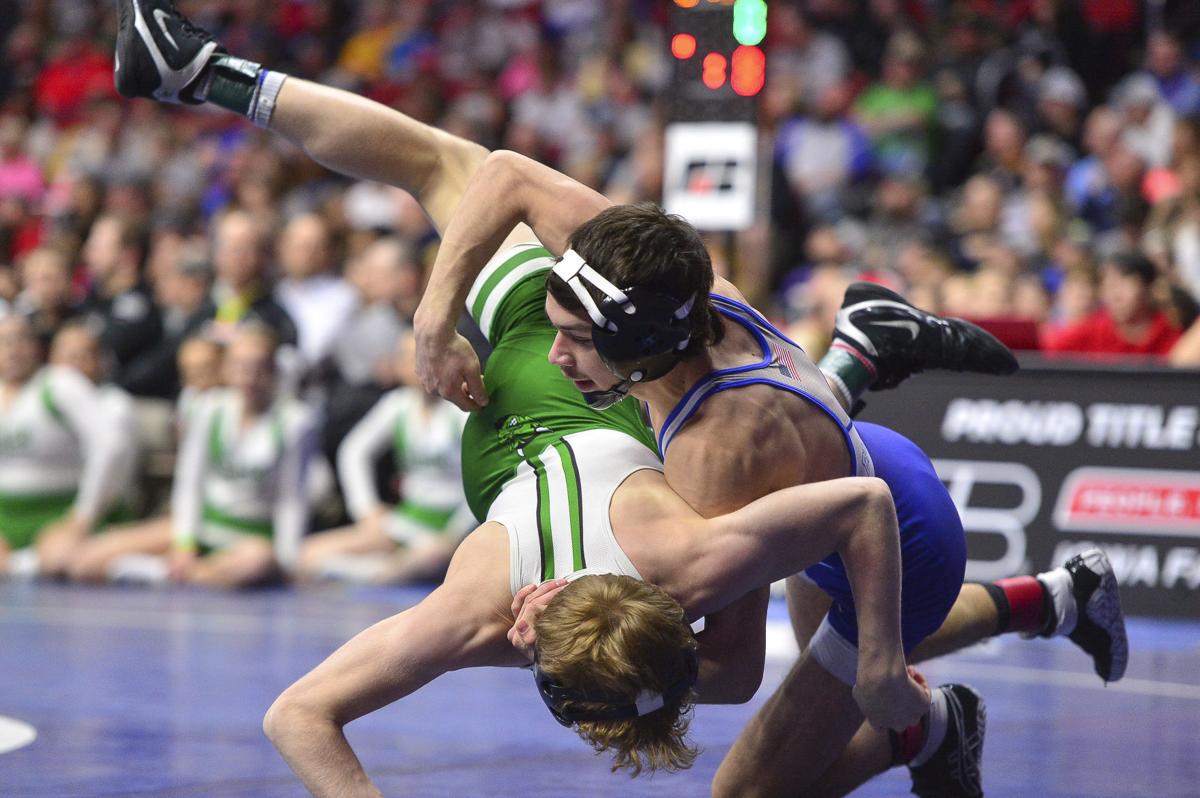 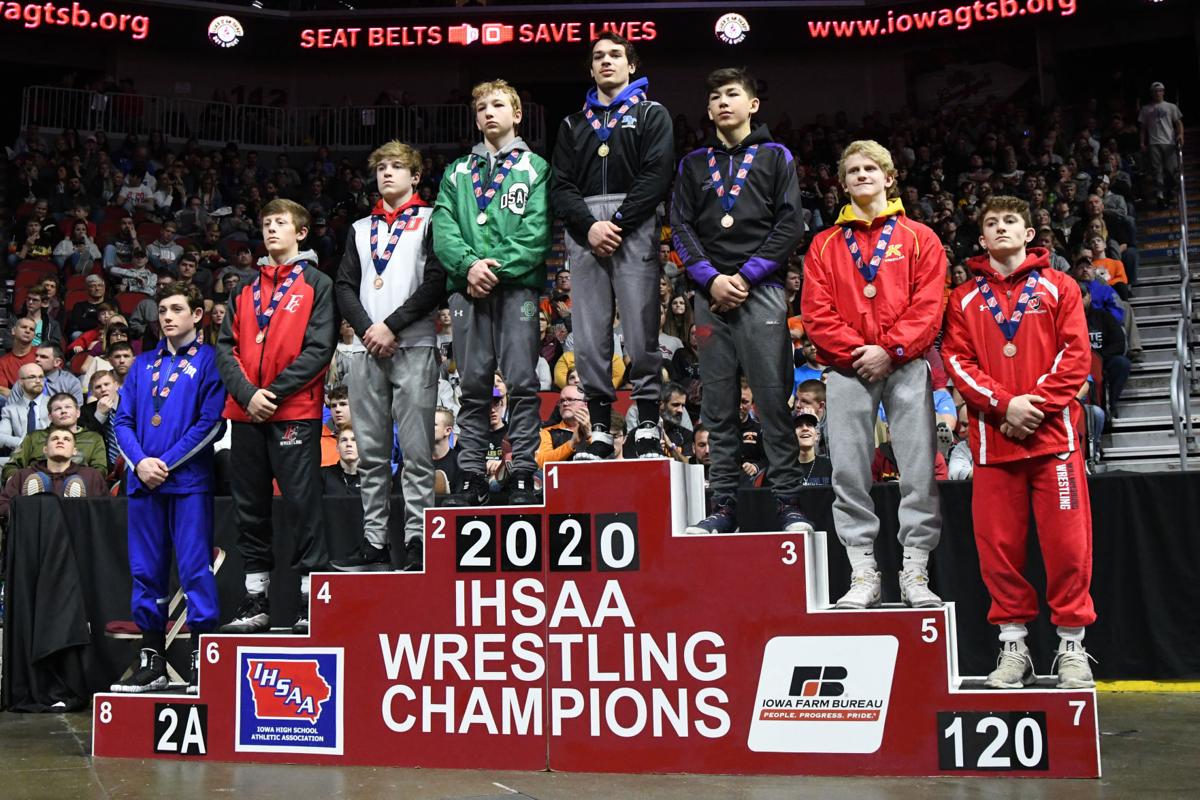 For the Osage sophomore wrestling standout, life at 145 pounds has gone pretty well. Last year, Fox was one of six Osage wrestlers to qualify for the state tournament, as the squad went on to win the Class 2A state title.

Fox wound up finishing second overall at 120 pounds, after falling to Bondurant-Farrar’s Colby Lillegard in the state finals, 8-4.

Now, close to a year later, Fox is wrestling at 145, and is loving every minute. After an offseason of growth and plenty of weightlifting, Fox currently sits at 18-0 on the year with 14 pins, and has been ranked all season by The Predicament as the No. 1 Class 2A 145 pounder.

He also occasionally wrestles at 152, just for the heck of it.

“I didn’t want to cut a lot of weight, I just wanted to let my body grow and lift weights as hard as I could,” Fox said. “It’s 10 times better. It’s a lot more enjoyable throughout the season. I can eat a lot more than I could last year. I still have to cut a little weight, believe it or not.”

Osage head coach Brent Jennings heaps praises upon Fox’s talents, and admires his calm demeanor. No matter what the situation, Fox never seems to get too high or low.

“He’s a pretty cool cucumber,” Jennings said. “He doesn’t get too rattled about much. He keeps his composure, and he is able to explode when he needs to explode, relax when he needs to relax, and he handles every match kind of the same. He just has a really good mindset. He handles himself, and for a sophomore to be where he is at mentally, it’s pretty cool.”

For Fox, that cool, calm demeanor is just a part of who he is. He doesn’t get nervous for things like wrestling meets, and in his time with the Green Devils and Immortal Athletics Wrestling Club, he has wrestled against some top-flight competition.

On Saturday at the Osage Duals, for instance, he will wrestle against Southeast Polk junior Joel Jeseroga, the No. 2 ranked 145-pounder in Class 3A.

It will be one of his biggest challenges yet. Is he nervous? Not really.

“I don’t usually get too nervous about those types of things. I go wrestle like it's another match,” Fox said. “A lot of people say I go on the mat, and then I come off the exact same. If I ever get a good win. I’m usually pretty calm and collected, and just take it all in.”

Fox has been around the Osage program since he was very young, and grew up watching his older brothers succeed on the mat. His oldest brother, Christian, finished third in Class 2A at 138 pounds in 2014, while Derek was a two-time state qualifier.

As a youth, Nicholas and his younger brother Blake, would watch their two older siblings on the mat, and give the crowd a show whenever they got a chance.

“He and his little brother used to go to all the high school meets when all the older brothers were wrestling, and every time that the mat cleared off after a session, the two of them would be out there rolling on the mat for 15-20 minutes, beating the tar out of each other,” Jennings said with a chuckle. “They’ve been around a long time, and grew up here in Osage. They’ve done pretty well.”

This season has been a challenge for Osage, just like for every other wrestling team in the state, as COVID-19 has thrown the season into chaos. Several of the biggest wrestling tournaments of the season have been canceled, including the Battle of Waterloo, leaving Jennings to find other meets to get his team some mat time. With many teams currently missing wrestlers due to quarantine issues, Jennings admits that the season has been “a struggle.”

But with the postseason fast approaching, both Jennings and Fox are just grateful that they get the chance to defend their state title. The team is currently ranked No. 2 in Class 2A, and have four wrestlers ranked in the top four in their respective weight classes, including Fox, undefeated freshman Tucker Stangel (No. 4 at 113 pounds), senior Averee Abben (No. 3 at 132), and senior Spencer Mooberry (No. 2 at 182).

“Nick is on fire and wrestling well,” Jennings said. “I’m excited for him, to watch him as a sophomore here. There is a chance if he continues to compete like he has been competing now, he’ll take care of business and end up on top of the podium. I’m excited for him, and the amount of time he has put in and where his goals are, I know that is where he would like to be.”

Osage will wrestle at 10 a.m. at the Osage Duals on Saturday, where the Green Devils will face Ankeny Centennial, Clear Lake, Humboldt, Independence, and Southeast Polk.

Forest City head wrestling coach Steve Staudt says Kaleb Umbaugh is one of the hardest workers on the team. His hard work paid off when he earned his 100th career win on Saturday.

'They're battle-tested:' Johnson and Bobinet have Osage girls flying high

When Danielle Johnson and Ellie Bobinet are on the floor, anything seems possible for Osage.

'He means a lot to me:' Coach Corey Miner's impact felt on North Iowa basketball