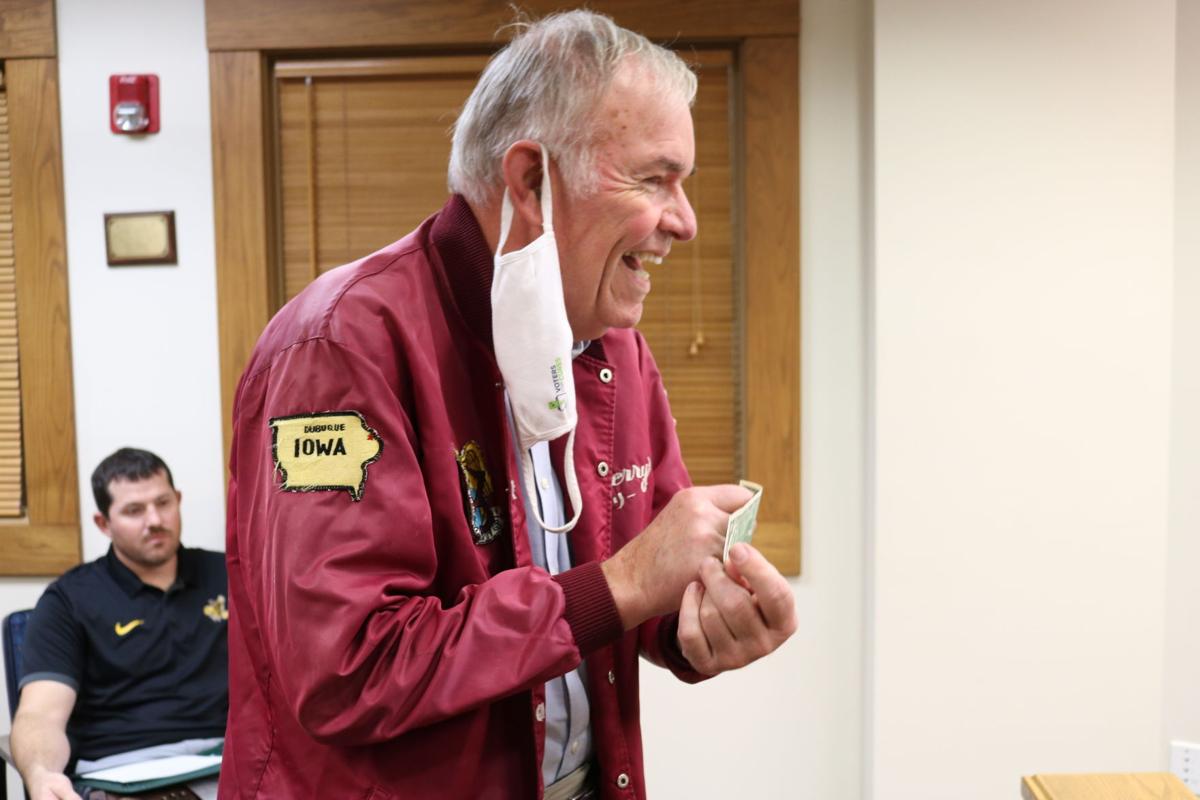 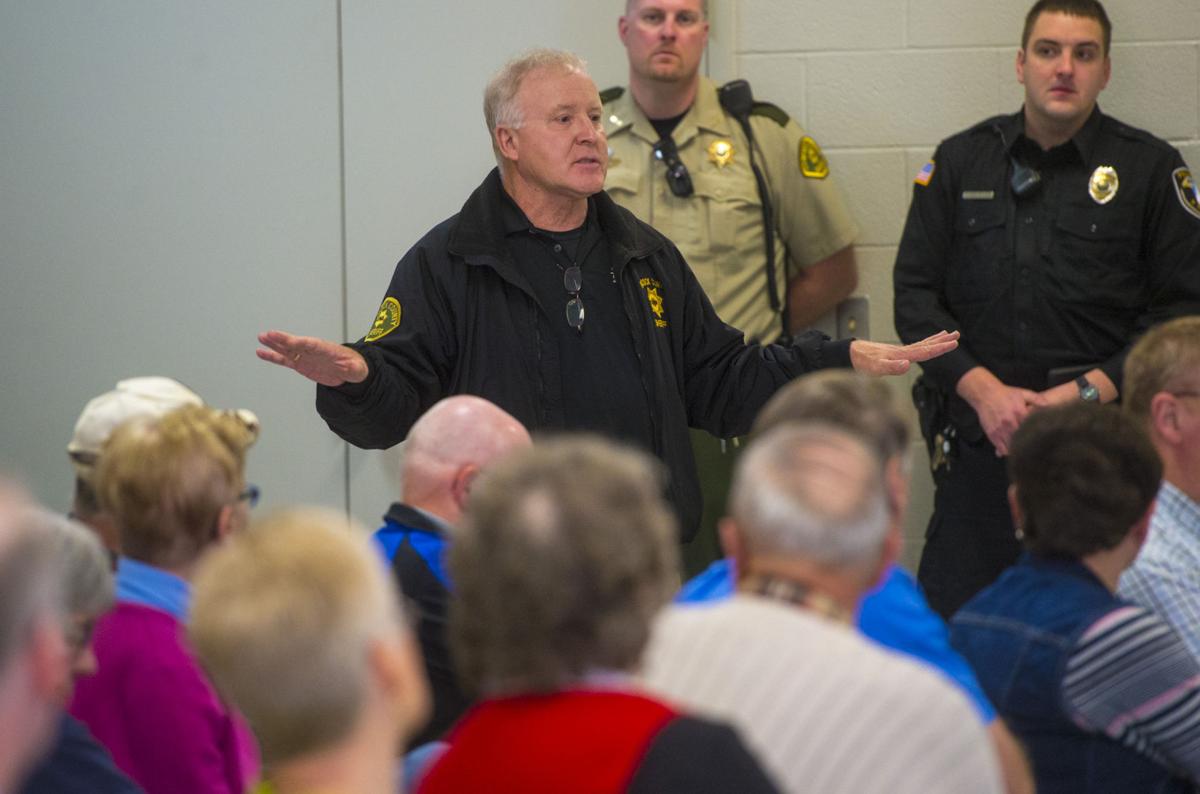 In this 2017 Globe Gazette file photo, Hancock County Sheriff Scott Dodd speaks to Sen. Dennis Guth and Rep. Terry Baxter about the rising number of inmates in correctional facilities who require mental health services that are no longer available during a legislative forum at Britt City Hall.

With the logistics of the move yet to be approved by the CICS Governing Board and the County Board of Supervisors, the change is slated to be effective at the start of the next fiscal year on July 1.

“We have had to do something because we are pretty much an orphan,” said supervisor Gary Rayhons, who is the supervisors’ chair and representative for county mental health.

Russell Wood of CICS said the CICS Governing Board would vote on approval of a 28E agreement at its March 23 meeting, so Hancock County Supervisors could address entering into the agreement as early as its March 29 regular meeting.

Hancock County Supervisors had looked at a couple of other possibilities for partnering with a mental health services region in previous meetings, including Northwest Iowa Care Connections, but ultimately chose CICS.

“We feel we are going to be a better fit to the southern side,” said Rayhons.

Supervisor Jerry Tlach, who is the Board’s alternate representative for mental health, agreed with Rayhons’ assessment and said that for taxpayers alone, the levy amount will be much less by going with CICS, which should also be a very good fit for providing better mental health services to the county’s clients.

“We also want this to be as smooth a transition as possible for our clients,” said Rayhons. “I believe that based on our clients’ needs, we fit better with the southern region than over to the west."

In advance of the vote to join the CICS region, supervisors briefly discussed the increased importance of mental health services given the rise of mental health concerns arising from COVID-19 circumstances and the related stresses on so many people. H

ancock County Emergency Response Coordinator Andy Buffington suggested that the county could soon see an influx of new mental health cases. He called mental health a “critical resource” that is underfunded and under managed.

“My function is working with veterans that are not a lot different than the non-veteran population,” said Edgar. “COVID is generating a higher percent of mental health concerns in the elderly and in rural areas. Not everyone is as well-adjusted as you are.”

A North Iowa native is returning to her roots to practice psychiatry.

In this 2017 Globe Gazette file photo, Hancock County Sheriff Scott Dodd speaks to Sen. Dennis Guth and Rep. Terry Baxter about the rising number of inmates in correctional facilities who require mental health services that are no longer available during a legislative forum at Britt City Hall.