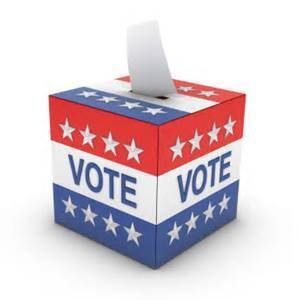 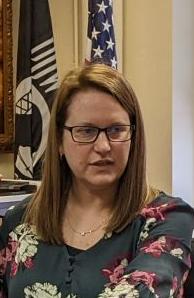 When Winnebago County Auditor and Commissioner of Elections Karla Weiss announced results of the Nov. 2 write-in elections on Nov. 3, a race for a Rake city council seat was declared to have no clear winner.

At the Nov. 9 Winnebago County supervisors meeting, chair Terry Durby drew Darin Geerdes' name from a hat during a first canvass of votes for the Nov. 2 city and school election, making Gerdes the apparent winner.

However, Geerdes' opponent, Tony Hamson of Rake, was in attendance to contest the election results that resulted in an 8-8 tie after computer tallied results were compiled.

"You had a 50-50 chance," supervisor Bill Jensvold said before Hamson's claims came to light.

Hamson cited his petition with signatures of 12 people asserting that they voted for him.

"Now, is there some fraud going on there because all these people went down, they checked the box, and they filled the bottom line," Hamson said. "I’m sure they knew how to do this, so now where are the other four votes?"

Weiss said maybe they did not fill in the circle, such that the machine could read it.

"I made sure they all knew how to fill in the circle," Hamson said. “I even voted for myself and I know I filled the circle in."

Hamson then requested a recount of the votes. Upon Weiss' recommendation, because a machine recount would likely not change the results, supervisors accepted his request for a hand recount.

“It was an interesting election,” Durby said.

It was not immediately known when the results of the recount would be made public.

Meinders said the repairs would be completed within the week and the secondary roads department would submit all the bills to Alliant Energy for reimbursement.

“They’ve committed to that, so it should be no big deal,” Meinders said. “So, if you’ve been on that road and you go check it out, it’s not super pretty. Maybe after a year of scraping on them, you won’t be able to tell on some of those spots.”

Superficial spots were filled with mastic/high-grade construction adhesive and that portion of the job was already done, according to Meinders.

“Compressions that were very thin and didn’t crack any of the pavement, we filled with a fillable mastic product that’s kind of like glue and sand mixed together, Meinders said. "They pour it on there hot and just kind of smear it, so you don’t have a little divot sitting full of water."

• Julie Sorenson of Winnebago County Public Health reported that the COVID-19 testing positivity rate in the county was 10.4 percent in the past 14 days and 13.2 percent in the previous 17 days. She said there were 45 COVID-19 cases in the prior seven days, which is up from the previous seven-day period. Fully vaccinated rates among those eligible for COVID-19 immunization statewide are 55.7 percent and 48.1 in the county, which is up slightly.