The family of David K. Burke say the decorated Air Force pilot would still be alive today if not for the faulty steps installed on the family's Winnebago recreational vehicle.

In a 43-page lawsuit filed on Wednesday in US District Court of Northern Iowa, Nancy Burke, David's wife, and the couple's children allege the company that makes the steps knew as early as 2016 that a part on the Kwikee-brand retractable steps installed on Winnebago's RVs were defective. The company, Lippert Components Inc., is also named in the suit.

In summer 2019, David and Nancy Burke were camping in their 2013 Winnebago Adventurer motorhome at the Garden of the Gods campground in Colorado when the electronic retractable steps to the door of the RV collapsed, throwing David to the ground. He suffered a skull fracture, among other injuries and died on Aug. 9, 2019, according to the lawsuit. 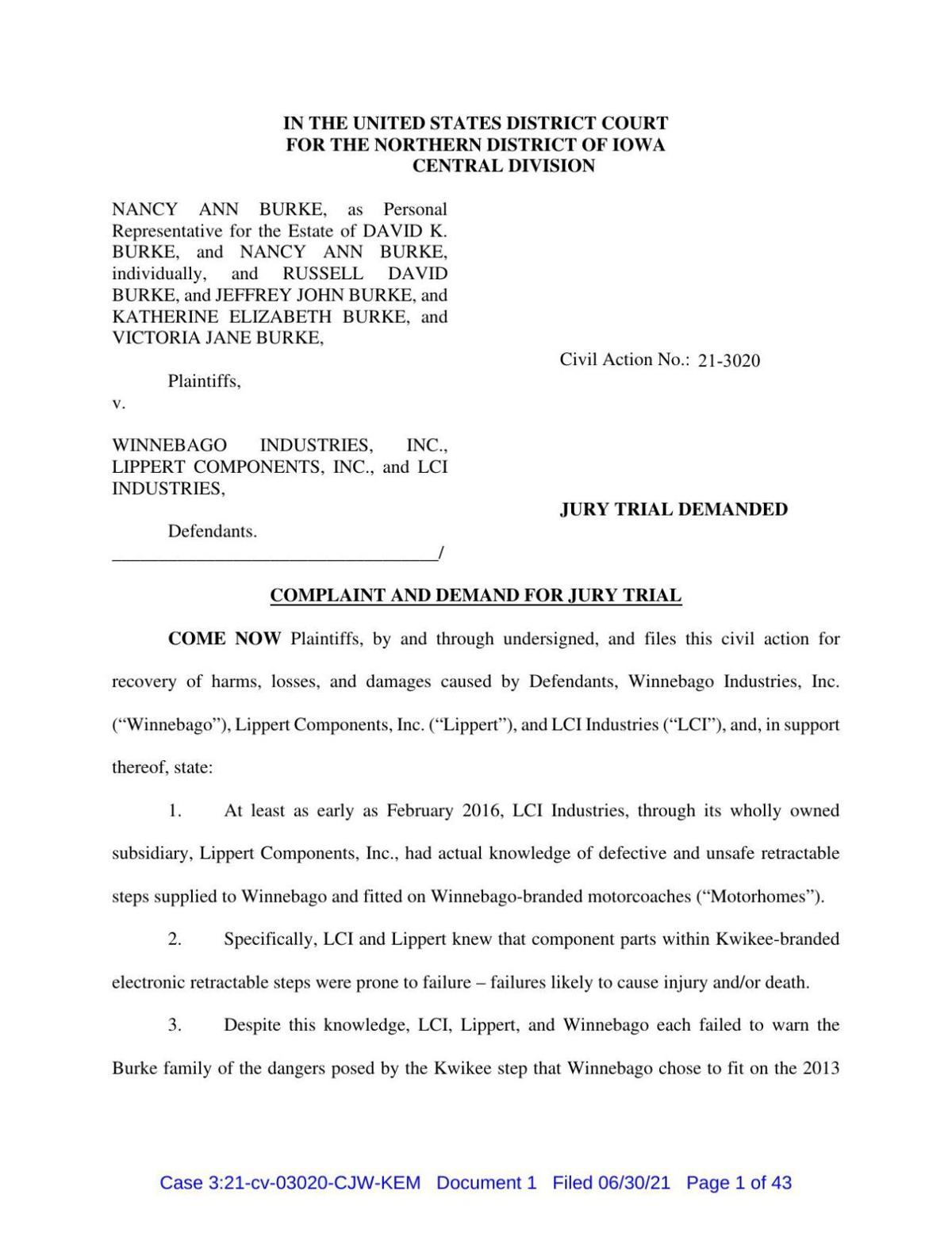 The family contends that, despite having routine maintenance done on the RV several times by Winnebago, based in Forest City, no one told them of an apparent defect in the stairs that caused them to give way. The family contends the defect was known to both Lippert and Winnebago because of numerous complaints made to both companies, and was so prevalent, a secondary market was created by companies making kits to repair the faulty stairs, according to the suit.

A representative for Winnebago contacted Friday declined to comment.

The family is asking for a jury trial and a minimum of $75,000 in damages on each of six counts of negligence and liability from Lippert and Winnebago.

Current assessor Katie Bennett is transitioning to a job in California while county officials work to find a replacement to start in October.