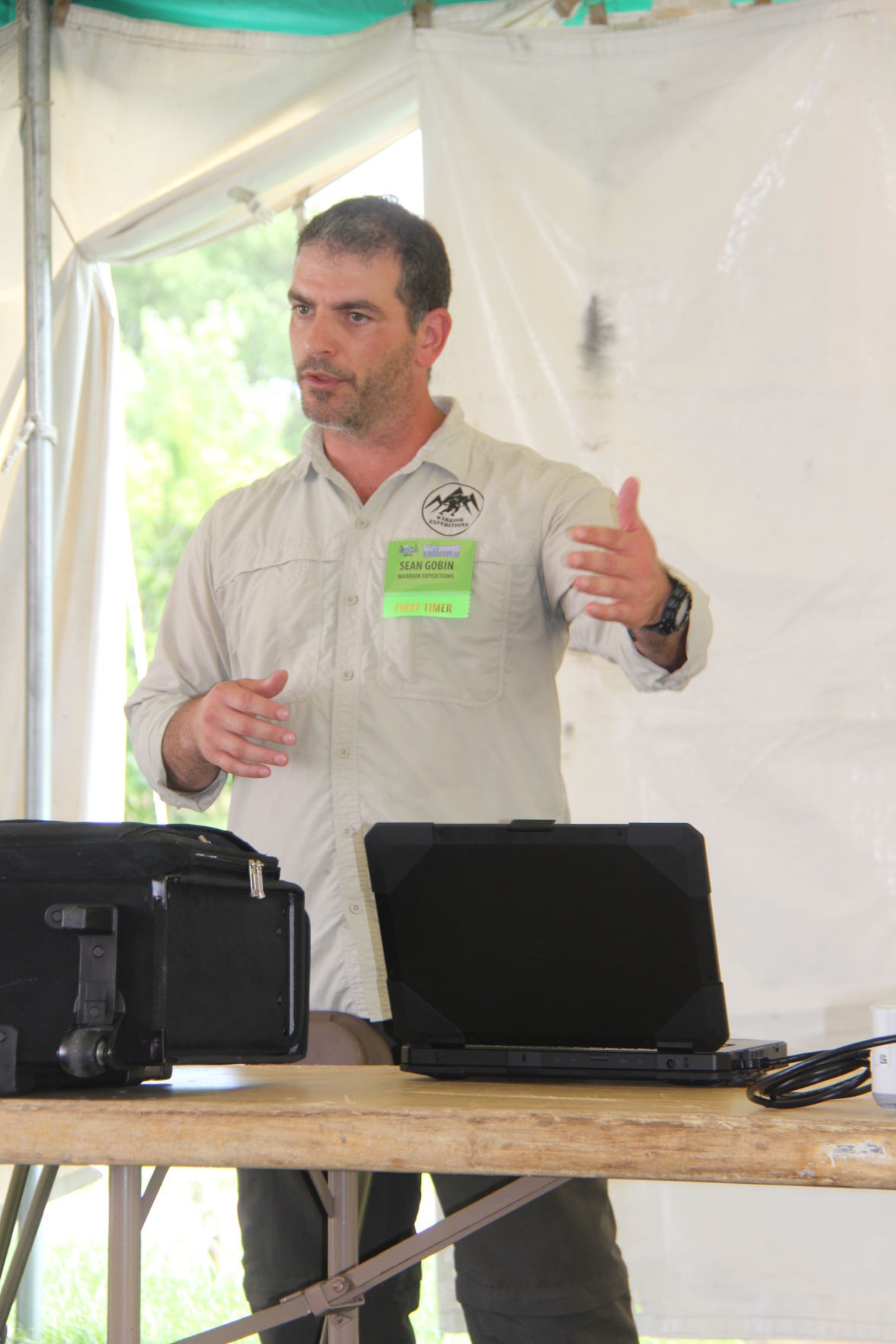 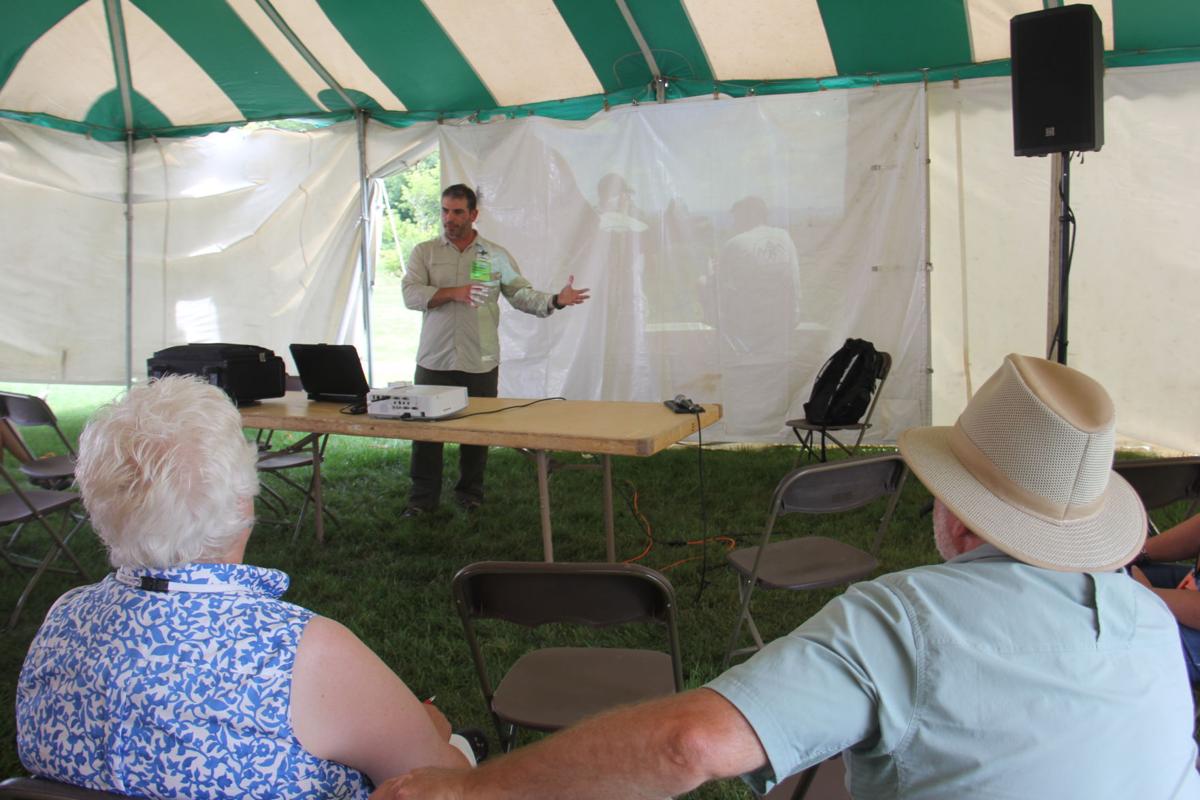 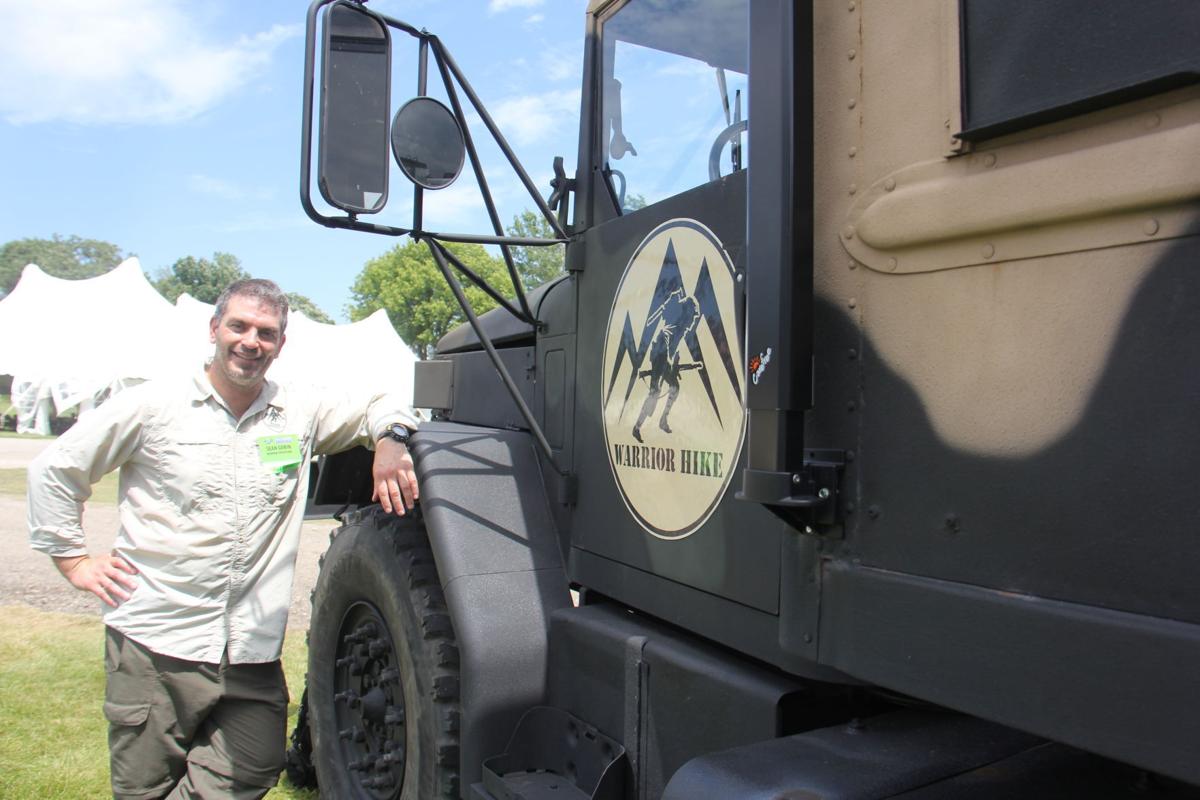 FOREST CITY — Sand swirled across the screen. Black smoke billowed up on the horizon from burned-out vehicles. A loud boom sounded as a nearby tank returned fire.

Those images played across the wall of a tent during a seminar on Warrior Expeditions at the WIT Grand National Rally Grounds on July 20. Sean Gobin, a 12-year Marine veteran, founded the veteran outdoor therapy program after his last tour in 2012.

The video, he said, was just a snapshot of what American troops faced in Afghanistan and Iraq.

“There was a lot of high-intensity combat,” Gobin said of his own multiple tours in both countries.

He decided to leave the Marines after his last tour in Afghanistan in 2012, especially as he could feel how the tour was affecting him both emotionally and physically.

“I knew I needed a change in life to help myself heal,” he said.

Gobin then decided to live out his lifelong dream of hiking the entire Appalachian Trail. The roughly 2,185-mile trail took him 4½ months to complete.

Hiking the trail soon turned from a personal challenge to a therapeutic one.

“I had the time and space to process what I had been through those past 10 years,” Gobin said.

Military people, he said, typically put those experiences away. Those experience can then start to surface as post-traumatic stress later in life.

There was nothing else to do on the trail, Gobin said, but to think about those experiences, and to start to talk about them with a fellow Afghanistan veteran who hiked alongside Gobin.

When the pair were almost done hiking the trail, Gobin had the idea of hosting similar hikes for other veterans.

“Maybe it would be as helpful for them as it was for me,” he said.

Gobin also partnered with Georgia Southern University. The university wanted to see how the trail program would work as a therapy program. Veterans were asked to fill out surveys along their trip. The university also gave veterans therapy strategies to use on the trail.

The Warrior Hike program soon expanded to include trails in New Mexico, California, Florida and others.

The Warrior Bike and Warrior Paddle programs were soon added.

Sue Easton of Bryson, North Carolina, raised her hand soon after Gobin had finished his presentation.

“How do we get our name on a list if a veteran needs a ride? We live in North Carolina right by the Appalachian Trail,” the first-time WIT attendee said.

Gobin handed her his card with an email address on it.

“Something like this, I would love to be able to help,” Easton said, especially as her dad was retired military.

FOREST CITY — The wall was lifted off the sawhorses and put into place inside the shed. A volunteer grabbed a drill and screwed in one side of…