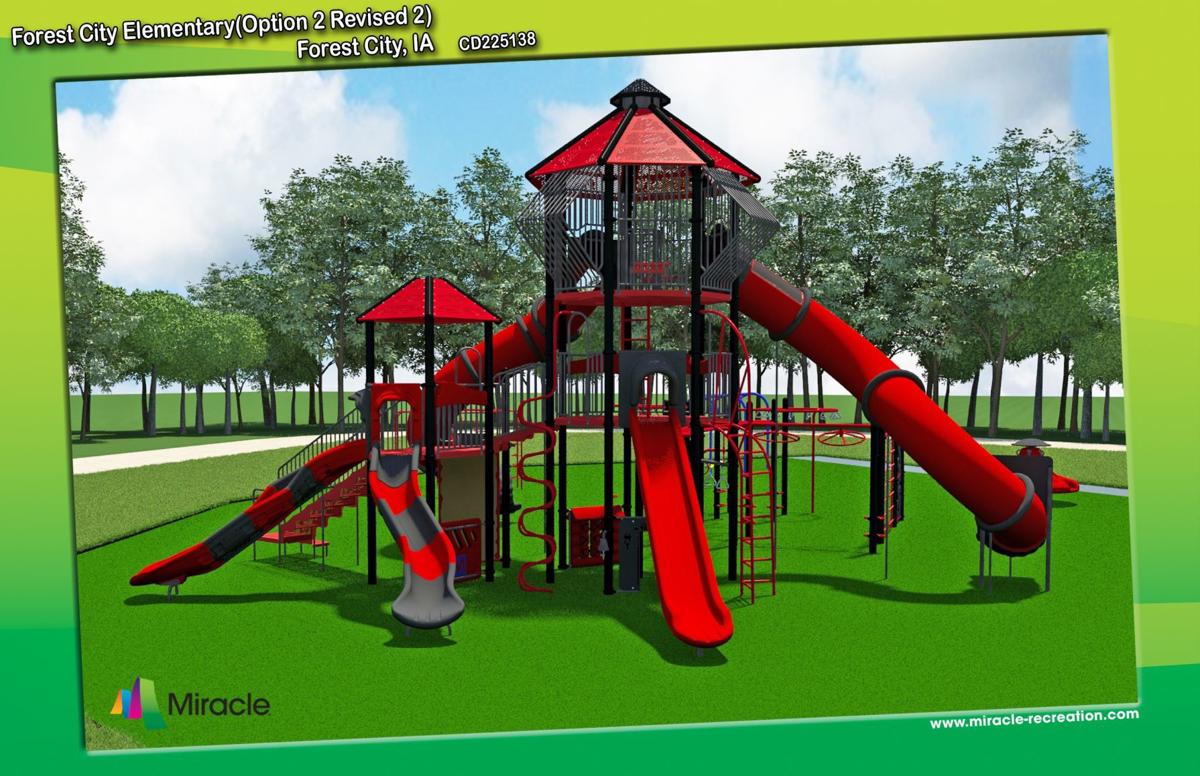 A view of the new K-2 playground at Forest Cit Elementary School. 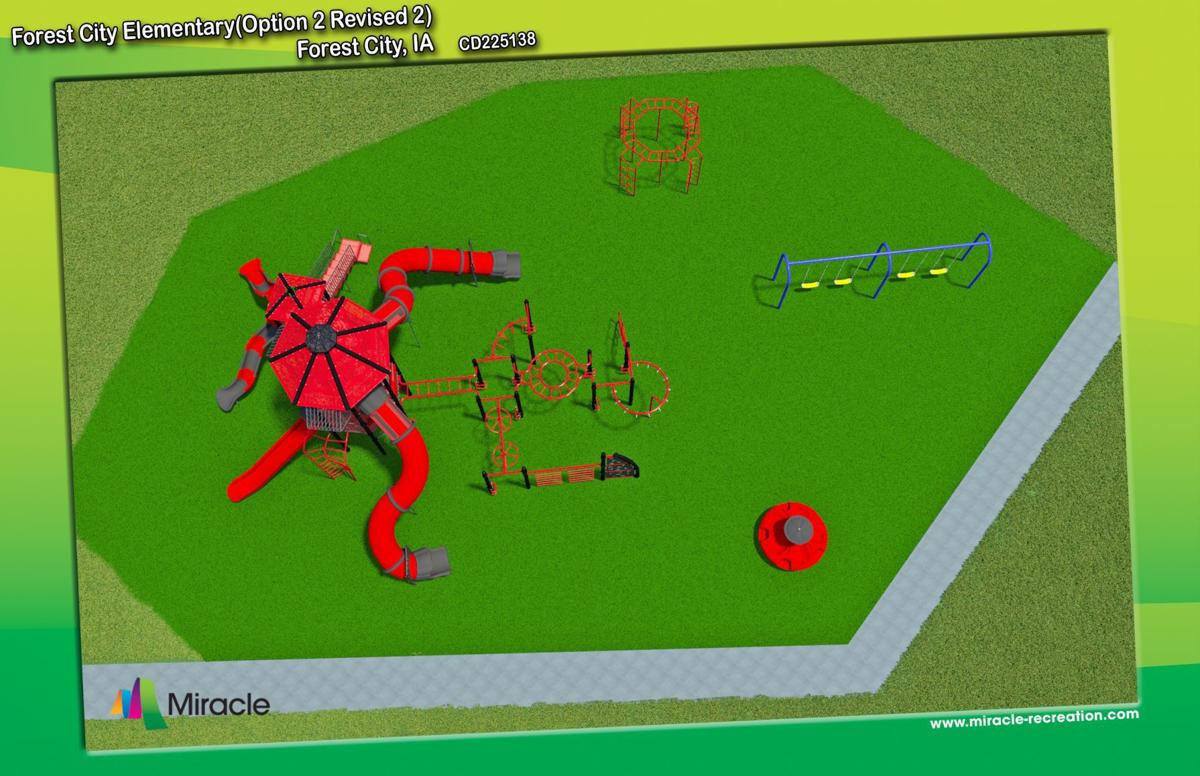 An overhead view of the new K-2 playground at Forest Cit Elementary School.

A new playground at Forest City Elementary is one step closer to completion.

Last year, the Forest City School District built a preschool playground on the west side of the building, located by the YMCA daycare rooms and preschool rooms, according to Elementary Principal Brad Jones.

The school board approved the renovation of the K-2 playground at their meeting held on Monday, Nov. 11.

This phase of the renovation is set to begin around the first of June with the completion date at the end of that same month.

“The paint is chipping and the plastic is fading,” Jones said. “Last year, we had to take down a favorite slide, because it became unsafe to use. Each year we have had to replace the wood mulch on the playgrounds, because it washes away. The wood area becomes muddy. The areas underneath the swings and slides get filled with water during the winter and spring.”

Another goal of the district was to make the playground more accessible to students with special needs, by using rubber mulch that will be contained by plastic timbers so they don’t wash away and making the playground wheelchair accessible by adding a ramp, Jones said.

“The current kindergarten playground is in a low area and every year, in late winter and early spring, it becomes flooded, so we aren’t able to use it,” Jones said. “This is one of the reasons for building a larger playground with stations student are able to use in grades K-2.

"In the development of a child, it is necessary to have opportunities to swing, climb, spin and balance. The new playground design has all of those requirements built into it. We are keeping a couple of pieces of equipment that are currently in place as they were purchased fairly recently and are still in good shape.”

“This goes back to when our community approved the voted physical Plant and Equipment Levy,” said Forest City Superintendent Darwin Lehmann. “At which time we made a conservative effort of updating the playgrounds. It was approved not to exceed $135,000, because of the specs for the rubber mulch, we did not have available at the time of the meeting. ”

A view of the new K-2 playground at Forest Cit Elementary School.

An overhead view of the new K-2 playground at Forest Cit Elementary School. 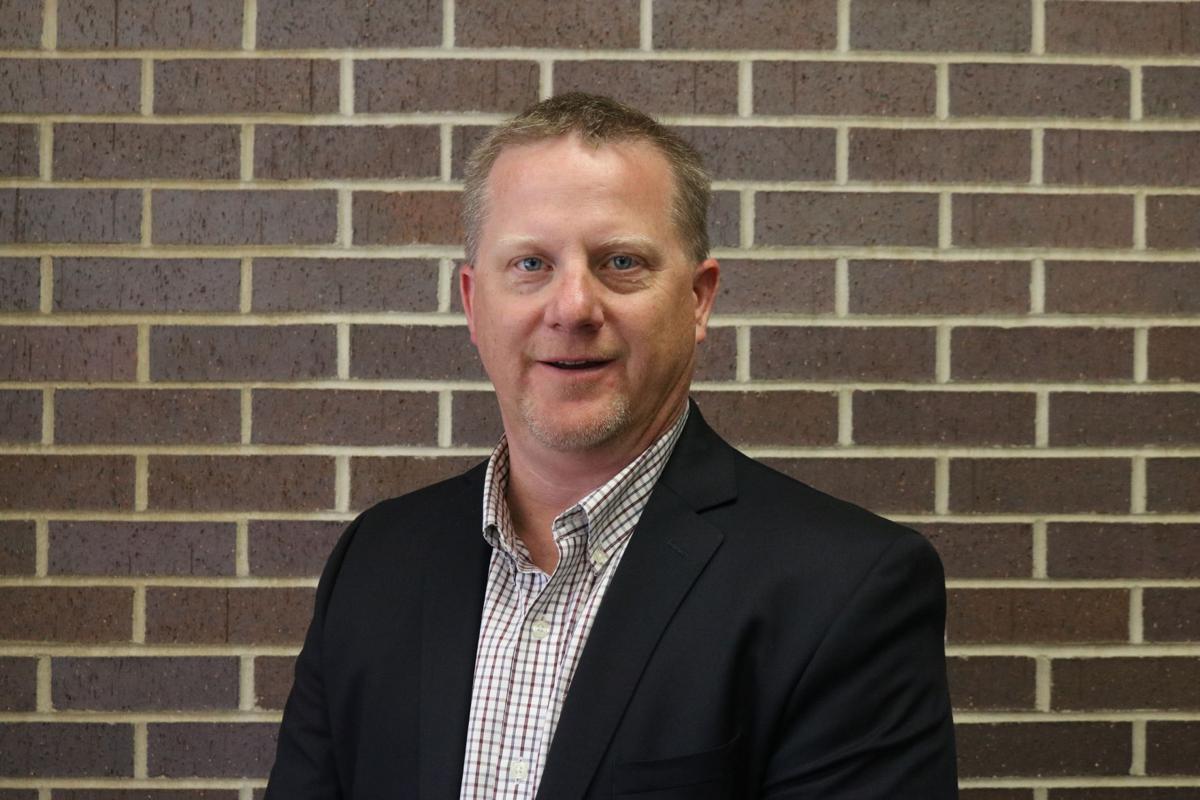