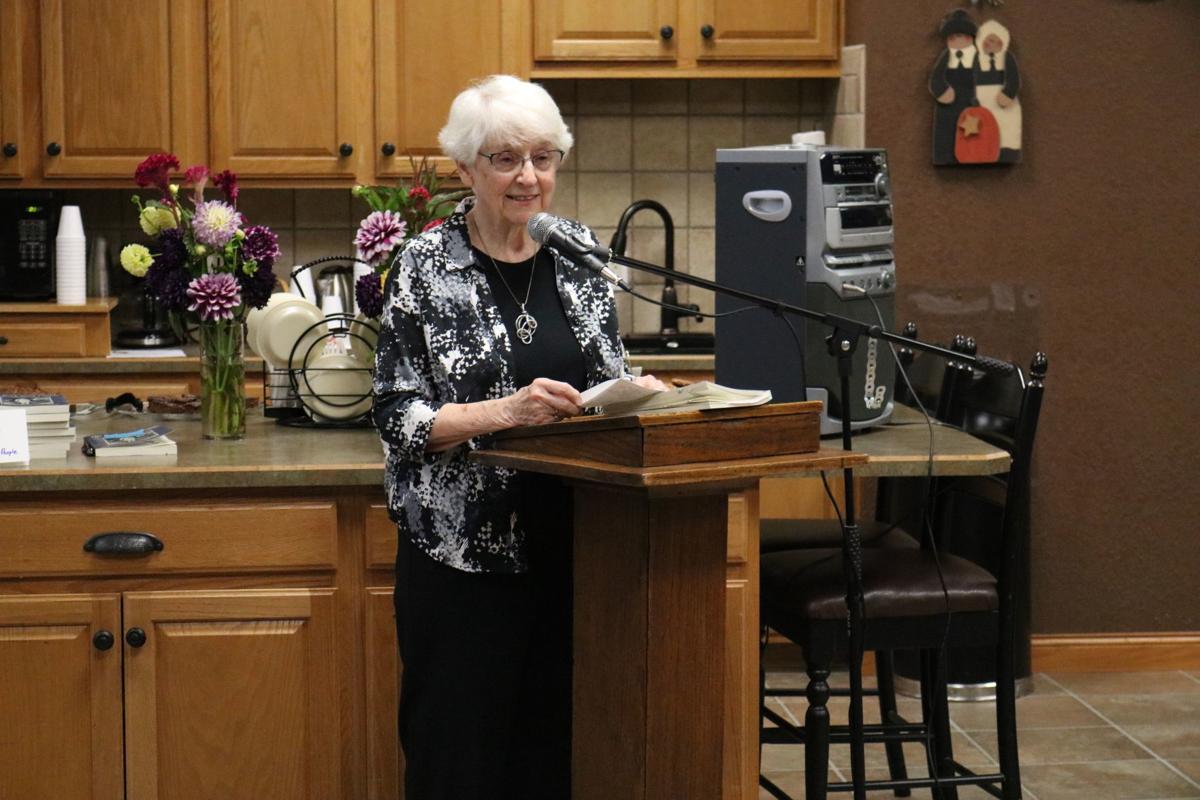 Barb Johnson tells the audience at Forest Plaza how she got into writing "The Back Door People." 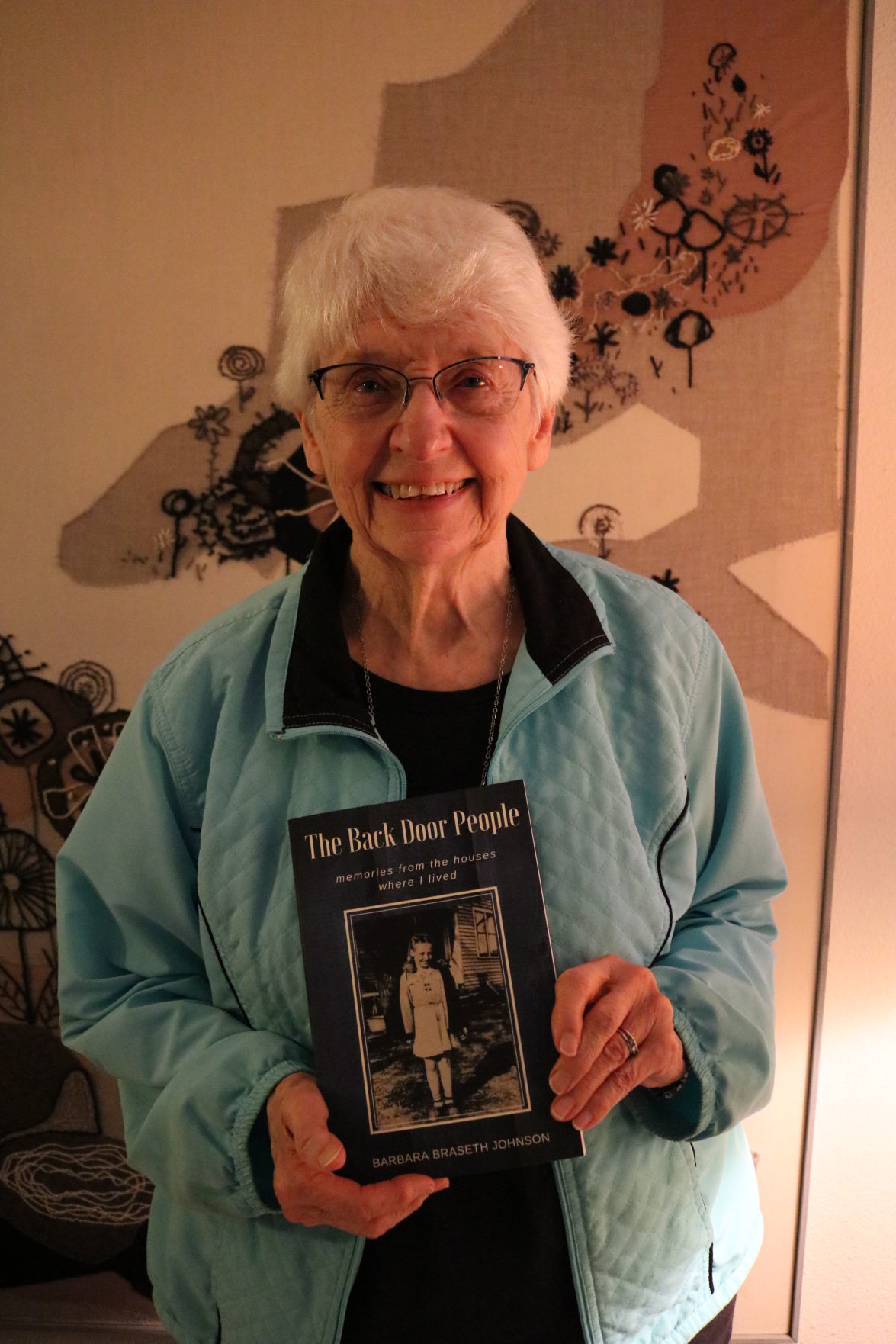 Barb Johnson wrote and self-published her memoir, "The Back Door People," which is available on Amazon. 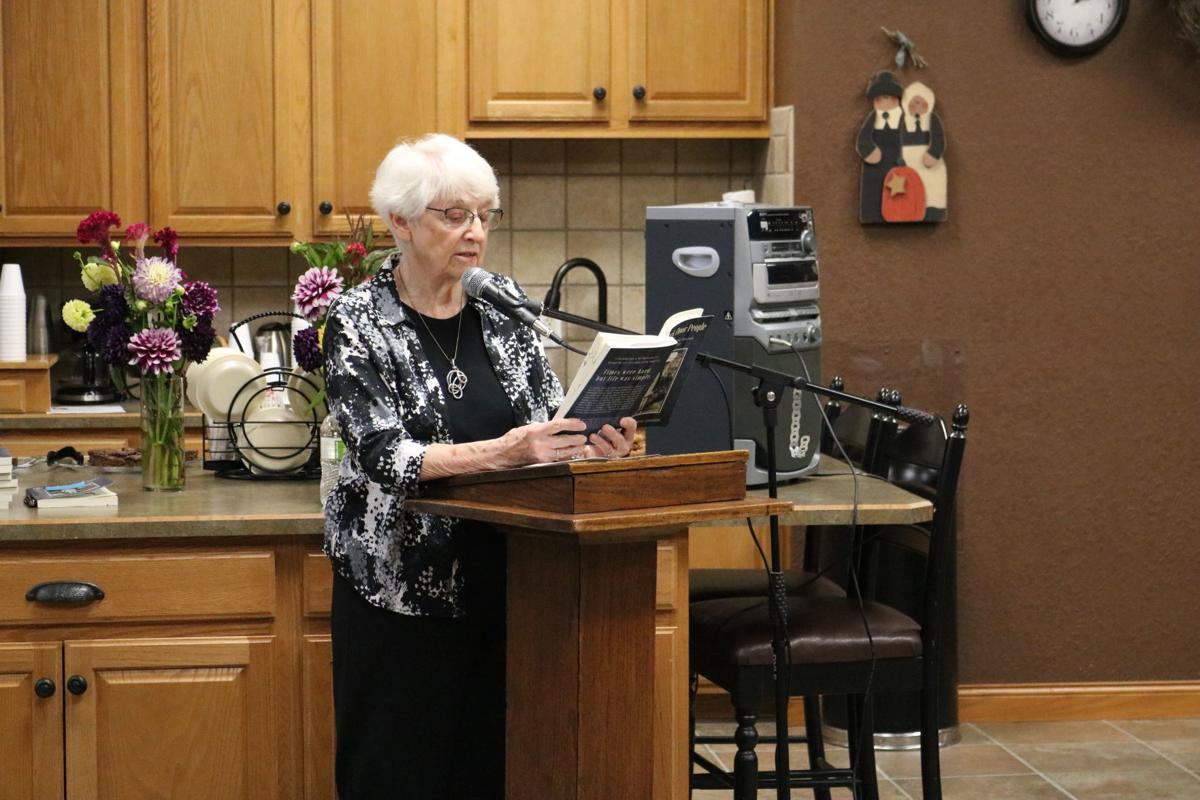 Barb Johnson reads the prologue from her book, "The Back Door People," to the tenants at Forest Plaza, which explains why she titled her book so.

Writing is a difficult process, requiring discipline to sit and put your thoughts to paper. Writing a book requires even more.

One Forest City resident put together several memories she had growing up in five different houses, by the time she was 12, into a book.

The memoir, “The Back Door People,” is a compilation of stories by Barbara Braseth Johnson, 88, written from her memories growing up in the Depression and World War II. The stories are organized by the houses she lived in while growing up.

“And so as a child, I thought of us as, ‘We’re the back door people,’” Johnson said. “And then the other people were the front door people. In my mind…It wasn’t a negative thought for me. It was just an identifying thought.”

Johnson said her daughter, Jenny Conrad, pushed her to compile her writings into a book, saying she'd edit it and prepare it for publishing. Her daughter told her the collection of stories was good to publish as a book.

“Without her, this never would have happened,” Johnson said.

Johnson said she started writing the stories when she took a memoir writing class taught at Waldorf University by creative writing professor Tim Bascom. The class was open to the community as well as university students in 2016.

Johnson said she took both semesters of creative writing, though she wasn’t sure at first, but had a great experience with the class.

“I probably wrote a little more than half of this book in that class that year,” Johnson said.

Writing within the class and workshop structure helped push Johnson to keep writing, she said, since it held her accountable to do her work.

“It takes so much time; it takes discipline,” she said.

Johnson said she and her daughter chose to self-publish the book because she didn’t want to deal with the process of getting an agent to then send out her manuscript to various publishers, who would then look at it and decide whether or not they wanted to publish it. Then, if a publishing house chose to publish the book, she would have to do all the publicity and marketing campaigns, such as book signing tours, selling as many copies as possible.

“I just wanted enough to hand out to my relatives. Now my friends are interested and they’re buying the book or I’m giving it to them,” she said.

“A small book like this, you don’t make money on it but you can have fun with it,” she said.

“I am deeply indebted to Tim Bascom for inviting us into that class, for making it available for me to be in that class, and the classroom experience I had,” Johnson said. “It was just really, really a great experience. And then my daughter. Without those two, it would never have happened.”

Hy-Vee gives away 1,150 pounds of apples

Barb Johnson tells the audience at Forest Plaza how she got into writing "The Back Door People."

Barb Johnson wrote and self-published her memoir, "The Back Door People," which is available on Amazon.

Barb Johnson reads the prologue from her book, "The Back Door People," to the tenants at Forest Plaza, which explains why she titled her book so.