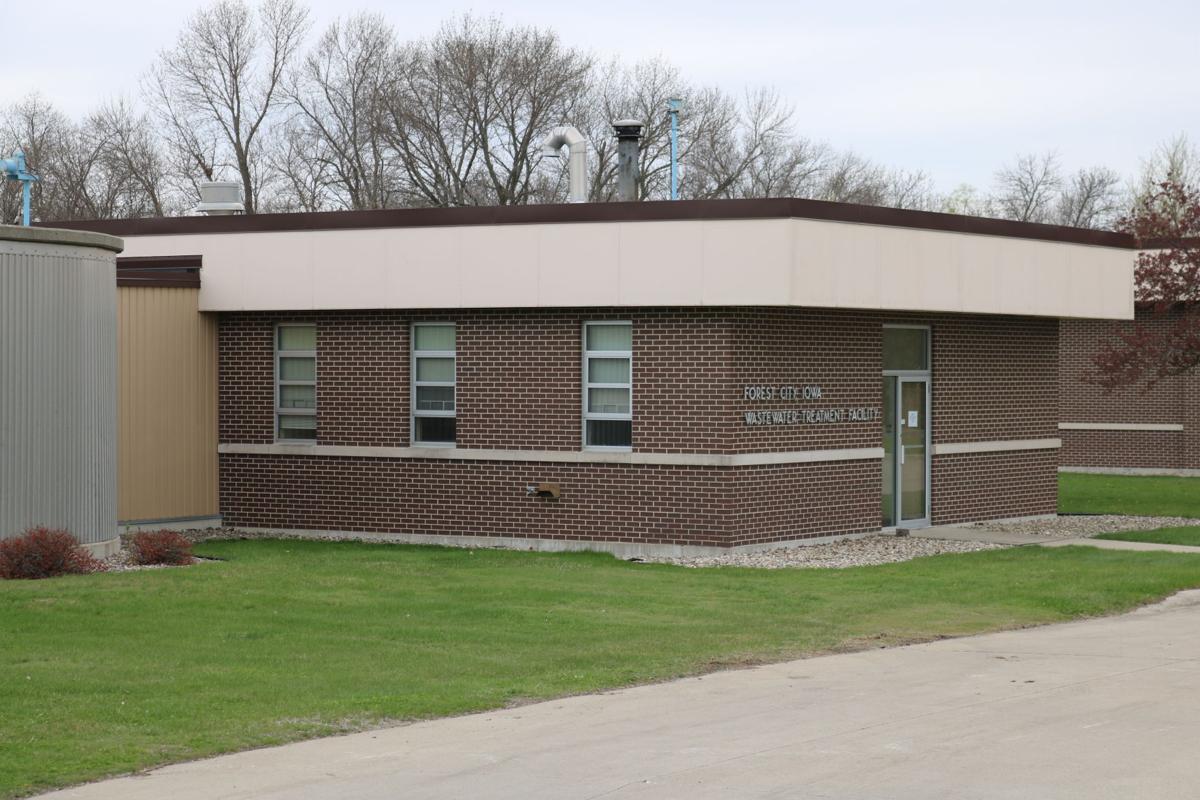 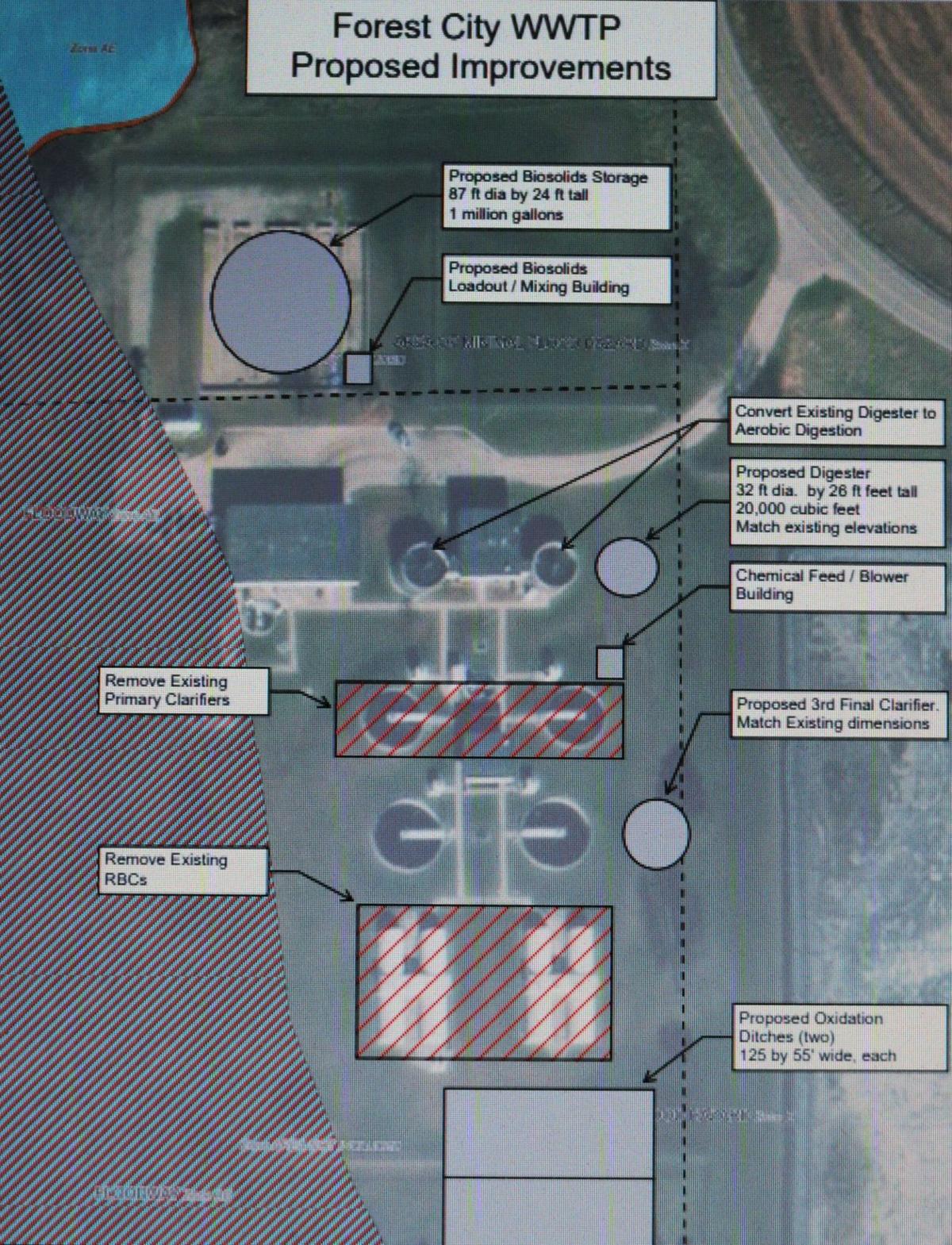 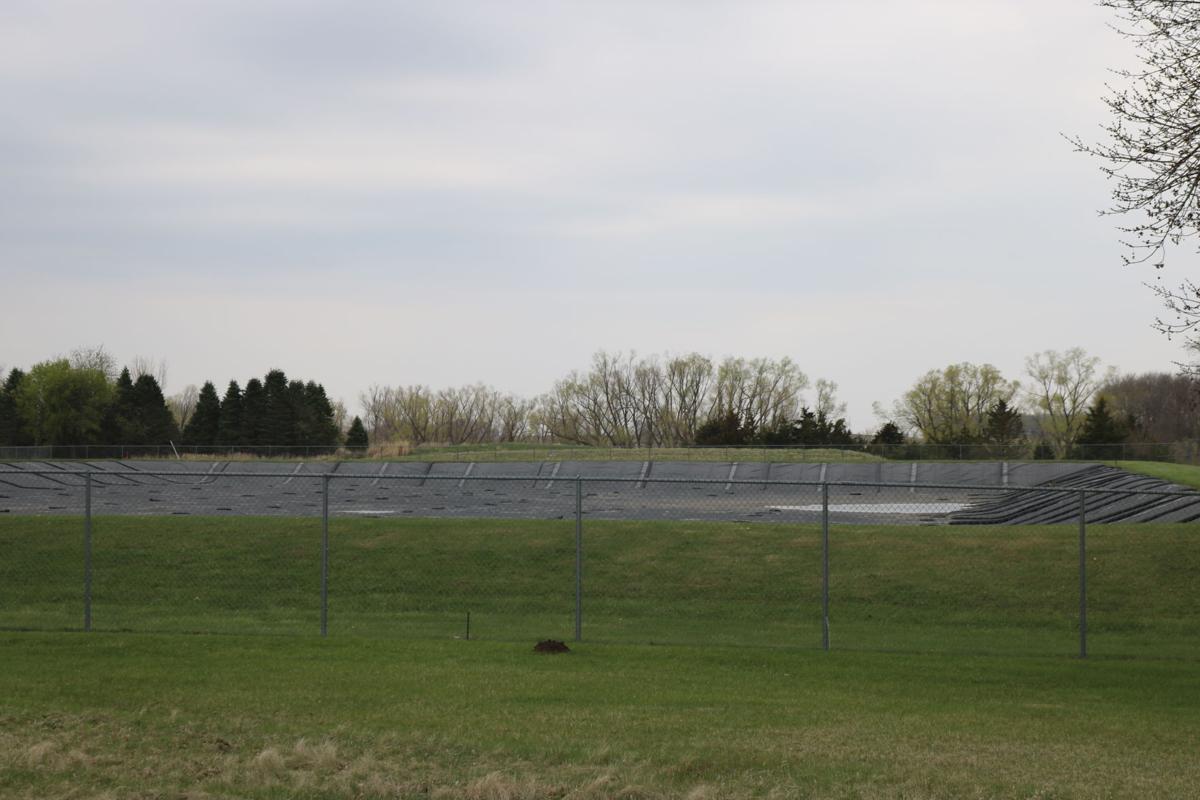 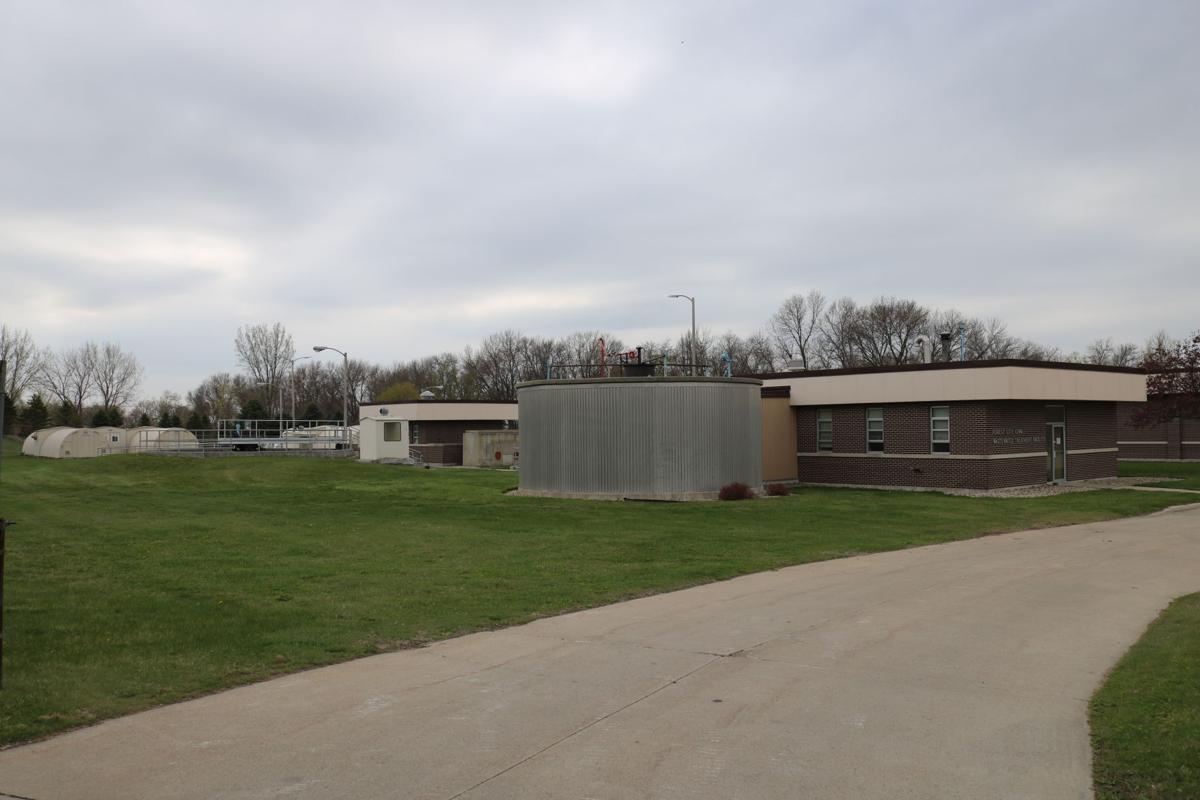 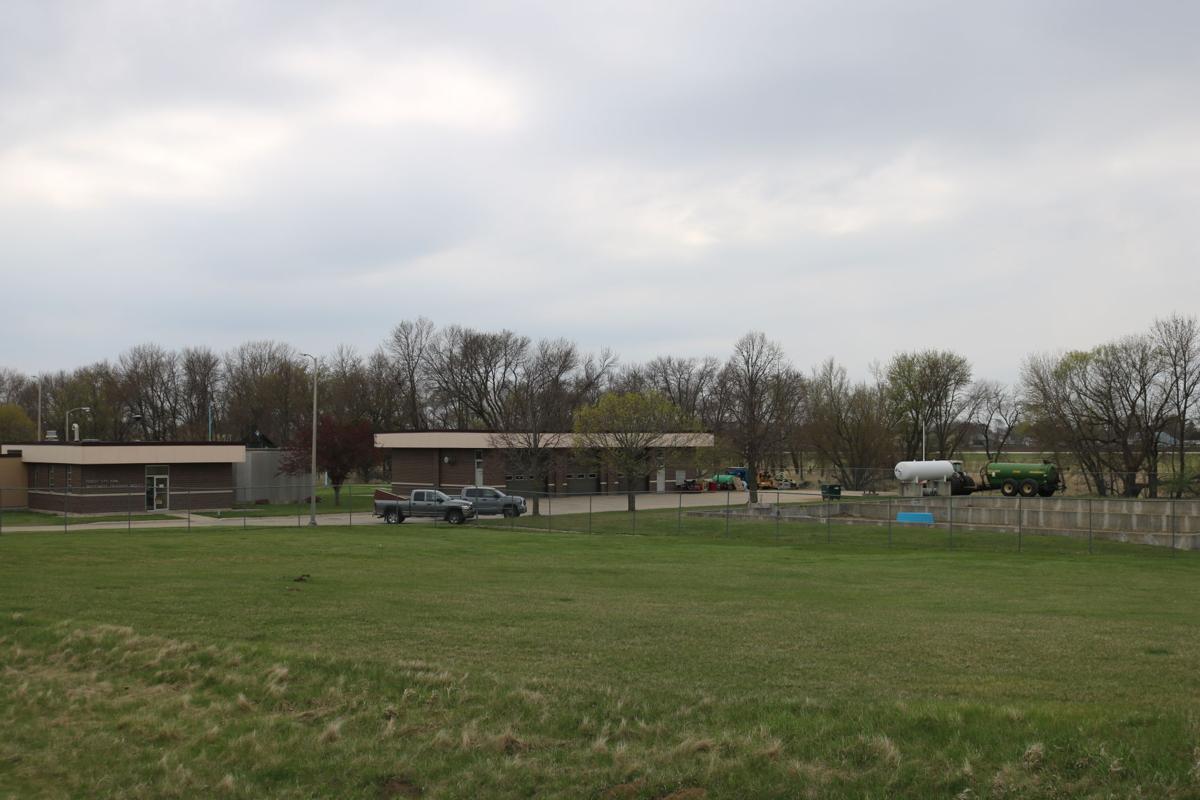 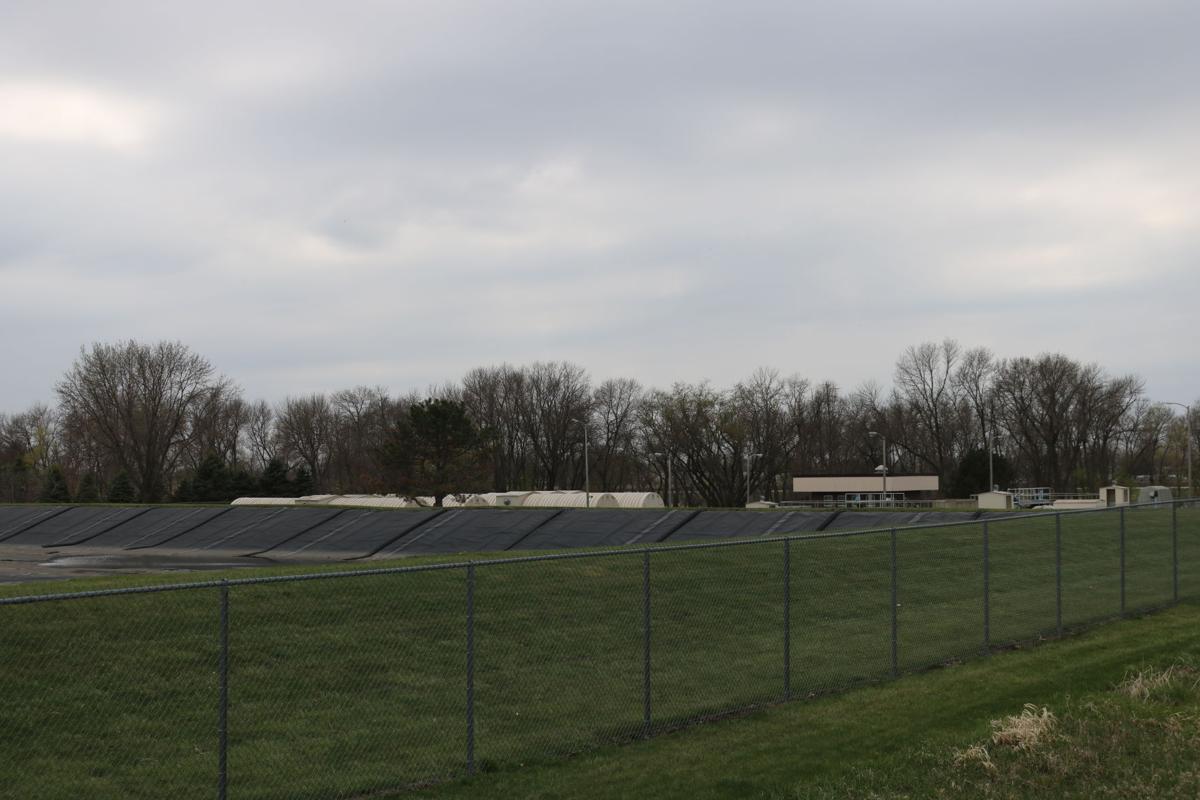 Forest City has begun planning and preparation for an estimated $12.5 million update to its 1982 wastewater treatment plant located at 1890 River Road (County Road R70) on the south edge of town.

It has been a strategic delay in addressing a number of age-related equipment needs for a number of years. Bill Angerman of engineering firm WHKS & Co. informed city council members in a workshop on April 26 that despite six of its plant’s eight rotating biological contactors having needs, the city is still doing a very good job of maintaining high-quality effluent from the aging facility.

Now, the city council is looking at moving forward with the project that will also incorporate the ability to meet the state’s new nutrient reduction standards for nitrogen and phosphorous levels.

“This is really just an inevitable project,” Angerman said. “Kevin (Reicks) and his staff have done a great job of maintaining the plant. It may be time for a major plant project to address nitrogen and phosphorous, but most improvements would be for the 1982 main treatment parts.”

The project would include two 55-feet by 125-feet oxidation ditches to be initial treatment for reducing the strength and concentration of wastewater. Existing RBCs would be removed. Two existing primary clarifiers would be replaced and another of the existing dimensions added.

Two digesters that break down wastewater with heat would be modified to use air (aerobic digestion) instead of heat. Another 20,000 cubic-foot aerobic digester would be added, 32 feet in diameter by 26 feet tall to match existing elevations.

A large bio-solids storage tank would be built. It would be 87 feet in diameter by 24 feet tall, made of steel, and hold up to one million gallons. Adjacent to it would be a proposed bio-solids loadout/mixing building.

Angerman said a primary reason for the switch from using heat to air to breakdown waste is that there were incentives to produce (methane) gas and capture it back when the present facility was new, but since then most municipalities have switched to air to break it down. He said the heating process can be dirty, corrosive, and create gas under pressure that is a potential safety issue.

Digesters represent the back end of the treatment process and more digestion and storage space would be needed in a new plant, but such space is already available. The original plant, in terms of solid waste volume, was built for a population of more than 8,000 with an industrial reserve capacity built in that could push that number much higher, he noted.

Angerman proposed a schedule that would include submitting a nutrient reduction standard supplement to the Iowa Department of Natural Resources and finalize a low-interest state revolving loan for the design phase in May 2021. With the state revolving fund loan, the city could get 10 percent of the project cost back for water quality improvements in its watershed areas that drain into the city.

The engineer’s estimated timeline also includes completion of preliminary engineering for the project by next winter, final design by next summer, and project permitting by summer/fall 2023. Construction could begin by spring 2024 and be completed by fall 2025 on that schedule. A year after construction is done, the city would be in full compliance with IDNR effluent limits.

Asked by council members, Angerman said all new structures would be built for a 50-year design life and components/moving parts for a 20-year design life, but could last longer. He noted success Forest City has had in finding takers for bio-sludge, which is high in nutrient value, despite many regulatory requirements. He said many area farmers should realize the value and be happy to get it.

City officials noted that a rate increase for services is anticipated, but it is far too early to know what that might look like. An engineering agreement with WHKS for preliminary design could be considered at the council’s May 3 meeting.