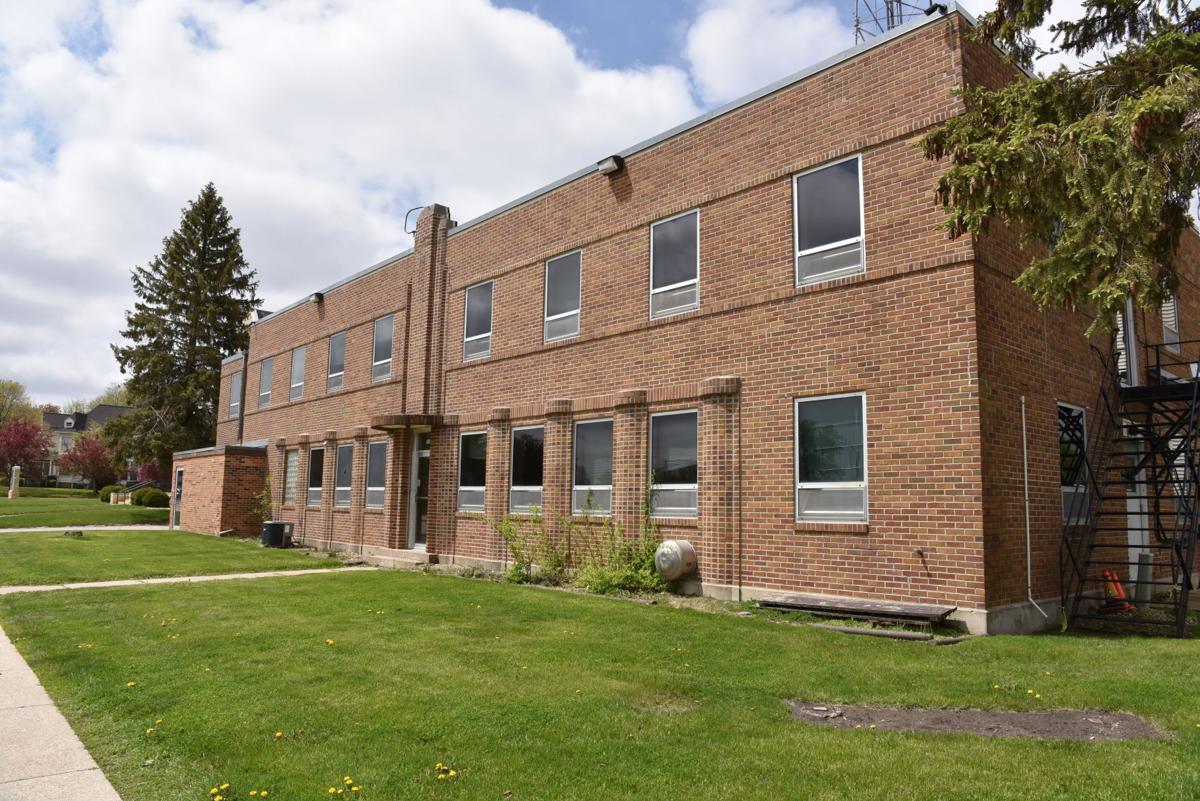 The former Irish Hospital will be turned into an apartment building with at least 8 units if all goes will for developer Kristen Fish-Peterson. Beth Bilyeu of Forest City Economic Development has helped secure grant funds for the redevelopment. 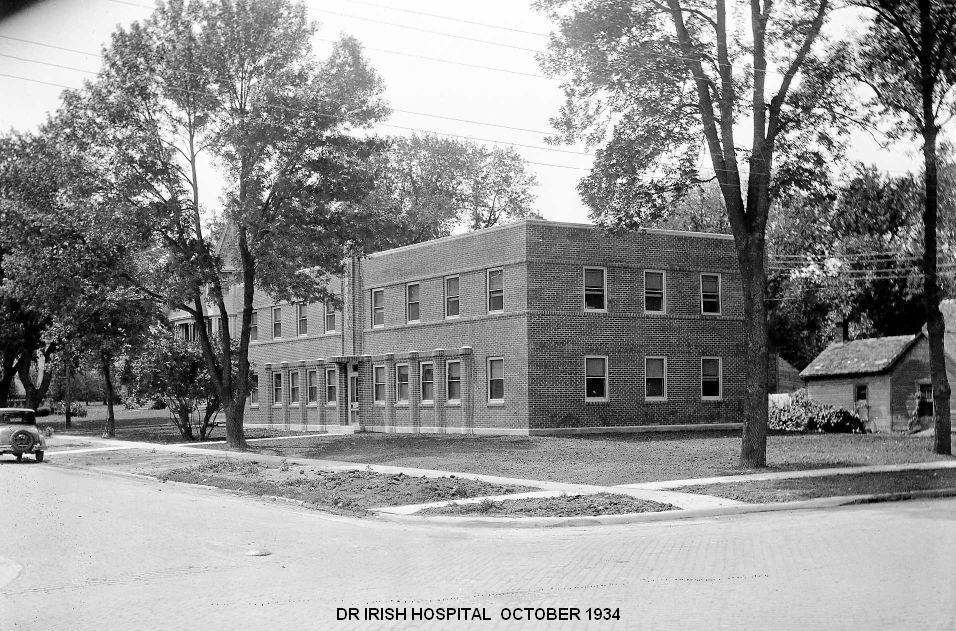 The former Irish Hospital was built in 1934 by Dr. Thomas Judson Irish in memorial to his father, Dr. Harry Russell, who served the community from 1883 until he died in 1929.

The Forest City Council on July 6 accepted terms of a $100,000 catalyst grant awarded to the city by the Iowa Economic Development Authority toward transformation of the former Irish Hospital to an apartment building.

The resolution notes that the council agreed to provide a grant of $250,000 toward the project development of up to 10 apartments. Those funds would come from the Forest City Municipal Electric Utility, provided the apartment building has only electric services with the grant to be paid back by increased electrical usage.

Developer Kristen Fish-Peterson said that it is a stronger application for tax credits this year because of the city’s ongoing support.

Bilyeu agreed, noting that the application fell just short last year. Bilyeu said financing and funding have since been bolstered with the help of MBT and Winnebago County.

The workforce tax credit application is due by July 19 and could be accepted by September. Construction on the project could start by October or November with the tax credits. If the application was unsuccessful, redevelopment tax credits could also be sought, which would provide a smaller funding source.

“Without tax credits, we would have to re-evaluate any ways to save money on the project,” Fish-Peterson said. “We have a few more options if these don’t work.”

Fish-Peterson said a determination on the extent of mold will determine if a building addition is kept or not, which could result in either 10 apartments or eight.

“It’s going to be good to see it saved,” Mayor Barney Ruiter said.

• A public hearing was held regarding the sale of a portion of the city lot at 409 Secor Avenue. Jason and Laurie Matejcek were in attendance and stated they wished to purchase this 30.5 feet of land to add a garage to their adjoining property on Clinton Avenue. City administrator/clerk Daisy Huffman said the sale was for $500 with the buyers responsible for all associated costs. No written or oral objections were received.

After closing the hearing, council members approved and adopted a resolution approving the transfer of real estate.

• The council also approved the third reading and adopted an ordinance to amend chapter 122.18 of the city code of ordinances to add an additional license exemption for mobile food units, including pushcarts, doing business on public or private property with owner permission.

Mobile food units and pushcarts are licensed under chapter 137F of the Iowa Code. The city ordinance will require them to annually provide the city a copy of any license issued pursuant to Iowa Code chapter 137F. Written permission from the landowner where the mobile food unit/pushcart will be parked for sales as well as a schedule of when sales will be made will also be required.

• The council approved a 1-6:30 p.m. July 24 Clark Street closing on the north one-half of the 300 block (in front of the Mansion Museum). The request was made by the Winnebago County Historical Society for a gospel and patriotic music concert of the Albertson Family in front of the Mansion. Councilman Dan Davis said a famous guest speaker is planned for the event, but the name of the famous person is currently “under wraps.”

• The council approved a first pay application of $152,142 to Rognes Brothers Excavating for work on the city’s North 13th Street Project.

The former Irish Hospital will be turned into an apartment building with at least 8 units if all goes will for developer Kristen Fish-Peterson. Beth Bilyeu of Forest City Economic Development has helped secure grant funds for the redevelopment.

The former Irish Hospital was built in 1934 by Dr. Thomas Judson Irish in memorial to his father, Dr. Harry Russell, who served the community from 1883 until he died in 1929.