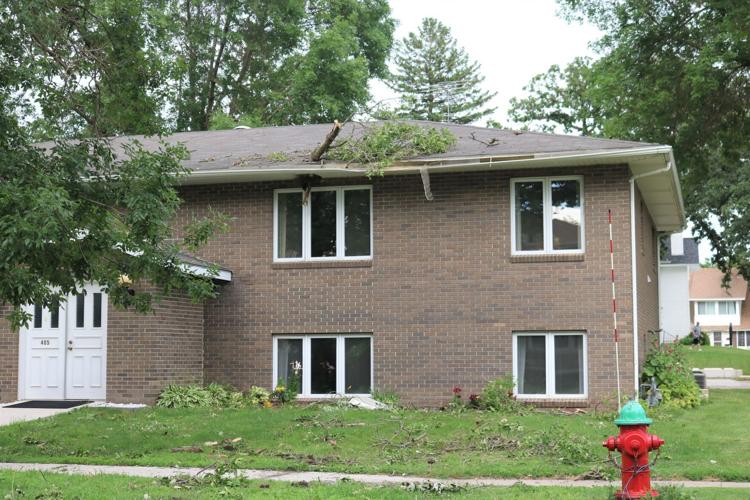 Forest City apartment damage from the Derecho storm is shown one block north of City Hall. 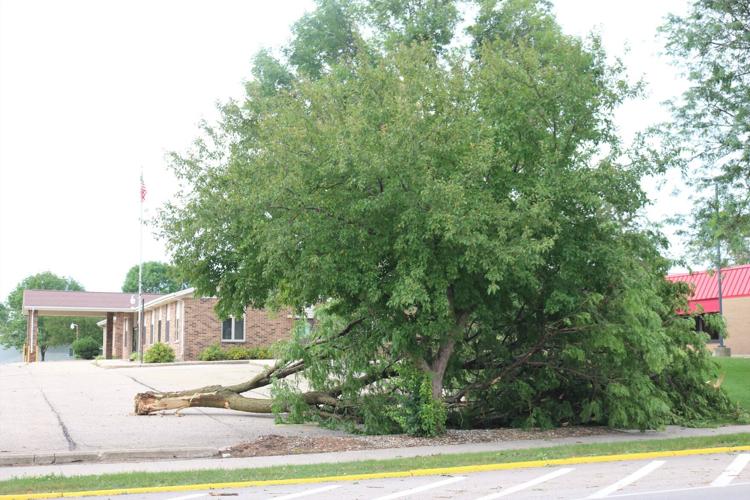 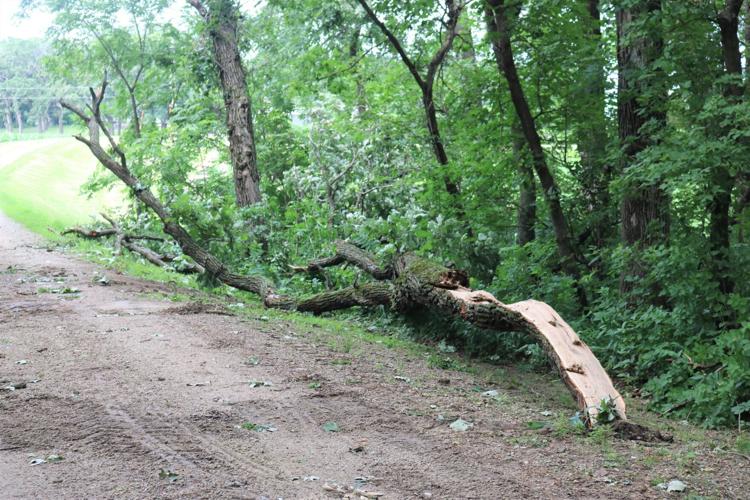 A downed tree was moved to the edge of a rural Winnebago County drive on the morning after the storm. 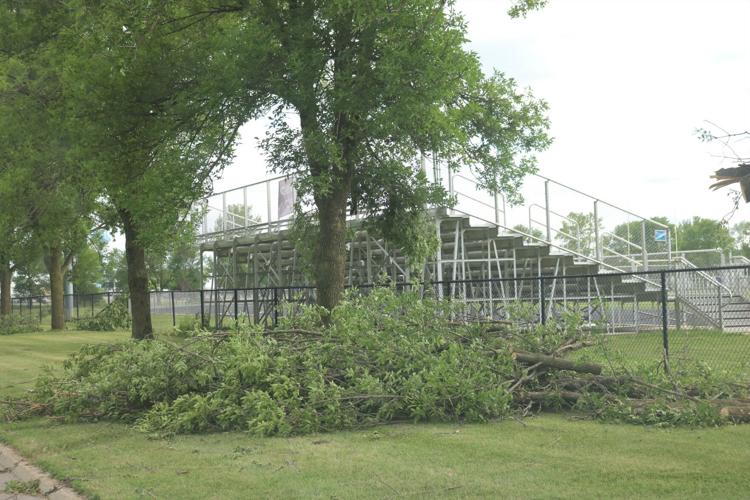 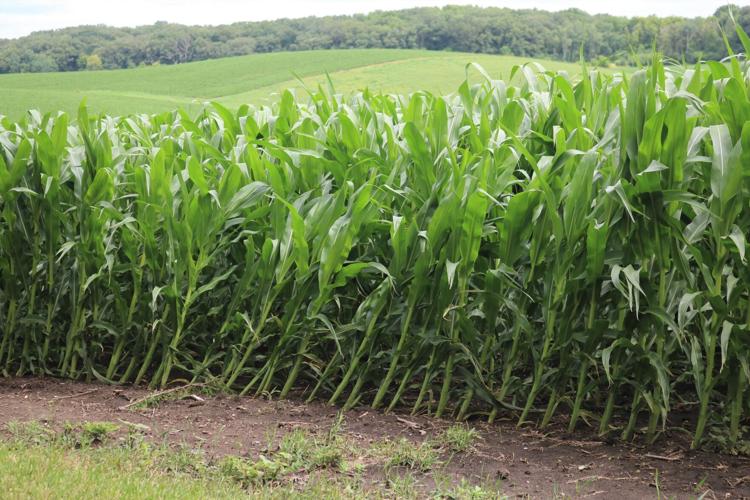 The edge of a cornfield in Leland was tilted, but still intact after the July 5 storm.

A widespread wind event, classified as a Derecho storm, swept across Winnebago, Hancock, and other Counties on the night of July 5.

Rod Donavon of the National Weather Service in Johnston said the storm would qualify as a Derecho under a recently lowered classification standard. On July 6, Gov. Kim Reynolds issued a disaster proclamation, including Hancock and Winnebago Counties. It allows the counties to use state resources for disaster cleanup.

The storm caused extensive damage to trees and crops in many areas of both counties, destroyed some farm and out buildings, and left some homes with ramifications as well. On the day after the storm, Hancock and Winnebago Counties Emergency Response Coordinator Andy Buffington said it appeared damage to homes in both counties was not extensive, but that some farm and out buildings were destroyed.

He noted that crop damages appeared to start in the Corwith area and migrate northeast from there, especially impacting areas west of Forest City and extending north to around Buffalo Center.

“Some areas were really worse than others,” Buffington said. “Lots of trees were down, a few structures were destroyed, but no residences, although there was some damage to residential structures.”

Winds ranged between 60-80 miles per hour as the storm rolled across both counties. One of the buildings that was destroyed was in south central Winnebago County, according to Buffington.

“It picked one up and threw it across the road to the neighbors, along with some belongings,” Buffington said. “That was in north central Hancock County. Around Garner, trees and power lines were affected, but by and large, people there missed the heart of the event.”

As for the cleanup, Buffington said the cities across both counties were doing an excellent job of keeping people safe and cleaning up.

“The cities got on it immediately, trying to do what they could to make sure, first, that streets were cleared.”

Forest City received the strong winds that brought down trees and tree limbs across town, but avoided utility-based power outages. Mayor Barney Ruiter reported that city crews were working until 11 p.m. the night of the storm to clear storm debris from city property and right-of-way areas. They were back on the job bright and early the next morning to ensure streets were open and remove more trees and limbs.

“It was just a ton of branches,” said Mayor Ruiter. “Anderson Drive has a house with a tree leaning on the back half. Apartments just north of City Hall have a tree limb through the roof. It was recycling day to add insult to injury, but everything went good and we kept power. It could have been worse.”

Ruiter noted that city crews having recently removed about 30 ash trees due to emerald ash borer infestation concerns helped prevent a bigger mess. He said those trees were dead inside and likely would not have withstood the wind. He described the activity at the city’s yard waste site as “non-stop” on the day after the storm, with residents bringing loads of tree limbs.

The Iowa Department of Natural Resources urged storm-ravaged Iowa residents to use caution when cleaning up their own damaged trees. The IDNR recommends wearing safety equipment, but not loose-fitting clothes when using a chainsaw. IDNR officials also recommend treating oak trees wounded from storm damage with a wound dressing such as acrylic paint to help prevent the spread of oak wilt. This can provide a barrier from the beetles that spread oak wilt, but will still allow the wound to breathe and start to heal.

Forest City apartment damage from the Derecho storm is shown one block north of City Hall.

A downed tree was moved to the edge of a rural Winnebago County drive on the morning after the storm.

The edge of a cornfield in Leland was tilted, but still intact after the July 5 storm.