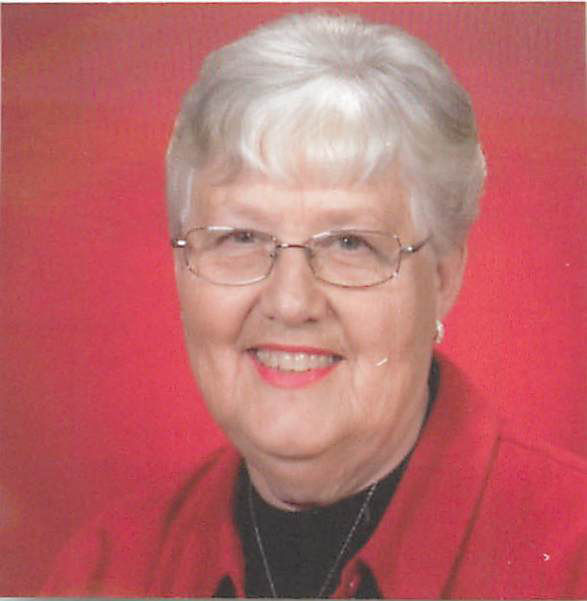 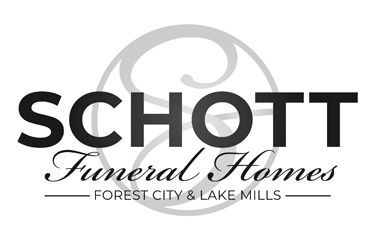 Susan J. Dontje, age 83, passed away at the Good Samaritan Center in Forest City on Sunday, November 1, 2020 due to complications of Dementia.

Funeral Services will be held at Immanuel Lutheran Church, Forest City, on Wednesday, November 4, 2020, at 2:00 p.m., with the Pastor Rod Hopp officiating. Funeral services will be livestreamed on the funeral home's website and also Schott Funeral Home Facebook page. Visitation will be held one hour before the services on Wednesday. A face covering will be mandated and social distancing will be observed for all attending.

Interment will be held in Harrison Township Cemetery at Swea City, Iowa following the services.

Susan Jane Dontje was born on September 22, 1937 in Luverne, Iowa to Frank and Sophie (Kutschara) Bentele and joined 3 older siblings. She was raised on a farm near Swea City, Iowa where she attended country school until the family moved into Swea City. There she met the love of her life, David Dontje, in the family's backyard. She graduated from Swea City Community School on May 21, 1956 and then a month later married David on June 24th. They recently celebrated their 64th wedding anniversary.

They made their home in Granada, Minnesota farming, when David was drafted into the Army in January, 1957. She moved to Fairmont to live with her sister and worked at Railway Motors. She soon then joined David in Fort Sill in Lawton, Oklahoma. While there, they were blessed with a son, Dale, in February, 1958. They returned to the Swea City area in January 1959 and farmed for three years. In December 1961, they were blessed with a daughter, Sheila, in Fairmont, Minnesota. They moved their family to a farm northwest of Forest City, Iowa on April 2, 1962 where they farmed for 40 years. Susan was a housewife, loving mother and worked side by side with David on the farm. She did everything from driving all sizes of tractors, hauling wagons of corn or beans in the fall, working dirt in the spring/fall, walking beans, running for parts, delivering meals and she kept meticulous farm records.

David and Susan wintered in Mission, Texas from 1980-1999 where they met many great friends. They traveled all over the United States including three times to Alaska, took trips to England, Scotland, Netherlands, Canada, Mexico, and Jamaica.

She was an active member of Immanuel Lutheran church (Sunday school teacher, circle leader, wedding hostess, trustee, and many committees). Susan was an incredibly organized person, loved to garden (had a green thumb!), and crocheted tons of afghans. Susan also loved travel, crafts, family history, taking pictures, bowling, watching basketball, collecting Barbies, Beanie Babies, and Dutch items. Most of all, her family was always first. She would attend every activity, ballgame, and concert that her kids, grandkids and great-grandkids were in until they couldn't.

Online condolences for the family may be left at www.schottfuneralhomes.com