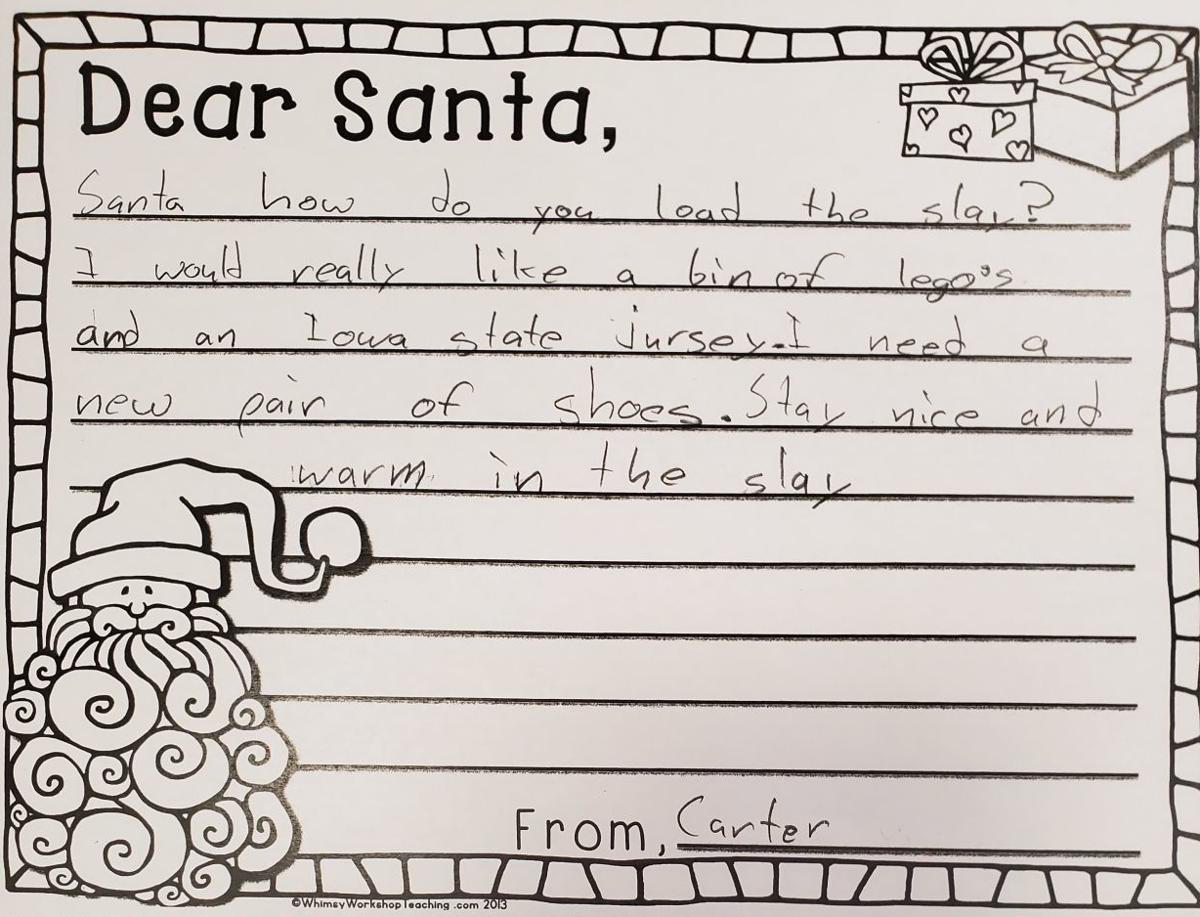 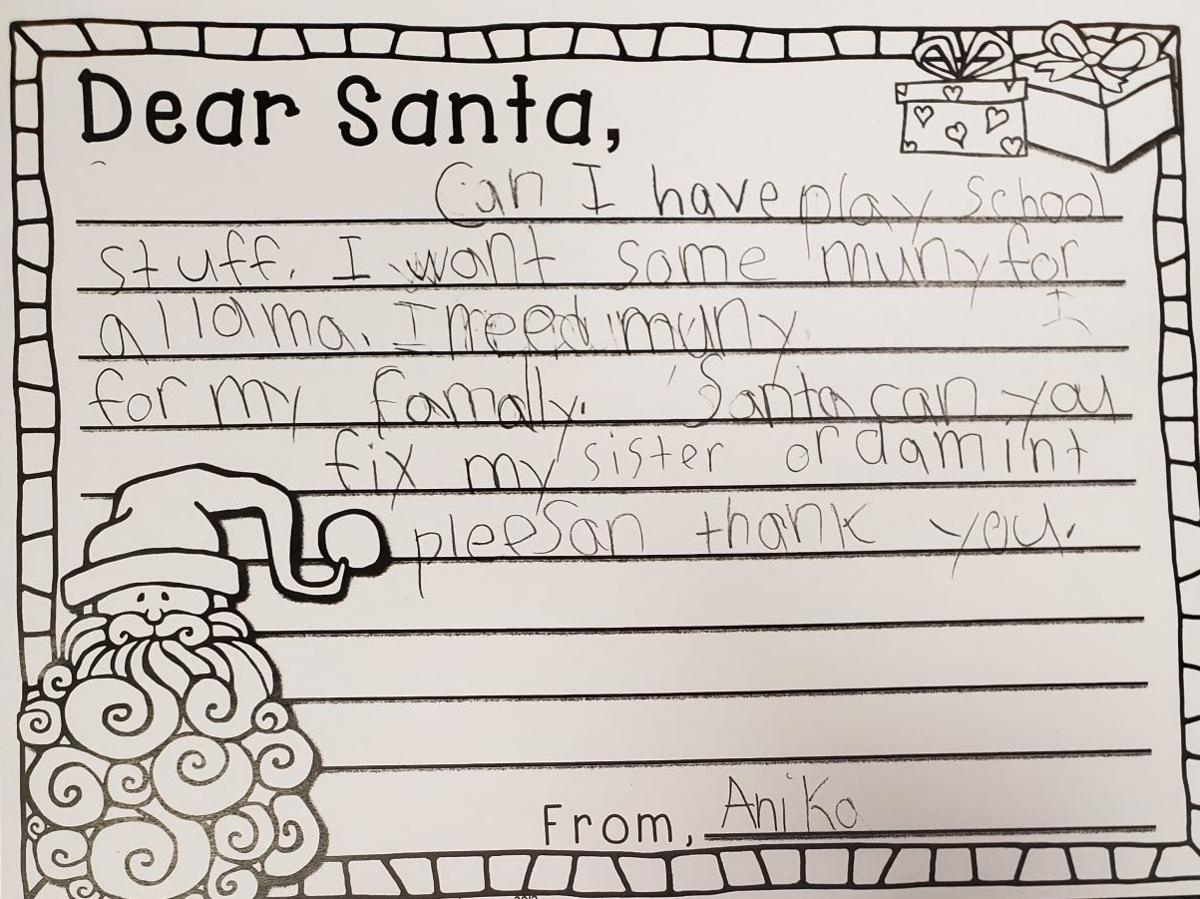 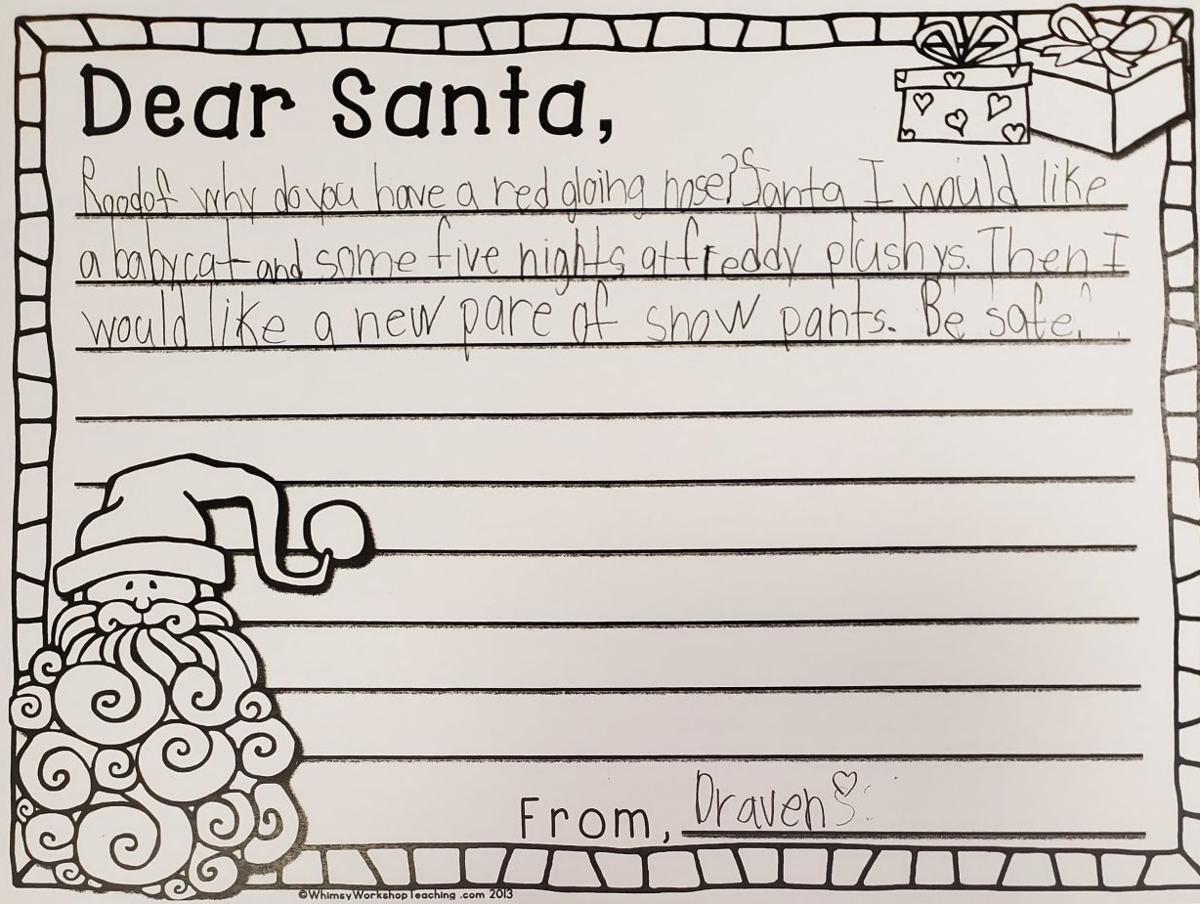 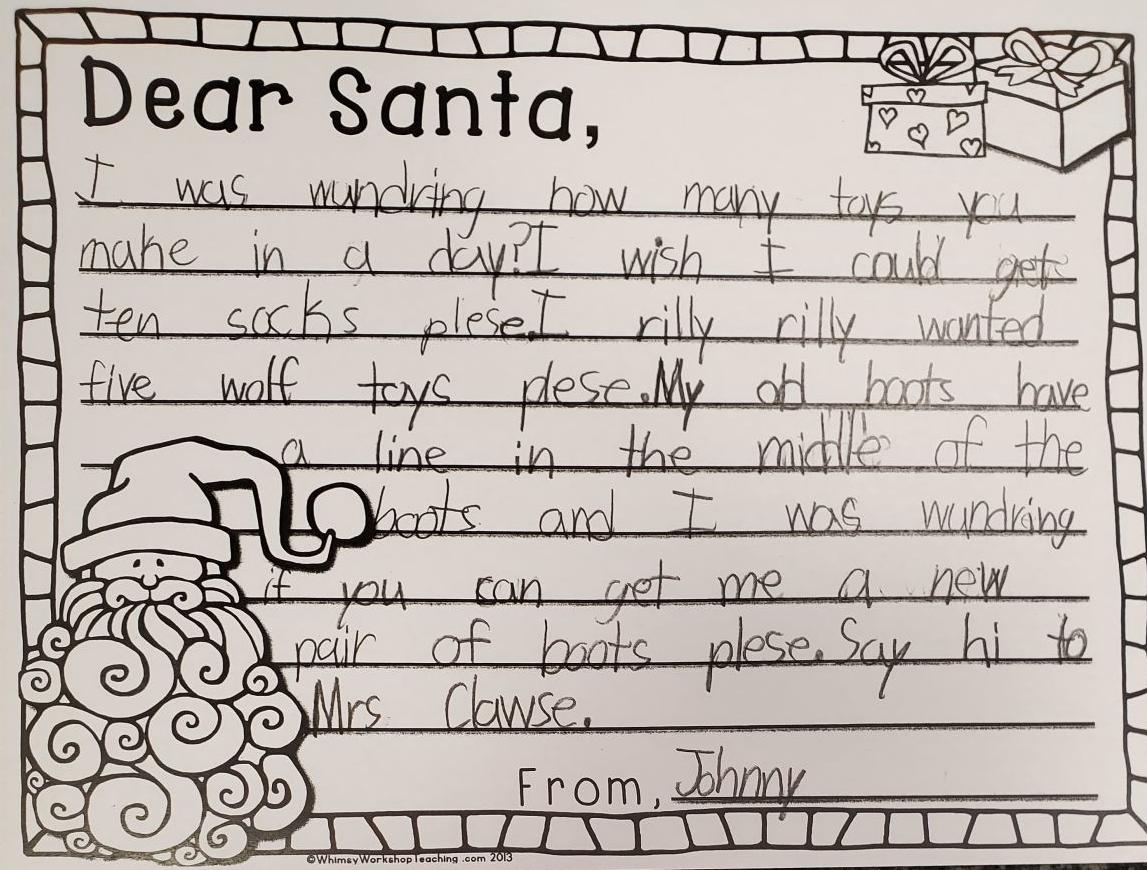 Where does roodof sleep? I wish for Minecraft game piece and a elf on the shelf piece. I need atletik pants plece and thank you. Have a nice day and don’t fall with the presents.

Santa how do you load the slay? I would really like a bin of lego’s and an Iowa State jersey. I need a new pair of shoes. Stay nice and warm in the slay.

Dose roodof have a red nose or a shiny red nose. Can I have a Amarikinggirl doll. Can I have a hijro glass. I need a new blanket with santa hats on it. I like your hat and your coat.

How is the elfs doing? I would like all of owl diaries books. I would like my own diarie and I need a new tablet. I hope you stay warm.

How do you get an elf on the shelf. For Christmas I would like a nintendo switch, and a giant minecraft Lego set. I am in needing for more ?Christmas lights. I like the presents you give me.

Roodof why do you have a red gloing nose? Santa I would like a baby cat and some five nights at freddy plushys. Then I would like a new pare of snow pants. Be safe.

Can I have play school stuff. I want some muny for llama. I need money for my famally. Santa can you fix my sister. Plees an thank you.

Does Miss. Claus have cousens? I need a new brush. I wish for a iphone and a galen of pink slime. Stay warm.

I hope you have a nice day. I want a new pillow plesee and I want a stat bord. I will give you some cookes and milk.

Is rodoff still on your team? I really want a skat bord. I also want a wolf dog. I need new chloes. Tell Mrs. Cluas I siad hi.

How do you get the presents made befor Chritmas? I wish for a pupy named Marly and a braslit. Thank you for prezents and joy.

Does your slay take fuel? I would like a gamming computure. I need a new a new ice fishing tent. I would also like a mouse that has a cord and numbers on one side. Don’t take to long to deliver presents.

I was wundring how many toys you make in a day? I wish I could get ten socks plese. I rilly rilly wanted five wolf toys plese. My old boots have a line in the middle of the boots and I was wundring if you can get me a new pair of boots plese. Say hi to Mrs. Clawse.

I would like a mermaid tail that I can swim in. I would like a real kitten cause my mom and dad wont let me get one for Cristmas. I need a chair and a desk for when i play teacher. I always prtened my American girl doll camper top as my desk and I use my American girl doll jeep with a pillow on top of the jeep as my chair it is not cumferble. Can you get me a raindeer picture?

Is it cold at the North pole with your suit on all day? I would like a new ring to go on my finger. I would like a camra like my mom’s. I need a flufy soft blanket to keep me warm. Have a good day.

Is red nose the rainder real? I want a big race track and a aletrick train.

I’m wishing for a white bord and white bord markers for it. I don’t care what color the markers are. I wold all so like colored pensells, markers, and normel pensells. Its question time! Why do you have ellfs and Mrs. Closs? How do your rain deer and Elfs fly? I hope you have a great and mery Christmas!

How do Elfs make toys and what do thay make them out of? I wud like to have a craft cit and wite bord markers. I wud also like to have a camra. Santa have a good Chrismas. I hope you have fun eating cookies.

Track Santa on his Christmas trip around the world