GARNER – Hancock County continues to move closer to demolishing the Annex building on the corner of State and East Eighth streets.

But as with leveling any public building, there are many i's and t's to be dotted and crossed.

The building has for years been on the county's capital improvement projects list. In early 2019, the county undertook some heavy spring cleaning, paying a vendor to remove light bulbs and giving county Maintenance Supervisor Kevin Hoeft the OK to clear out and dispose of electronics. Ultimately, more than 40 TVs and computer monitors were removed.

A public auction for remaining items of value was contemplated.

In June of 2019, an asbestos survey was ordered by the Board of Supervisors, and the asbestos was removed. Plans were made to shut off power by July 1.

Fast forward to the Sept. 28 supervisors meeting when the discussion centered around letting the bid to demolish the building.

County Engineer Jeremy Purvis expressed concern that expecting the project to be done yet this year would likely result in increased cost as most contractors will have already booked their work for the fall. The unanimously approved bid notes the project needed to be complete by May 28, 2021.

"That's going to get you a much more competitive bid," Purvis said.

County gets credit on garbage bill

Hancock County Supervisor Gary Rayhons noticed a problem with the county's Waste Management bill - it was substantially higher than it had been in the past.

While the county's contract with the garbage hauler included an increase, the bill still seemed out of whack.

And after reaching Waste Management, Rayhons discovered he was right.

Waste Management representative Jay Nieson came to the board's Oct. 5 meeting to let the supervisors know they'd overpaid about $6,757. Apparently, when the county and Waste Management signed a new contract it should've registered an overall lower rate than in previous years, but that was never reflected in the county's bills.

Nieson said he'd make sure the county was credited and that a new, correct invoice for October would be sent to the county.

The work included in the bid calls for capping the water and sewer lines, obtaining the proper permits, remove the building and dispose of the concrete – though landfill fees and truck hauling will be measured and paid separately to avoid padding the bill – and backfill the site.

Supervisor Gary Rayhons said he wanted to see the building gone but had two concerns.

"Where are we gonna put the things that are in there and where are we going to get the money to get it done?" he asked.

The second question was answered with a question from county Auditor Michelle Eisenman, who thought the county's buildings funds would cover the estimated cost. That dollar figure wasn't discussed on Sept. 28, though a 2003 quote obtained by the county put it at about $17,000 at that time.

He was charged by the supervisors to come back with concrete numbers for local storage – the consensus being that was the most cost-efficient choice.

At the Oct. 5 meeting, Hoeft had an answer. State Street Storage in Garner was willing to charge the county $50 a month for an 8-foot by 20-foot unit if it signed a one-year contract. It was also the only facility in the area that had an opening, Hoeft said, and the owner only planned to hold the spot open for the county for that day.

"I just think it's the way to go," said supervisor Jerry Tlach. "When we're done, we're done and we can walk away. And we're supporting a local business."

Absentee ballots for the General Election to be held on Nov. 3, 2020, are available now in the Hancock County Auditor's Office. Those who are … 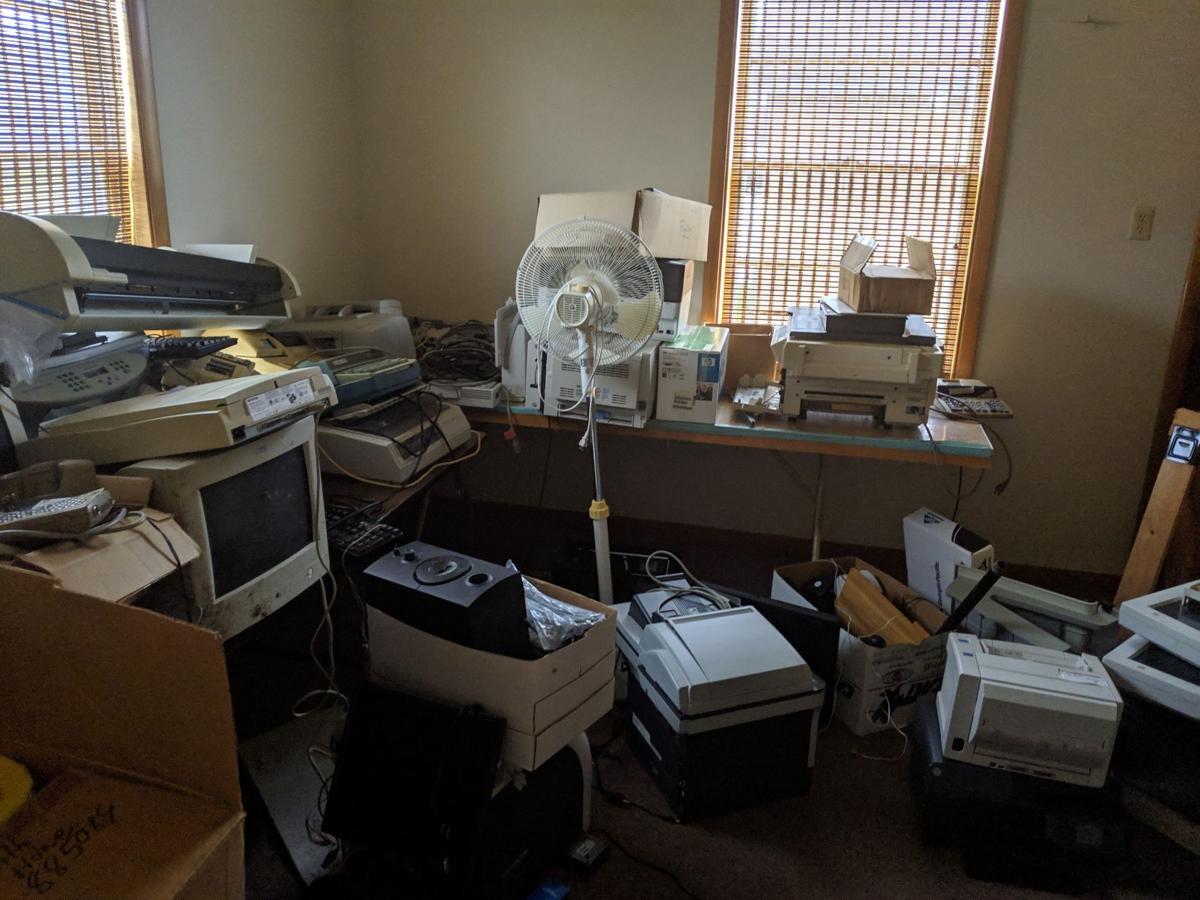 Piles of electronics filled a room in the Hancock County Annex in Garner in 2019. 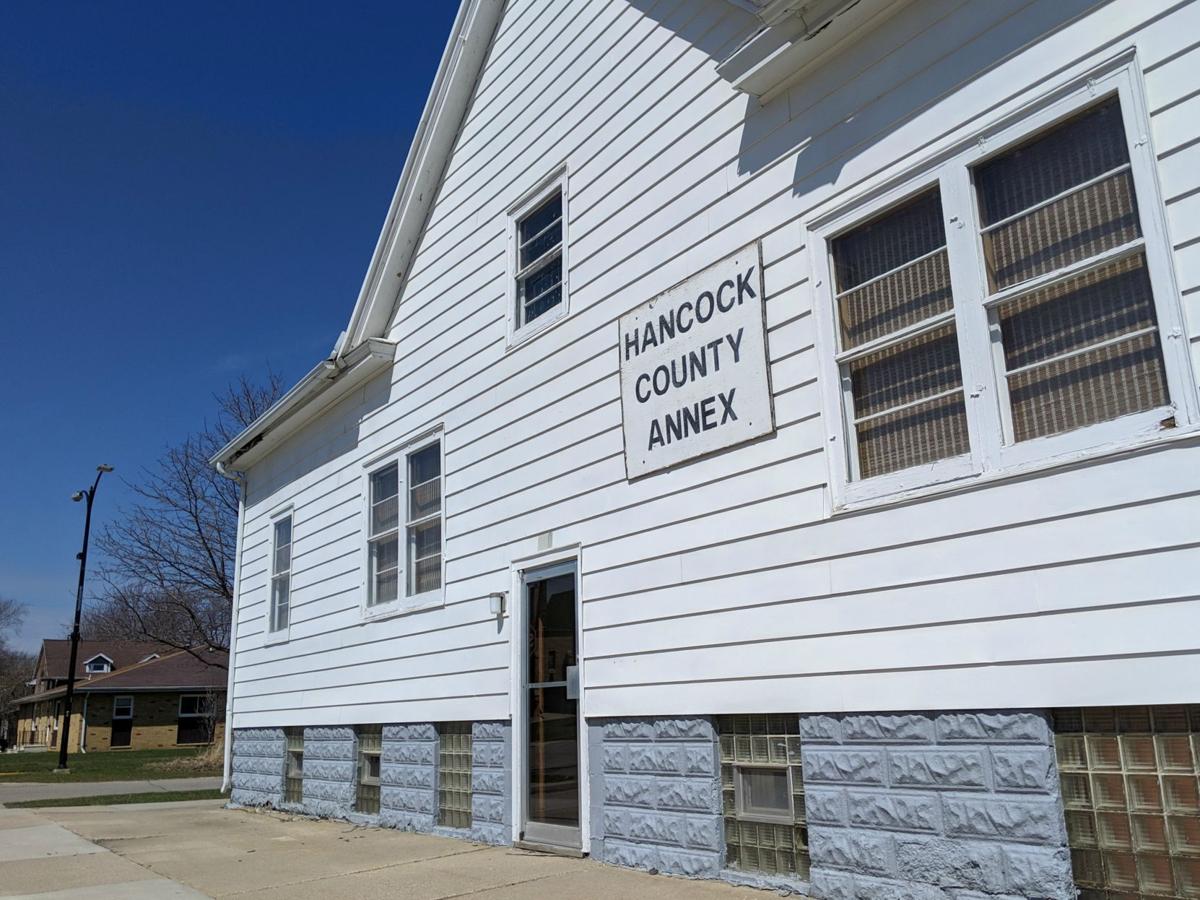 The Hancock County Board of Supervisors approved a request for bids at its Sept. 28 meeting to demolish the county's Annex Building. At its Oct. 26 meeting, the board approved a bid from Yohn Co. in Clear Lake to take the building down.