The Latest: Bloomberg team quick to respond online to debate 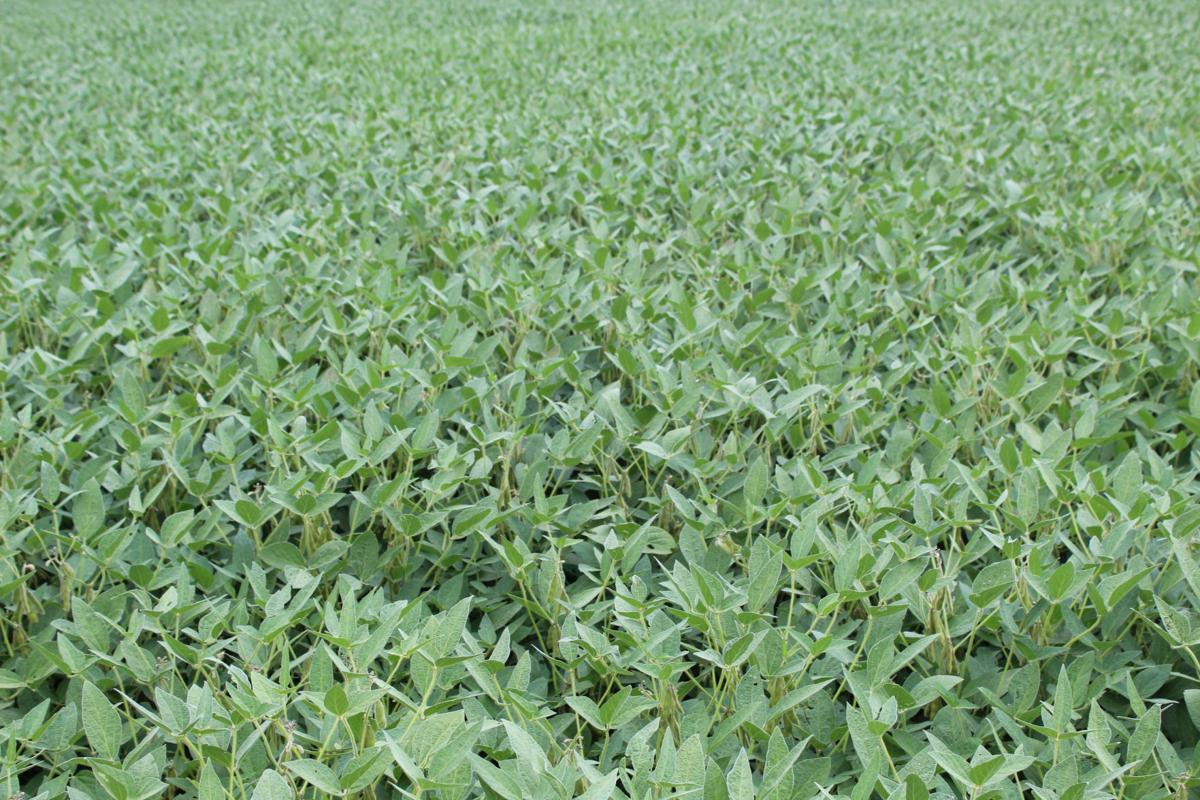 One of Wayne Frederick's soybean fields in Mitchell County. 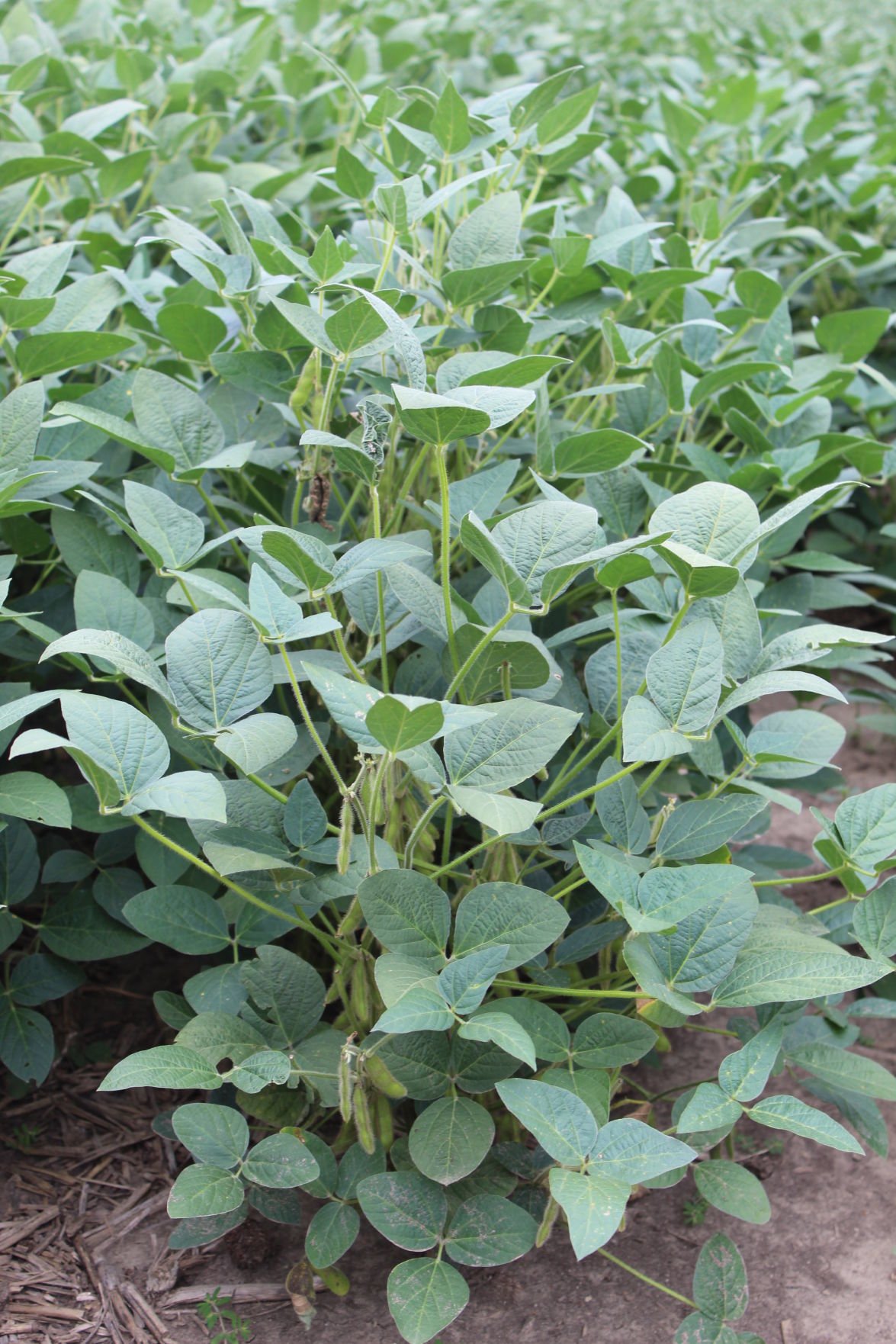 A close-up view of a soybean plant with several pods.

According to Wayne Fredericks, a director with the American Soybean Association, depressed soybean prices are not just related to the ongoing trade war with China, but other factors are entering into the lower prices.

“Basically we are fighting multiple things,” Fredericks said. “We have had a record number of years with good crops and production is up worldwide. Today, we have nearly a 950 metric ton carryover for soybeans. Also the renewable fuel tax-credits expired in 2018 and Congress has failed to reestablish it.”

He added, “The demand for soybeans is dropping off and the market is reflecting it. African Swine Flu in China and surrounding countries also creates less demand for soybean oil meal for livestock feed. There are also unfinished trade agreements and tariffs.

“The recent corn reports are so overly bearish it took soybeans prices down with it.”

However, Fredericks said he believes there may be an upside for future markets.

His optimism follows the recent Pro-Farmer crop tour, which is the first major infield estimation of crop yields for 2019. The tour estimates corn yields will be down five bushels per acre compared to the USDA’s August estimates. Despite lower yield estimations, which was based on pod counts, the market has reacted sluggishly.

Fredericks echoed the crop report, “The crop is behind and the continued cool weather doesn’t help. We need heat units and temps being in the 50s at night is no good.”

Experts also caution soybean maturity is directly related to sunlight. As days shorten, soybean maturity slows, which translates into fewer pods and affects the size of the beans. The ongoing question is, “What will happen if an early frost comes?

For producers, higher prices at the expense of lower yields is a double-edged sword.

Fredericks said, despite the China trade problem, the U.S. is developing new trade agreements. “I think the USMCA (U.S., Mexico, Canada Agreement) is getting close,” he said. Though we backed away from the TPP Agreement, which I always favored, we are going back and doing bi-lateral deals with these counties. We are close to reaching an agreement with Japan, which is one of our top ten soybean export markets.

“We are changing players and are dealing with smaller markets.”

Fredericks said though Brazil and other South American countries’ beans have replaced some of U.S. sales in China, U.S. exports are now picking up in other countries. “We are making marketing investments in India, the Middle East and in Central and Latin America,” Fredericks said.

He added two of the American Soybean Association board members are working with the World Initiative for Soy In Human Health (WISHH).

“WISHH goes in and helps to improve human diets,” Fredericks said. “Along with plant foods like soy milk, they encourage bringing poultry and other animal proteins into human diets, which creates a need for soy protein for livestock.”

The organization is working in Africa, Asia, Pakistan, Afghanistan and other nations, according to Fredericks.

Speaking on Chinese trade, Fredericks said, “The Chinese are acting like the Chinese. We thought there would be a deal done in May, but they pulled out of it. With all the problems we have had with China, they are still the biggest importer of soybeans we have.”

Another positive impact on international trade is recent livestock feeding trials. “In field trials overseas, our soybean meal does as good or better, than higher protein Brazilian beans,” he said, “because our beans have a better amino acid balance.”

Domestically, a special type of high oleic soybean oil is now being used in asphalt production for both roads and shingles.

“The fundamentals of soybeans is quite attractive with the reports on potential production,” Fredericks said, “especially if yields are further slashed. That could have a very positive affect on markets.”

DES MOINES — Harvest usually is an upbeat time for Iowa farmers such as Lance Lillibridge of Vinton. But this fall, maybe not so much.

One of Wayne Frederick's soybean fields in Mitchell County.

A close-up view of a soybean plant with several pods. 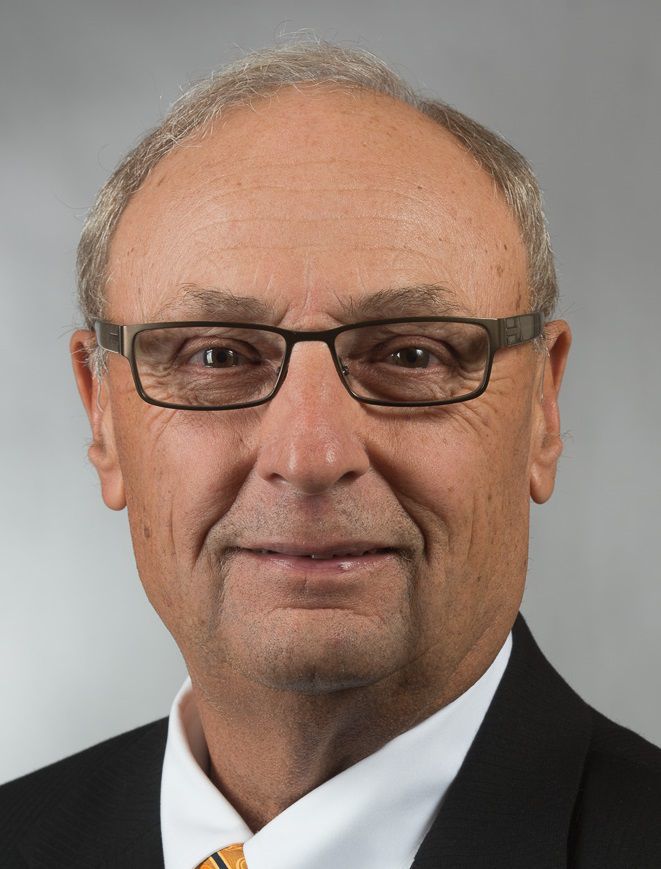