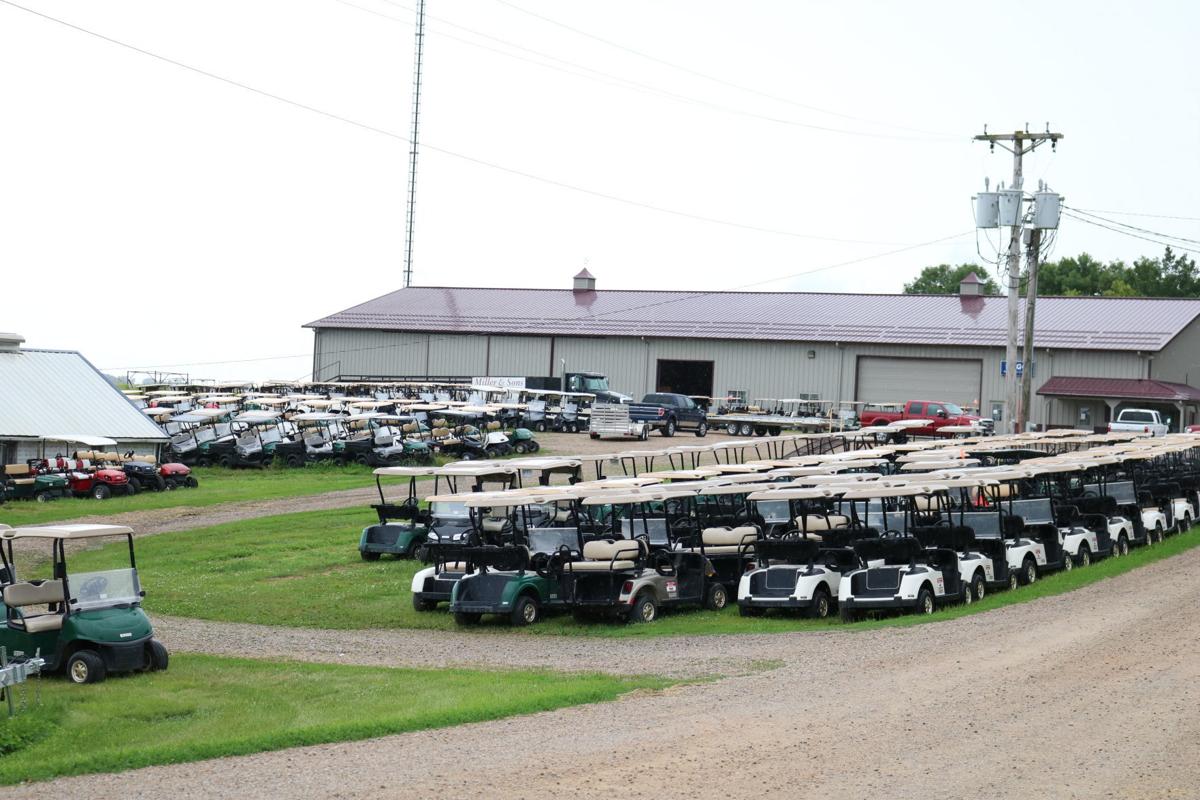 Miller and Sons Golf Cars sits on the south end of Britt on James Avenue. 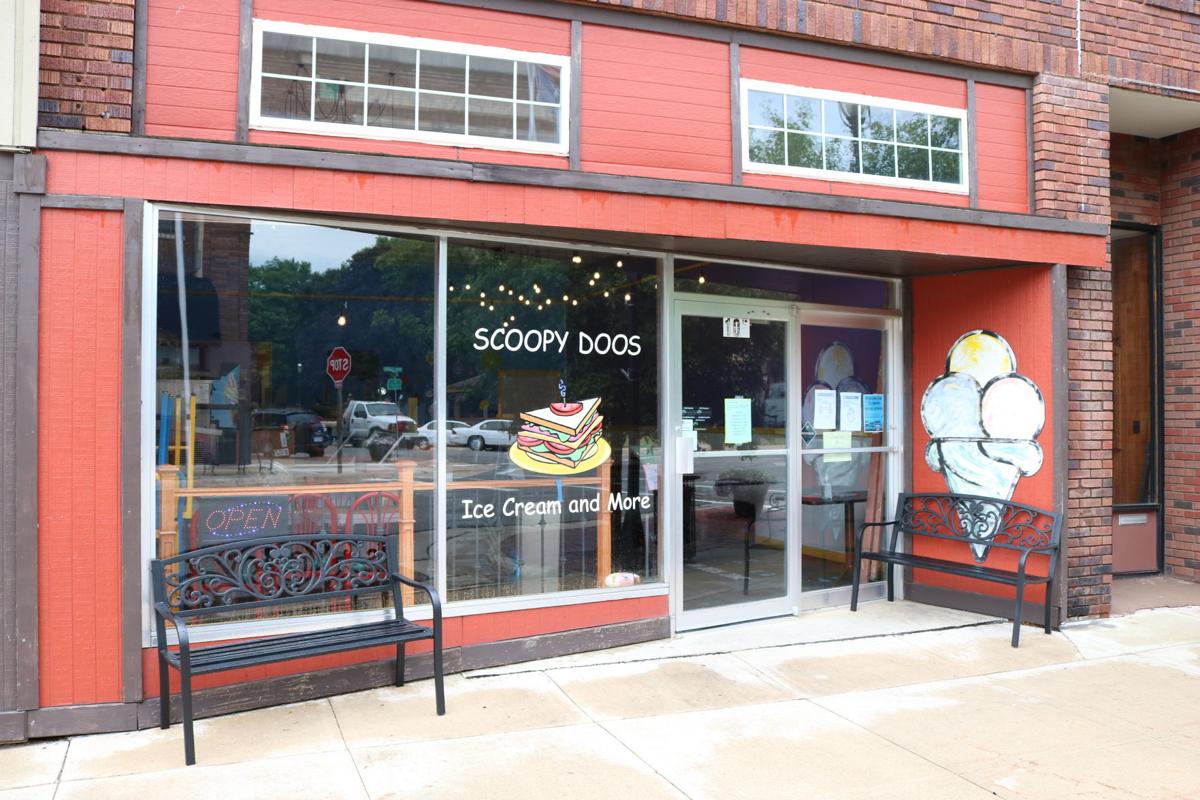 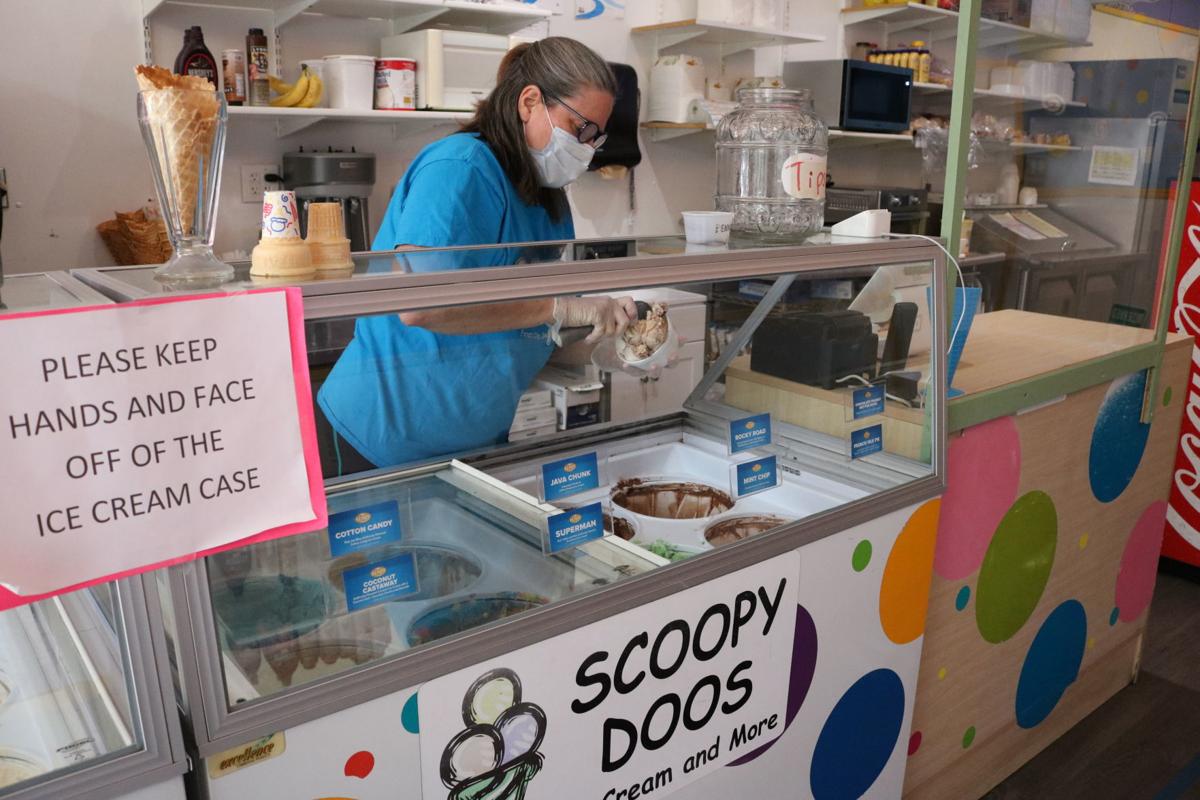 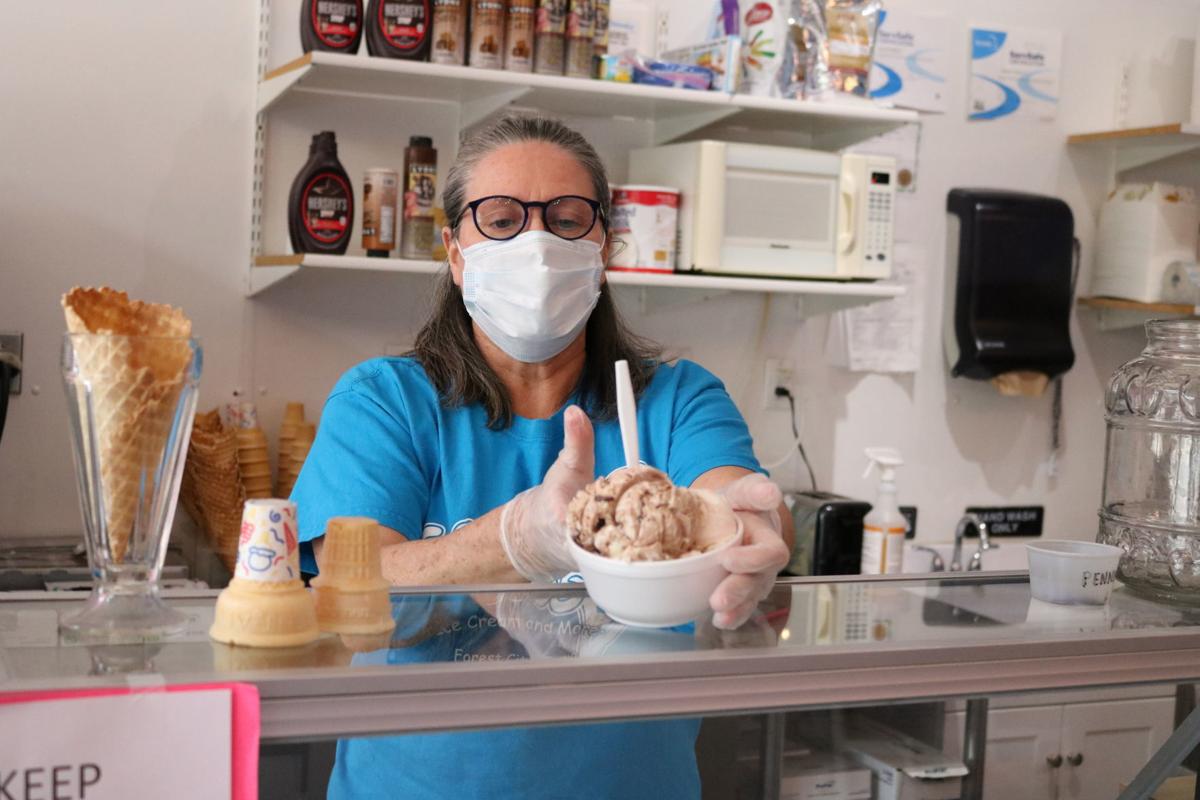 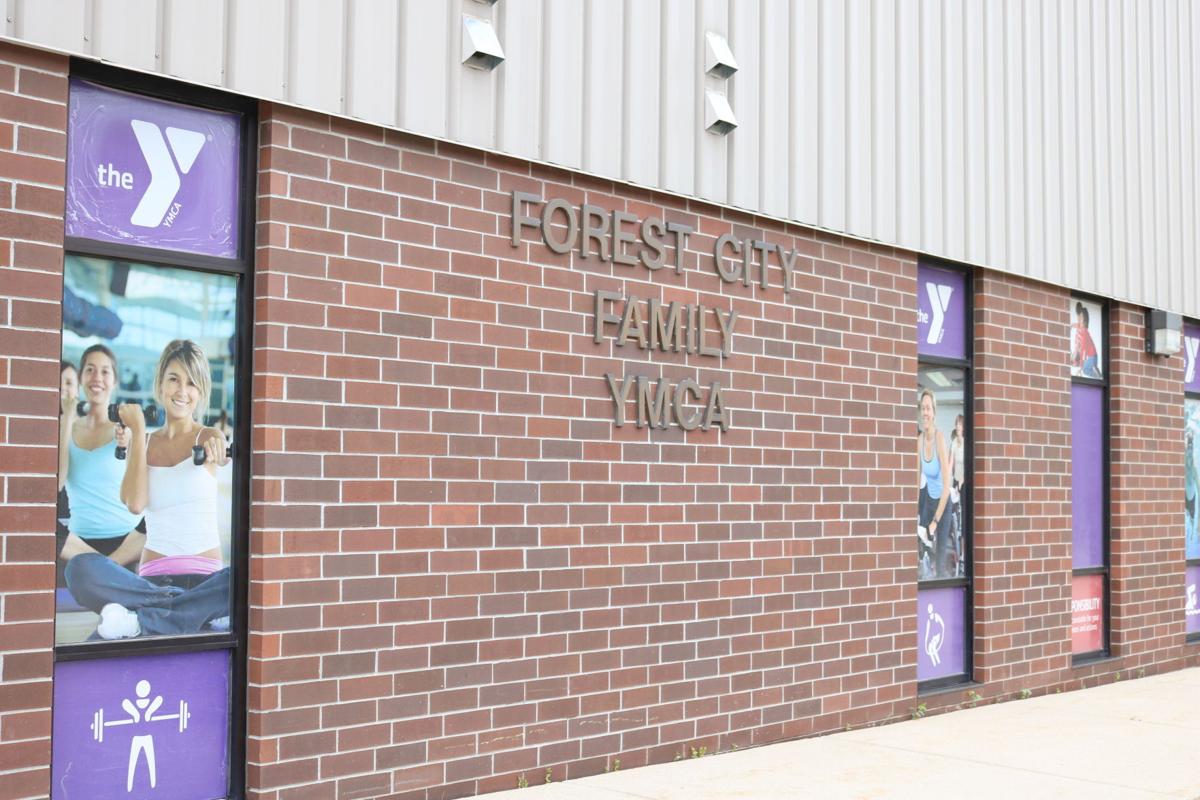 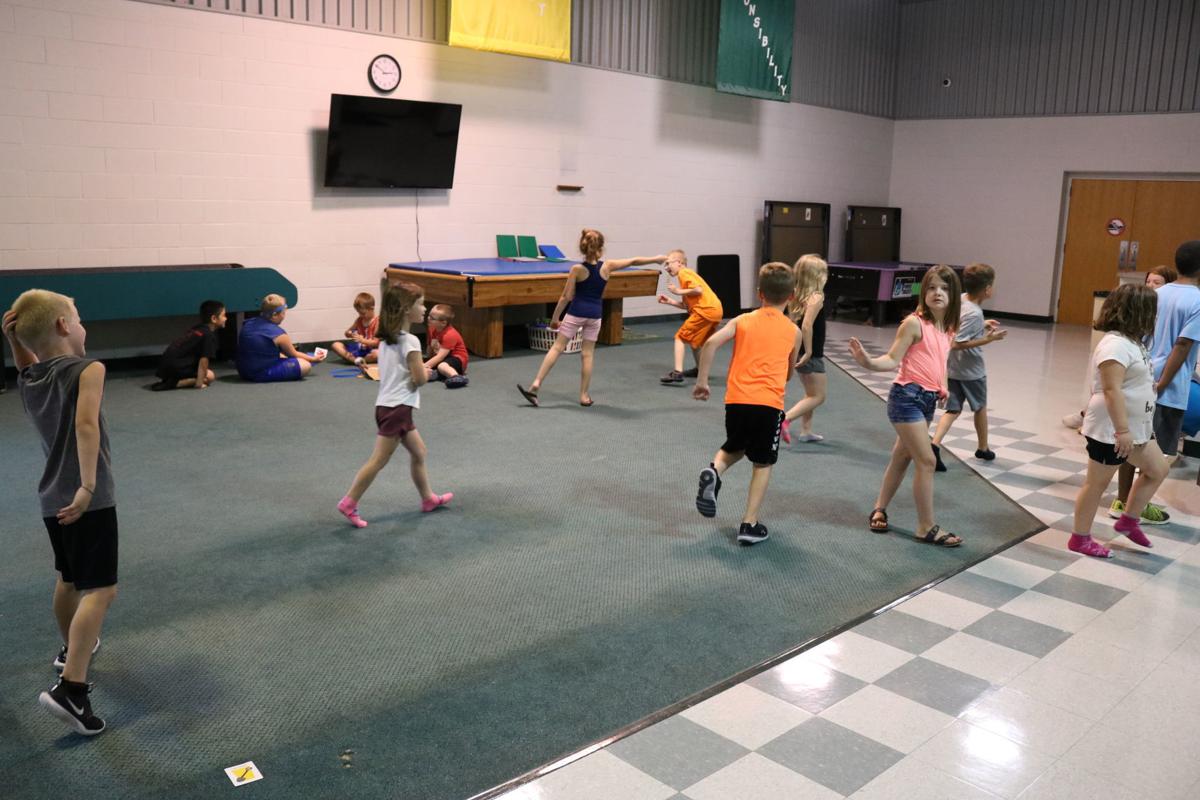 Kids in the YMCA childcare move from one side of the room to the other. 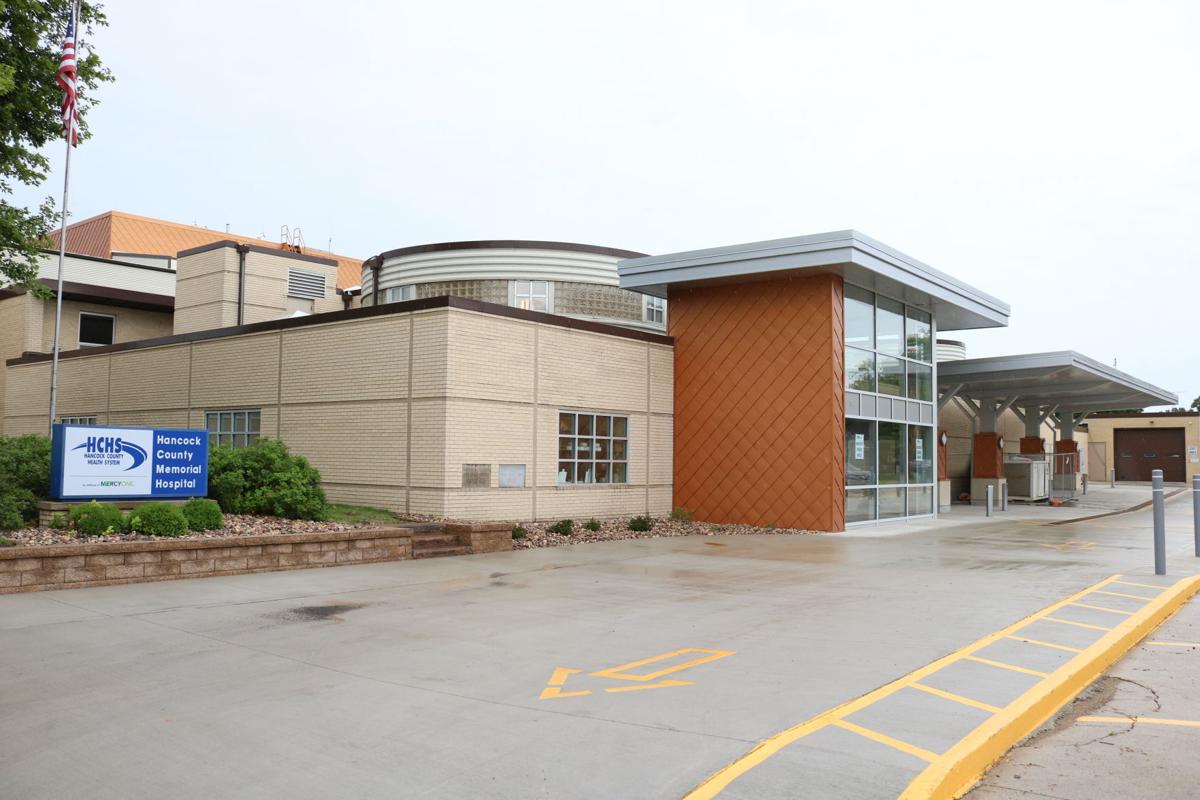 Eighty Britt businesses and 125 Forest City businesses have received money from the federal Paycheck Protection Program, helping them bring back employees and pay their rent or mortgage and utilities during the economic slump of the COVID-19 pandemic.

The U.S. Small Business Administration and the Treasury Department released detailed  data regarding loans made under the Paycheck Protection Program, according to the press release from the SBA.

Information on each of the 4.9 million PPP loans granted were included in the released data.

Secretary of the Treasury Steven Mnuchin said 27 percent of the program’s reach was in low- and moderate-income communities, and the average loan size is about $100,000.

In Forest City, 112 businesses received loans of less than $150,000 for a total of $2.43 million in small loans going to Forest City businesses, retaining 462 jobs.

Scoopy Doos Ice Cream and More in downtown Forest City was one of these businesses that received a small loan.

Owner Julie Keely said she received the small loan at the end of April and used it to bring some staff back since she was working by herself to make ends meet.

“I was able to bring staff back, and it was able to help me pay my rent and cover some of those things for a few months, but it was a very small amount,” she said. “It certainly didn’t help with the amount that we lost due to business not being here.”

Scoopy Doos is open for carry-out only due to the restaurant’s small size and set up a flow system for customers to come in, order and pay and wait for their orders, but Keely said they are still “limping along” because of the decrease in business from canceled events.

“Everything that we count on for our income over the summer has been canceled, so there’s nothing,” she said. “There’s no out-of-town people coming, there’s none of that. So we’re just counting on Forest City to come in and get an ice cream cone every once in a while.”

Keely said the PPP loan was a nice thing and she hopes the hoops she’ll have to jump through to verify she used the loans the way they were intended to be used will not be as difficult as she thinks they may be.

“I’m just hoping they loosen those up a little bit so that we can do what we have to do to get through this,” she said.

These seven businesses alone will have retained 556 jobs combined in Britt.

The Hancock County Health System received nearly $2 million on April 20 and was able to retain 186 jobs.

HCHS Chief Financial Officer Julie Damm said they haven’t used the money yet because they are in the middle of a 24-week period of which they need to keep the same number of employees at the beginning and end to be able to use the money.

At the end of the 24 weeks, the loan will be completely forgivable, and Damm said they will use it to pay for salaries and benefits for its nearly 200 employees.

“We are very grateful that we were able to receive this paycheck protection program, that it was available for us, very grateful,” Damm said. “We had been greatly impacted by this COVID-19 pandemic.”

Miller and Sons Golf Cars received between $150,000 and $350,000 on April 9, enabling owner Skip Miller to retain 160 jobs, using the money almost entirely on employee wages as well as rent and employee insurance.

“In the first part of March and April, when COVID-19 hit, everything slowed down dramatically, and so it gave me some confidence to not have to make any knee-jerk reactions,” Miller said. “We have very, very good employees, and my focus was on making sure that they were taken care of.”

Miller said the rental business has suffered dramatically, so the company will have to make a lot of decisions to brace themselves for next year.

Miller and Sons Golf Cars has a distributorship for Iowa, Nebraska and South Dakota for golf course fleets, a retail business and a substantial rental business in which they rent golf cars for golfing, fairs, tournaments and motorhome rallies, but with the state fair and most county fairs canceled, that part of the business has come to a near-standstill, Miller said.

With the help of the PPP loans, though, Miller could keep his staff while the company navigated through the economic challenges.

“It helped us get through the period of uncertainty,” Miller said. “Retail sales have picked up dramatically, so it was very helpful.”

The YMCA received just over $200,000 on April 7 and was able to retain 94 jobs, according to Executive Director Bruce Mielke.

Mielke said the loan was fairly well-regulated on how they could use it, so they used it on payroll, utilities and any rent or lease payments.

Though the PPP loan helped offset the payroll and cash flow, it was not enough to free up some money for some programs, as the YMCA was either not operating or just operating very little with nearly no programs and was even closed for seven weeks, only offering childcare with the support of the loan, Mielke said.

“Even though there was some monies coming in, it was nearly not what it had been,” he said. “We dropped down to [childcare] was the only thing we were doing for seven weeks. The actual facility was closed, but we were running child care.”

The YMCA is slowly building its staff back up with the help of the extension to the end of the calendar year to meet the requirement for the loan to turn into a grant, according to Mielke.

In addition to bringing staff back, Mielke said they also used some of the loan as hazard pay for the childcare workers, paying them a premium to continue to work and provide childcare during the pandemic.

Mielke said they hope to reopen the facility the way it had been, with some modifications taking into account social distancing, with a full slate of programs available.

“We would hope to have a full slate of programs that people could come in, when they come to the Y, choose which activities they would like to do independently or take part in a program; it’s just that they may look a little different,” he said.

While the COVID-19 pandemic has forced many state and county fairs to cancel, the Hancock County Fair will still go on and the Winnebago County Fair will be open only to 4-H and FFA events and participants.

See how your area responded to the 2020 census:

When J&D’s Hob Nob on Main Avenue in Britt closed Aug. 31, it wasn’t the end of the old restaurant and bar; it was merely the start of a new chapter.

Though the Britt City Council has not yet put any regulations on the food trucks coming through Britt, they said they will keep an eye on it and see what happens for the rest of the season.

Forest City has sold 2 acres of land to NIACC for building the Northwest Regional Career Center.

Iowa Democrats are launching a one-stop shop for voters to learn about what they call Sen. Joni Ernst’s six years of political corruption and failure to fight for Iowans in Washington.

The Britt Night Cruise will be the first big event of the year in downtown Britt on July 15 from 6 to 9 p.m.

Reliance State Bank of Garner has pledged a gift of $13,500 to the Hancock County Health System Foundation’s "Building for Your Future" campaign. The capital campaign is raising funds to help support the renovation of HCHS's Surgical and Emergency departments.

Reliance State Bank's gift reflects the largest corporate gift to date that the HCHS Foundation has received for this project.

“As an employer and as a community member, I recognize the importance of outstanding health care to our community. Supporting this expansion is the right thing for economic, humanitarian, and personal reasons. We’re proud to be a part of this worthy project and encourage other area businesses to support the renovation as well,” said Bill Paulus, president of Reliance State Bank.

The HCHS Foundation launched a capital campaign to support the $8.4 million renovation, but, according to DeAnna Kelly, HCHS Foundation board chair, it did so quietly with respect to concerns brought on by the COVID-19 pandemic.

To date, the HCHS Foundation has raised approximately $119,000.

“Through the years, the banking community has been at the forefront of supporting HCHS,” Kelly said. “Once again, they are among the first to step forward to support a critical community need. We are grateful for their ongoing generosity and commitment to the people we serve.”

If you or your business is interested in donating toward the expansion of surgical and emergency services in Hancock County, please call Jodi Ball, HCHS Foundation director at 641-843-5150.

Miller and Sons Golf Cars sits on the south end of Britt on James Avenue.

Kids in the YMCA childcare move from one side of the room to the other.