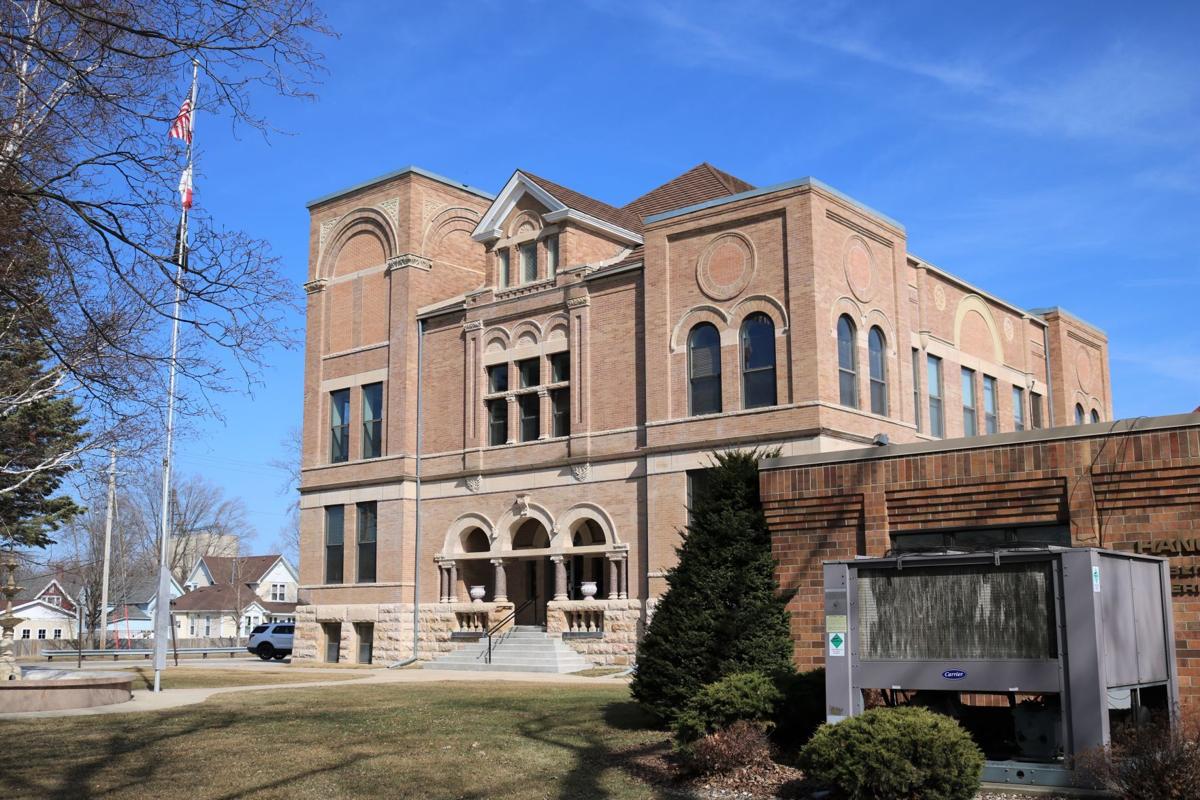 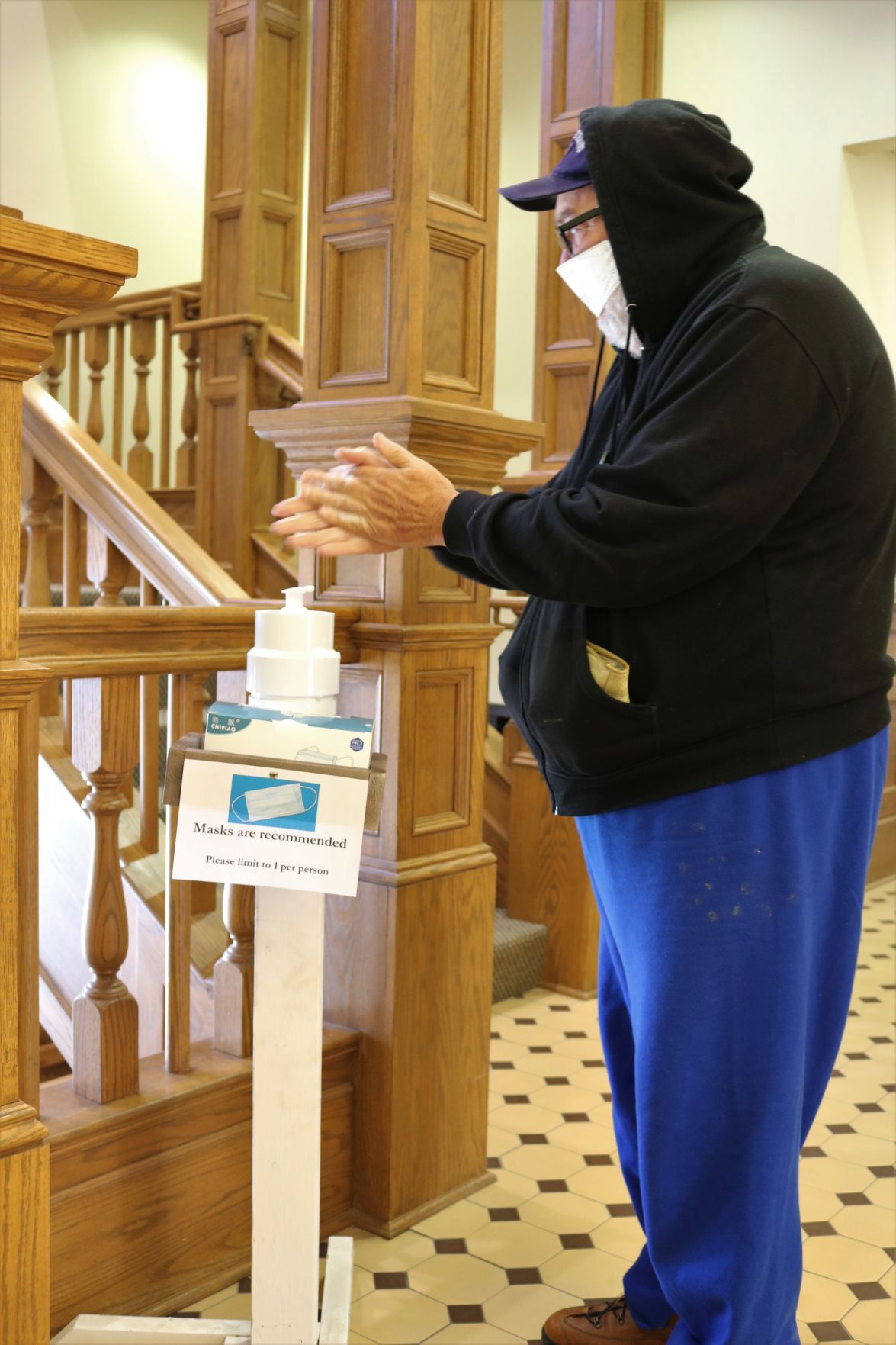 New carpeting is planned for the interior of the Hancock County Courthouse.

It’s not easy to repair old courthouses. Just ask the Hancock County Board of Supervisors, who are addressing the needs of their historic county jewel both inside and outside.

With plans to address weathered window sills and new carpeting on all three floors of the courthouse building already approved by supervisors, they tried to determine a best course of action for the men’s and women’s basement bathrooms on April 19. Two toilets in the men’s restroom and one in the women’s restroom are tied into the same line.

The maintenance department informed them that three toilets in the two restrooms have been clogging up every week. They are trying to decide if it is time to do more than just update the appearance of both rooms. They asked maintenance officials to have the line scoped for visual evidence of what the issue is and whether the plumbing line can simply be snaked or lining installed to ease flow of sewage.

If there is a larger issue such as a joint badly corroded and clogging, the concrete floor that houses plumbing and electrical conduit may need to be jack hammered for a permanent solution. Supervisors will revisit the issue at their April 26 meeting.

• Emergency Response Coordinator Andy Buffington provided information on contract prices for an emergency generator that would serve both the Hancock County Law Enforcement Center and the courthouse. He said a Kohler generator at a cost of $54,822 plus freight and startup costs ($58,822 total) is worth consideration. Several other alternatives are also competitive for the county’s needs, he noted.

• Supervisors also discussed the need for server space with Sheriff Rob Gerdes. It will be needed for the phased implementation of about 30 security cameras around and throughout the courthouse and law enforcement center. Wiring for cameras could be done along with upcoming courthouse renovation.

• County engineer Jeremy Purvis informed supervisors that, through NIACOG, he was asked to submit Hancock County’s B20 resurfacing project (pet farm blacktop) that is scheduled for next year to be considered for potential federal funding as a Member Designated Project. It just happens to be that the county has a STIP project that has already been approved, which can be easily submitted under a tight deadline. The Board of Supervisors verbally authorized a letter of their support.

• Purvis also announced the hire of Matt Brandt as a new employee at the Woden Shed, starting April 28. Brandt has been at Corwith Red Power for the past 20 years.

New carpeting is planned for the interior of the Hancock County Courthouse.