NIACC freshman cross country runner Sarah Bertry ran the fourth-fastest 5K time in program history on Saturday at the Grand View open, as she finished the race with a time of 19:12.

Bertry's time comes in behind Hannah Palmeter, Anna Buenneke, and Paula Jimenez for the mark of fastest Trojan ever. Palmeter set the program record with a time of 17:51 back in 2014, breaking the previous record of 18:15 that had been set by Buenneke in 2011. Last season, Paula Jimenez placed third all-time in team history with a time of 18:40.

Iowa Central runner Chloe Lenoir finished first at the meet with a time of 18:40.

The NIACC men's cross country team placed second at the season-opening Grand View Open on Saturday, as the team's 56 points were good for runner-up against Iowa Central, which scored 25 points.

Trojan's freshman Melvin Kipkemboi was the team's top finisher, with a third-place finish, and a time of 16:02. Iowa Central runner Kelvin Bungei placed first, at 15:17.

Andrew Huber nearly set a program record on Saturday for the Waldorf cross country team, finishing just five seconds off the program best-time of 17:22, with a time of 17:27. The time was good for 23rd overall. For his performance, Huber was named the North Star Athletic Association Cross Country Runner of the Week.

"I’m glad to get the first race out of the way and to shake the rust off,”  head coach DJ Wolfram said. “This is our first time in uniform racing as a team in over half-a-year. The exciting thing is we’re starting off faster than we did to start the season last year.”

On the women's side, Alana Wickering and Naomi Alvarez finished with identical times of 22:07, good for 18th and 19th overall, respectively.

Waldorf will run again on Saturday, at the Fighting Bee Invite at St. Ambrose.

The Mason City swim team struggled against state champion Dowling Catholic on Tuesday night, but had many season-bests.

Waldorf soccer cancels next three games due to COVID-19

The Waldorf University men's soccer team has cancelled its next three games after three players tested positive for COVID-19. 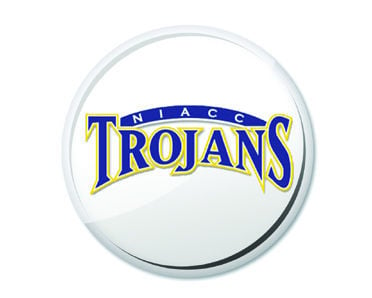