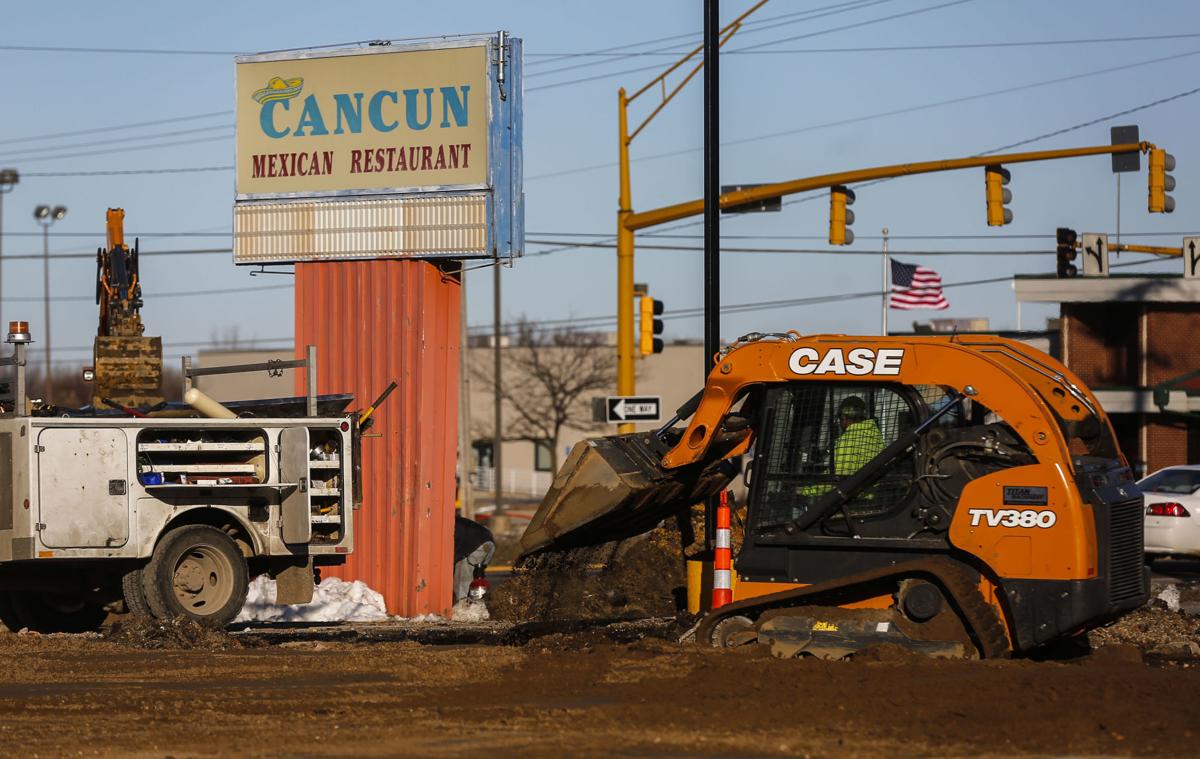 A worker flattens the dirt left in the footprint of the former Cancun Mexican Restaurant as a crew demolishes the building on Wednesday in Mason City. 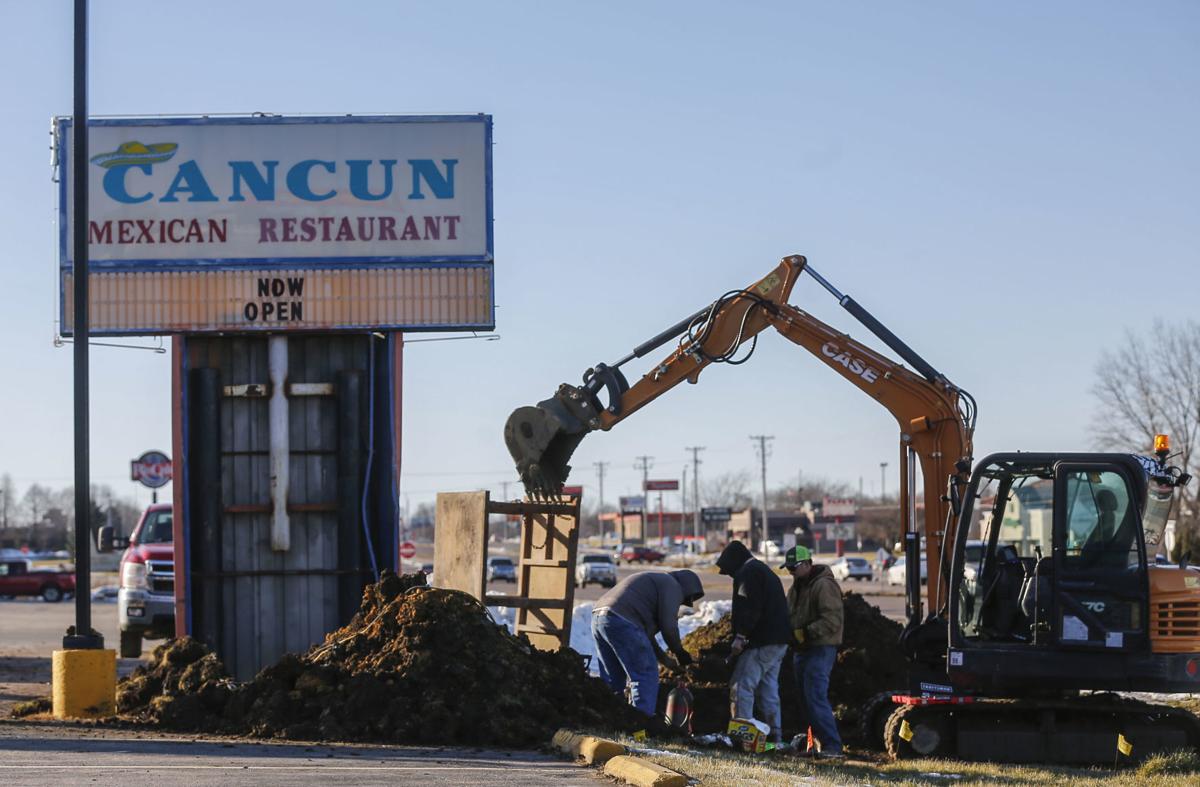 Months after the Cancun Mexican Restaurant in Mason City closed, in part to make way for the related Plaza Morena, the storefront at 2751 Fourth St. SW has been demolished.

In May, as work was still being done on Plaza Morena, owner Raul Torres suggested that both restaurants would be viable because each would have its own niche. But that's not what happened.

While Plaza Morena has continued, both Cancun restaurants in Cerro Gordo County have shuttered.

Back in October, construction work began on a new health care facility in Clear Lake that would open at the former Cancun location at 1801 U.S. Highway 18 E. That location closed earlier this year and the property was sold to QVS Holding LLC for $420,000 in July, according to Cerro Gordo County property records.

According to Mason City Director of Development Services Steven Van Steenhuyse, no project is planned, at this time, for the former Cancun location at 2751 Fourth St. SW.

Demolition permits of the 75 foot-by-56 foot commercial building were taken out on October 29 by "The Run Properties" for $185.75 and Navratil Excavating was contracted for the work.

The approved agreement totals more than $23 million and will add 10 new jobs to the plants operations.

This is a good start, but please don't forget about those in need in North Iowa. Give if you can.

North Central Iowa RSVP Director Molly Andregg presented a report to the Winnebago Board of Supervisors during their meeting on Dec. 3. Andreg…

A worker flattens the dirt left in the footprint of the former Cancun Mexican Restaurant as a crew demolishes the building on Wednesday in Mason City.