There’s no one on the East Central bus as driver Jody Holmes pulls out from Mason City's Central Park Transit Station at 9:30 a.m. on Wednesday morning as the rain trickles down almost imperceptible.

This isn’t his usual route. Holmes normally drives the northeast route but that had to be temporarily suspended from the fixed-route schedule because of concerns about COVID-19 from certain drivers.

Holmes, who has been driving for 15 years, said that one driver, a 79-year-old man, cut out for health concerns.

"We’re down a lot of drivers," as he put it. And even finding substitutes has been tough.

As the longest-tenured driver that Mason City public transit has, Holmes said that it’s never been this slow before. Where he used to have ridership that would average at least 25 or so, he’s only had 14 more recently and that’s up from days before.

Over the course of the 30-minute ride, two people get on: One man near the Old Garfield School Neighborhood who is bespectacled and fitted with a stocking cap and the other one wearing a red and blue checkered flannel shirt. The first rider emphasizes to Holmes that "Unless I need groceries, I’m not going out."

How do you become infected with the coronavirus?

And that's the exact sort of concern that Mason City officials are trying to allay at this time. To do it, the public transit department has made some major changes to its current way of doing things.

According to Transit Operations & Safety Manager Dylan Schulte, his department has been working hard to keep routes running as normal while making them as clean and safe as possible for passengers.

He said that the buses, as well as the transit station, have been "thoroughly cleaned" and disinfected, on top of regular sanitary guideline, with help from the Mason City Fire Department.

Along with the cleanings, his department waived fares to keep driver interactions with riders to a minimum in this present epoch of social distancing. In conjunction with that, congregating isn’t allowed at the Central Park terminal. And citizens have been asked to limit bus rides for essential services such as trips to the grocery store, the hospital and work.

On the West Central ride at 8:30 a.m. with an older driver who prefers to just be called Darryl, there's only one rider on the bus when it leaves the station.

She gets off at MercyOne's main campus and then there's no one riding. No one sitting on the weathered but not freshly stained or mussed up gray seats that go two-by-two in Noah’s Ark fashion. (Aside from a few wet footprints and thin conglomerations of dirt, the floors are clean enough.)

Fleet Farm stop: No one. MercyOne North Medical Center West stop: No one. Indianhead Square: Same deal. Nobody. To occupy moments of time, Darryl, who is sporting a jean jacket and a khaki ball cap and sipping from a metallic black thermos, stretches out his right hand over the deposit slot to do a mini exercise to keep his fingers limber.

When he stops in the parking lot that overlaps businesses such as Kohl's and PetSmart he shares what ridership has been like lately.

As the ride starts to loop back toward the terminal, the bus is still vacant.

When Darryl finally parks back at Central Park to complete the route, five people get on and he shares that, in his 14 years, it’s never been as slow as it is currently. Despite his age, he said that he’s "Not worried about driving at all."

He too isn't a nervous wreck about any possible hazards. He too is more than aware of the downturn in ridership even with the precautions public transit is taking.

During his route at 10 a.m., about five total riders get on and off including one who has the big-ticket item of this current time: toilet paper.

Only one at the start: A guy wearing Dallas Cowboys Super Bowl champions hoodie while, appropriately enough, Garth Brooks' "Good Ride Cowboy” is playing on the radio.

"Life's a Highway, there's only one way you're gonna get through it," Brooks belts in the song's chorus. But for now, in Mason City, when the proverbial whistle blows at 5 p.m. there aren't exploding crowds of people getting onto the buses. But if that does happen, public transit is prepared.

Thinking locally during a global pandemic.

"It’s completely counter to the ability to come together at a very difficult time."

Even as a global pandemic and its attendant global recession have dominated nearly all facets of life in the past month-plus, Mason City gover…

As businesses across Cerro Gordo County move toward re-opening, many of the effects of the ongoing COVID-19 pandemic have stayed in place.

With a holiday this weekend, Mason City residents will need to make some tweaks to any city-involved plans they had.

Hawkeye Harvest Food Bank will shut down next Wednesday, March 25, and re-open sometime in April.

Along with the need to approve the annual budget, which will have $29.8 million in capital project expenditures, the council members are also being asked to greenlight bid notices for more than one project with a six-digit price tag.

By early-Tuesday afternoon, school food services workers at two different school locations got more than 200 meals to students and families in the district.

Garner-Hayfield-Ventura Community School District Superintendent Tyler Williams said he has COVID-19, according to a press release he wrote an…

Hy-Vee Inc. is giving a front line employee appreciation bonus to all of its part-time and full-time store employees.

With the recent COVID-19 pandemic, thermometers are not readily available for purchase in the community or online. CG Public Health is seeking…

When it comes to social distancing, Iowans are doing so-so.

"You explain to me then what’s the difference between .08 and .081 as far as breaking the law versus your seatbelt?"

"Well, they might be looking for a new mayor. Not a big deal."

Man missing after falling from fishing boat in Worth County

A search has begun for a man who fell out of a fishing boat on the Winnebago River near Hanlontown around 1:20 p.m. Friday.

Police officers, fire fighters and paramedics have had to put in place new policies and procedures as precautions to prevent the spread of the virus.

At the same press conference, it was also announced that 40% of businesses surveyed are looking at possible layoffs but trying to avoid them.

Anyone in Mason City looking to make use of the wide array of playground equipment and park shelters around town will now have to reconsider.

The best way to protect the data on your laptop 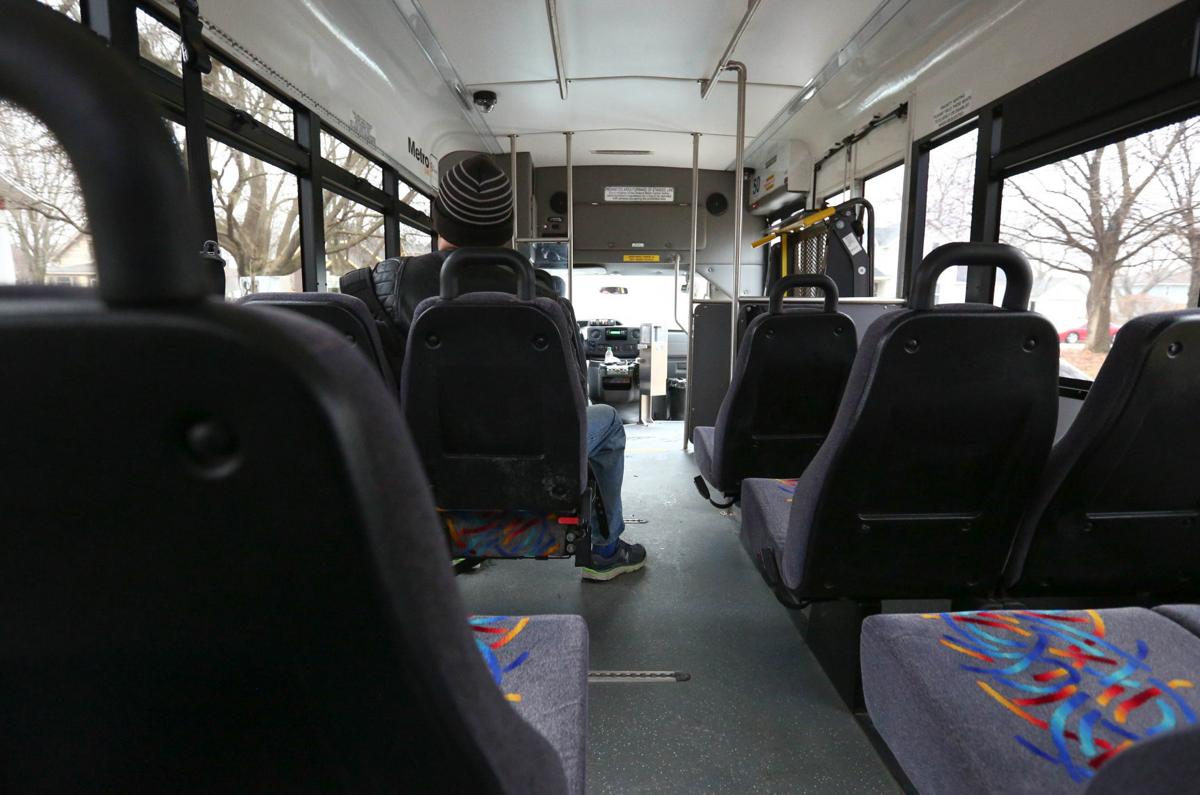 A man rides on a Mason City Transit bus on Wednesday morning. 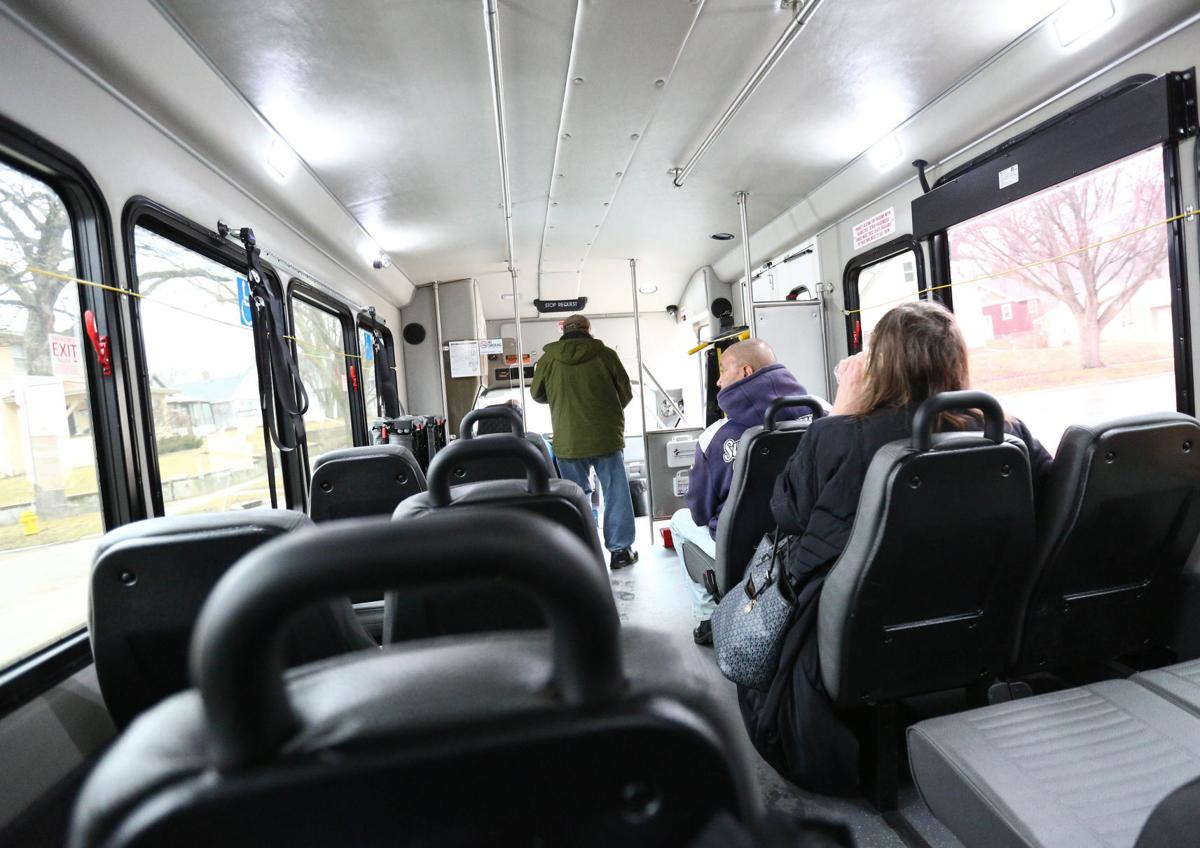