Become a Member
Read Today's E-edition
Share This
North Iowa Nitty Gritty: Goats on the Go isn't kidding around when it comes to landscaping
0 comments
Share this 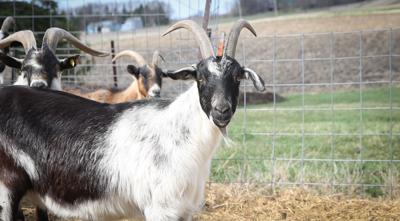 At least once in the past several years, Klemme resident Ben Petersen has had to monitor a goat stuck in a tree as a part of his job. It comes with the territory now.

Since 2018, Petersen has worked as a North Central Iowa affiliate for the Ames-based Goats on the Go to clean up park areas, abandoned properties and even yards with a herd of about 40 goats and without the assistance of mowers, chainsaws and chemical sprays.

"In our opinion, they’re not always going to replace those things but it’s another tool in the toolbox. They’re a lot safer to use around water and lakeshore because there are no chemicals to worry about and (you get) free fertilizer of course," Petersen said.

According to Petersen, another major benefit of the goats is that they like to eat invasive species such as honeysuckle and will chow down on wood when needed. If that weren't enough, they don't mind going high.

"These guys when they stand on their back feet they’re about six feet tall. That’s why goats work so well, they’re willing to get up on their feet and really go at it," he said.

North Iowa Nitty Gritty is a new series from the Globe Gazette highlighting interesting and unusual jobs around North Iowa.

Know someone in the area with a particularly nitty, gritty job? Email Jared.McNett@globegazette.com and their work could be featured in a subsequent installment of our series.

The way the process works is that Petersen will bring the number he needs to an assignment via trailer, and then steadily move the herd across the landscape that they'll be working that day.

"If they say they want to graze two acres, we’re not going to set up one big two acre area. We’ll make smaller areas, concentrate them in those areas and then just keep moving them down," Petersen said.

Goats on the Go isn't the only business that utilizes goats for vegetation maintenance in the North Iowa area.

The Ventura-based Get Your Goat has done work since 2017 to clear unwanted and overgrown vegetation. One of the co-owners of the business, Tammy Domonoske, had previously hired Goats on the Go's Ames operation to graze in Ventura's McIntosh Park in her capacity as manager there.

"My staff and I have been cutting and treating invasive species for several years and not getting ahead of the problem," Domonoske said in a September 2016 article from the Globe Gazette.

For a 2019 piece, Domonoske shared that she and her business partner Deb Paschao book appointments from May to October for their nine goats and keep them in a pen replete with climbing toys and trampolines during their downtime.

Goats to graze on nuisance vegetation in Ventura's McIntosh Woods

The idea of putting goats to work in such a way isn't limited to North Iowa or even the state as a whole.

In 2015, a nature center in neighboring Wisconsin used 32 goats to clear out about 400 acres of unwanted vegetation. Per an article from the Natural Resources Foundation of Wisconsin, Ben Robel, who owns Vegetation Solutions LLC, brought the goats in to remove several invasive species such as "autumn olive, common buckthorn, and burdock, as well as aggressive species including poison ivy and prickly ash, all within a few days."

A 2018 article from the Sierra Club reported that just one goat-centric businessperson in California, Mike Canaday, had been doing business for 15 years and had 3,500 goats for his Living Systems Land Management company.

"Across California and the West, goats are being dispatched to overgrown patches of land to chomp down vegetation and help create firebreaks to prevent fires from jumping from wildlands to homes and businesses," author Jodi Helmer wrote in the piece. "Thanks to their voracious appetites—goats can eat up to 10 pounds of vegetation per day—and ability to navigate difficult terrain, the ravenous ruminants are on the front lines of fire prevention."

During the grazing season, Petersen, who works a farm in Klemme, said that working with Goats on the Go takes up a majority of his time. Right now he's waiting for everything to start getting leaves and growing. As soon as that happens, he said that the goats can start and then go through the fall.

Petersen relishes that time of year — and not merely because it's become a viable business for him.

"It’s definitely rewarding to watch what the animals can do and knowing that it’s a sustainable method. It’s live animals out there doing the work," he said. "It’s something they like to do anyway. It’s food they want to eat. We’re just putting them to work is all."

The future is bright for the Joice Public Library

After a devastating fire in September 2018, the town has a new facility for everyone in the community to enjoy.

Cerro Gordo County Conservation Board: Wait to mow, save some birds

Roadside ditch mowing is restricted until July 15, to protect young pheasants and other ground-nesting birds until they're able to fly. 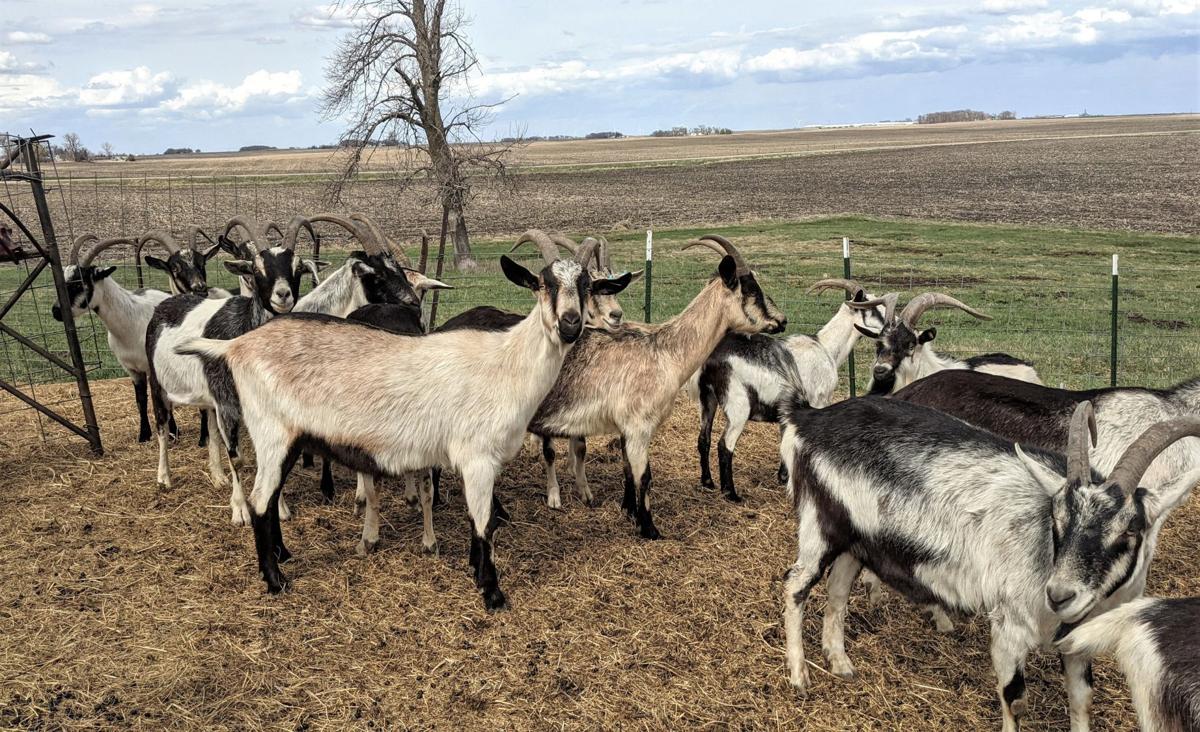 Around 40 goats live on the farm that's home to the North Iowa satellite location of vegetation-removal business Goats on the Go. 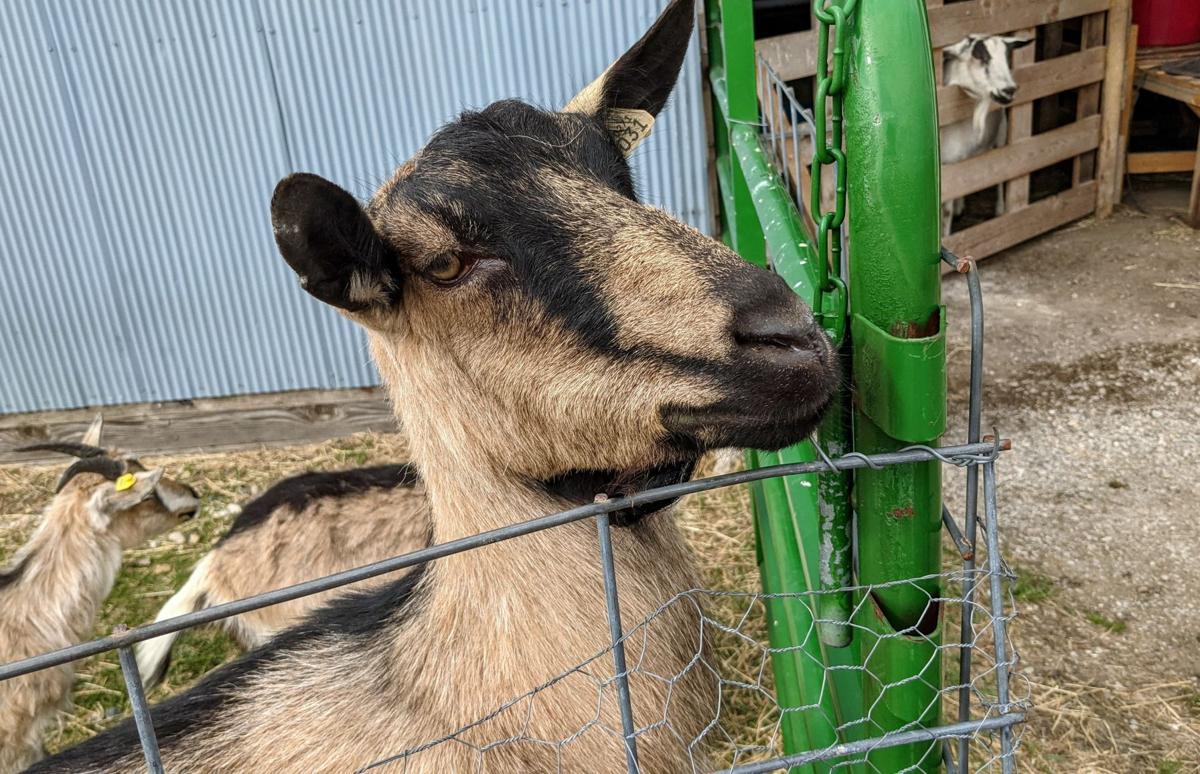 This goat is a good girl. She likes chin scratches and nose boops. She also eats vegetation with her family at Goats on the Go. 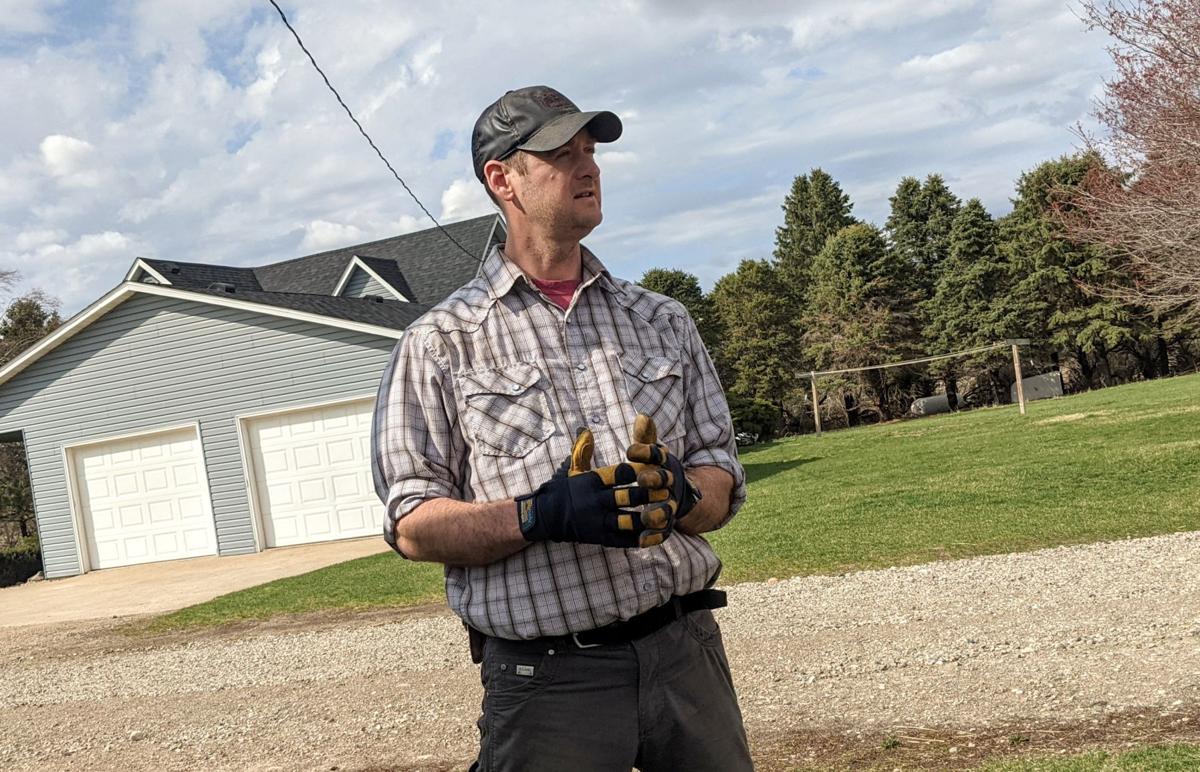 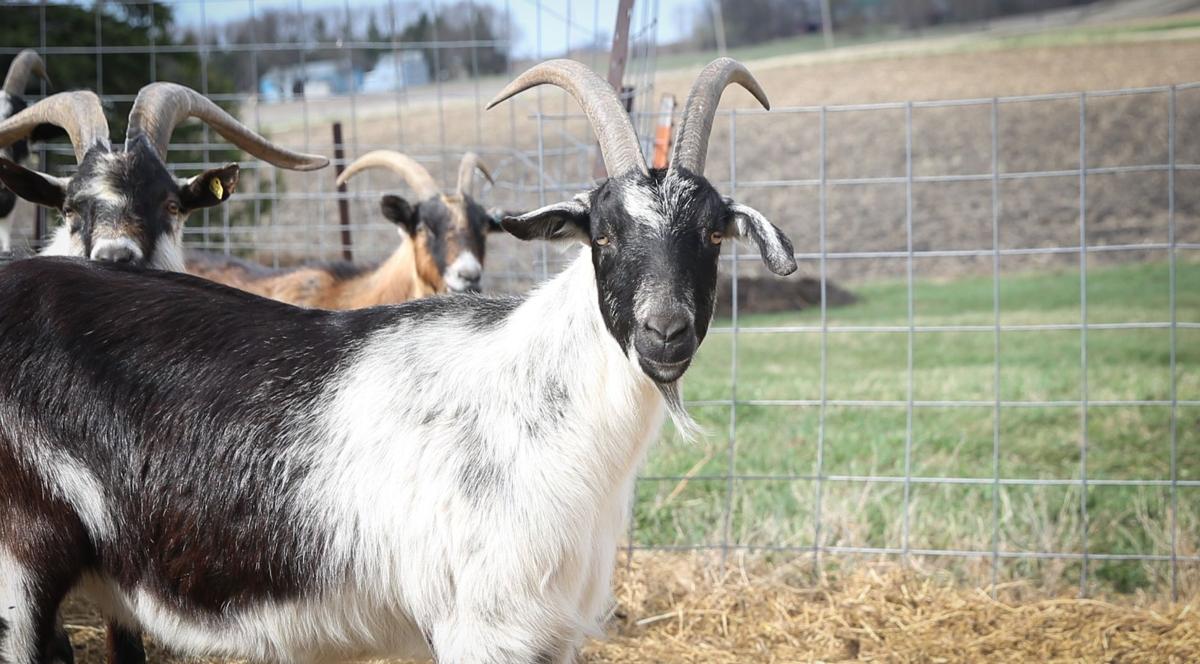 Goats on the Go 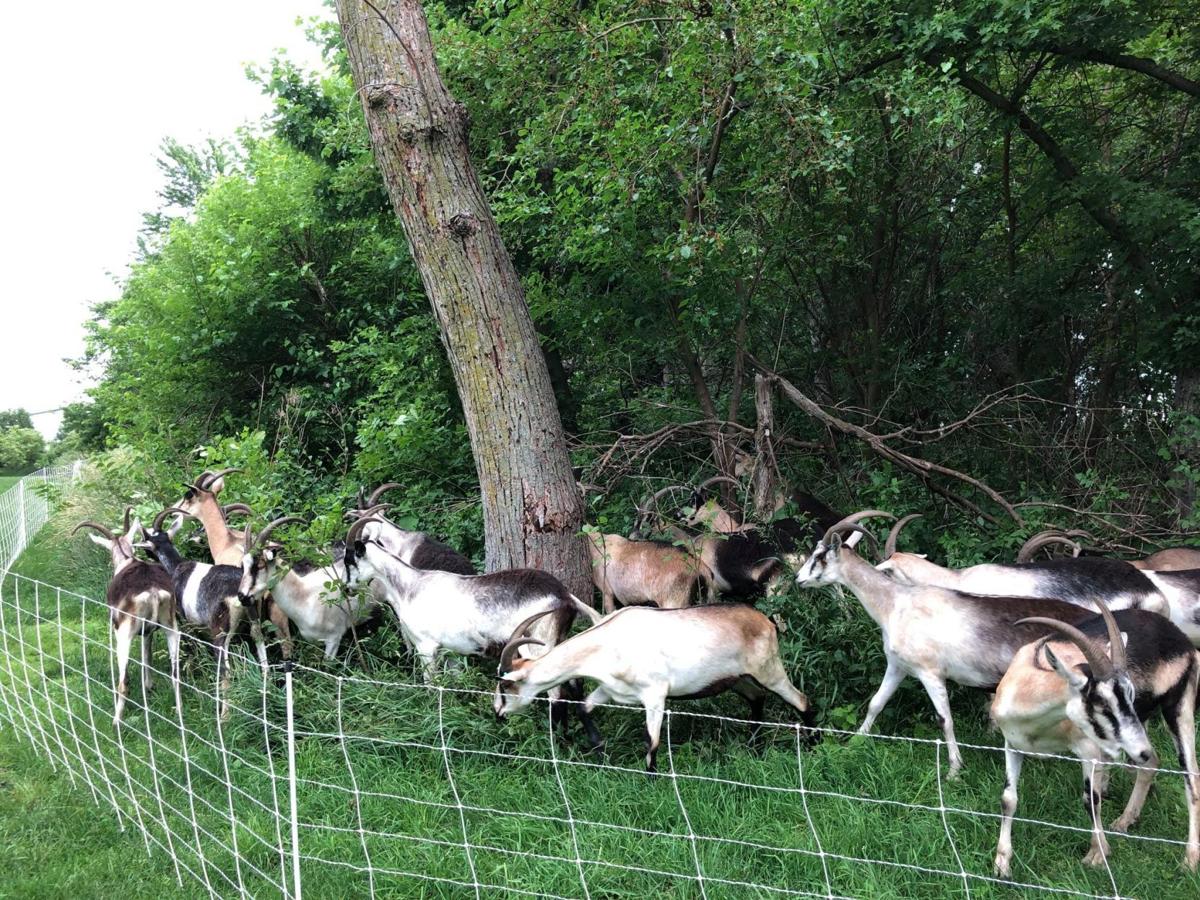 When Ben Petersen works a job as part of North Central Iowa Goats on the Go, he said he'll steadily move them across the landscape they need to clear, rather than turning them lose in one wide-open space.