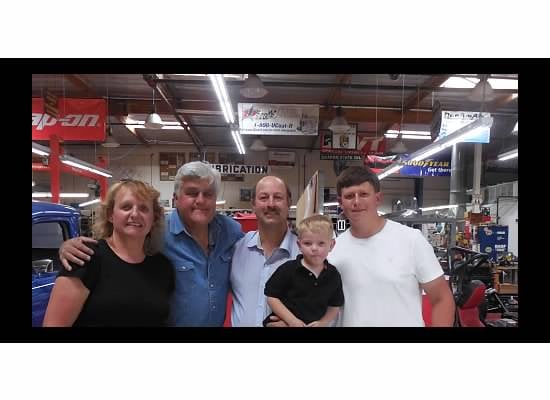 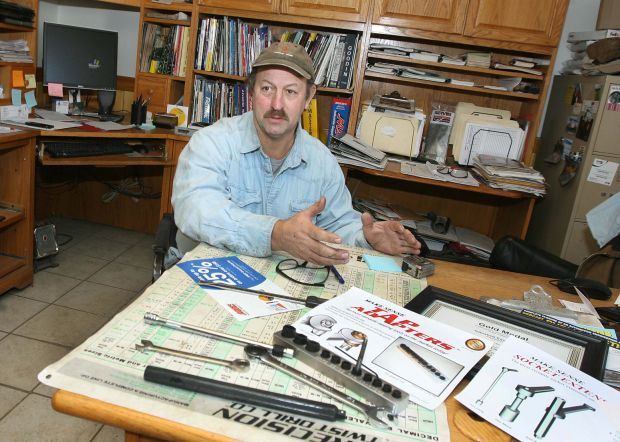 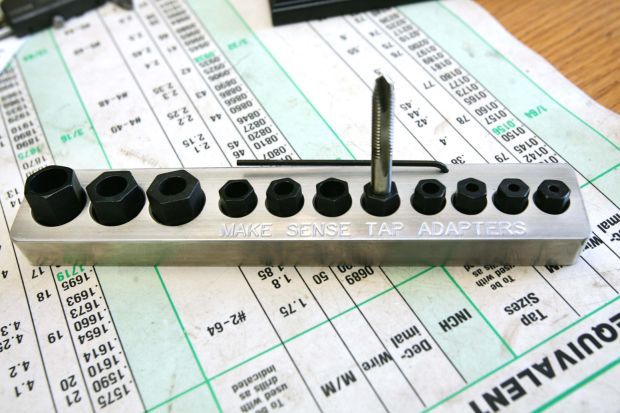 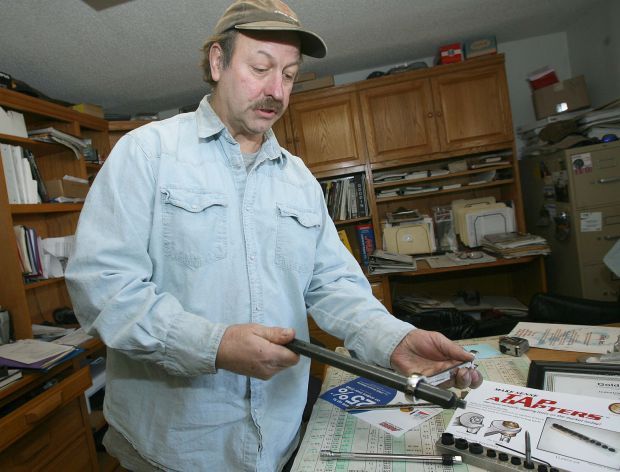 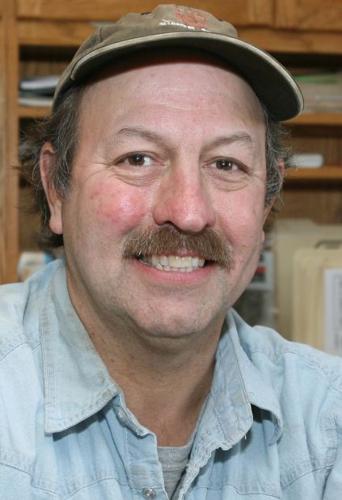 JOICE | Joice manufacturer Eliot Evans may not be famous quite yet, but his recent invention known as a tap adapter has attracted the attention of "Tonight Show" host Jay Leno among others.

"I thought it was one of my friends pulling a joke on me," said Evans, 52, of the evening he received a call from a person claiming to be Jay Leno. "But it sounded just like (Leno)."

Leno was responding to information Evans had sent to him and four other celebrity mechanics about Evans' patented inventions: the tap adapter and the socket extension.

Evans had introduced his two inventions at INPEX (Invention and New Product Exposition) held in June in Pittsburgh. It is billed as the largest invention trade show in the nation, providing a forum for inventors to exhibit their inventions and attempt to make contacts with companies interested in licensing , marketing or manufacturing new products.

Evans thought INPEX would be the ideal place to gauge the reaction of others to his tools.

His tap adapter is a piece of metal that adapts any tap — a tool that cuts internal threads — so that a standard wrench can be used on it. The tap adapter won a Gold Award at the trade show and was named a finalist for Plant Engineering Product of the Year.

The other invention he showed was a socket extension, a piece of metal used with a socket so a wrench can be used on the socket at any location. Sockets are tools used by mechanics on recessed bolts, Evans said.

Leno, whose love of cars and motorcycles has been well-publicized, asked Evans if he'd ever been to California. He told him he was tired of having to get everything from China and said he wanted to help out people like Evans, small U.S. manufacturers.

"The Tonight Show" host told Evans to contact his producer and set up a meeting with him. It took several months to arrange, but Evans and his family met with Leno in October at Jay Leno's Garage in Los Angeles.

The garage is actually three huge buildings surrounded by a steel gate, Evans said. In it, Leno stores his approximately 160 rare autos and 80 motorcycles. He employs a staff of seven full-time mechanics to take care of his machines.

"He has a huge machine shop," Evans said. "He has all the latest and newest equipment to make his own parts."

Leno, who was dressed in blue jeans, filmed a video for You Tube in which he interviewed Evans about his inventions. He talked about the inventions and pointed out that Evans is from Iowa.

He also invited Evans, Evans' wife Barb and sons Ethan, 14, and Chase, 4, to have pizza and look over his cars.

"He was a down-to-earth, super-nice guy," Evans said.

Leno also signed a framed document explaining the tap adapter that Evans keeps as a memento of their visit.

Evans said he has already received orders because of the You Tube publicity and is attempting to find a distributor to get his devices into retail outlets.

In business for 25 years, he previously depended upon customers such as Holcim Cement Co. in Mason City and Cummins Filtration plant in Lake Mills, companies that have since closed.

He is now hoping to appeal to a broader market.

In the meantime, he is working on other inventions. They take time and money to produce, he said.

"I had to make a bunch of new tooling to make them," Evans said of his completed inventions.

"I always had a lot of ideas but didn't do anything with them," he said. "I thought there's got to be other people that have the same problems I have who could benefit from these tools."

Deputies and firefighters rescued five people who were camping and later stranded on a sandbar along the Wapsipinicon River. The people, as well as three dogs, avoided injury.

3 Retirement Strategies That Run Circles Around a 401(k)

Maxing out your 401(k) may not be the absolute best way for you to fund your retirement.

US inflation slips from 40-year peak but remains high 8.5%

U.S. inflation slowed to 8.5% in July as falling gas prices gave Americans a slight break from a 4-decade peak earlier in the summer.

What insurance will a student need before heading to college? Find out on the PennyWise podcast!

Don't forget insurance before sending your child off to college. Learn more on the PennyWise podcast.

These tried-and-true strategies will work for just about anyone.

As prices surge, store brands have become an attractive option, but their origins remain largely secretive.

Don't wait until you're on the cusp of retirement to snag a higher payday.

How to 10X Your Retirement Savings While Barely Lifting a Finger

Small steps can add up to significant savings.

You might not get there, but you can still beef up your benefits by a lot.

Why you should reframe your relationship to money

Why you should reframe your relationship to money

How inflation is impacting the way people spend their money

How inflation is impacting the way people spend their money

Major credit card mistakes to avoid when times are tough

Major credit card mistakes to avoid when times are tough