Become a Member
Read Today's E-edition
Share This
'It's been really rough for us:' Money short, time long for Clear Lake hair stylists
1 comment
Share this

Rae Francis can’t wait to get back into her salon.

She misses the schedule, the work and the conversations with her clients.

“I’m probably going to see some crazy color corrections and some crazy haircuts,” Francis said with a laugh. “But I’m up for the challenge.”

Rae’s Salon, located at 13 Plaza Drive in Clear Lake, and other salons have been closed since March 23 in an effort to reduce the spread of COVID-19 across the state.

Gov. Kim Reynolds extended the closure of salons, bars and restaurants and other non-essential businesses until April 30 earlier this month as part of her State Public Health Emergency Declaration.

Francis, who’s owned her own hair salon for the past 13 years, said she books appointments with her clients weeks — even months — out, and in the spring, which is when high school proms and weddings usually take place, she’s even busier.

So with the closure of her salon through the end of April, she has a lot of appointments to reschedule, at least 100, she said.

Francis, who is usually closed Mondays, said she’ll likely be working 12-hour days, six days a week to get all her clients in when she re-opens.

“I’ll make it work,” she said. “I’ll work pretty much any day, every day, come in early and stay late. I want to help as much as I can.”

Francis, who is married with three children, said the salon is her only source of income.

She said she’s going on her fourth week without income. She’s applied for small business grants and unemployment benefits, but hasn’t received word on either yet.

“This has definitely been a little trying as a single business owner,” Francis said, noting the assistance processes and the information related to COVID-19 have been overwhelming.

Fortunately, her husband is still working at Serta Mattress Co. in Clear Lake, and she’s able to help their elementary-aged children with their online schoolwork while she’s home.

Becca Sweers, owner of StudioB in Clear Lake, said she, too, can’t wait to return to work, but she wants to make sure when she does it’s safe for her, her employees and the community.

She said each one has at least 20 appointments on the books a week, but with so much uncertainty about when Reynolds will allow them to reopen, they haven’t started rescheduling appointments yet.

“It’s been really rough for us, for our business,” Sweers said, adding that StudioB recently celebrated its third anniversary. “We’re losing a huge profit by being off.”

Once they get the OK to reopen, Sweers said she and the stylists, who usually work between four and five days a week, will probably work five to six days a week, for awhile trying to fit in displaced appointments among those already booked for May, June and July.

Sweers, who is a single mother of a little girl, said she’s unable to apply for unemployment because she’s not a W-2 employee, so she’s doing the best she can to reduce expenses and do what she needs to do for her and her daughter.

She’s applying for small business grants for StudioB, deferring loans and other things to preserve the business.

Sweers misses her colleagues, who are her best friends, and her clients as well as being in a space where she feels good by helping others feel good.

“It’s really hard not to be there,” she said. “I’m grateful I have a great time and great clientele.”

Clear Lake may have to revise its road construction schedule later this year due to an anticipated reduction in state funding.

Cerro Gordo County is putting $100,000 into the fund prioritized for businesses of 25 or less.

Long-time Mason City doctor Steven Goetz has left Mason City, but not before receiving a mobile going away party.

The benefit planned for the Clear Lake woman who was seriously injured in a two-vehicle crash earlier this year has been moved online due to the COVID-19 pandemic.

Let’s face, you’re bored. If you are reading this article, it probably means that you have at least a passing interest in sports, and right no…

A Mason City screen printing and embroidery shop wants to help small businesses in North Iowa during the COVID-19 pandemic.

More than 200 employees at the Sioux Falls location have tested positive for COVID-19.

The triathlon that draws hundreds of athletes to run, bike and swim in Clear Lake annually has been postponed.

With much of the country currently trapped inside, thoughts turn quickly to the outdoors.

During the latest weekly COVID-19 press conference from Mason City officials on Wednesday afternoon, there wasn't a single topic of focus or j…

Full-time teachers within the Clear Lake Community School District will receive a raise next school year.

The money is meant to replace lost revenue resulting from the sharp decline in passenger traffic and other airport business.

Clear Lake is doing its part to help small locally-owned businesses struggling during the COVID-19 pandemic. 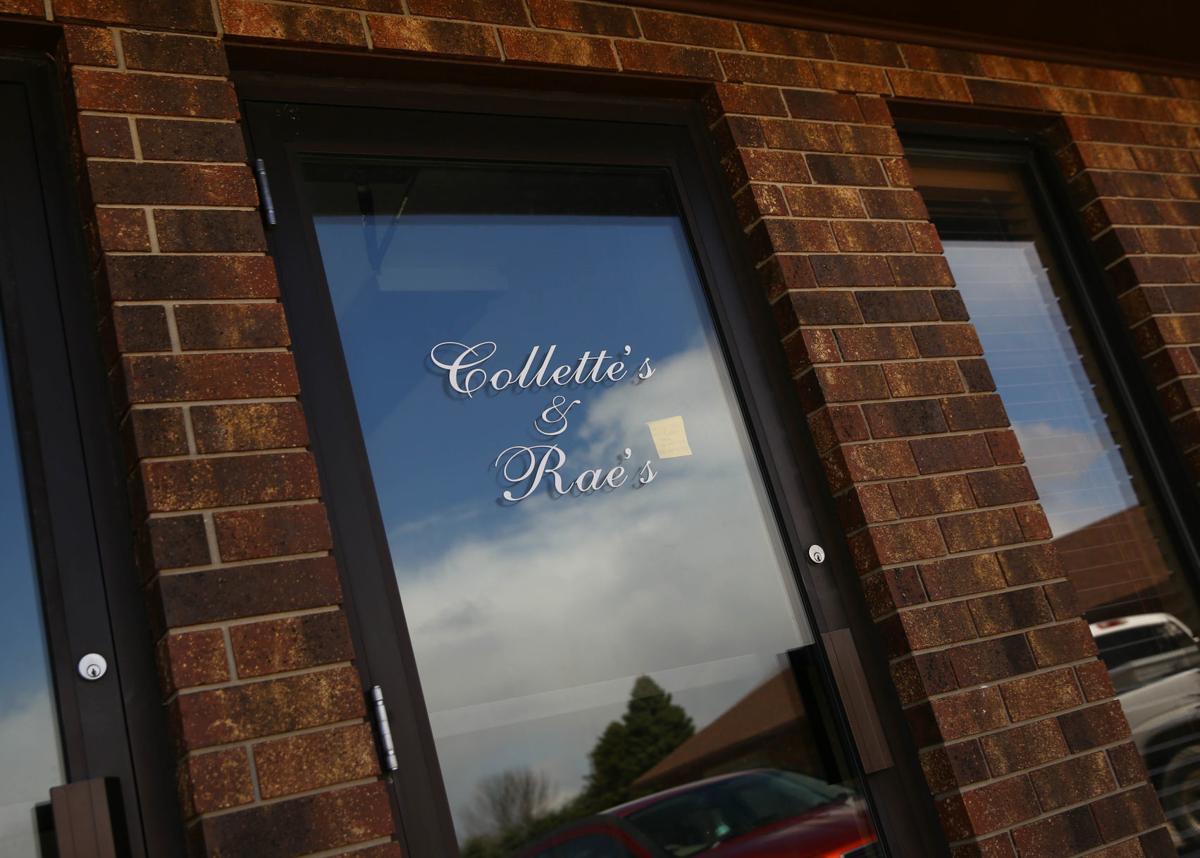 A sticky note inside the door Collette's and Rae's Salon, on Plaza Drive in Clear Lake, states the business is closed until further notice and lists the phone numbers of each of the owners. 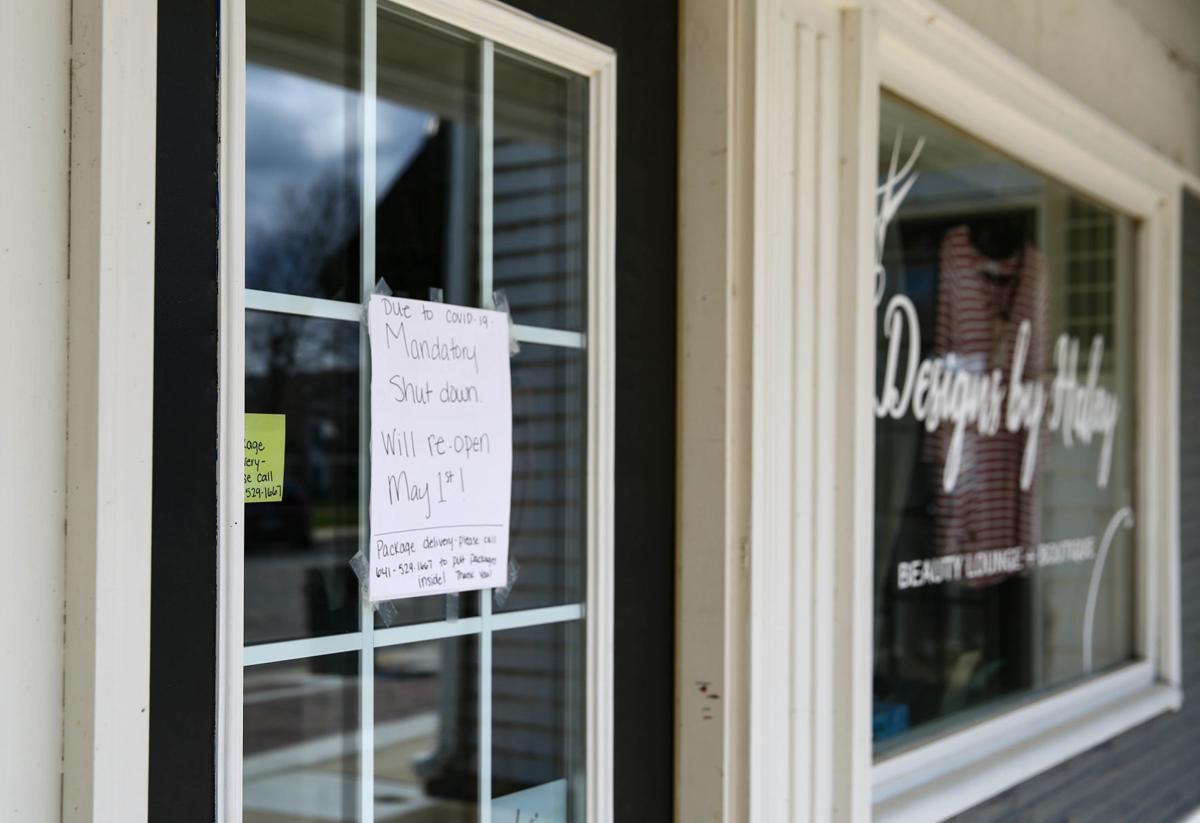 Designs by Haley Beauty Lounge and Boutique on Third Street North in Clear Lake is closed until May 1 due to the COVID-19 shutdown.