Thursday in Mason City is set to be a prominent discussion day.

The Mason City Chamber of Commerce at 8 a.m. will host a "State of North Iowa" forum at the city's new multipurpose arena to report to business and government leaders, as well as residents, what progress has been made and what progress is to come.

Then, at 3:30 p.m., Gov. Kim Reynolds, and Lt. Gov. Adam Gregg will take part in a roundtable with Main Street Mason City at the North Iowa Regional Commerce Center.

The stop is part of a two-day swing Reynolds and Gregg are making through seven different Iowa towns to talk about community concerns such as education and workforce initiatives.

In recent days, the governor has pushed for spending increases while also announcing the formation of a new state bureau.

Last week, legislators gave tacit support to to Reynolds' $8 billion budget recommendation which calls for a 4.4 percent boost, or nearly $343 million more, than the $7.75 billion that will be spent this year. Within that budget, that would be $100 million in increased aid to K-12 schools as well as a $167 million funding increase for Medicaid.

Reynolds has also been big recently on forming a state-level bureau that would focus on helping schools protect students and staff from threats like school shootings.

Her idea is to provide $2 million to add special agents who can work with local law enforcement, school administrators and others to effectively communicate and coordinate on preventive measures such as training, reporting and investigation.

The push comes about two years after Reynolds signed a law requiring each of Iowa’s 327 school districts to submit safety plans and undergo training drills, a law that was passed in the wake of the Parkland, Fla. shooting where a gunman killed 17 people at the Marjory Stoneman Douglas High School before being apprehended by authorities.

In discussing the plan, Reynolds mentioned the rash of shooting sprees in schools and public spaces but didn't address the issues of gun access in particular.

"News headlines about school shootings and threats at unsuspecting communities across America are becoming all too common," she remarked.

The Mason City event is the last of the week for Reynolds and Gregg.

Gov. Kim Reynolds said her re-election campaign raised more than $1.3 million in 2019. The campaign claimed it was the most raised by a candidate in the year immediately following an election.

But with tension from last year’s vetoed measure still echoing, efforts may be more tempered this time.

The Mason City CSD School Board approved an agreement with Iowa NET High Academy to establish a new alternative education program for students at risk of dropping out of school. 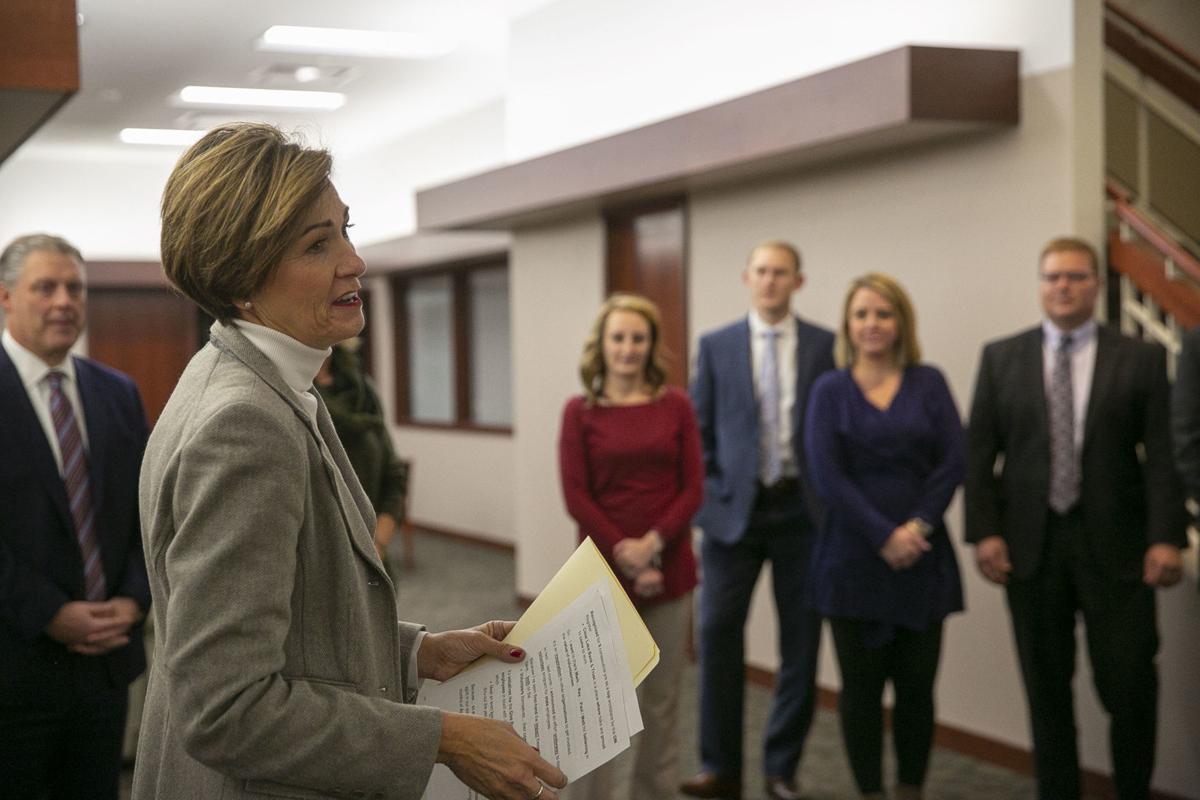 Gov. Kim Reynolds speaks to Clear Lake Bank & Trust staffers Tuesday as she honors them as a Give Back Iowa Challenge Winner among medium sized Iowa businesses. 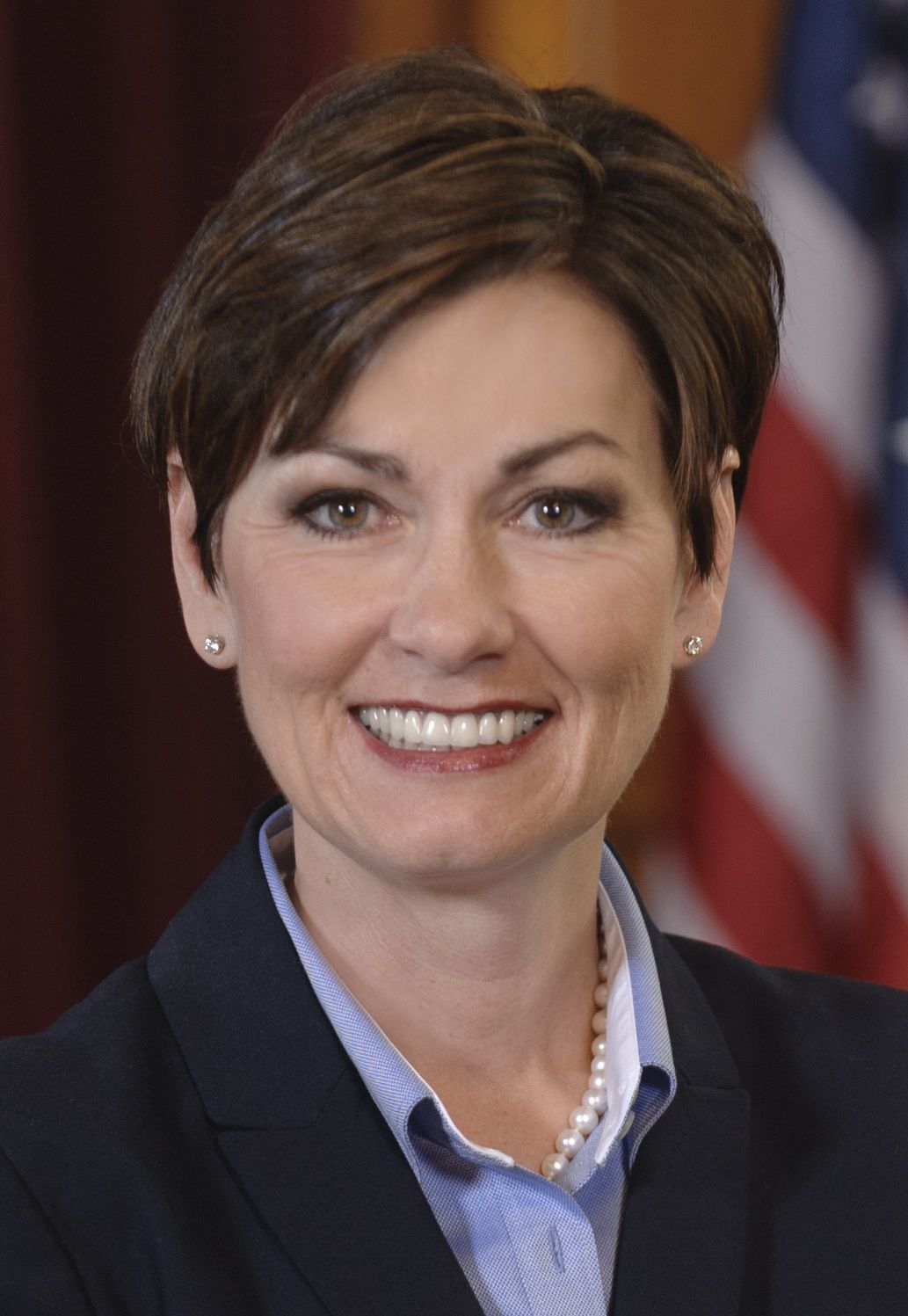